Indian investigators on Sunday began examining the black box of a Boeing-737 that overshot a runway on its second attempt, killing 18 people in the country’s worst aviation accident in a decade.

Prime Minister Shinzo Abe will refrain from visiting the Yasukuni shrine for war dead on the 75th anniversary of Japan’s defeat in World War Two, Jiji news agency said on Sunday, but will make an offering on the emotive day, as he has done in the past.

As Beirut mourns its dead and grapples with the scale of rebuilding after this week’s massive blast, some Lebanese activists planned to demonstrate in the city on Saturday, angered by the government’s response to the disaster.

Afghanistan agreed on Sunday to release 400 “hard-core” Taliban prisoners, paving the way for the beginning of peace talks aimed at ending more than 19 years of war.

The operator of a Japanese bulk carrier which ran aground off Mauritius in the Indian Ocean apologised on Sunday for a major oil spill which officials and environmentalists say is creating an ecological disaster.

U.S. Secretary of Health and Human Services Alex Azar arrived in Taiwan on Sunday as the highest-level U.S. official to visit in four decades, a trip condemned by China which claims the island as its own, further irritating Sino-U.S. relations.

An earthquake of magnitude 5.1 struck the province of Kermanshah in western Iran on Sunday, Iranian state TV reported.

British Prime Minister Boris Johnson said reopening schools in September was a social, economic and moral imperative and insisted they would be able to operate safely despite the ongoing threat from the pandemic.

Lebanese call for an uprising after protests rocked Beirut

Some Lebanese called on Sunday for a sustained uprising to topple their leaders amid public fury over this week’s devastating explosion in Beirut, and the country’s top Christian Maronite cleric said the cabinet should resign.

Coronavirus case emerges at second mine in Papua New Guinea

The novel coronavirus has been detected at a second mine in Papua New Guinea, after an employee at the Lihir Mine owned by Newcrest Mining Ltd tested positive for the disease.

Britain appointed on Sunday a commander to lead its response to tackling illegal small boat crossings across the Channel, creating a new role after a spate of migrant arrivals on the southern English coast.

At least three people were killed when torrential rain and thunderstorms caused widespread flooding on the Greek island of Evia over the weekend, officials said on Sunday.

Lebanon’s Information Minister Manal Abdel Samad announced on Sunday her resignation, citing the failure of the government to carry out reforms and the catastrophic explosion that rocked Beirut on Tuesday.

Belarus began voting in an election on Sunday pitting President Alexander Lukashenko against a former teacher who emerged from obscurity to lead the biggest challenge in years against the man once dubbed “Europe’s last dictator” by Washington.

Seven die in fire at COVID-19 hotel facility in India

At least seven people died after a massive fire broke out at a hotel that was being used as a COVID-19 facility in India’s southern Andhra Pradesh state early on Sunday, police said.

The Philippines on Sunday recorded 61 more coronavirus deaths, the highest daily increase in fatalities reported since July 18, taking the country’s death tally to 2,270.

Hong Kong reported 72 new coronavirus cases on Sunday, of which 63 were locally transmitted, as authorities continued efforts to contain a resurgence of infections in the global financial hub over the past month.

Most Spaniards think ex-King Juan Carlos should not have left, opinion poll finds

Nearly two-thirds of Spaniards believe former King Juan Carlos, who left the country this week amid a financial scandal, should not have gone abroad, according to an opinion poll published on Sunday.

One dead, 34 injured as Polish bus runs off highway in Hungary

One person was killed and 34 injured early on Sunday when a bus carrying Polish passengers ran off a motorway in Hungary into a ditch, a spokesman for the national emergency services said.

Australia’s second-most populous state, Victoria, reported its deadliest day of the COVID-19 outbreak on Sunday, with 17 people dying, as police thwarted a planned anti-mask rally in the capital of Melbourne.

New Zealand marked 100 days without a domestic transmission of the coronavirus on Sunday, but warned against complacency as countries like Vietnam and Australia which once had the virus under control now battle a resurgence in infections.

Lebanon’s Christian Maronite Patriarch Bechara Boutros al-Rai called on the cabinet on Sunday to resign if it cannot “change the way it governs” the country and help it to recover from Tuesday’s catastrophic explosion.

French President Emmanuel Macron will host U.S. President Donald Trump and other political leaders on Sunday for a U.N.-endorsed donors’ conference by video to raise emergency relief for Lebanon following this week’s massive explosion in Beirut.

Russia reported 5,189 new cases of the novel coronavirus on Sunday, bringing its nationwide tally to 887,536, the fourth largest caseload in the world.

The United States plans to cut its troop levels in Afghanistan to “a number less than 5,000” by the end of November, Defense Secretary Mark Esper said in an interview broadcast on Saturday, adding detail to drawdown plans U.S. President Donald Trump announced earlier this week.

The number of confirmed coronavirus cases in Germany increased by 555 to 215,891, data from the Robert Koch Institute (RKI) for infectious diseases showed on Sunday.

China reported 23 new coronavirus cases in the mainland for Aug 8, down from 31 a day earlier, the country’s health authority said on Sunday.

Mexico’s health ministry on Saturday reported 6,495 new confirmed coronavirus infections and 695 additional fatalities, bringing the total in the country to 475,902 cases and 52,006 deaths.

‘Your time is up’: Thousands protest against Netanyahu over COVID-19 and alleged corruption

Thousands of Israelis rallied outside Prime Minister Benjamin Netanyahu’s residence in Jerusalem on Saturday as anger mounted against him over alleged corruption and an economic crisis fuelled by the coronavirus.

Britain is facing an “unacceptable” rise in the number of boats carrying migrants across the English Channel and would act to send “illegal” entrants back to France, immigration compliance minister Chris Philp wrote in a newspaper article published on Saturday.

British Prime Minister Boris Johnson has ordered a public relations campaign to ensure schools reopen on time in September and said in a meeting that they should be the last places to close even in case of a local lockdown, The Sunday Times newspaper reported.

Brazil’s death toll from COVID-19 is expected to hit 100,000 on Saturday and continue to climb as most Brazilian cities reopen shops and dining even though the pandemic has yet to peak.

Brazil reported 49,970 new cases of the novel coronavirus and 905 deaths from the disease caused by the virus in the past 24 hours, the health ministry said on Saturday.

Belarus police briefly detained and then released a prominent member of the opposition challenging President Alexander Lukashenko in a presidential election, the campaign team said on Saturday.

Ukrainian President Volodymyr Zelenskiy said on Saturday that it was a matter of Ukraine’s national security to stay out of U.S. internal politics, particularly its election.

Lebanese protesters stormed government ministries in Beirut and trashed the offices of the Association of Lebanese Banks on Saturday as shots rang out in increasingly angry demonstrations over this week’s devastating explosion.

Police in London have defended smashing a man’s car window and arresting him on suspicion of selling drugs only to find no drugs in his car, after the man complained of discrimation.

Havana back on lockdown as coronavirus rebounds

Cuba placed Havana back on a strict lockdown on Saturday following a rebound in coronavirus cases, ordering restaurants, bars and pools once more to close, suspending public transportation and banning access to the beach.

A fire tore through an apartment building in northern Czech Republic on Saturday, killing 11 people, including three children and five others who jumped from the upper floors to escape the blaze, local media reported.

The U.S. government supports Lebanese demonstrators’ right to peaceful protest and urges all involved to refrain from violence, the U.S. Embassy in Beirut said on Saturday.

Police said they detained 48 people after protesters tried to stop them arresting an LGBT activist accused of hanging rainbow flags over statues in Warsaw and damaging a pro-life campaigner’s van.

Paris authorities on Saturday imposed the mandatory wearing of face masks outdoors in busy areas of the French capital from Monday as the number of coronavirus infections there rose. 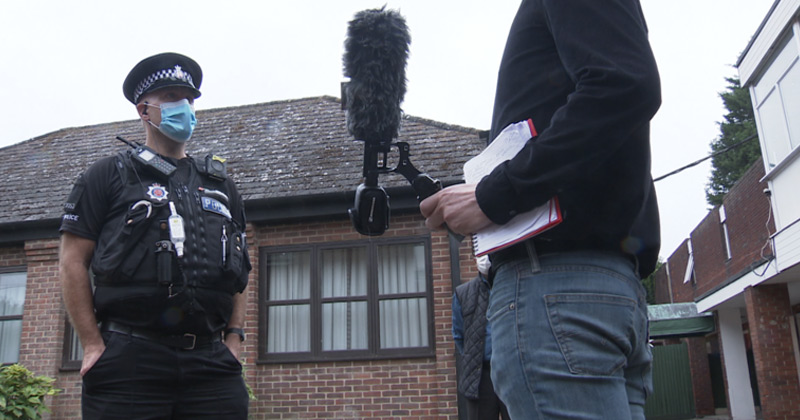 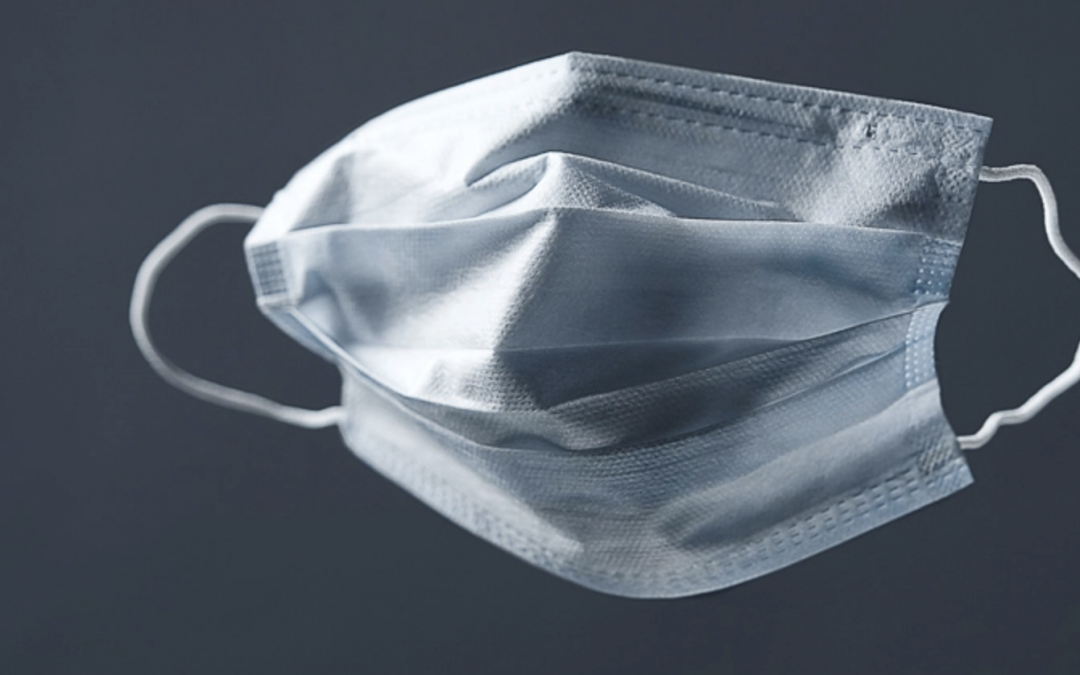 Face masks must be worn outdoors in Paris along the banks of the River Seine and along the Canal St Martin as well as in open-air markets and other places where social distancing is difficult, the Paris prefecture said on Saturday.

Ireland on Saturday reported 174 new cases of COVID-19, by far the highest number of infections since May and up from 98 on Friday and an average of 58 cases per day for the past week.

Beijing’s top representative office in Hong Kong said on Saturday that sanctions imposed by Washington on senior Hong Kong and Chinese officials were “clowning actions” that would not frighten or intimidate Chinese people.

Algeria said on Saturday it will further ease its coronavirus lockdown, including shortening an overnight curfew, lifting some travel curbs and allowing large mosques to reopen.

French President Emmanuel Macron pledged on Saturday to send teams and equipment to help Mauritius deal with an oil spill that environmentalists fear could be a major ecological disaster.

Germany has declared certain regions in Romania and Bulgaria as risk areas after an increase in COVID-19 infections there, as Europe struggles to control an uptick in cases during the summer season.