New York Governor Andrew Cuomo said he wanted to limit nonessential travel from New Jersey and Connecticut as the neighboring states see spikes in novel coronavirus cases and that he would announce new guidance on Wednesday.

Warnings in Michigan, Minnesota over guns at polling places on Election Day

An election official and civil rights groups in two U.S. states that will play a key role in November’s presidential election gave warnings on Tuesday about the potential for armed civilians at polling places sparking violence or intimidating voters.

AstraZeneca Plc’s COVID-19 vaccine trial in the United States is expected to resume as early as this week after the U.S. Food and Drug Administration completed its review of a serious illness, four sources told Reuters.

U.S. reports about 300,000 more deaths than usual during pandemic: CDC

Nearly 300,000 more people have died in the United States in 2020 during the coronavirus pandemic than historical trends would suggest, with about two-thirds of the deaths due to COVID-19 illnesses, according to a report released on Tuesday.

A Kentucky judge ruled on Tuesday that an anonymous grand juror may speak publicly about the evidence that the state attorney general presented in the shooting death of Breonna Taylor by police officers.

A U.S. judge on Tuesday ordered the release of a deposition that British socialite Ghislaine Maxwell gave in 2016 related to her dealings with the late financier Jeffrey Epstein, and which she had fought to keep under wraps. 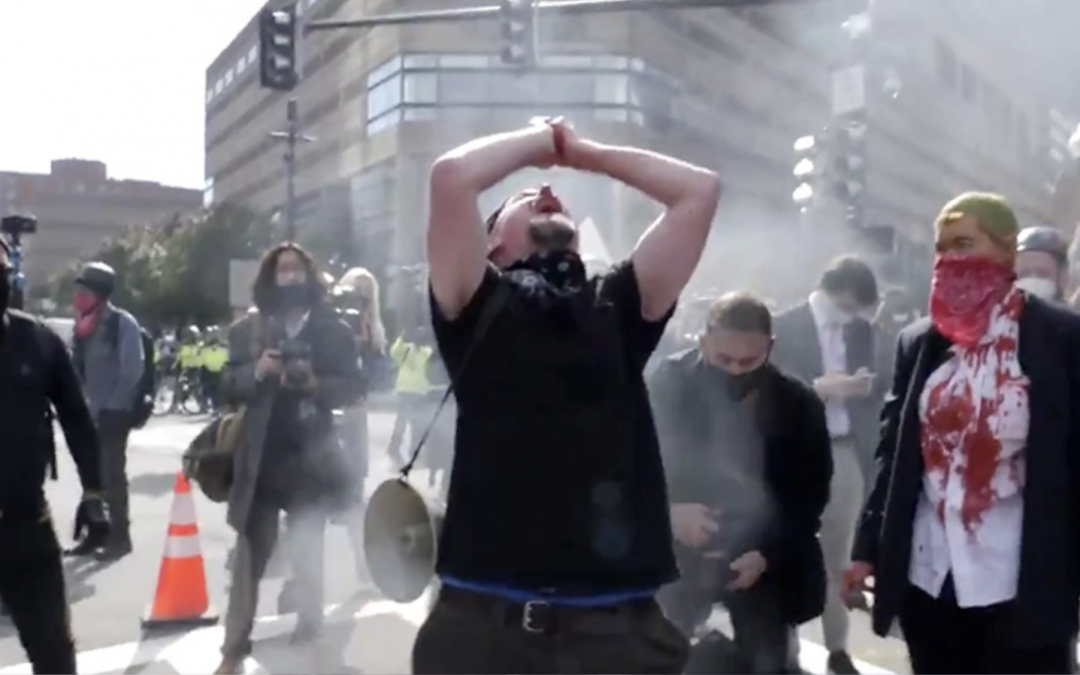 Republicans are running short of time, money and options to stop Democrats from winning a majority of seats in the U.S. Senate, and with them full control of Congress, in an election that is now only two weeks away. 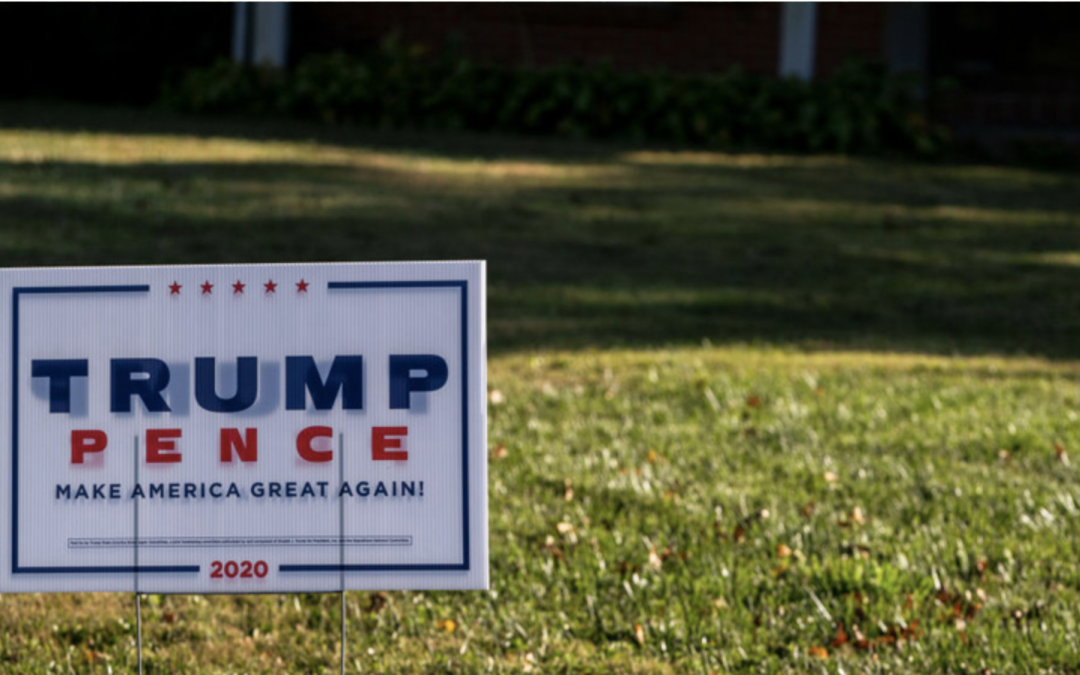 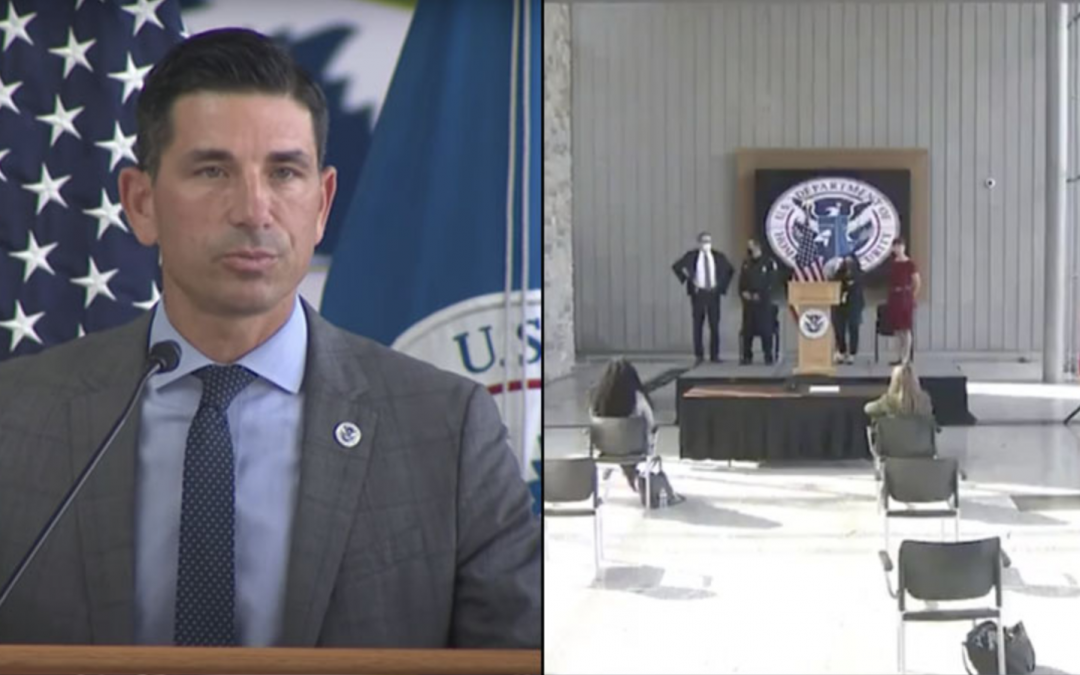 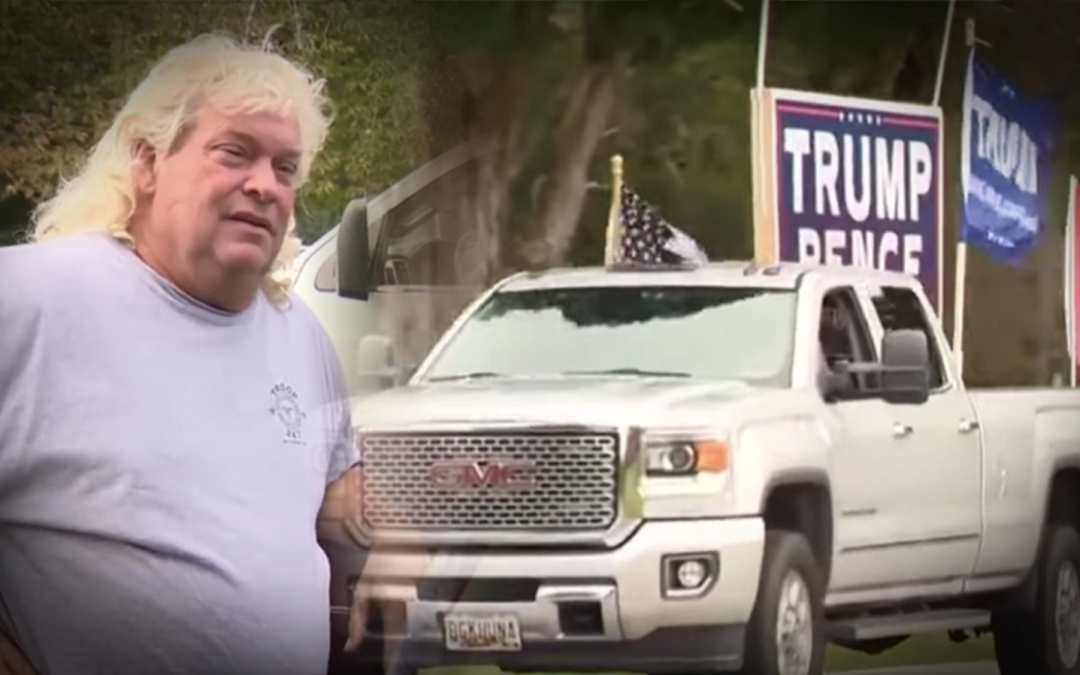 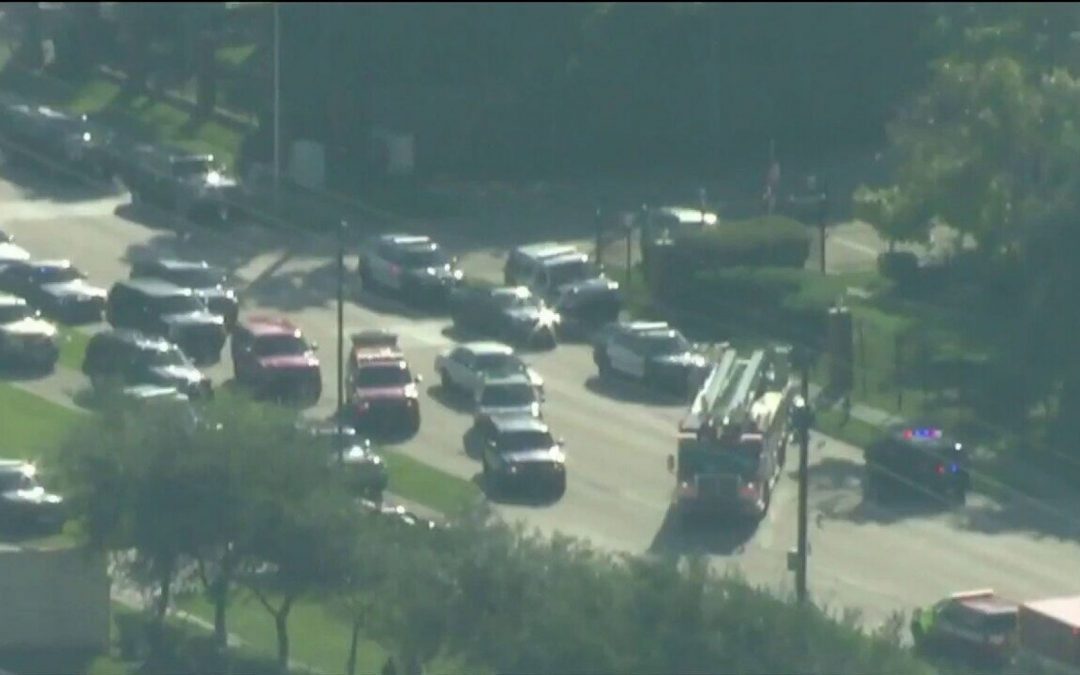 At least one Houston police officer was shot and wounded on Tuesday and a SWAT team was dispatched to the scene, the city’s police department said.

A former fundraiser for U.S. President Donald Trump pleaded guilty on Tuesday to a charge that he illegally lobbied Trump to drop an investigation into a Malaysian embezzlement scandal.

U.S. House of Representatives Speaker Nancy Pelosi on Tuesday said she hoped progress can be accomplished on a coronavirus aid deal by the end of this week.

New York City will deploy hundreds of additional police officers eight days prior to the Nov. 3 presidential election as a precaution given the country’s deep political divisions, the city’s highest-ranking uniformed officer said on Tuesday.

Microsoft disables most of cybercriminals’ control over massive computer network 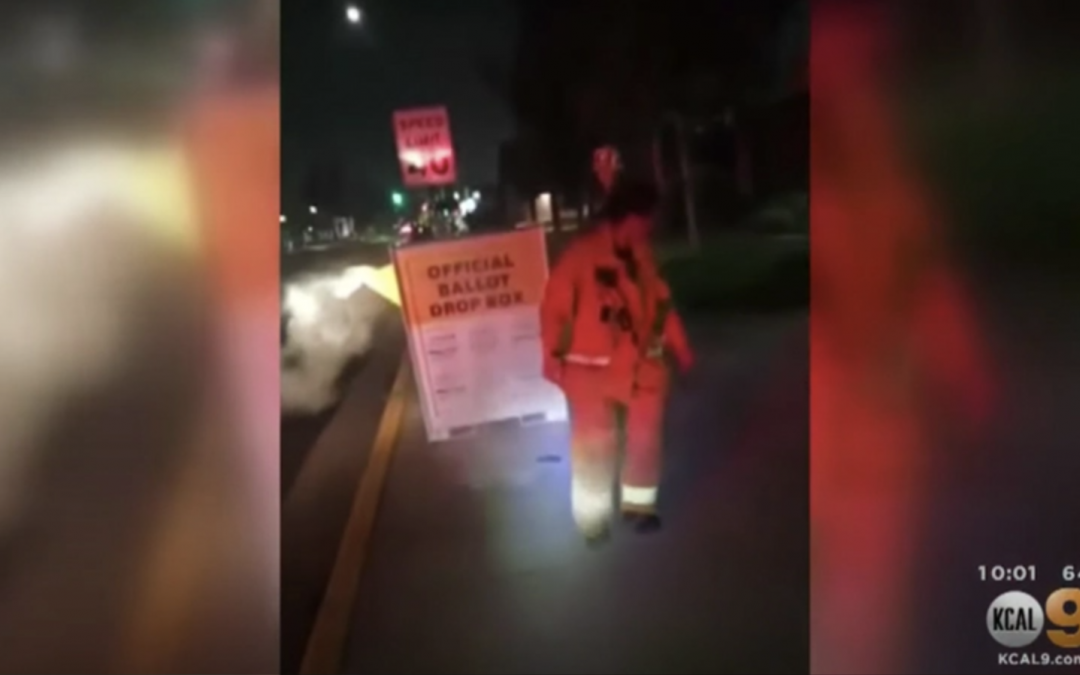 Several ballots out of 200 votes inside ballot box charred. 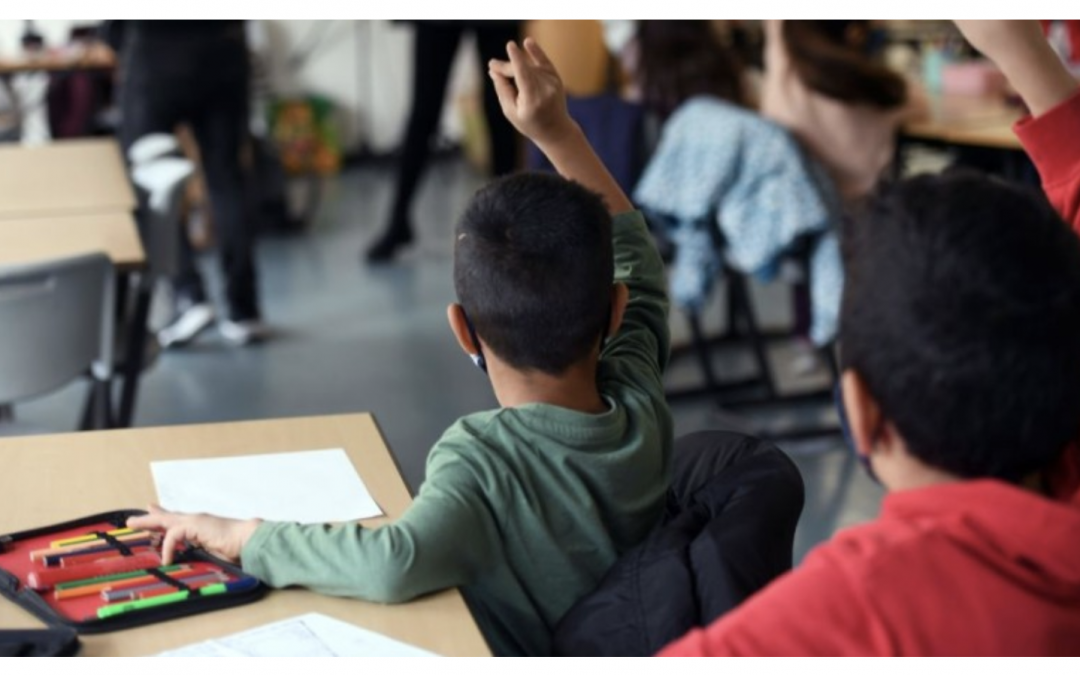 The San Diego Unified School District has announced that it will eliminate its previously used grading standards in order to “combat racism”. 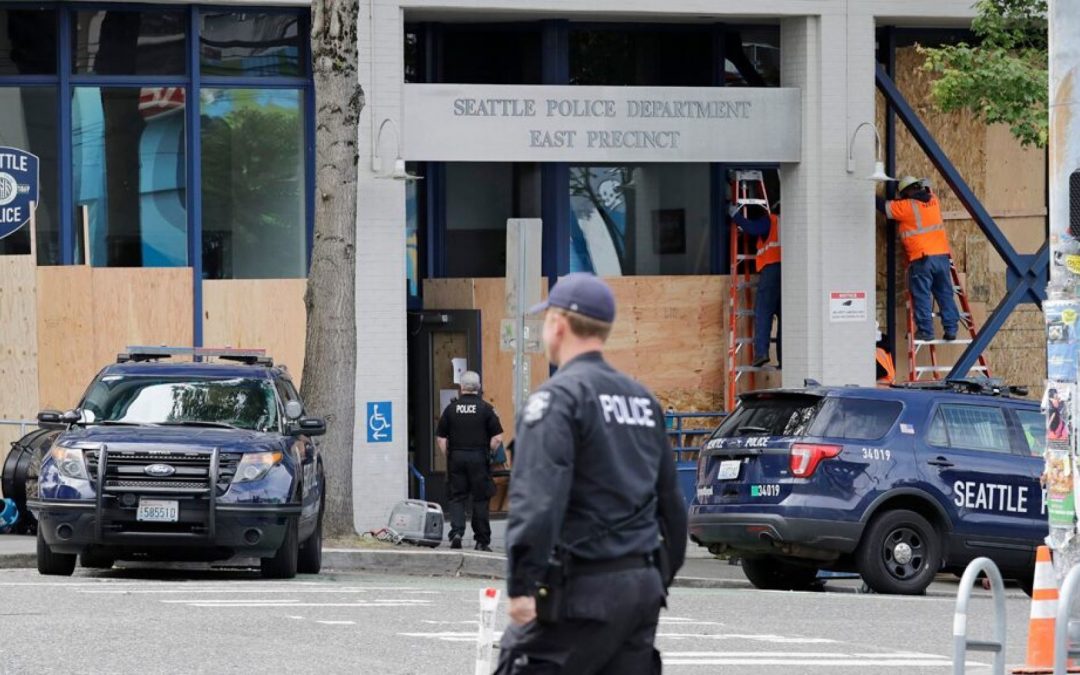 ‘This agenda sacrifices the health and well-being of the officers and ultimately will destroy the fabric of this once fine city,’ one outgoing patrol sergeant reportedly wrote 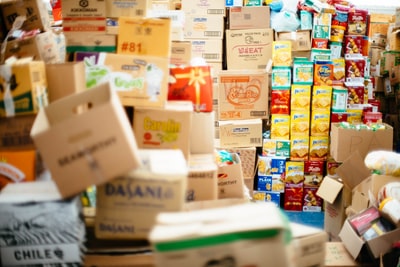 The U.S. health regulator’s criteria for allowing emergency use of a COVID-19 vaccine and plans to monitor its safety after a regulatory go-ahead, are among the topics to be discussed at a closely watched meeting scheduled for Thursday.

U.S. presidents are chosen by electors, party loyalists who pledge to vote for their candidate once their state’s voters have made their selection clear. The polarized climate in the United States has heightened the risk that “faithless” electors may break that promise to voters, however, increasing the possibility of confusion around this year’s result.

Early voting for the Nov. 3 presidential election begins in the crucial battleground state of Florida on Monday as a record 28 million Americans have already cast ballots with barely two weeks remaining in the campaign.

A California panel of experts will independently review the safety of new coronavirus vaccines and initial plans for distribution, Governor Gavin Newsom said on Monday.

A U.S. appeals court on Monday rejected Ghislaine Maxwell’s effort to block the release of an April 2016 deposition concerning her relationship with the late financier and registered sex offender Jeffrey Epstein.

As Wisconsin battled one of the worst coronavirus surges in the United States, a judge on Monday reinstated an order from Governor Tony Evers’ administration limiting indoor public gatherings.

Montana’s top federal prosecutor is urging voters to tread carefully before voting to legalize recreational marijuana, taking the unusual step of jumping into a political debate about a ballot initiative in the weeks before the election.

The U.S. Supreme Court on Monday allowed an extension of the deadline for mail-in absentee ballots in Pennsylvania for the Nov. 3 election, declining a Republican request to block a lower court’s ruling that gave voters more time.

In 2016, Trump won these Rust Belt counties on the economy. In 2020, he might lose them over coronavirus

Tanya Wojciak, a lifelong Republican and suburban mom from northeast Ohio, is the kind of battleground state voter President Donald Trump can’t afford to lose – but already has.

Premiums for an average health insurance plan under the Affordable Care Act has dropped by 2% for the 2021 coverage year, according to a report released by the Trump administration, which is seeking to invalidate the 2010 healthcare law.

The U.S. Centers for Disease Control and Prevention on Monday issued a “strong recommendation” that all passengers and employees on airplanes, trains, subways, buses, taxis and ride-share vehicles should wear masks to prevent the spread of COVID-19.

U.S. President Donald Trump is assuring a bumper year for farmers as the Nov. 3 election approaches, with record government subsidies projected to make up more than a third of farm income in 2020.

A powerful earthquake of magnitude 7.5 struck south of Alaska’s Aleutian Islands on Monday, triggering a tsunami warning for the area, the U.S. Geological Survey said.

A group of 11 states and the District of Columbia urged the U.S. Environmental Protection Agency (EPA) to strengthen the first-ever proposed standards regulating greenhouse gas emissions from airplanes and other aircraft.

Goldman Sachs Group Inc is giving staff a half-day of paid leave on Nov. 3 to ensure they have time to vote in the U.S. elections, according to a staff memo seen by Reuters on Monday.

The U.S. Coast Guard said over the weekend it will allow vessels with drafts less than 36 feet (11 meters) to transit the Calcasieu Channel in Louisiana as local and federal agencies clean up obstructions in the waterway following Hurricane Delta.

The number of new COVID-19 cases in the United States last week rose 13% to more than 393,000, approaching levels last seen during the summer peak, according to a Reuters analysis.

The U.S. Supreme Court on Monday agreed to hear an appeal by President Donald Trump’s administration of a ruling that he overstepped his constitutional powers by diverting military funds to pay for his promised wall along the U.S.-Mexico border.

A Wisconsin judge on Monday reinstated limits on public gatherings including at bars and restaurants due to a surge in COVID-19, the governor’s office said.

A U.S. federal judge has struck down a Trump administration rule that would have cut food stamp benefits to almost 700,000 unemployed Americans amidst the COVID-19 pandemic, court documents showed. 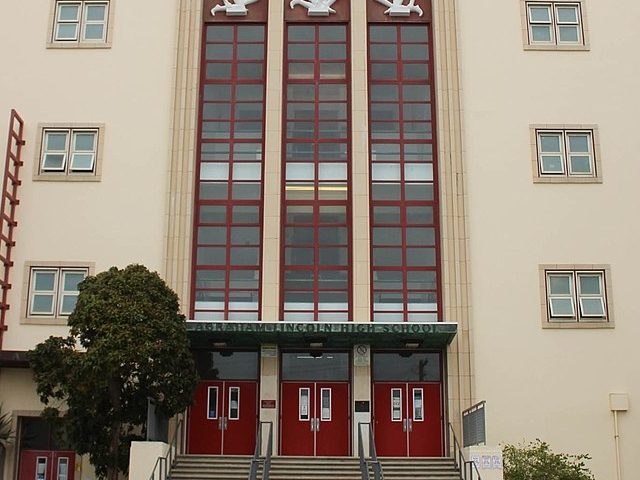 U.S. screened over one million airline passengers Sunday for first time since March

Both sides in the U.S. presidential election are clashing in court over rules and procedures ahead of the Nov. 3 vote, as the coronavirus pandemic prompts hundreds of lawsuits over how people can cast their ballot.

U.S. to carry out first federal execution of a woman in seven decades

The United States plans to execute in December two federal inmates convicted of murder, one woman and one man, the Justice Department said on Friday.

Thousands marched to the U.S. Supreme Court in Washington on Saturday to commemorate the late Justice Ruth Bader Ginsburg and protest President Donald Trump’s rush to push through Amy Coney Barrett as her replacement.