The Court of Arbitration for Sport (CAS) on Monday annulled the four-year ban imposed on Jarrion Lawson by the sport’s governing body World Athletics, following an appeal by the American long jumper and sprinter.

Kenyan-born Bahraini runner Ruth Jebet has been handed a four-year ban after she was found guilty of testing positive for the banned blood booster r-EPO (recombinant erythropoietin), the Athletics Integrity Unit (AIU) said on Wednesday.

Ethiopian Birhanu Legese won the Tokyo Marathon for the second year in a row on Sunday, racing to victory in two hours, four minutes and 15 seconds along often empty streets in the Japanese capital.

Who are you calling old? Ageless Abdi books ticket to fifth Olympics

It is often said that age is nothing but a number. For 43-year-old marathoner Abdi Abdirahman, it was little more than an afterthought at Saturday’s U.S. Olympic marathon trials.

Aspring Olympians at the U.S. marathon trials said on Thursday that they were concerned first with securing one of the coveted few tickets to Tokyo 2020 – and less, at least for now, about whether there would even be an Olympics this year.

British hammer thrower Mark Dry has been banned from all sport for four years for lying about his whereabouts to anti-doping officials, UK Anti-Doping (UKAD) said in a statement on Thursday.

British track great Laura Kenny has no intention of scaling back her triple-gold ambition for the Tokyo Olympics despite a broken shoulder that threatened to wreck her season.

Another miss for Duplantis at 6.19 meters

Armand Duplantis cleared 6.01 meters easily to win an indoor meeting in Clermont Ferrand on Sunday but for the second time in five days the Swede could not break his own pole vault world record.

Four-time Olympic gold medalist Mo Farah said he had suffered “financially and emotionally” in the fallout from his former coach Alberto Salazar being banned for doping violations, even though the Briton has not been implicated.

Venezuela’s Yulimar Rojas broke the world indoor triple jump record with 15.43 meters at a meeting in Madrid on Friday.

Ethiopia’s Ababel Yeshaneh smashed the half marathon world record by 20 seconds on Friday to win the Ras Al Khaimah (RAK) event in the United Arab Emirates on Friday.

Armand Duplantis cleared 6.07 meters with jaw-dropping ease to win an international indoor meeting in Lievin but the Swede could not break his own world record on Wednesday.

Eight years on from claiming a stunning high bar gold for the Netherlands at the London Olympics, gymnast Epke Zonderland is yet to breathe easy as he plots his way across a qualifying tightrope to Tokyo. 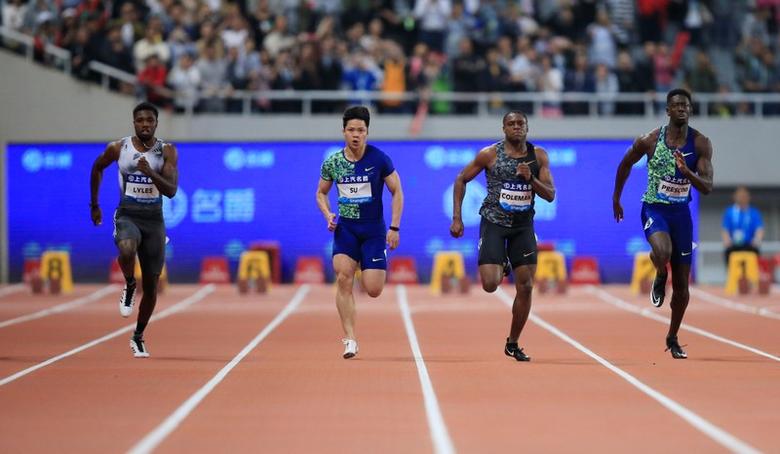 Panamanian sprinter Virjilio Griggs has been handed a four-year ban for falsifying results in an attempt to gain entry to the 2017 world championships, the Athletics Integrity Unit (AIU) said on Monday.

The International Biathlon Union (IBU) said on Saturday it was stripping two Russian athletes of medals received between 2013 and 2014 for doping violations. 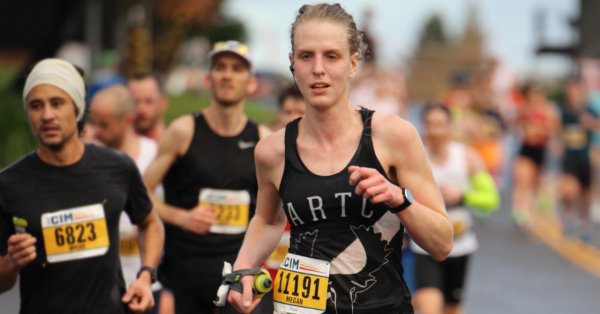 A biologically male marathon runner who identifies as a transgender woman is set to compete in the USA Olympic trials later in February.

Sprinter Baker has Olympics on his mind as he runs indoors

World 60m record holder Christian Coleman wants to put some excellent training sessions to good use and go for a fast time at this weekend’s U.S. Indoor Championships in New Mexico, his manager told Reuters on Wednesday.

Disgraced marathon champion Rita Jeptoo has resumed training after serving a four-year doping ban and urged fellow Kenyan athletes to be more vigilant about what goes into their bodies so that they avoid suffering the same fate. 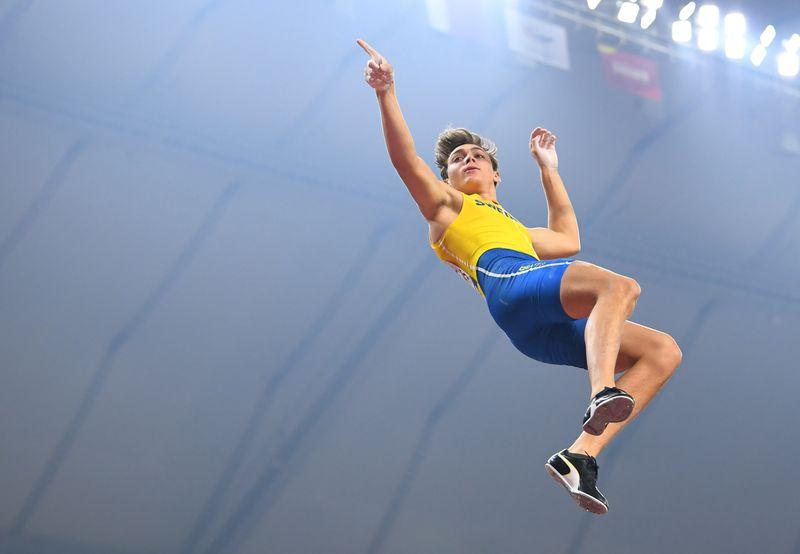 World silver medalist Mondo Duplantis who soared to a pole vault world record 6.17 meters on Saturday can reach even higher heights, said Frenchman Renaud Lavillenie, whose mark the Swede shattered by a centimeter.

A blistering 800 meters for Donavan Brazier punctuated a handful of season’s bests, as six-time Olympic gold medalist Allyson Felix finished sixth in the 60-meters at the NYRR Millrose Games in New York City on Saturday.

World silver medalist Mondo Duplantis realized a lifetime dream when he broke the pole vault world record on Saturday by soaring 6.17 meters on his second attempt at a World Athletics Indoor Tour meeting in Torun in Poland.

Not satisfied with being an 800m world champion, Donavan Brazier is looking at life beyond the track – perhaps even the NFL.

Canadian Evan Dunfee grew up dreaming about competing in the Olympics but was not good at sports and looked unlikely to fulfill his ambition until a desire to prove schoolyard bullies wrong led him to race walking.

Felix sets sights on fifth Olympics after year of change

With a possible fifth Olympics in her sights, Allyson Felix faces a year unlike any other – yet the goal in many ways is the same, especially as an athlete.

Nike said the Alphafly shoe worn by Eliud Kipchoge to break the two-hour marathon barrier would be legal under World Athletics’ new rules and that widespread reports of its shoes containing triple carbon plates are false.

Ukraine teenager Yaroslava Mahuchikh soared to an under-20 indoor world record 2.02 metres with the best high jump of the season at Karlsruhe on Friday on the second stop of the World Athletics Indoor Tour.

inishing 13th in the women’s 3,000-metre race at the Dr. Sander Invitational Columbia Challenge on Saturday, American mid-distance runner Mary Cain said completing the competition was, for her, a win in and of itself.

A Russian anti-doping agency official said on Friday that Viktor Chegin, a prominent race walking coach serving a lifetime doping ban, is continuing to work with athletes at training camps.

South Africa’s relay coach aiming for under 37.60 and podium finishes in Tokyo

South Africa’s male quartet can improve on their fifth-place finish in the 4×100 meters relay at the world athletics championships last year and clinch a medal at the 2020 Tokyo Olympic Games, the national relay coach said on Thursday.

Farah to face Bekele in Big Half race in London

Four-time Olympic champion Mo Farah will begin his Tokyo Games preparations by going head-to-head with Kenenisa Bekele at the Big Half race in March, organizers said on Wednesday. 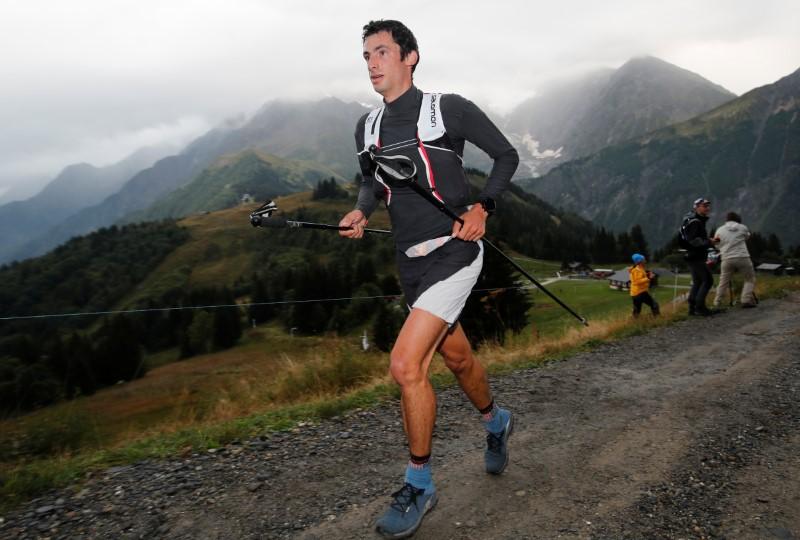 Ultra trail runner Kilian Jornet beat base jumper Tom Erik Heimen in an unusual contest — one ran up and down a mountain while the other climbed up and flew down in a race last year, footage of which was released on Tuesday.

Even with outstanding hurdles races at U.S. indoor meetings and talented field event competitions in Europe, international athletics is continuing to be impacted by the long 2019 outdoor season.

Ethiopian long-distance runner Kenenisa Bekele believes Mo Farah has struggled to flourish in the marathon events at the highest level and said he was not surprised by the Briton’s decision to return to the track.

Eliud Kipchoge and Kenenisa Bekele, the only men to go under two hours, two minutes for the marathon, will go head to head over the classic distance in this year’s London Marathon, organizers said on Friday.

A top Kenyan athlete ran away from anti-doping testers who had visited their training camp unannounced to take samples, a senior athletics authority official said, as the East African nation ramps up efforts to combat doping.

Kenyan Wilson Kipsang, winner of multiple marathon majors and bronze medallist at the 2012 Olympics, has been provisionally suspended for whereabouts failures and tampering with samples, the Athletics Integrity Unit said on its Twitter account on Friday.

U.S. distance star Galen Rupp, who was coached for years by the now-banned Alberto Salazar, is training with successful college mentor Mike Smith.

Olympic champion Mo Farah said on Thursday he would have been “the first one out” had he known that his former coach Alberto Salazar faced a ban from athletics for doping violations.

Fraser-Pryce to go for sprint double at Tokyo Olympics

Jamaican Shelly-Ann Fraser-Pryce will run in both the 100 meters and 200 meters events at the Tokyo Olympics next year.

Sprinting great Usain Bolt ran on the track at Tokyo’s newly-completed National Stadium on Saturday during an event to celebrate the opening of the venue set to be the centerpiece of next year’s Olympics.