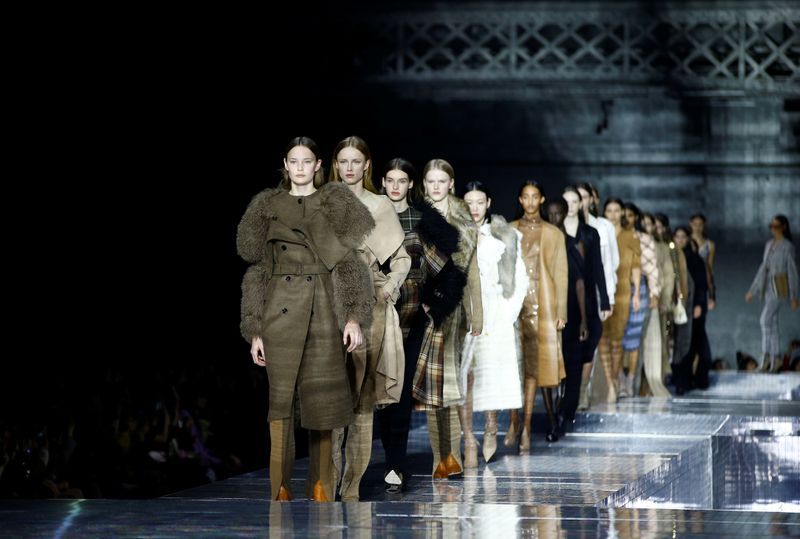 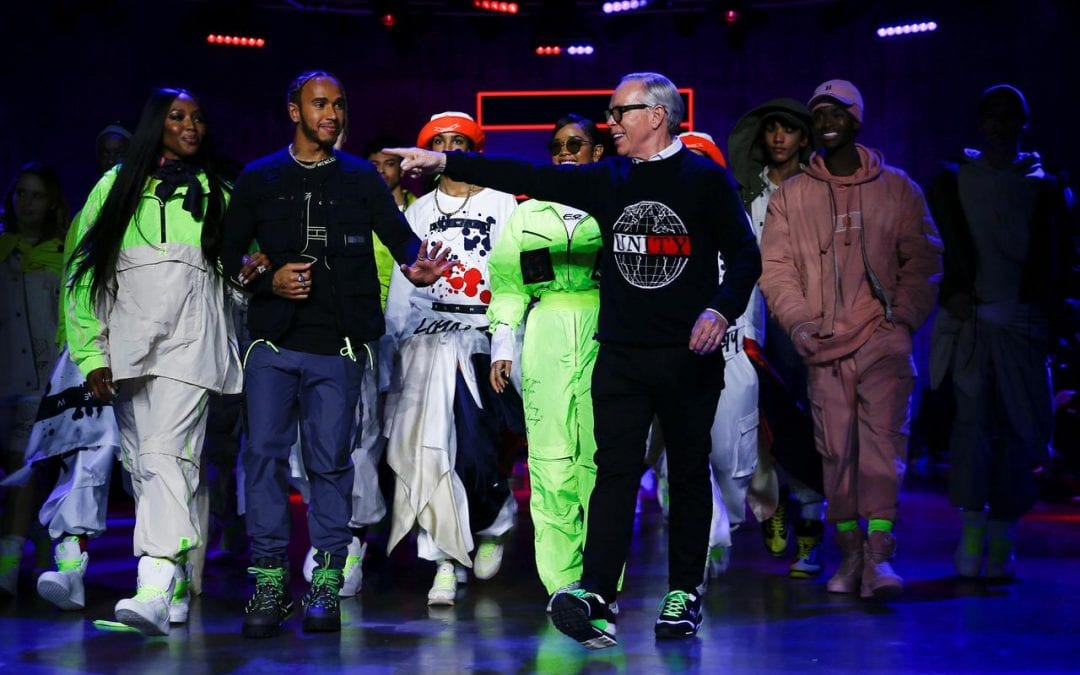 Victoria Beckham chose black dresses paired with distinctive belts and chunky thigh-high platform boots for a collection she characterized as a “gentle rebellion” at London Fashion Week on Sunday. 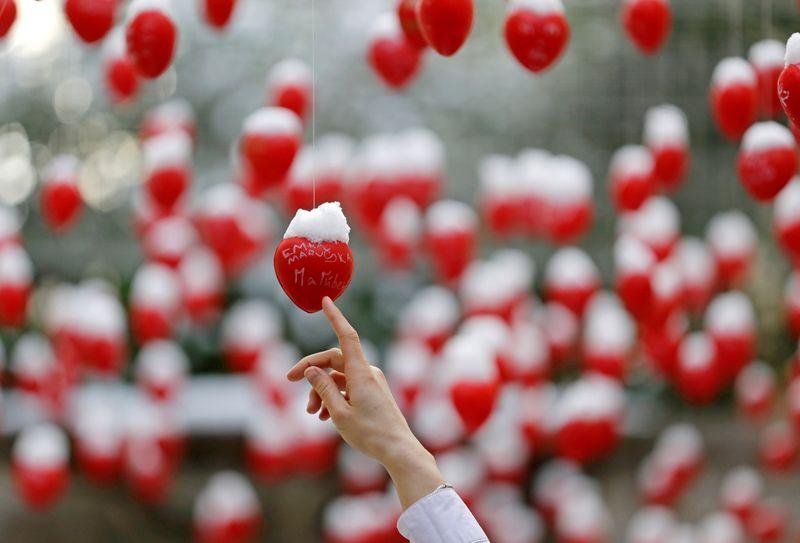 Save all your kisses for me in the Slovak Love Bank

How do you make your love grow? Deposit it in a love bank, of course.

Investing in the art world is now just a click away

Owning a piece of art is not just for the ultra-wealthy anymore.

Michael Kors looked to the country to find inspiration for his fall 2020 collection, showing a host of luxuriously oversized looks on Wednesday that the designer said were meant to evoke coziness as well as glamour and confidence. 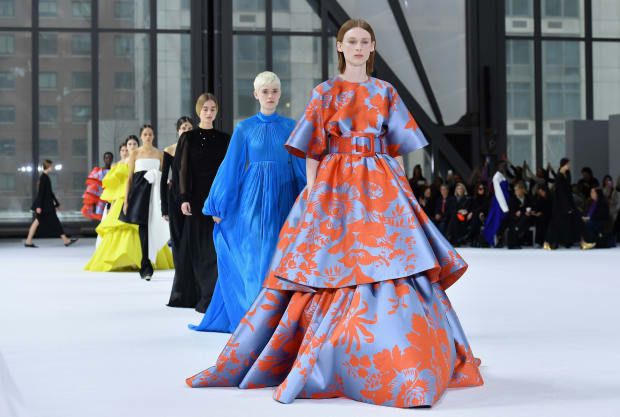 Wes Gordon, creative director at Carolina Herrera, is obsessed with color, and the fashion house’s Fall/Winter 2020 collection was obviously influenced by this, as seen on the runway on Monday at New York’s Fashion Week. 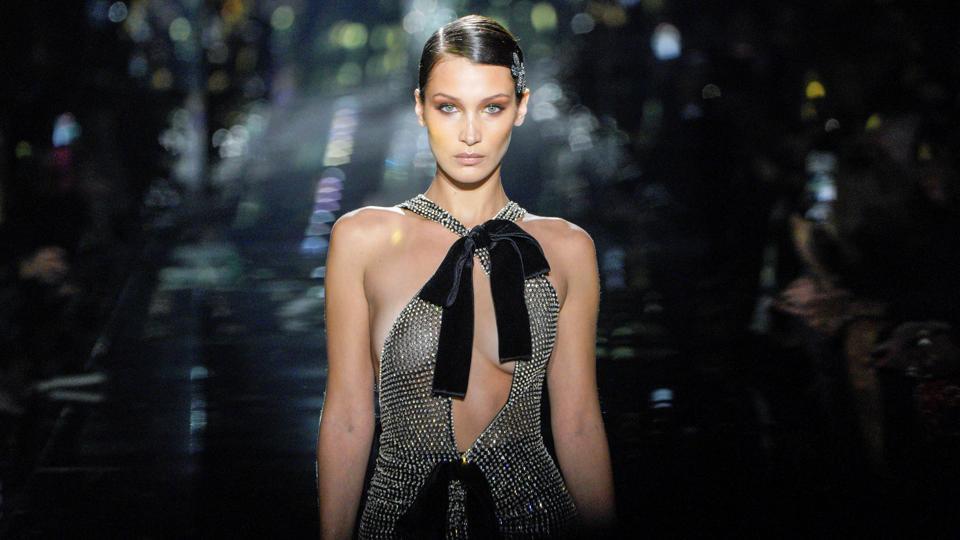 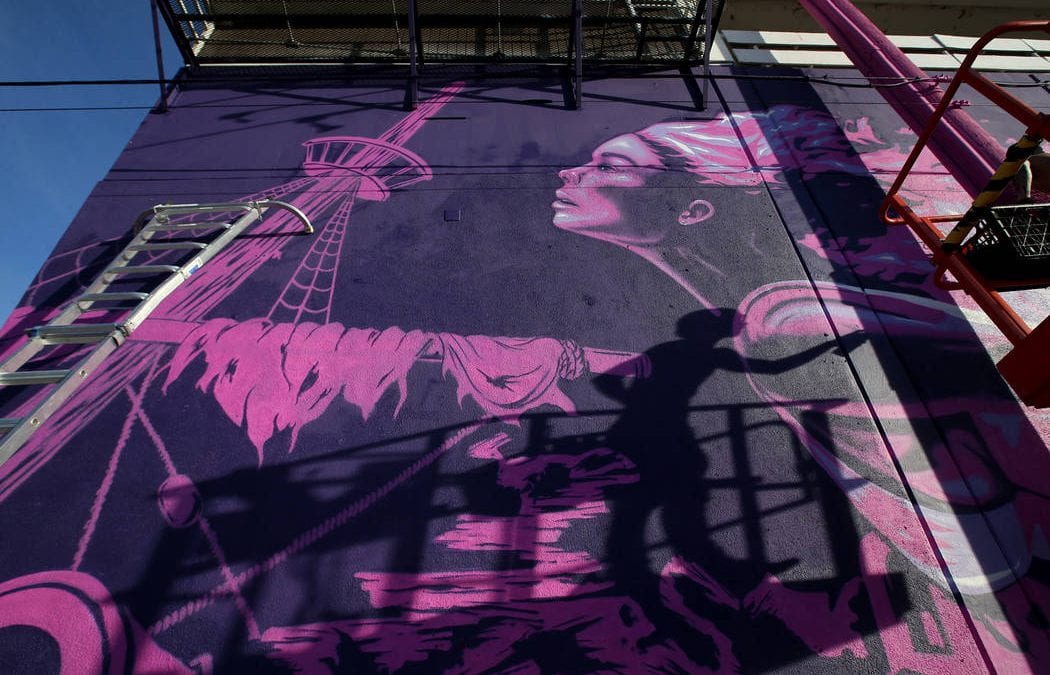 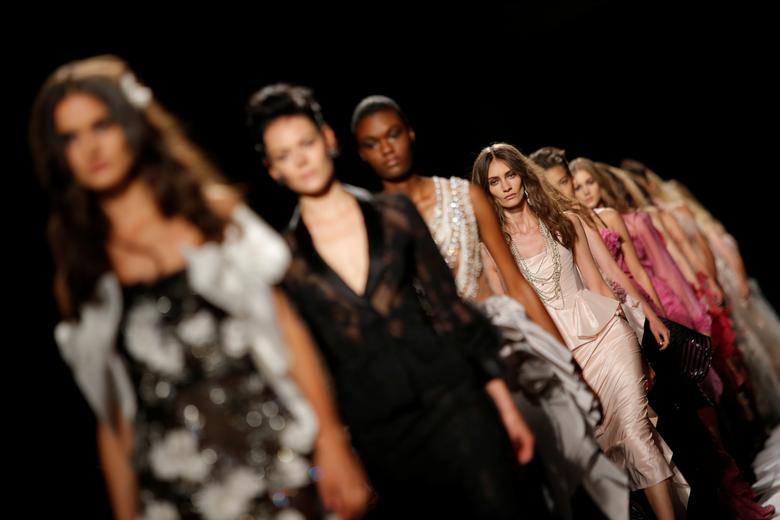 New York Fashion Week kicks off in shadow of Oscars

Fresh on the heels of Paris’ glittering couture week, the sartorial spotlight shifts to New York, as designers gear up to present looks for fall and winter 2020, starting on Thursday.

From models to designers to stars of the drag scene, the great and good of the fashion world flocked on Wednesday to Jean Paul Gaultier’s last ever catwalk show in Paris.

Italian designer Giorgio Armani kept faith with his signature stern tailoring for the haute couture collection he unveiled on Tuesday in Paris – but he added a dash of color. 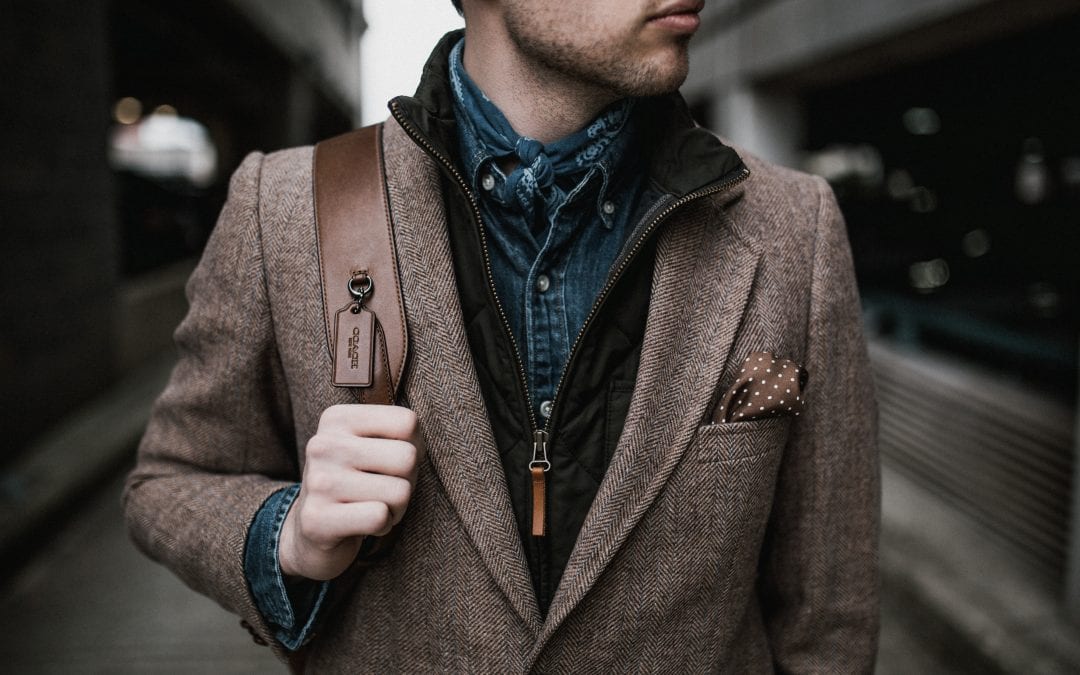 For those who are feeling adventurous, go for interesting textures and patterns like leather, suede, and animal prints. For a more refined look, you can stick with your suits or opt for high-waist trousers. Most of all, stay away from the trends that are on their way out that we have listed in the article. By keeping these tips we have shared with you in mind, you can face the new year as the stylish gent that you should be. 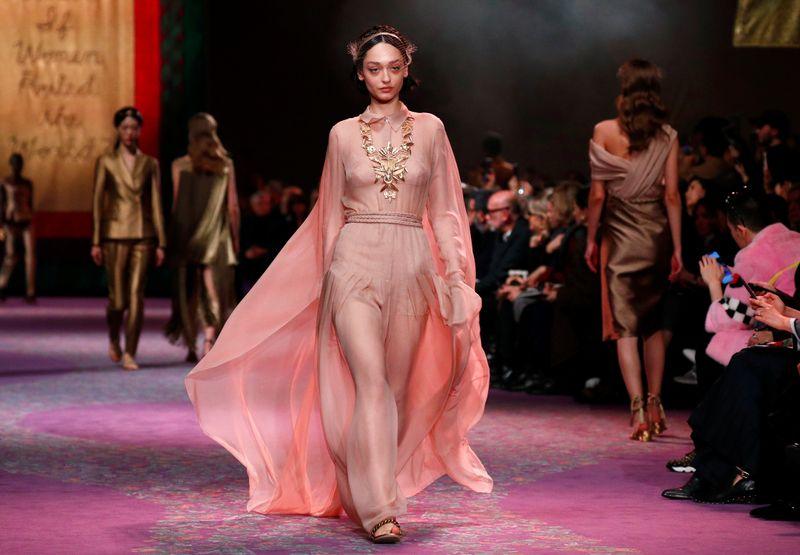 Christian Dior took the fashion world back to ancient Greece on Monday with vaporous peplum-style gowns and shimmering golden numbers at its Haute Couture show, part of a twice-yearly showcase of one-of-a-kind outfits by top designers in Paris. 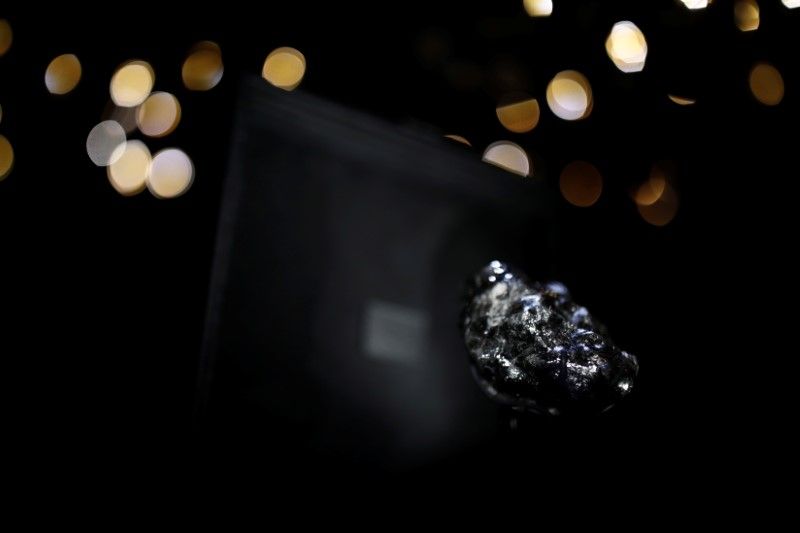 Louis Vuitton made a splash as it showcased its latest purchase on Tuesday: the world’s second-biggest rough diamond.

Chanel walks models through a tranquil cloister garden in Paris

Chanel on Tuesday transported guests from the bling of fashion week to a herb-filled cloister garden where models showed off demure looks in black, white and grey in a nod to founder Coco Chanel’s early years in a nunnery. 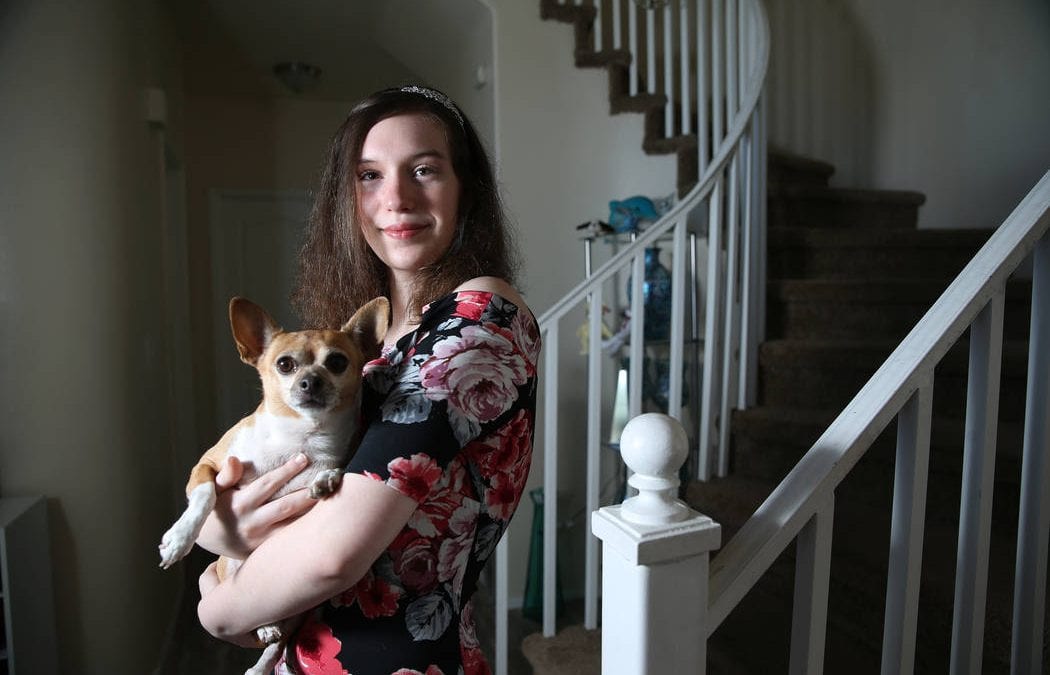 In many ways, Alyssa Canning is a typical teenager. The 16-year-old Las Vegas resident likes doing yoga, listening to music and playing with her chihauhau, Lexy.

Sleek double-breasted suits, luxurious patterns and silky fabrics mingled to celebrate tailoring in a timeless menswear collection at the Christian Dior catwalk in Paris on Friday.

French fashion designer Jean Paul Gaultier said on Friday a show scheduled for next week in Paris would be his last, after 50-year career on the catwalk that had earned him a reputation as the “bad boy” of the industry. 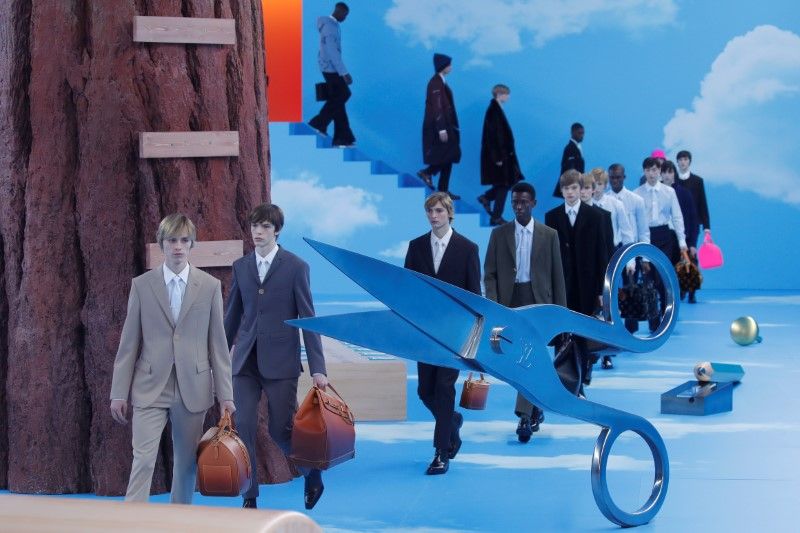 Structured suits ruled the runway at Louis Vuitton’s fashion show in Paris on Thursday, as menswear designer Virgil Abloh opted for a sharp dresscode in his version of heaven, parading models through a decor of blue skies and fluffy white clouds. 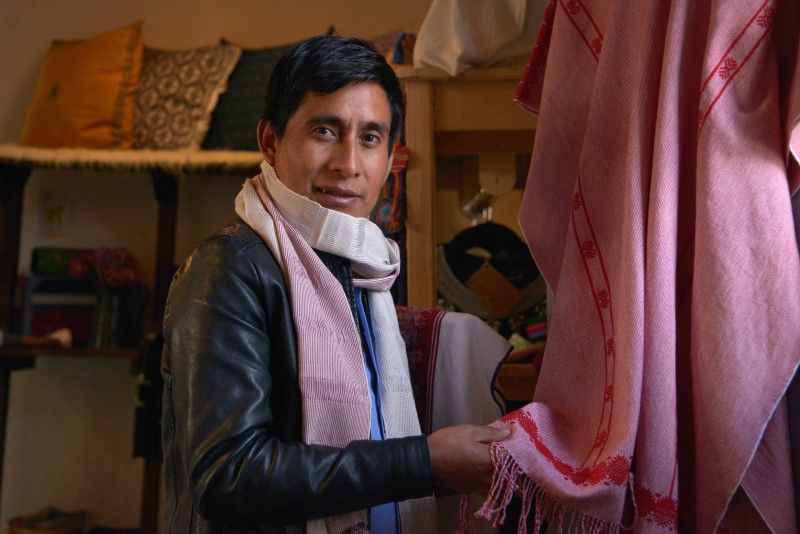 The Paula A. Lewis Branch Library kicks off the 2020 ArtSpace program featuring artwork by five local residents on display now through March 28. 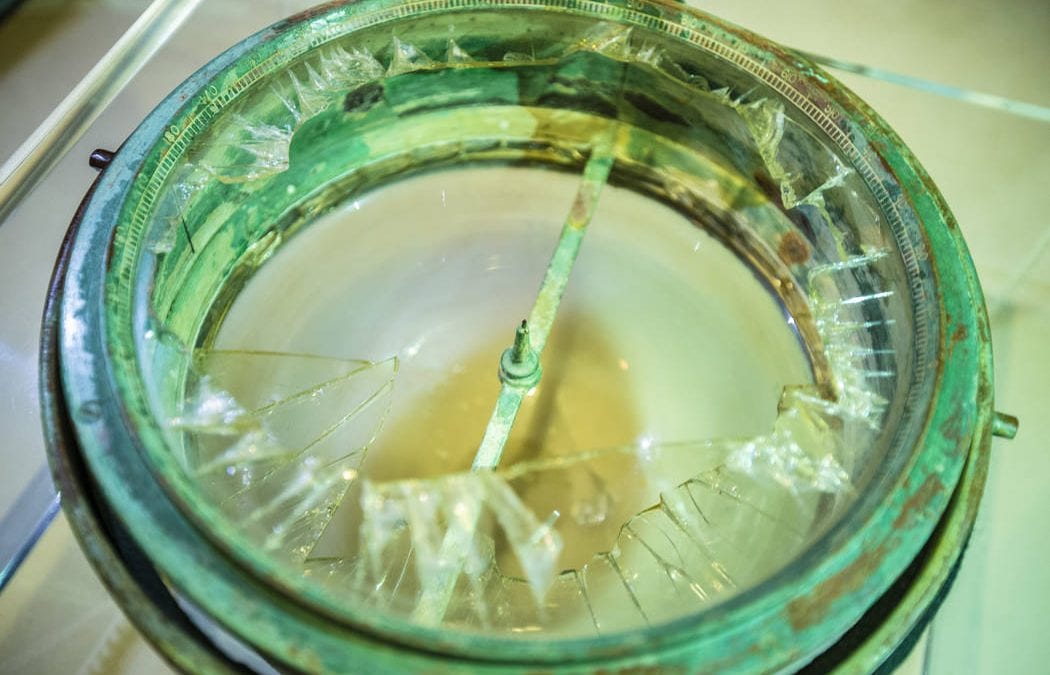 When the unsinkable ship struck an iceberg in the North Atlantic, a 39-year-old passenger named William Henry Allen was one of the more than 2,200 on board. 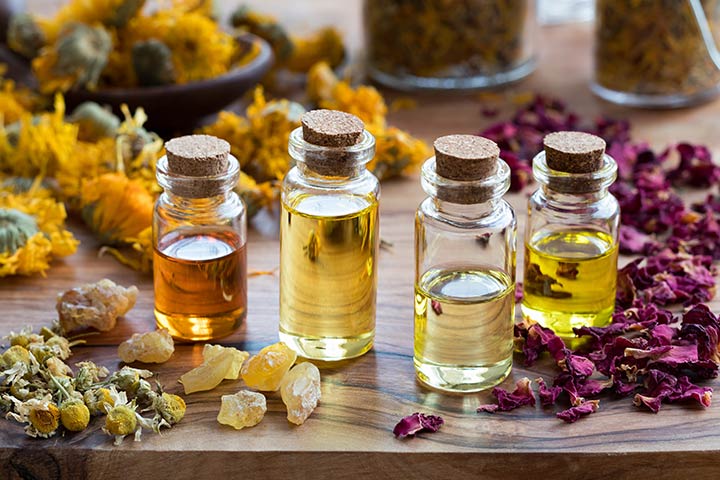 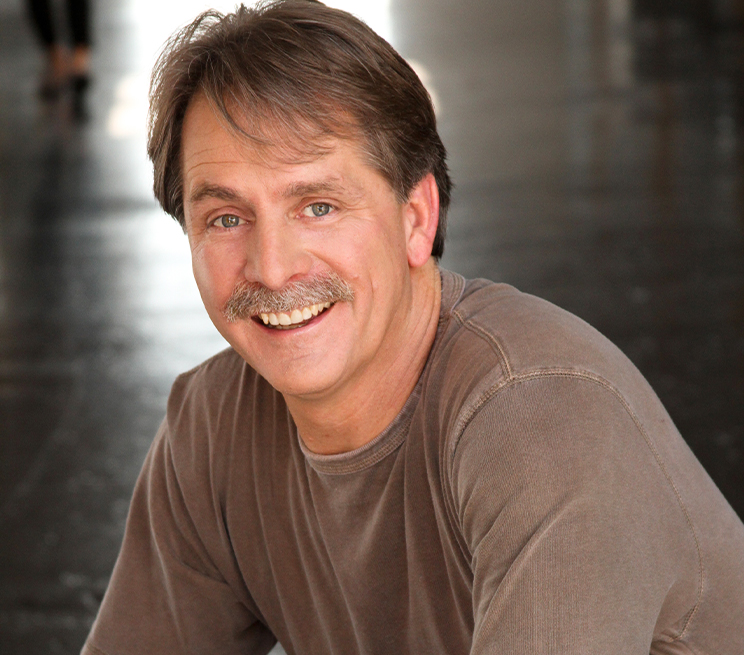 Here are five things you can do to take care of your skin.

Cynics who view pricy abstract art and scoff “a kid probably painted that” are finally right. 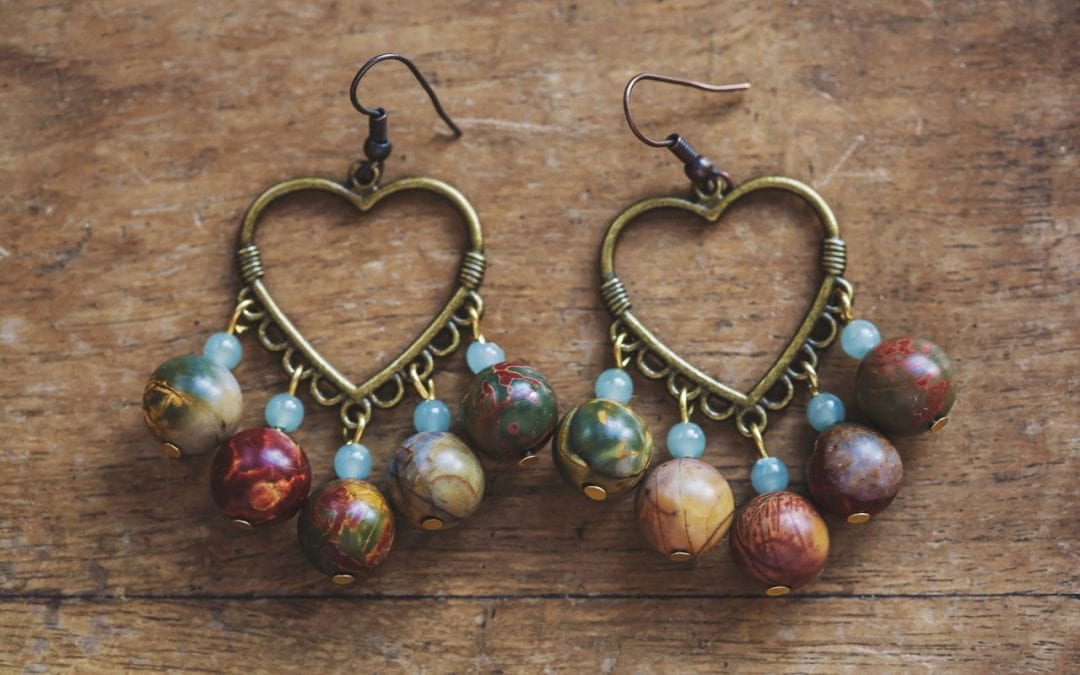 Making your own jewelry is easier than you think

If you love jewelry, and you also love to tap into your artistic side, you’re in luck! 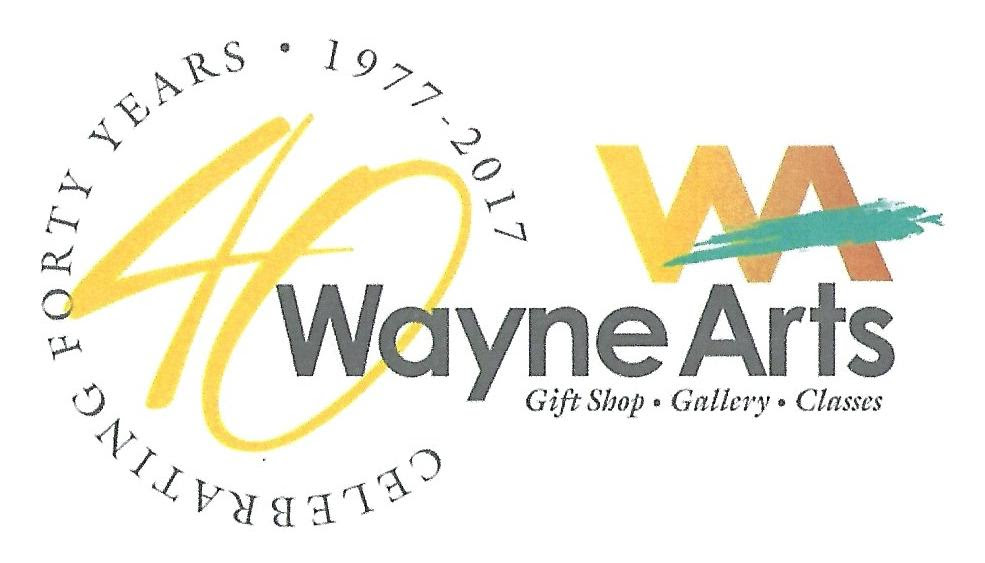 Join Wayne Arts on December 14th from 10 am to 6 pm for a day full of wonderful events! 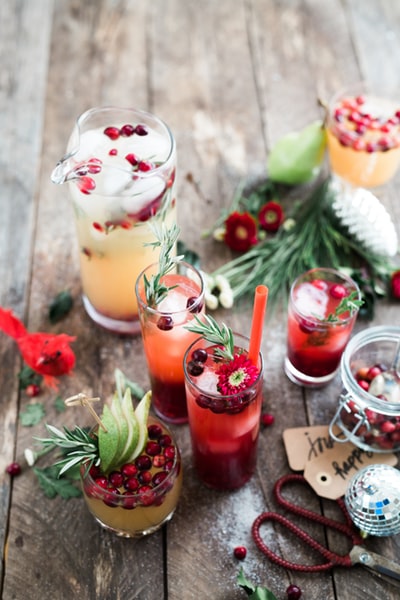 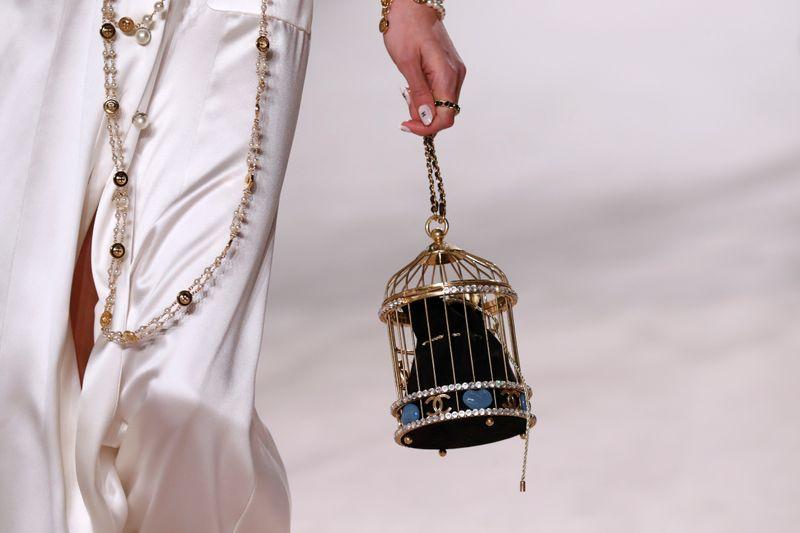 Chanel turned little gilded birdcages into handbags on the catwalk in Paris on Wednesday, at an annual “Metier D’Art” fashion showcase of its most intricate craftwork that also included lacy creations and shiny tweed suits. 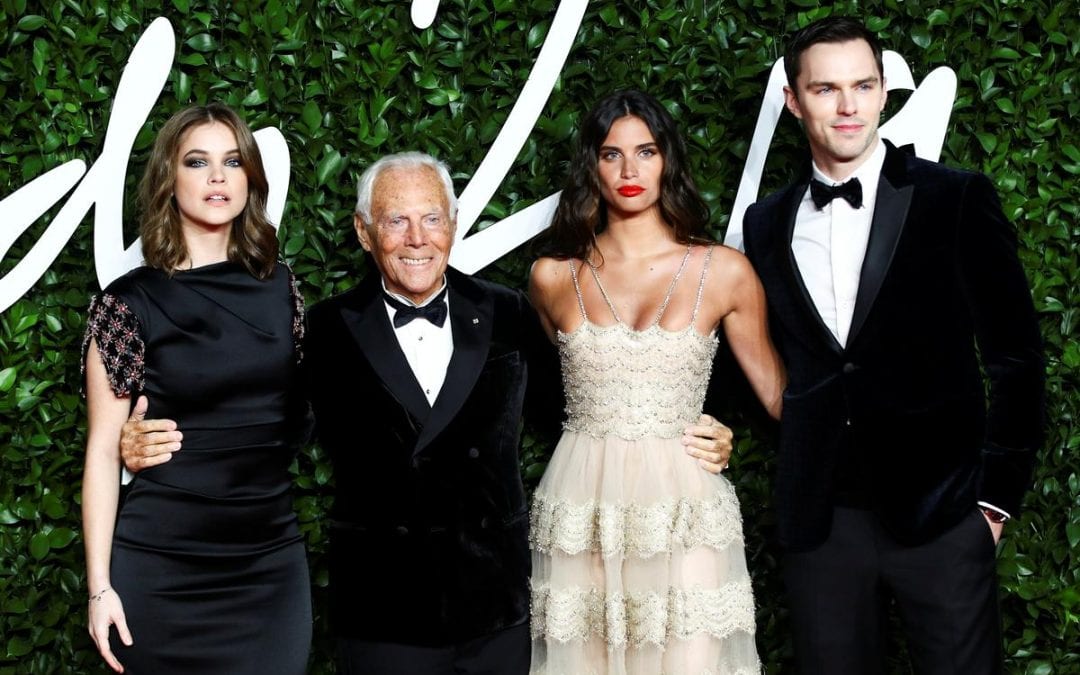 Bottega Veneta creative director Daniel Lee was the big winner at the British Fashion Awards on Monday, picking up the top prizes at the glitzy ceremony where industry veterans Giorgio Armani and Naomi Campbell were also honored.

Love your clothes and pass them on, says Vogue supremo Wintour

Clothes should be cherished, re-worn and even passed on to the next generation, Anna Wintour, the influential editor of Vogue magazine said, calling for more sustainability in the fashion world and less of a throwaway culture.

The first thing you’ll notice is the space: Just off the main stairs above San Diego Museum of Art’s atrium, one of the smaller rooms is darkened and filled with a seemingly endless array of large screens.

Wooden relics said to be from the manger that held the infant Jesus will be returned from Rome to Bethlehem in time for the Christmas season, Palestinian officials said on Friday. 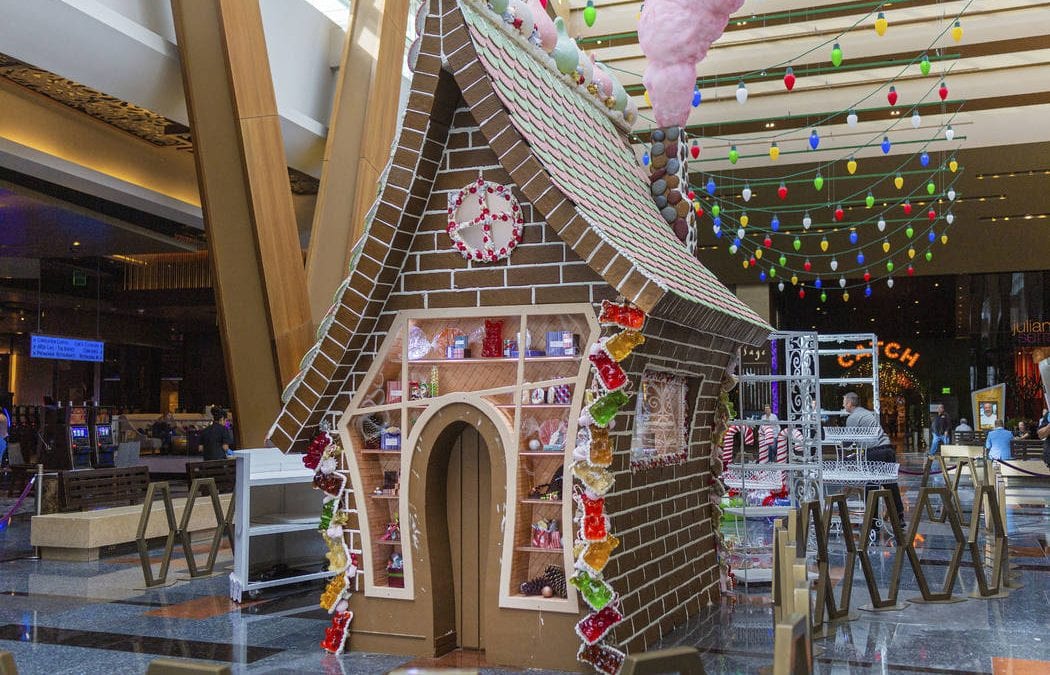 “People are coming into the space as artists, but also as whole humans. We’re really being intentional in trying to craft a brave space,” said Kelsey Daniels, creator of Check, Please!, a twice-monthly open mic night.

Ukrainian Bogdan Senchukov wants to carve his way into the Guinness Records: by making the world’s biggest collection of musical instruments from matchsticks. 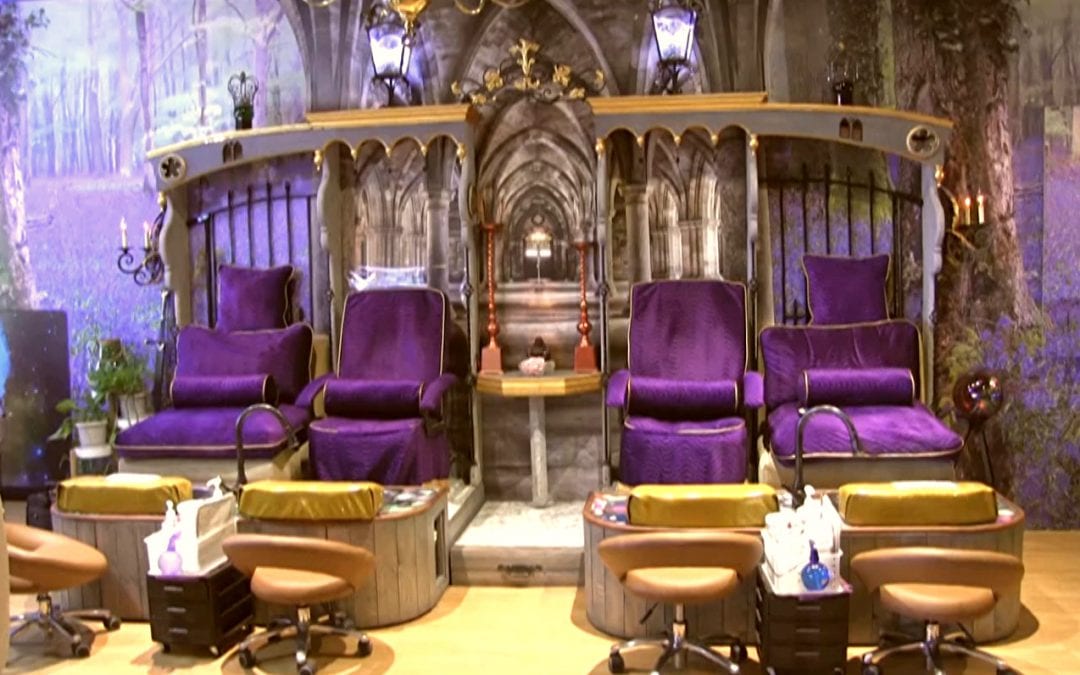 “INVITATION: Take a Tour of A HARMONY’S Exciting “ALL-IN-ONE-SPA”

Voice of San Diego’s inaccurate coverage of The New Children’s Museum’s recent unionization vote did a disservice to all involved. Let’s set this straight.

Culture Report: Digital Humanities Is the Field You Didn’t Know You Needed

The role of data in the way humans develop relationships with the arts and humanities is at the helm of understanding modern, digital cultural literacy. 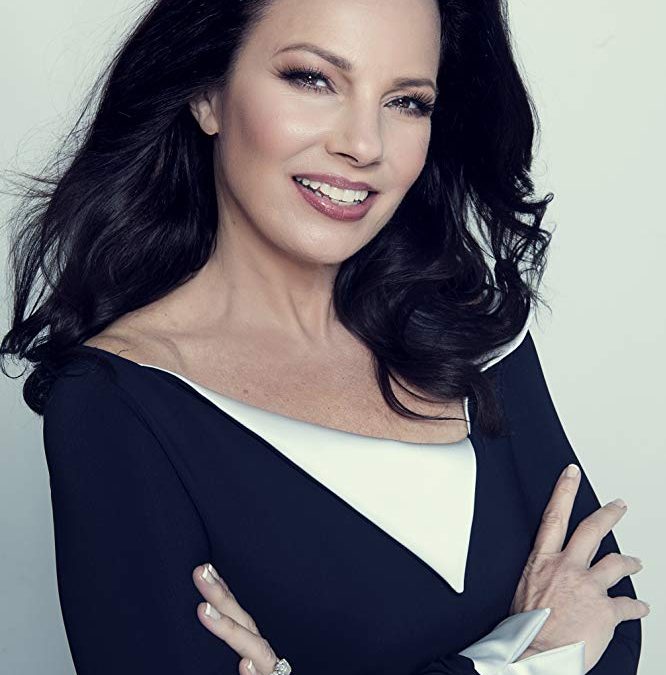 Award-winning actress, comedian, writer and activist Fran Drescher is coming to Rochester. Drescher is bringing her “Schmoozing With Fran Drescher!” show to the Kodak Center Main Stage on June 12, 2020.

Rare portrait of teenage Mozart to be auctioned in Paris

A rare portrait of Austrian composer Wolfgang Amadeus Mozart will be sold by British auction house Christie’s on Nov. 27 in Paris at an estimated price of between 800,000 euros and 1.2 million euros ($882,000-$1.32 million). 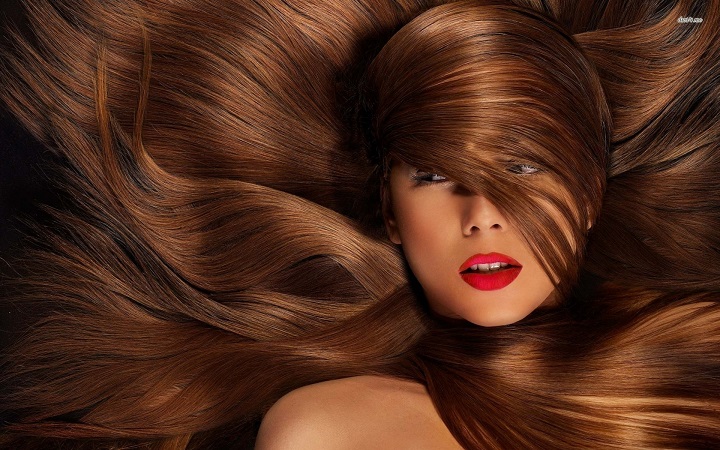 Hair care is important, more so if you have chemically processed hair.

A Banksy mural, covered up by builders’ hoarding and scaffolding for the past few months, will be uncovered on Monday in the heart of London’s Notting Hill area. 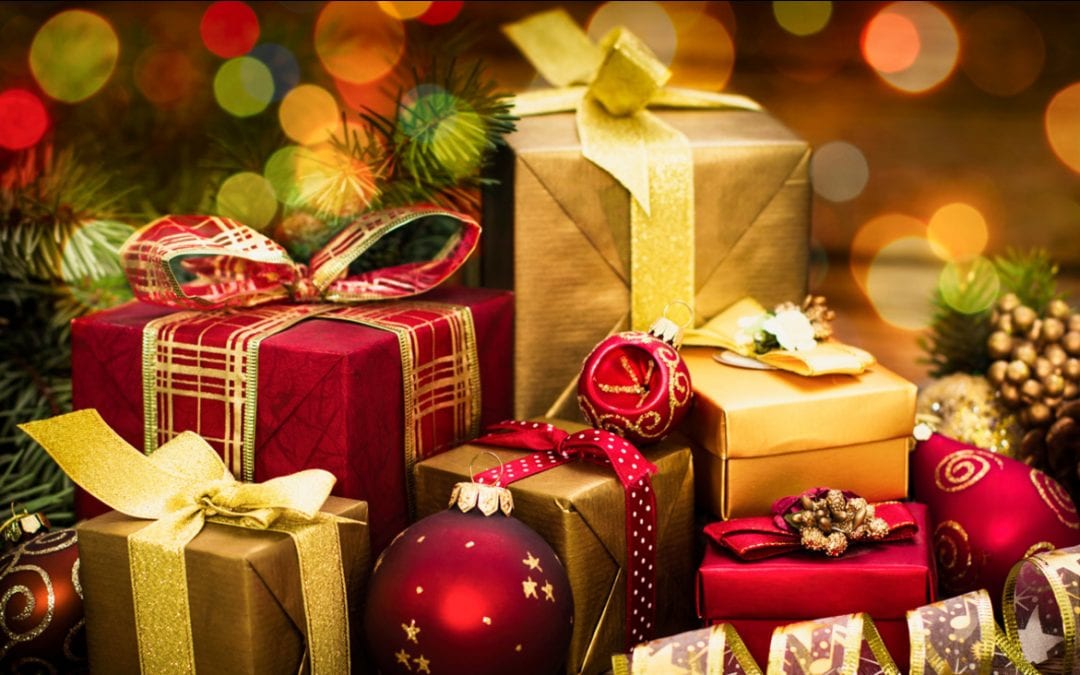 Are you looking for fun ways to spend time with loved ones this holiday season? 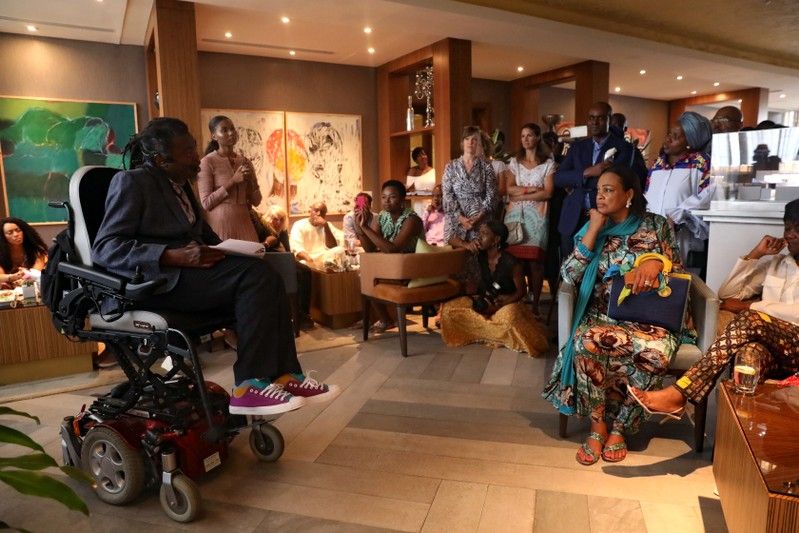 Wanted: Artists to live and work in Lagos, Nigeria

An artist who was born in Britain and raised in Nigeria has announced plans for a program to get painters, sculptors and other creatives living and working together in the West African nation’s commercial capital Lagos.

‘Something novel’: Chinese cafe dyes pups to look like pandas

Would you like your dog transformed into a panda?

Genex Tower is unmissable on the highway from Belgrade airport to the center of the city.