The Tampa Bay Rays tweaked their World Series roster Tuesday, hours ahead of Game 1 against the Los Angeles Dodgers.

Five days after reports emerged that Tyronn Lue was finalizing a deal to become the head coach of the Los Angeles Clippers, the team confirmed the move Tuesday.

Eighth-seeded Alex de Minaur of Australia rallied to defeat Richard Gasquet of France on Tuesday in the second round of the European Open in Antwerp, Belgium. 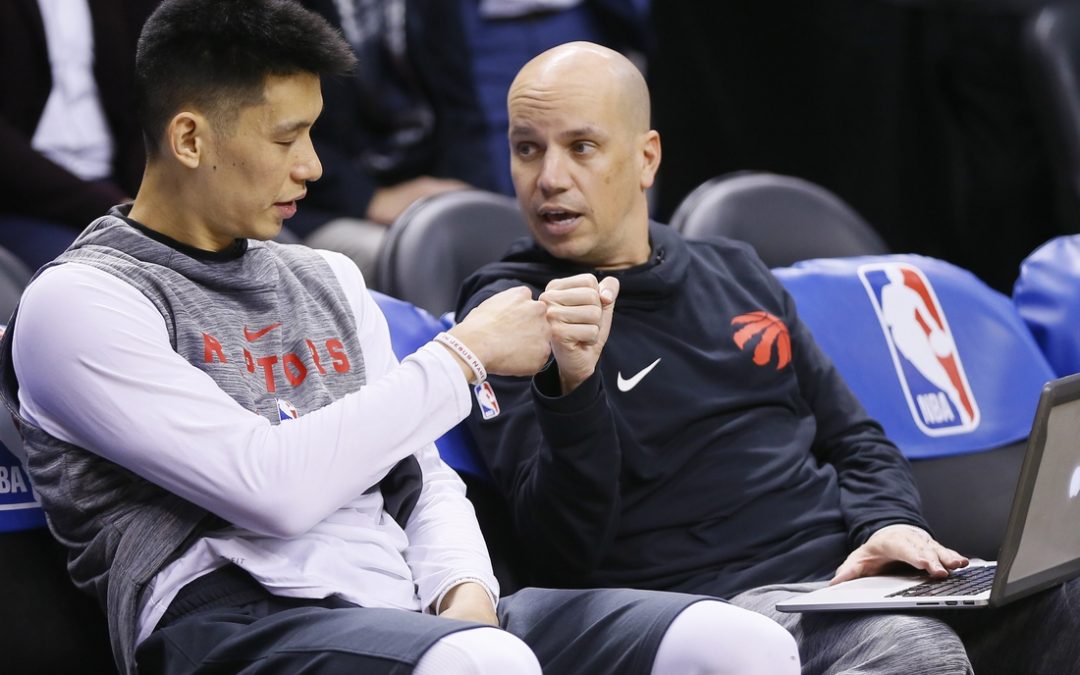 The Indiana Pacers named Nate Bjorkgren as their new head coach on Tuesday.

The number of positive COVID-19 cases in the NFL increased slightly from the previous week, according to numbers released Tuesday by the league and the NFL Players Association.

Defending Vuelta champion Primoz Roglic won the opening stage of this year’s delayed edition, a 173-km trek from Irun as the race got off to an explosive start on Tuesday.

Rafael Nadal signaled Tuesday that he’ll play at the Paris Masters in November. 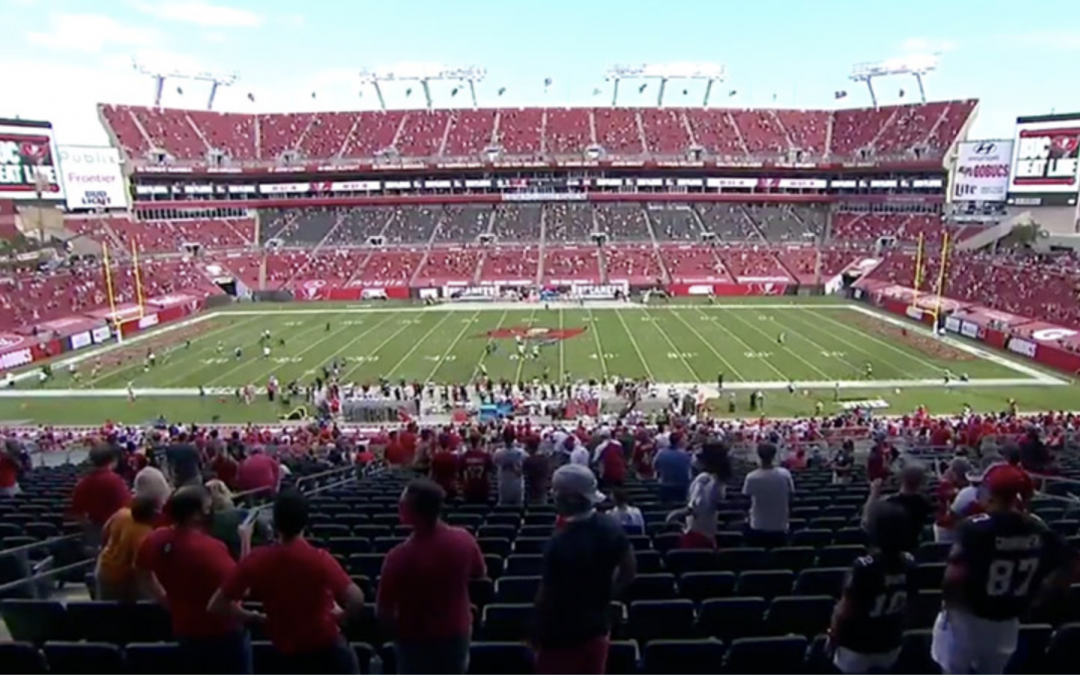 Team Bahrain McLaren’s Jan Tratnik edged past Ben O’Connor in a two-man finish on Tuesday to win the 16th stage of the Giro d’Italia, a 229-kilometre route from Udine to San Daniele del Friuli.

Guard Joshua Garnett, a first-round draft pick in 2016 by the San Francisco 49ers, has retired. 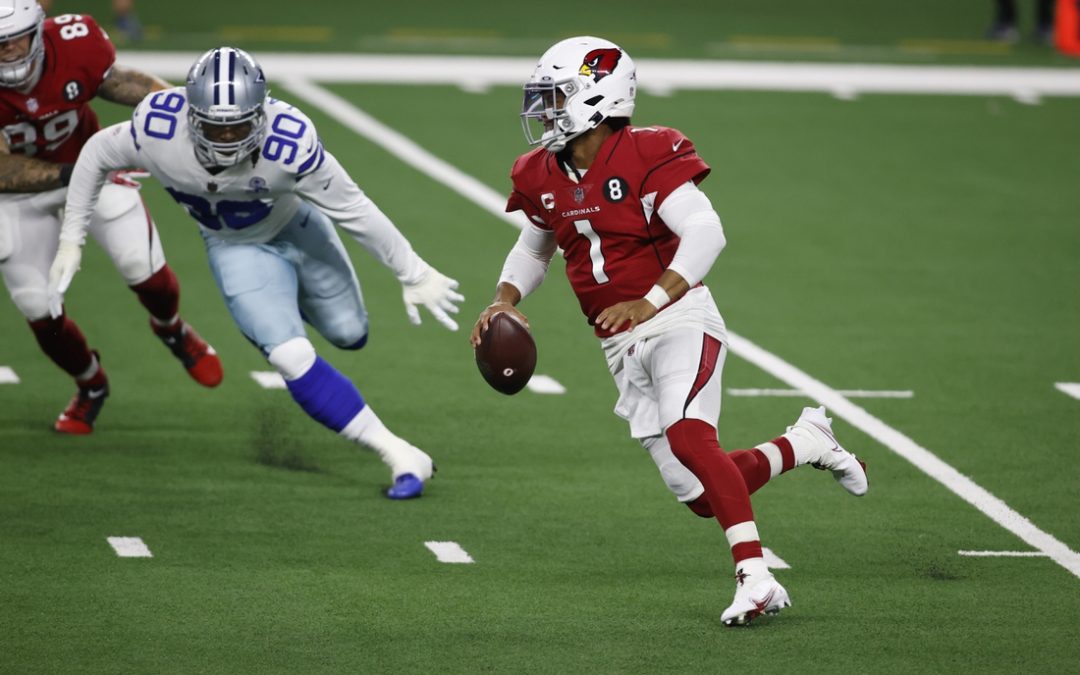 Kyler Murray passed for two touchdowns and ran for another to help the Arizona Cardinals record a 38-10 victory over the Dallas Cowboys on Monday night at Arlington, Texas. 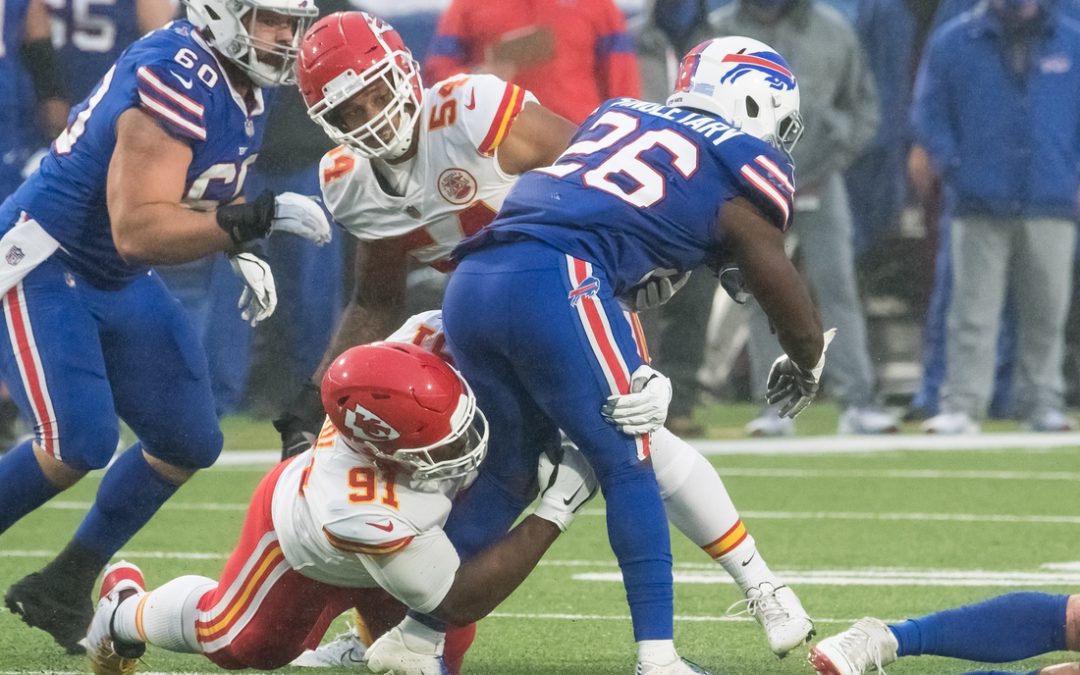 Japan will take steps to guard against Olympics cyberattacks

Japan said on Tuesday it would take countermeasures to ensure next year’s Tokyo Olympics are not derailed by cyberattacks after Britain and the United States accused Russia of orchestrating efforts to disrupt the Games.

Kobe’s 2008 MVP jersey to be displayed at Smithsonian museum

NBA great Kobe Bryant’s jersey from the 2008 season when he won his sole regular season Most Valuable Player award will be displayed at the Smithsonian’s National Museum of African American History and Culture (NMAAHC) in Washington.

UAE Team Emirates said on Tuesday that rider Fernando Gaviria had tested positive for COVID-19 at the Giro d’Italia. 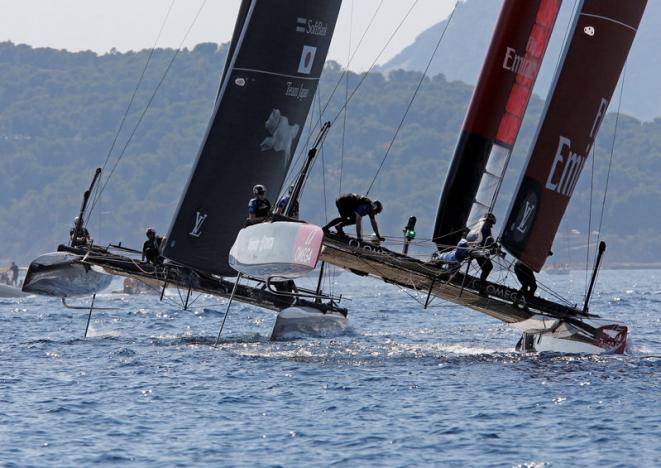 The America’s Cup just got “real” for the Italian challengers hoping to face holders Team New Zealand next year as Luna Rossa launched their second-generation AC75 yacht in Auckland on Tuesday.

World number one Ash Barty has been nominated by the Richmond Tigers to present them with the Australian Football League (AFL) championship trophy if they win this weekend’s “Grand Final” in her home city of Brisbane.

Three-time Cy Young Award-winner Clayton Kershaw said a chaotic year punctuated by a protracted post-season did little to diminish the luster of a World Series crown, as his Los Angeles Dodgers prepare to take on the Tampa Bay Rays in the Fall Classic.

Purdue coach Jeff Brohm will miss the season opener Saturday against Iowa after testing positive for COVID-19, he confirmed Monday.

Major League Baseball continues to target India as a growth market saying on Monday it had signed a deal to broadcast every game of the 2020 and 2021 World Series in the country and will bring back talent search contest the Million Dollar Arm.

A Major League Baseball (MLB) season that once appeared doomed by COVID-19 approaches the finish line on Tuesday, as a World Series showdown between the Tampa Bay Rays and the Los Angeles Dodgers kicks off in Arlington, Texas.

In the oddest of Major League Baseball seasons shortened by COVID-19 and played in empty stadiums, it seems only right that this year’s World Series would be a meeting between the small market Tampa Bay Rays and the big spending Los Angeles Dodgers.

American Frances Tiafoe advanced to the second round of the European Open in Antwerp, Belgium, dismissing sixth seed Dusan Lajovic of Serbia in straight sets.

Kyle Larson, who was suspended by NASCAR and fired by his team Chip Ganassi Racing for using a racial slur during a live streamed iRacing esports event in April, has been reinstated NASCAR said on Monday.

Dustin Johnson, the top ranked player in the world, withdrew from this week’s ZoZo Championship, the second consecutive tournament he has missed after testing positive for COVID-19.

The Los Angeles Dodgers will turn to veteran and future Hall of Famer Clayton Kershaw when they open the World Series on Tuesday against the Tampa Bay Rays at Globe Life Field in Arlington, Texas. 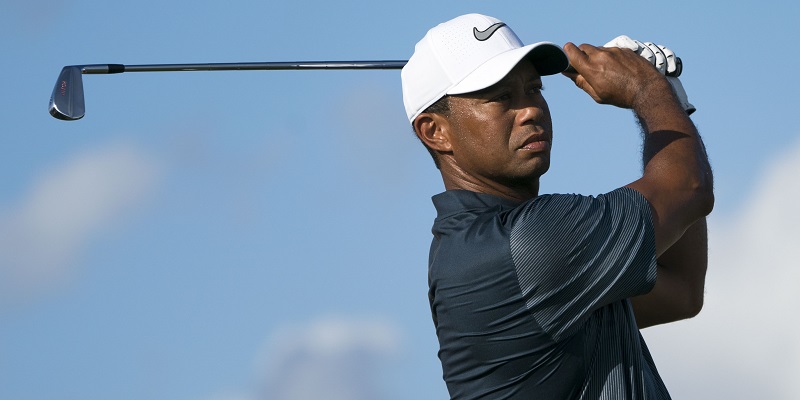 This year’s Hero World Challenge in the Bahamas has been cancelled due to travel restrictions amid the COVID-19 pandemic, organisers said on Monday.

The Los Angeles Dodgers head into this year’s World Series looking to end an agonizing 32-year wait for a championship following a litany of disappointing playoff exits in recent years where they fell short of expectations.

The Carolina Panthers shut down their facility and were working remotely amid an unconfirmed positive test for COVID-19, the team announced Monday.

The dates for the 2023 Solheim Cup in Spain were confirmed Monday.

Derby County forward Wayne Rooney said on Monday he had tested negative for COVID-19 but must self-isolate for 10 days after coming into contact with a friend who tested positive.

Egyptian grandfather Ezzeldin Bahader has been recognised as the world’s oldest professional soccer player after completing a second full match just short of his 75th birthday.

Primoz Roglic will be looking for more redemption after his Tour de France heartbreak as he prepares for a COVID-19-threatened Vuelta a Espana as Chris Froome bids farewell to Ineos-Grenadiers after 11 years with the British outfit. 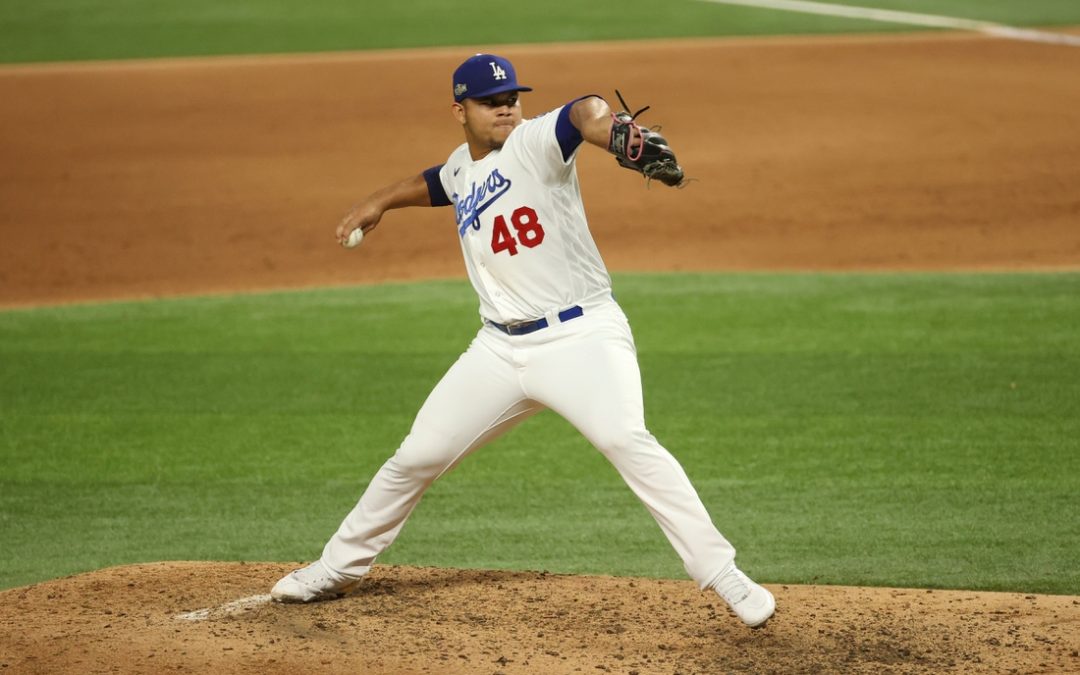 With their season running dangerously short on time, the Los Angeles Dodgers went long on Sunday, doing what they do best with a pair of late home runs to advance to their third World Series in four seasons.

Jumbo-Visma, one of the leading men’s outfits, is starting a women’s team for the 2021 season with Dutch great Marianne Vos in the squad, they said in a statement https://www.teamjumbovisma.com/news/news/team-jumbo-visma-starts-womens-team-in-2021 on Monday.

The University of Iowa is rejecting calls from eight former Hawkeyes football players who want $20 million in compensation for what they have said was racial discrimination.

Belgium, Germany and the Netherlands unveiled plans on Monday for a joint bid to host the Women’s World Cup in 2027.

Murray pulls out from Cologne event with pelvic problem

Andy Murray has suffered another injury setback and has pulled out of this week’s ATP Tour event in Germany due to a lingering pelvic problem, the former world number one said, raising doubts over his participation for the remainder of the year.

Seattle Storm’s Sue Bird believes women’s soccer players in the United States are more widely supported than their counterparts in the WNBA because of the public perception of them as “cute little white girls.”