President Donald Trump and his Democratic opponent, Joe Biden, will both travel to the key Midwestern state of Minnesota on Friday, as early voting begins there ahead of November’s election.

Democrats in the U.S. House of Representatives plan to file a stopgap funding measure that would avoid a government shutdown and keep federal agencies operating through Dec. 11, according to a House Democratic aide.

U.S. House of Representatives Speaker Nancy Pelosi will speak on Friday afternoon with the chief executives of the country’s top airlines, who are urging Congress to approve another $25 billion in assistance to keep tens of thousands of U.S. workers on the payroll past Sept. 30, sources said.

A congressional panel is postponing a closed door deposition with a former Department of Homeland Security (DHS) intelligence chief because of delays in obtaining access to classified records and approval of security clearances for his lawyers. 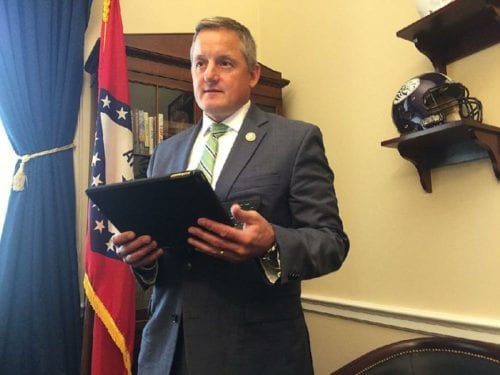 I traveled back to D.C. on Monday to kick off the next few weeks of legislative work. It’s hard to believe we’re already nearing the holidays and end of the year, and we’ve got a lot to accomplish between now and then.

Sacramento Report: The Debate Over SB 145 Sure Escalated Quickly 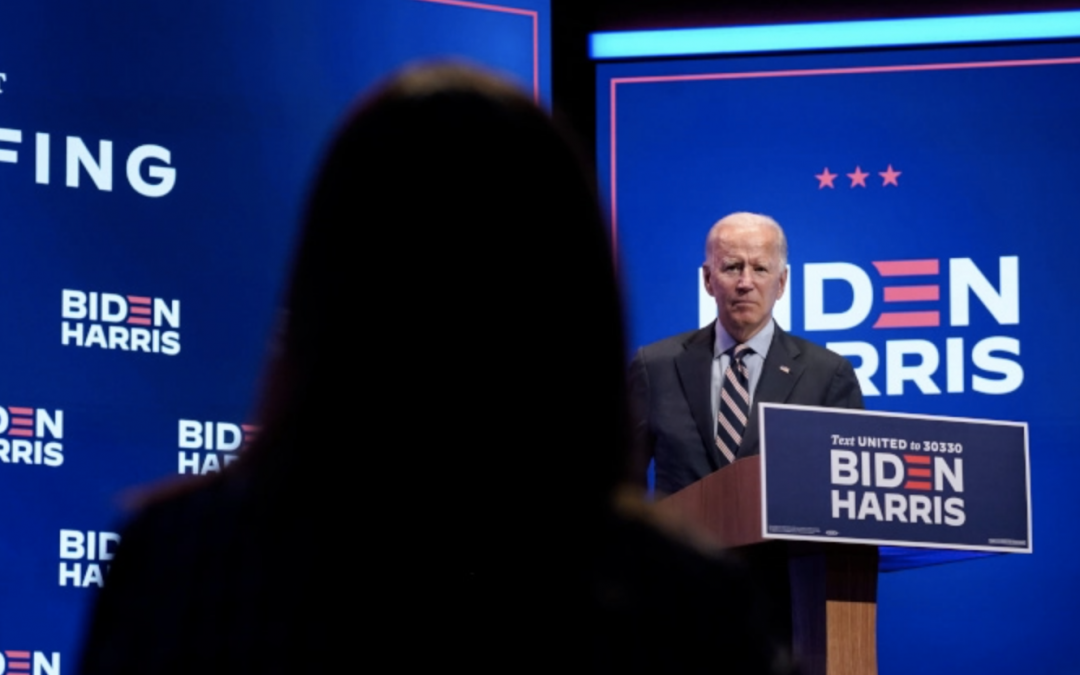 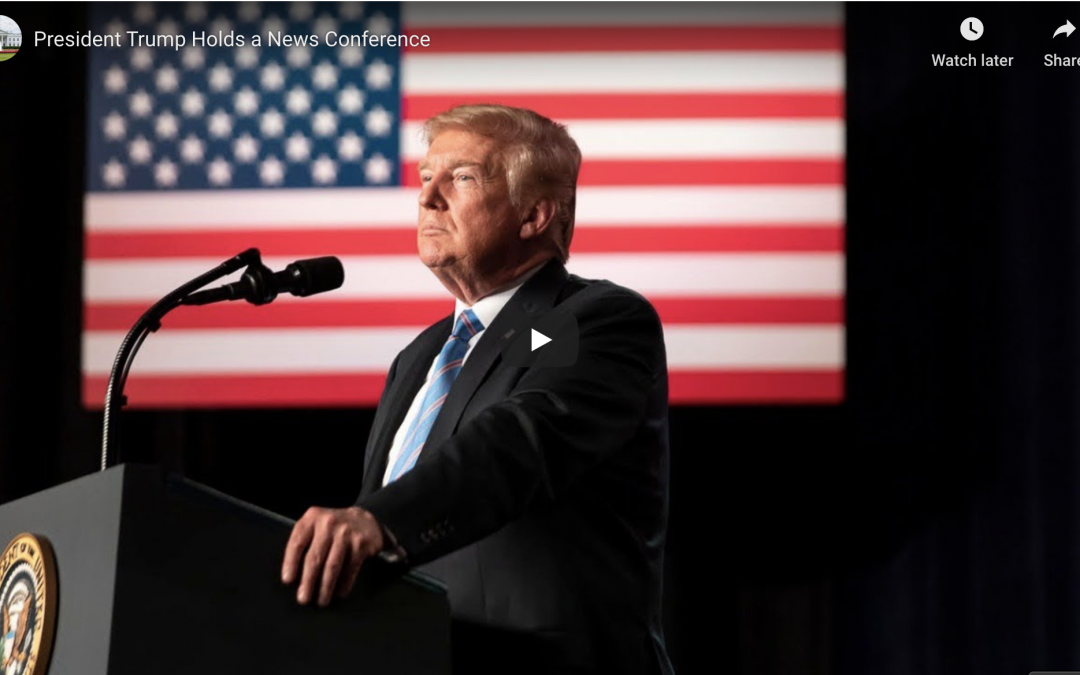 Michigan court rules that late arriving ballots must be counted

A Michigan judge ruled on Friday that mailed ballots postmarked by Nov. 2 must be counted in the state as long as they are received within two weeks after the Nov. 3 election, the latest move by a U.S. court to protect voting rights in the pandemic.

U.S. President Donald Trump awarded the U.S. Legion of Merit, Degree Chief Commander, to Kuwaiti Emir Sheikh Sabah al-Ahmad al-Sabah, the White House said in a statement on Friday, adding that it was the first time the honor has been given since 1991.

U.S. lawmakers will consider two bills next week on goods made with forced labor from China’s Xinjiang region, House Speaker Nancy Pelosi said on Friday, with one that would restrict imports and another requiring publicly traded U.S. companies to make disclosures on supply chains.

U.S. President Donald Trump will announce a new round of aid to farmers of about $13 billion at a campaign rally in Wisconsin on Thursday night, a source familiar with the situation told Reuters. 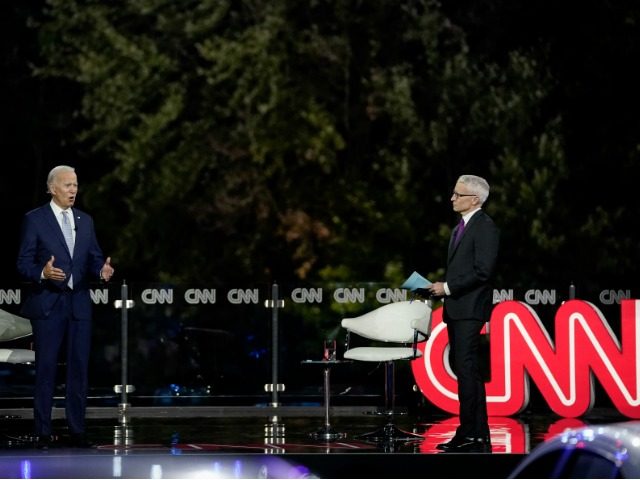 Joe Biden emphasized social distancing during his CNN town hall meeting on Thursday, but when he thought he was off camera, he violated his own rule. 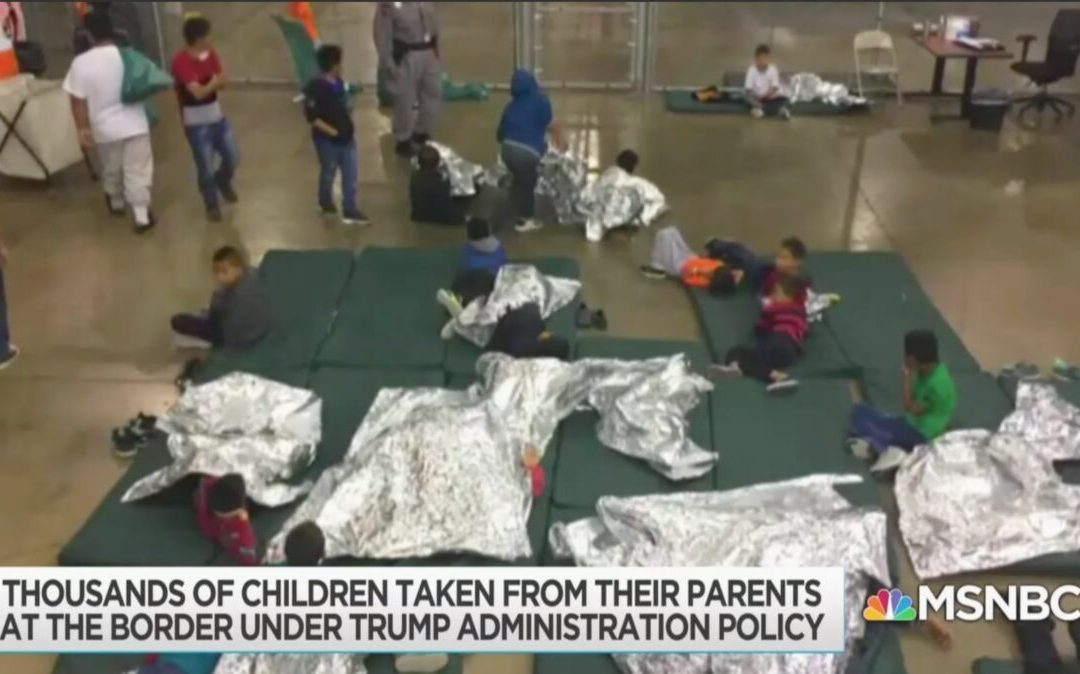 MSNBC’s Rachel Maddow used images of children held in cages during the Obama administration in a segment blasting President Donald Trump over the issue. 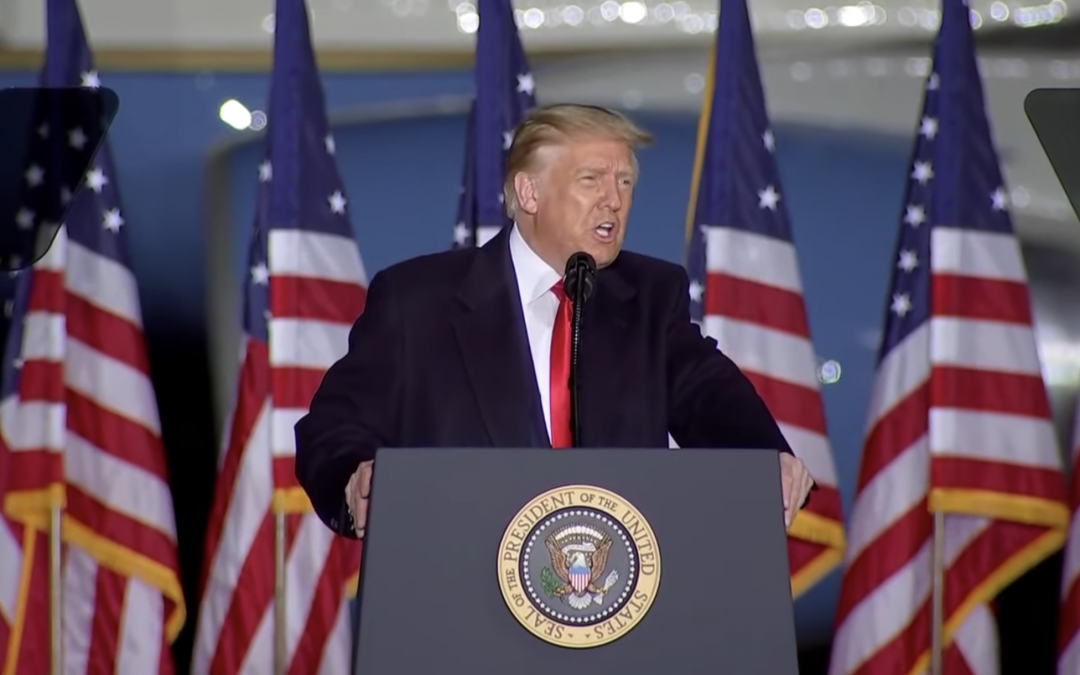 Almost four months after the worst rioting and looting in history took hold in practically every major city in the US, the majority of which are run by Democrats, Nancy Pelosi finally said something about it.

The foreign policy issues that divide Trump and Biden

Factbox: A look at the 43 competitive races in the U.S. House of Representatives

Democrats will defend their majority in the U.S. House of Representatives in November elections, in which about one in 10 of the chamber’s 435 seats will be the goal of a competitive race, according to nonpartisan tracking services.

Trump and Biden on race, policing and criminal justice

Republican President Donald Trump and his Democratic opponent, Joe Biden, have contrasting records on race and criminal justice, issues that have risen in prominence in the 2020 election.

U.S. Democratic presidential candidate Joe Biden attacked President Donald Trump for disregarding the risks of the coronavirus on Thursday, blaming him for thousands of unnecessary American deaths and vowing to mount a coordinated national response if elected.

U.S. President Donald Trump plans to issue an executive order allowing him to impose U.S. sanctions on anyone who violates a conventional arms embargo against Iran, three sources familiar with the matter said on Thursday.

President Donald Trump said on Thursday he planned to establish a commission to promote “patriotic education” in the United States, taking issue with efforts to highlight the United States’ history of slavery and racism.

U.S. President Donald Trump’s re-election campaign on Thursday denied a Guardian newspaper report in which a former model accused the New York real estate developer of sexually assaulting and groping her at the U.S. Open tennis tournament in 1997. 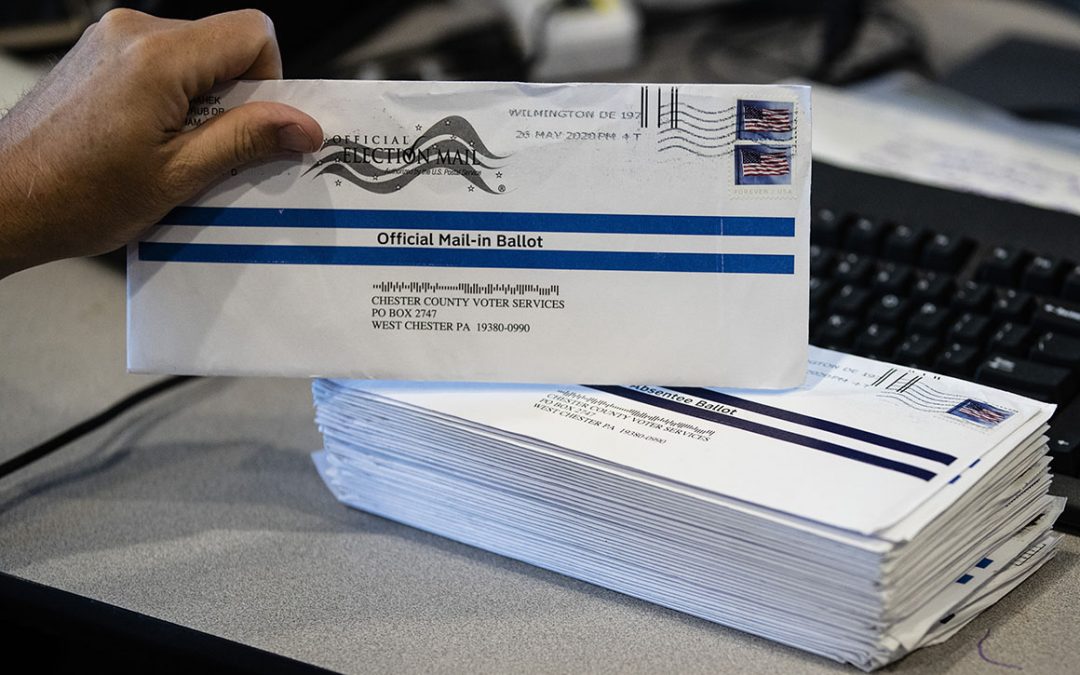 Pennsylvania’s top court ruled on Thursday that state officials dealing with a surge in mail-in ballots due to the coronavirus pandemic can accept the ballots up to three days after the Nov. 3 presidential election, as long as they were mailed by Election Day. 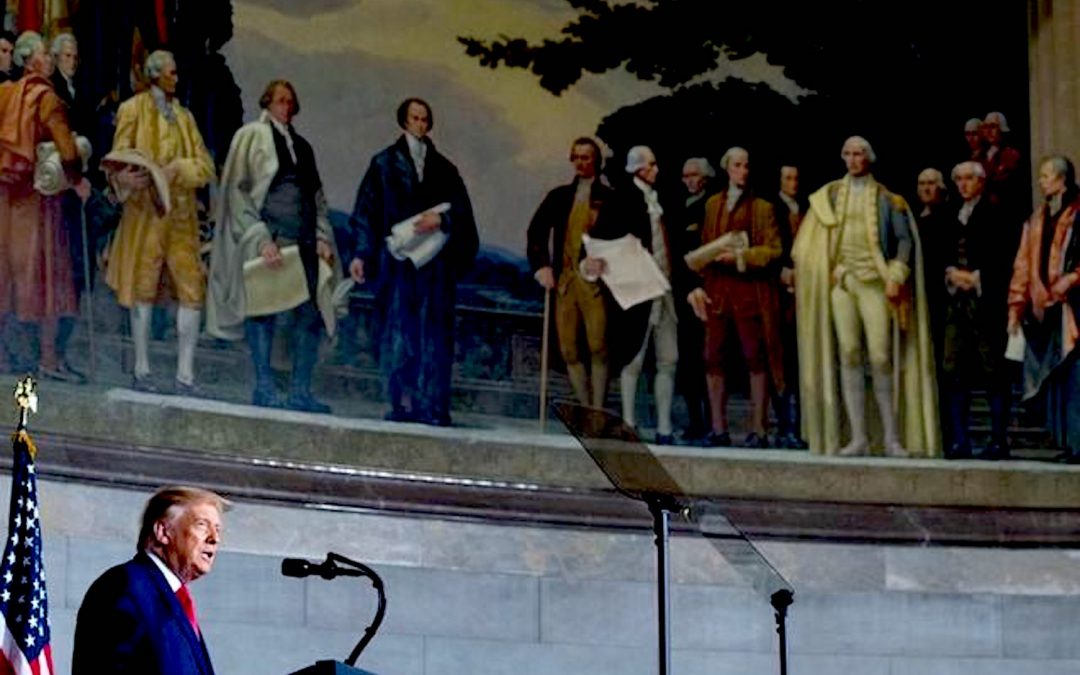 President Donald Trump on Thursday announced the creation of a “1776 Commission” to fight the growth of far-left revisionist history such as the 1619 Project. 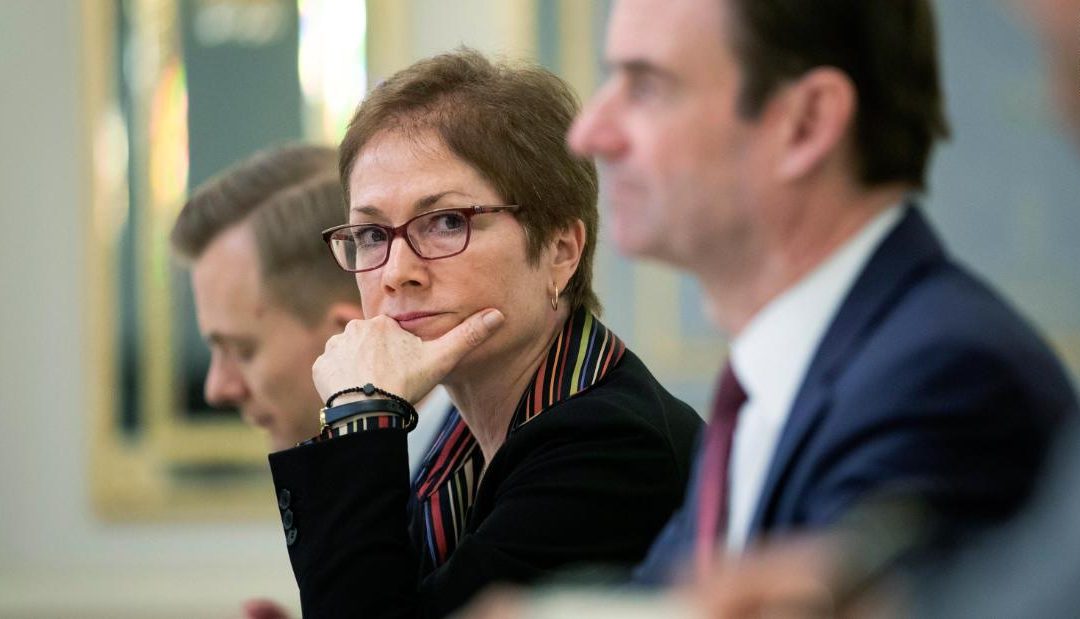 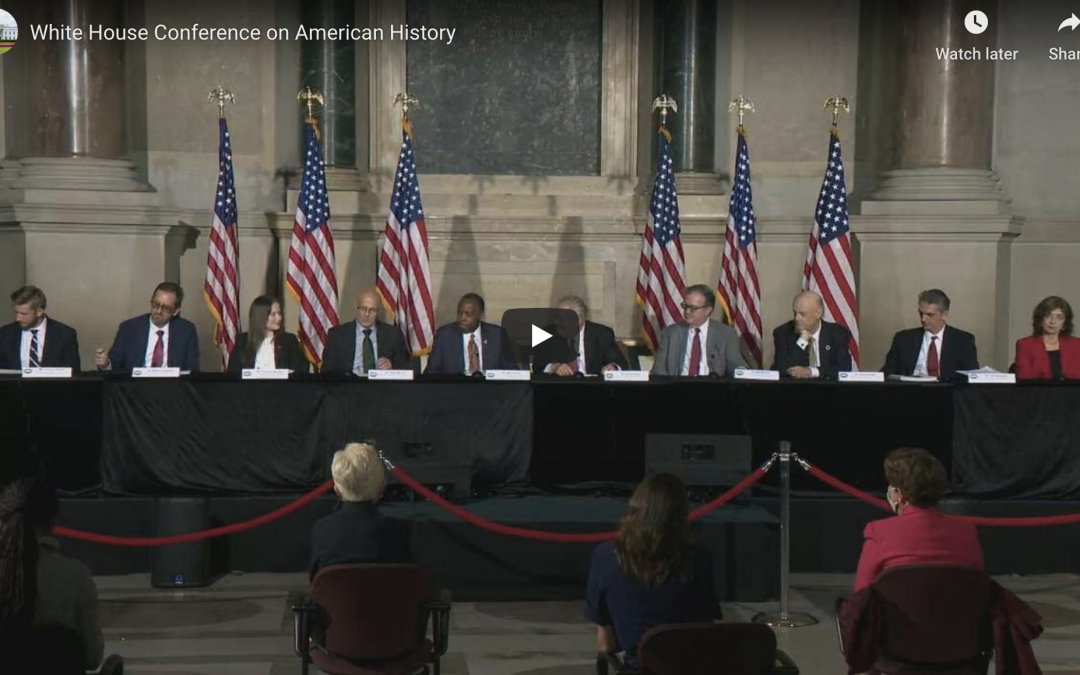 Factbox: These states could decide the U.S. presidential election

While most states are reliably Republican or Democratic in U.S. presidential elections, about a dozen are key battlegrounds that could swing for either President Donald Trump or challenger Joe Biden in November.

Trump’s son agrees to sit for questioning in New York probe, after the election

Lawyers for Donald Trump’s son Eric said he is willing to be questioned in connection with a civil probe by New York’s attorney general involving the U.S. president and his Trump Organization, if it can wait until after the Nov. 3 election.

U.S. Senate Democrats plan to announce their own program to counter China’s global influence on Thursday, unveiling sweeping legislation seeking to boost U.S. competitiveness and recast diplomacy with Beijing, according to a summary of the measure seen by Reuters.

The U.S. House of Representatives passed a resolution on Thursday denouncing anti-Asian rhetoric related to the coronavirus pandemic, including expressions like “China virus” frequently used by President Donald Trump. 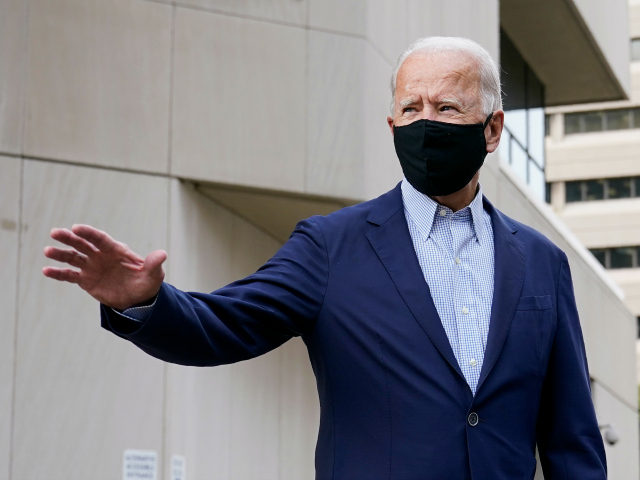 Ocasio-Cortez: ‘We Can Likely Push’ Biden in a ‘More Progressive Direction’

Far-left radicals will be able to push Joe Biden (D) in a “more progressive direction,” Rep. Alexandria Ocasio-Cortez (D-CA) said in an interview on Tuesday. 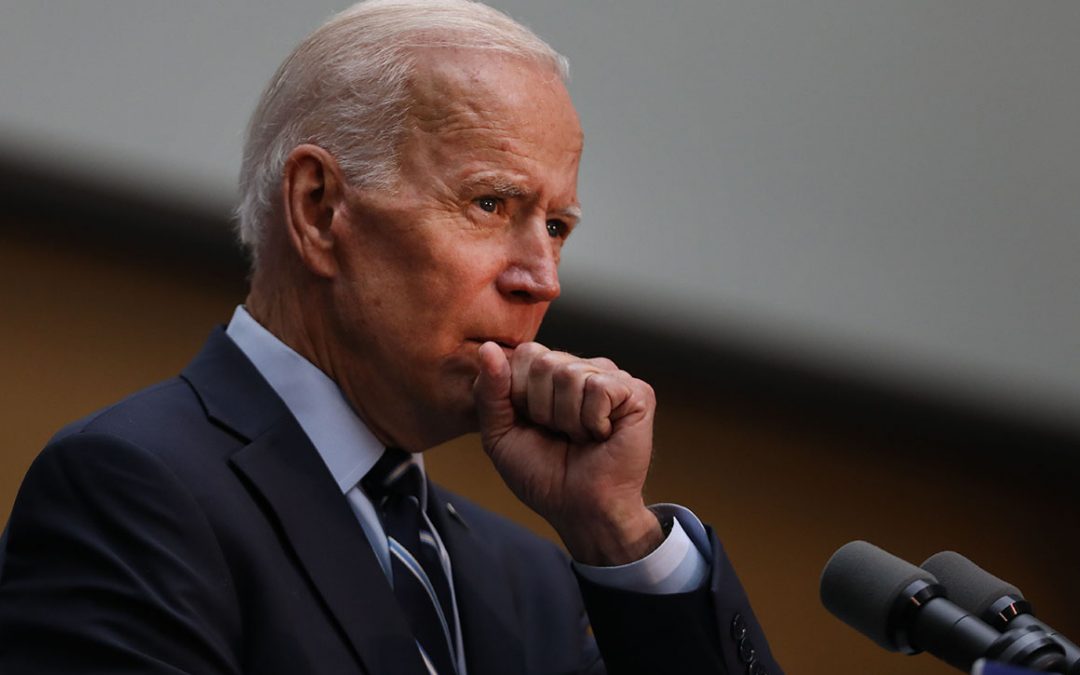 Joe Biden: ‘No Deportations’ for Illegal Aliens Until They Commit a Felony

Democrat presidential candidate Joe Biden is again vowing that he will not deport any illegal aliens in his first 100 days in office until they commit a felony against an American citizen. 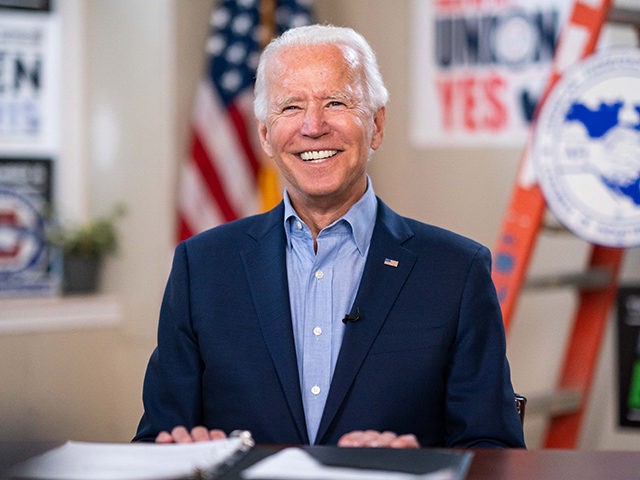 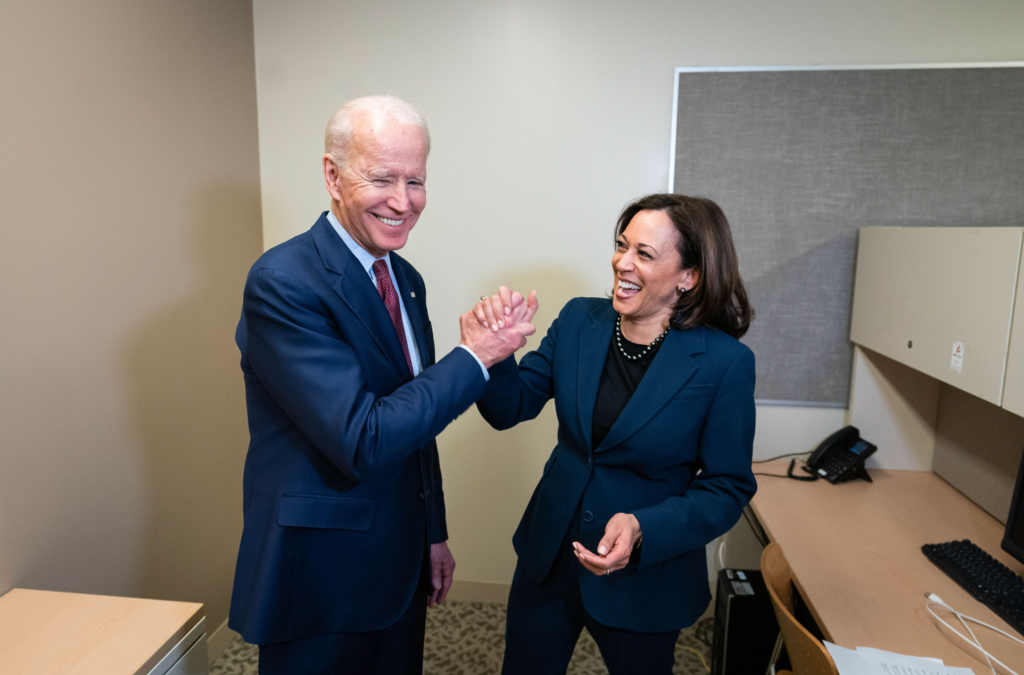 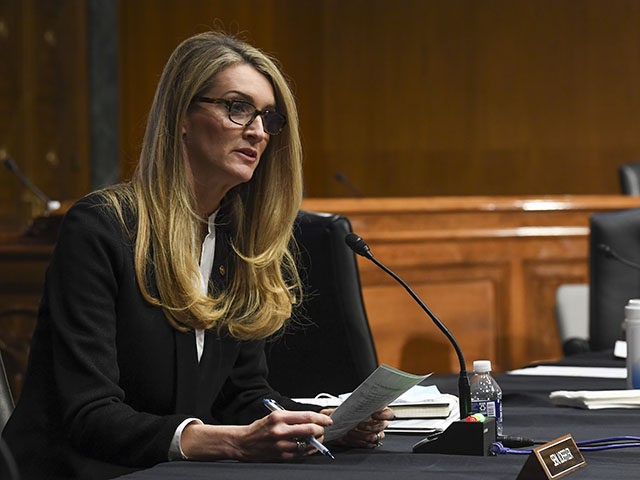 Kelly Loeffler: ‘Disgusting’ for Kamala Harris Not to Denounce Protesters at Hospital Wishing for Death of Shot L.A. Police Officers 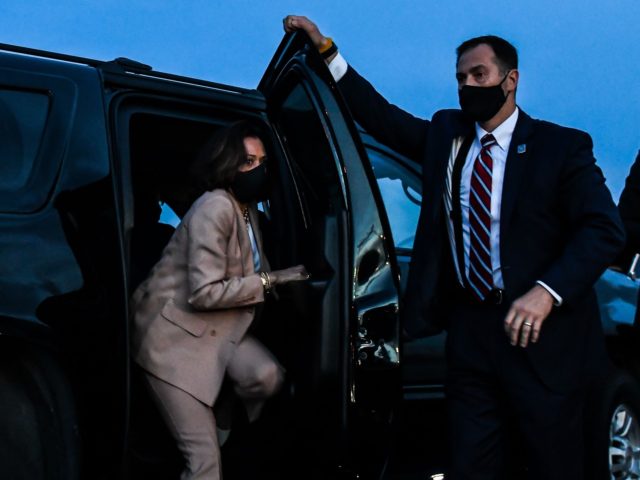 During a recent trip to Miami, Florida, Democrat vice presidential hopeful Kamala Harris was protected by Secret Service agents using variants of the very rifles she wants to ban Americans from owning. 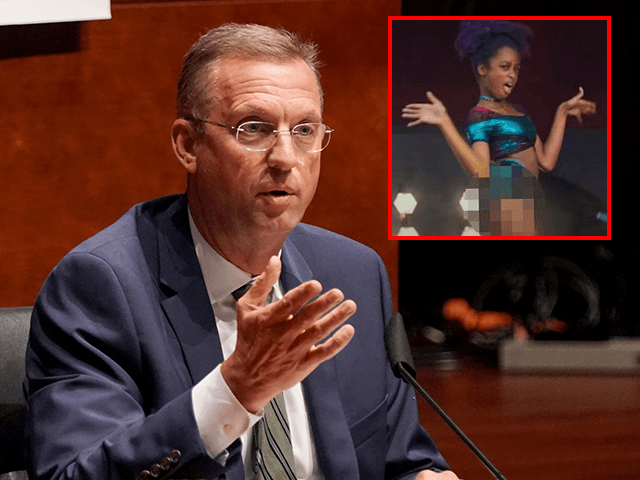 Rep. Doug Collins (R-GA) is asking the Federal Communications Commission to prohibit any future broadcast of the underage twerking movie 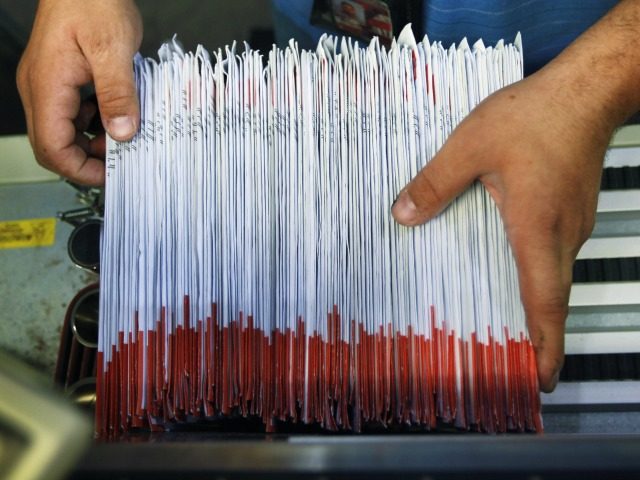 Donald Trump: States Sending Unsolicited Ballots Should ‘Give It Up NOW’

President Donald Trump said on Thursday that states sending unsolicited mail-in ballots should end the process to prevent a delay in election results. 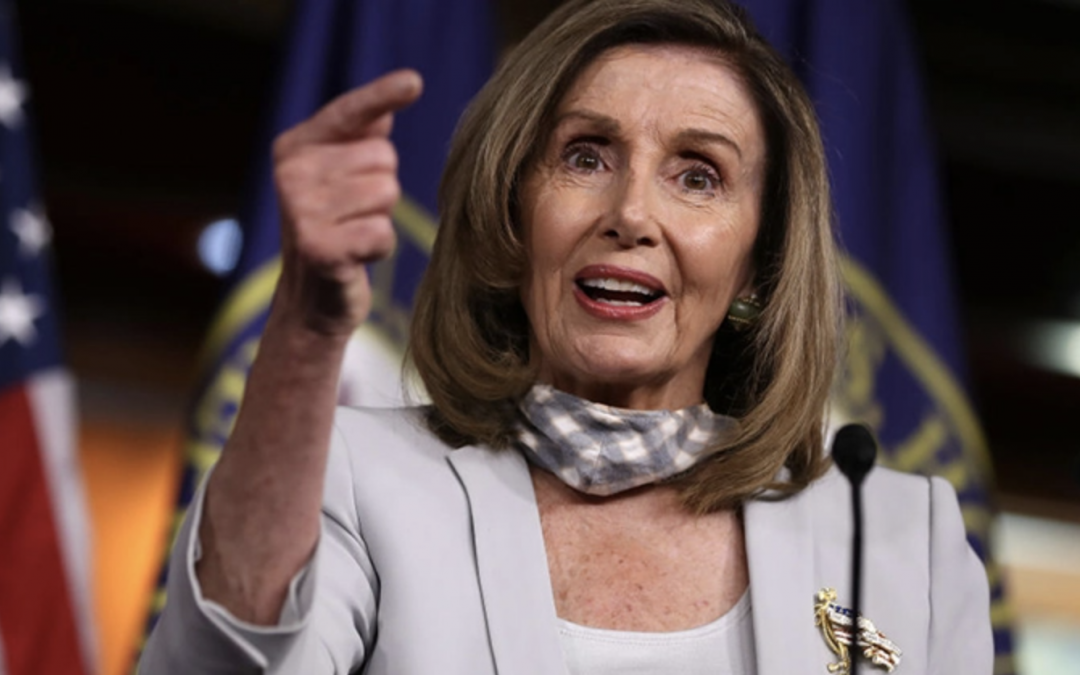 “Jim, you didn’t make a mistake” 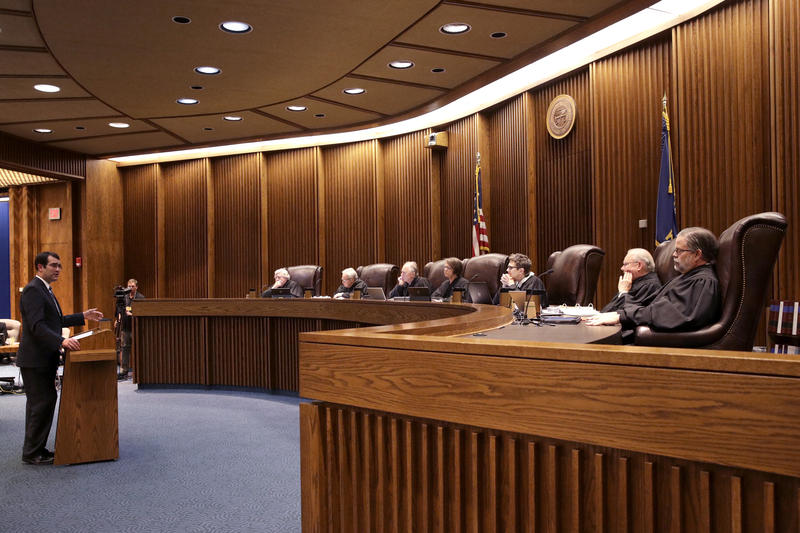 Attorneys with the office of Attorney General Derek Schmidt will argue this week for the Kansas Supreme Court to uphold two state statutes against constitutional challenges as the court resumes operations disrupted by the COVID-19 pandemic. 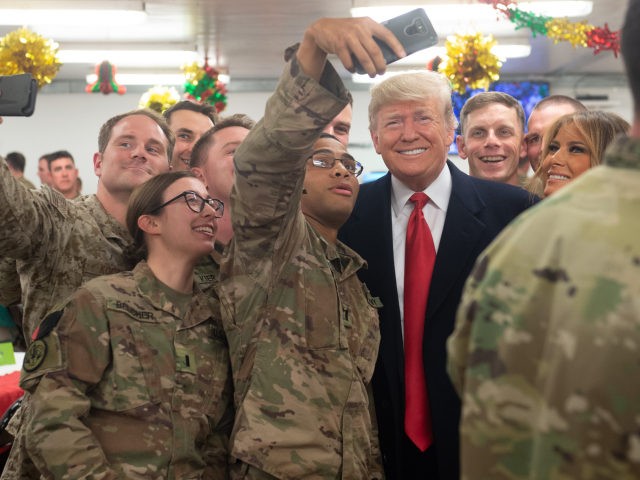 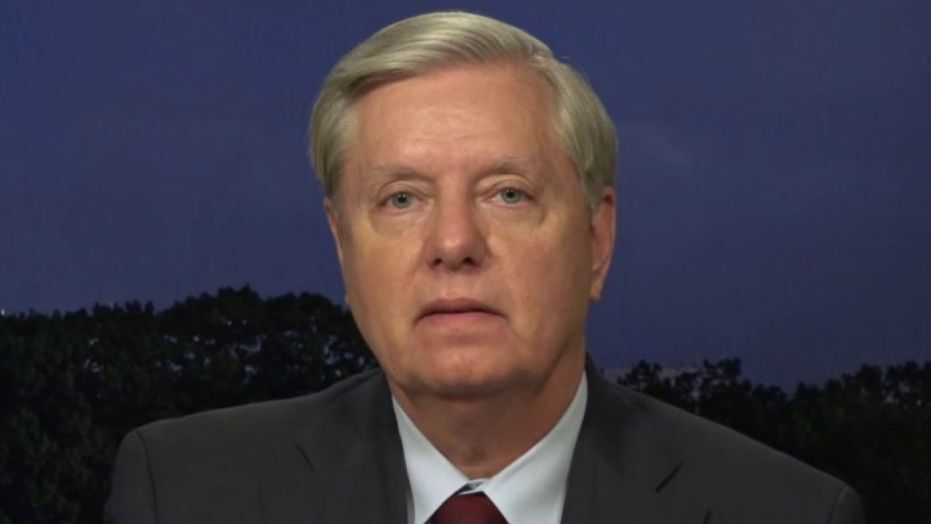 Graham: Comey Will Appear Before Senate Judiciary Committee on September 30 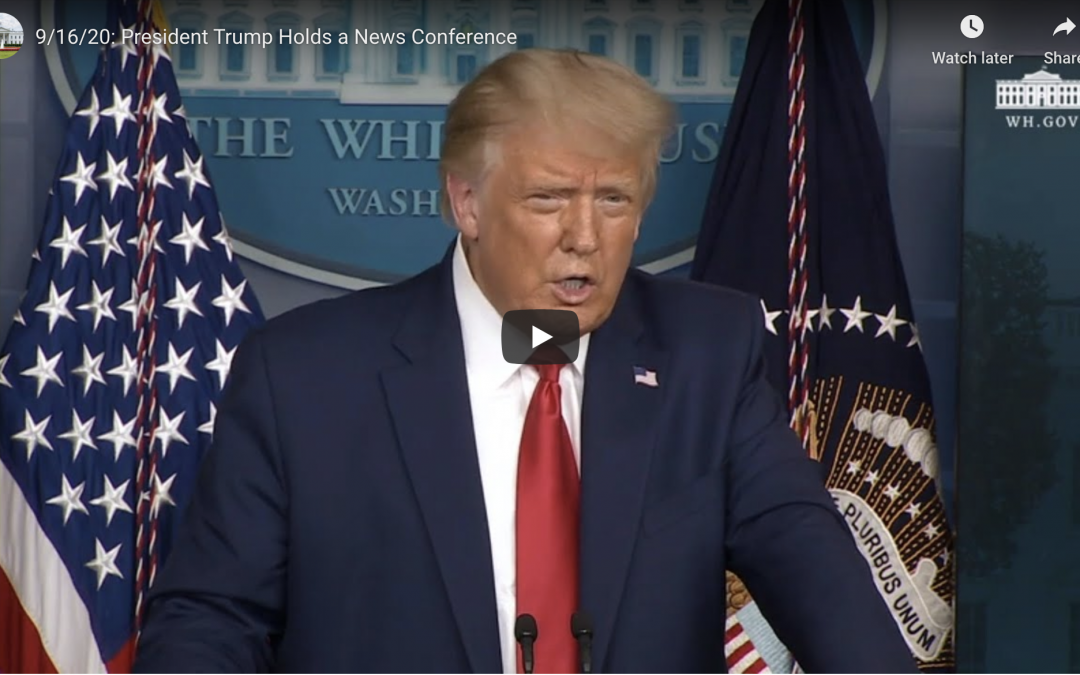 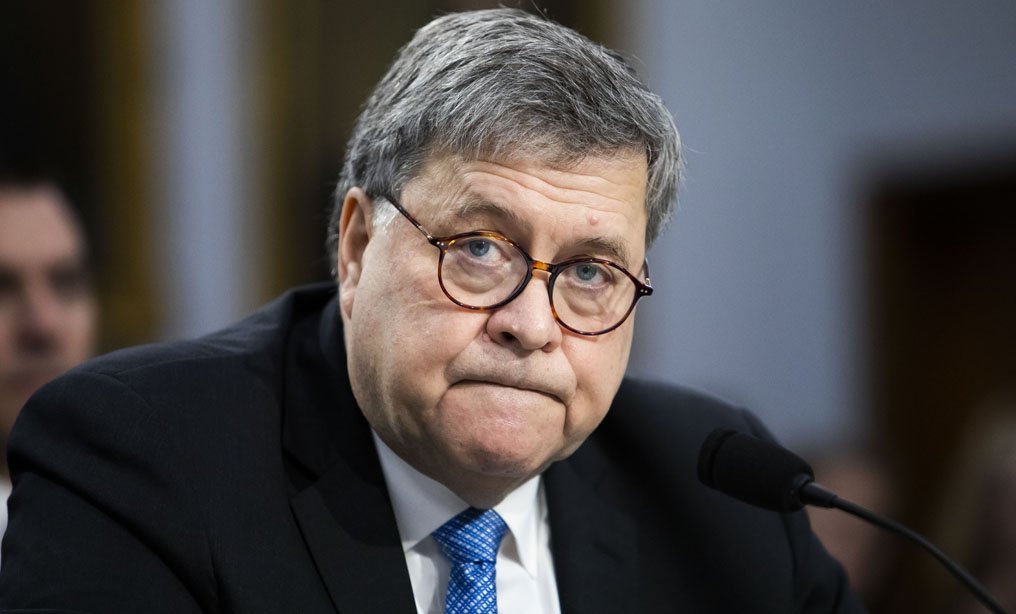 U.S. authorities are set to announce charges and arrests on Wednesday “related to computer intrusion campaigns tied to the Chinese government”, the U.S. Department of Justice said in a statement.

The coronavirus pandemic threw millions of Americans out of work, ended the longest U.S. economic expansion on record and undermined a key argument for President Donald Trump’s re-election. 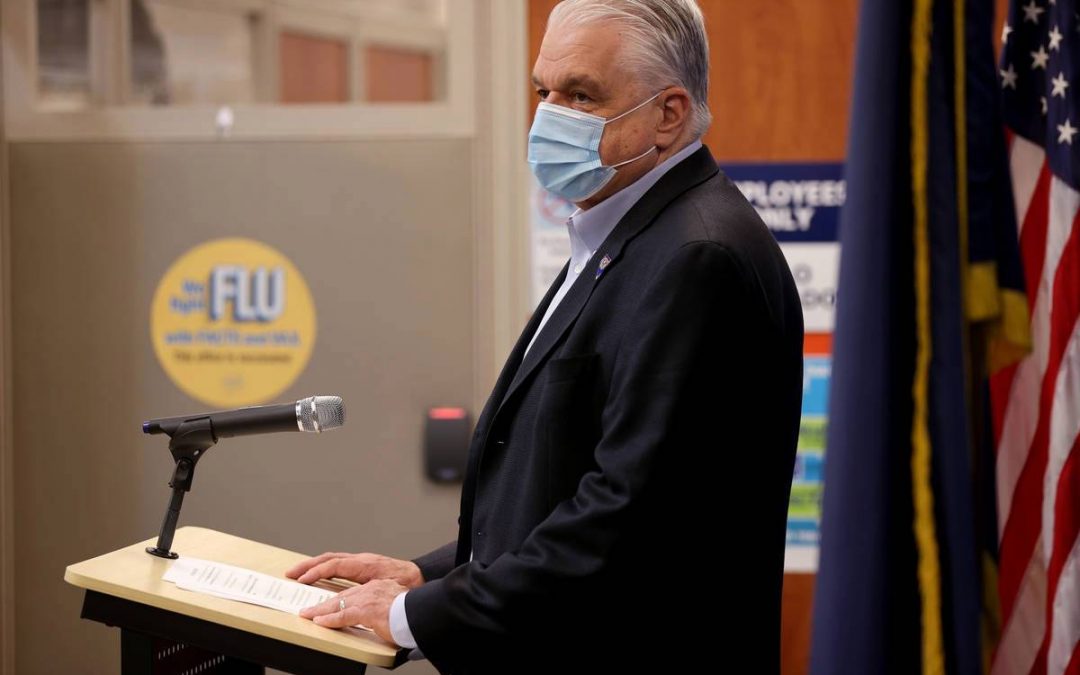 Sisolak: Douglas County may have to pay back CARES aid after Trump rally

Douglas County might have to pay the state back $8.9 million in federal coronavirus pandemic aid it received after it opted to allow President Donald Trump to hold a rally at Minden-Tahoe Airport on Saturday﻿

U.S. intelligence officials to do in-person election security briefings for lawmakers after all

Top U.S. intelligence officials will provide in-person briefings to congressional intelligence committees on foreign efforts to meddle in the 2020 election after all, having previously said they would communicate mainly in writing, senators said on Wednesday.