The Chicago Blackhawks weren’t supposed to reach the first round of the Stanley Cup playoffs. The Vegas Golden Knights weren’t expected to be the top-seeded team in the Western Conference.

Joonas Korpisalo made 33 saves to give the Columbus Blue Jackets a 3-0 win over the host Toronto Maple Leafs in Game 5 of their best-of-five qualifying series Sunday, eliminating the Leafs and earning a spot in the Stanley Cup Playoffs’ main draw. 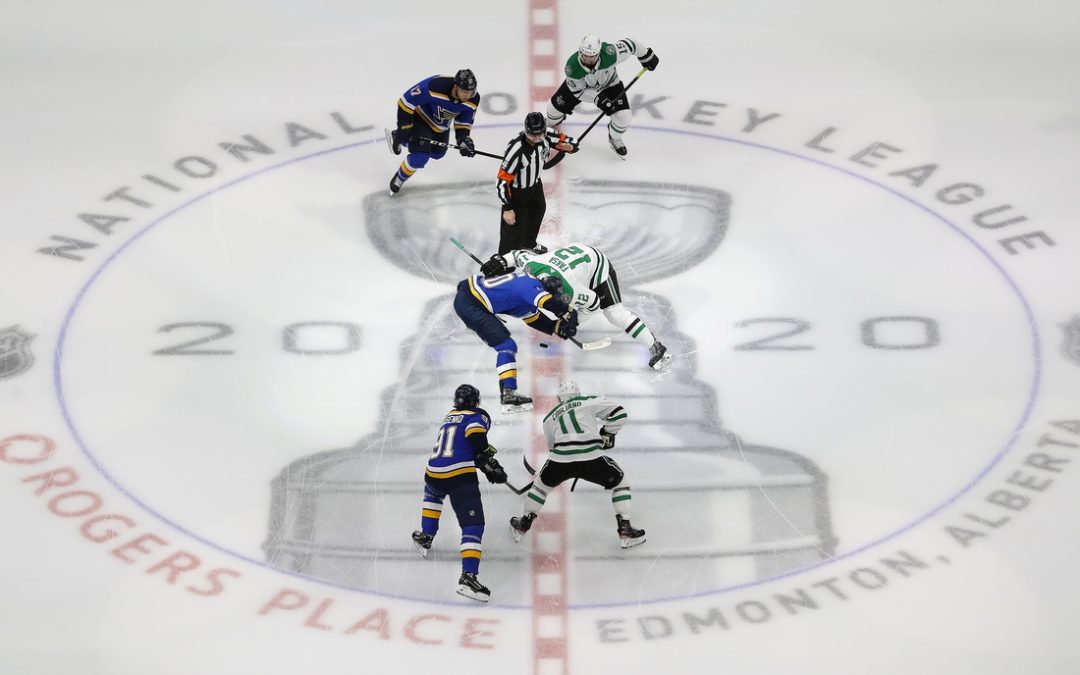 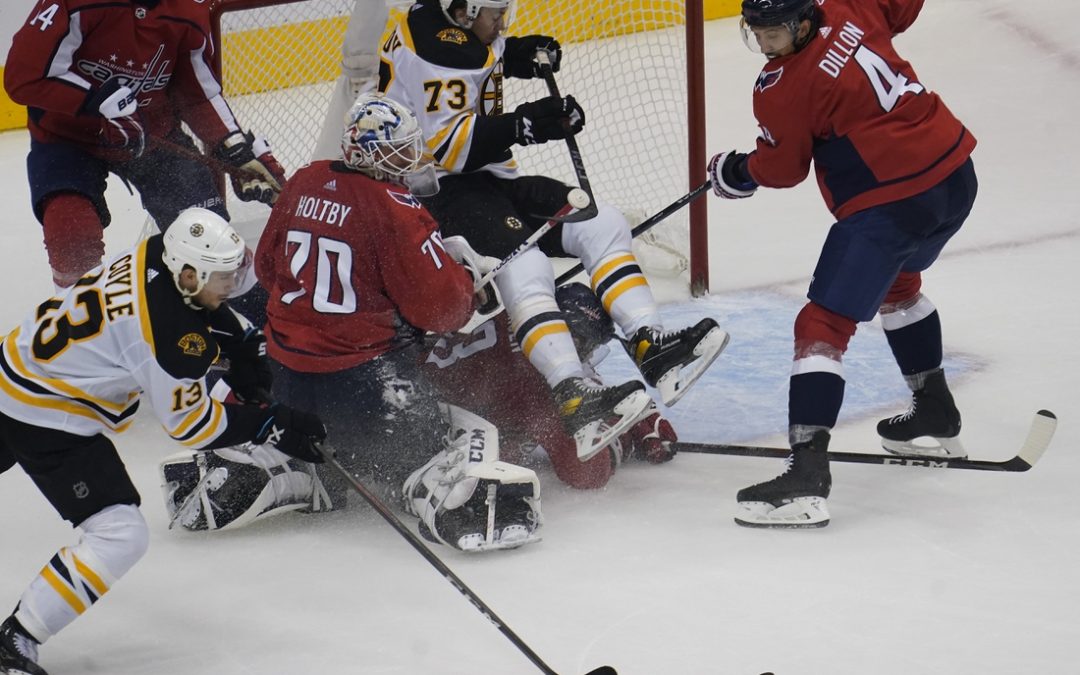 T.J. Oshie and Tom Wilson each scored a goal to lift the Washington Capitals to a 2-1 win over the Boston Bruins on Sunday afternoon in the Eastern Conference round-robin finale in Toronto.

Joonas Korpisalo made 33 saves to give the Columbus Blue Jackets a 3-0 win over the Toronto Maple Leafs in Game 5 of their best-of-five qualifying series Sunday and a spot in the Stanley Cup Playoffs’ main draw. 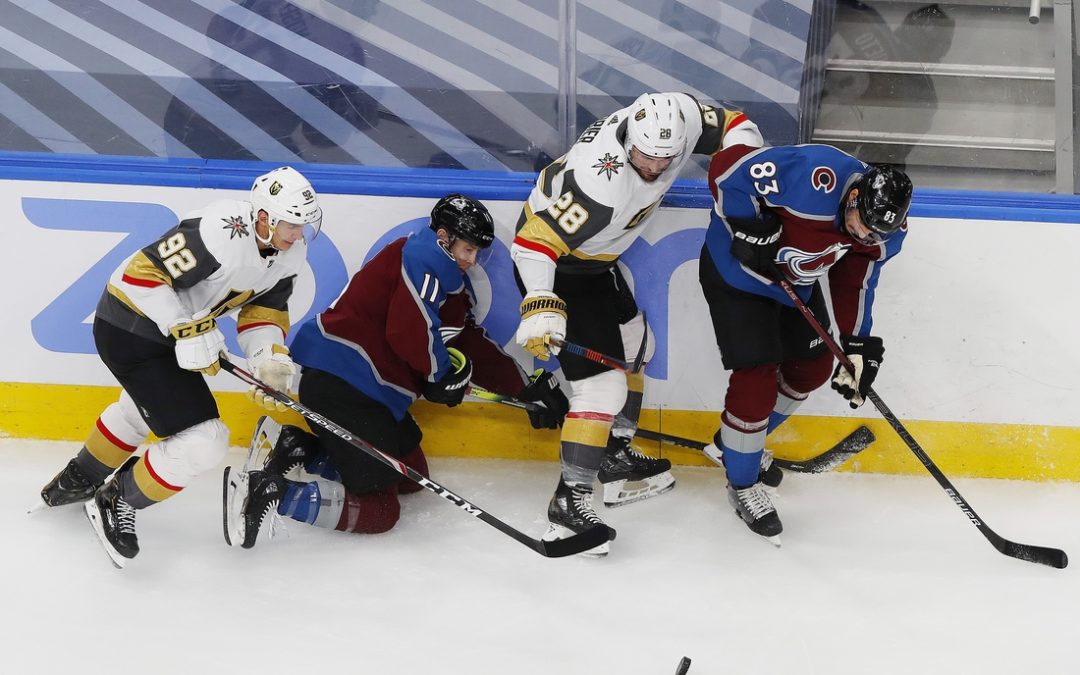 Golden Knights use overtime winner to snare No. 1 seed

Alex Tuch scored with 15.9 seconds remaining in overtime as the Vegas Golden Knights earned the No. 1 seed in the Western Conference of the Stanley Cup Playoffs with a 4-3 a round-robin victory over the Colorado Avalanche on Saturday afternoon at Rogers Place in Edmonton. 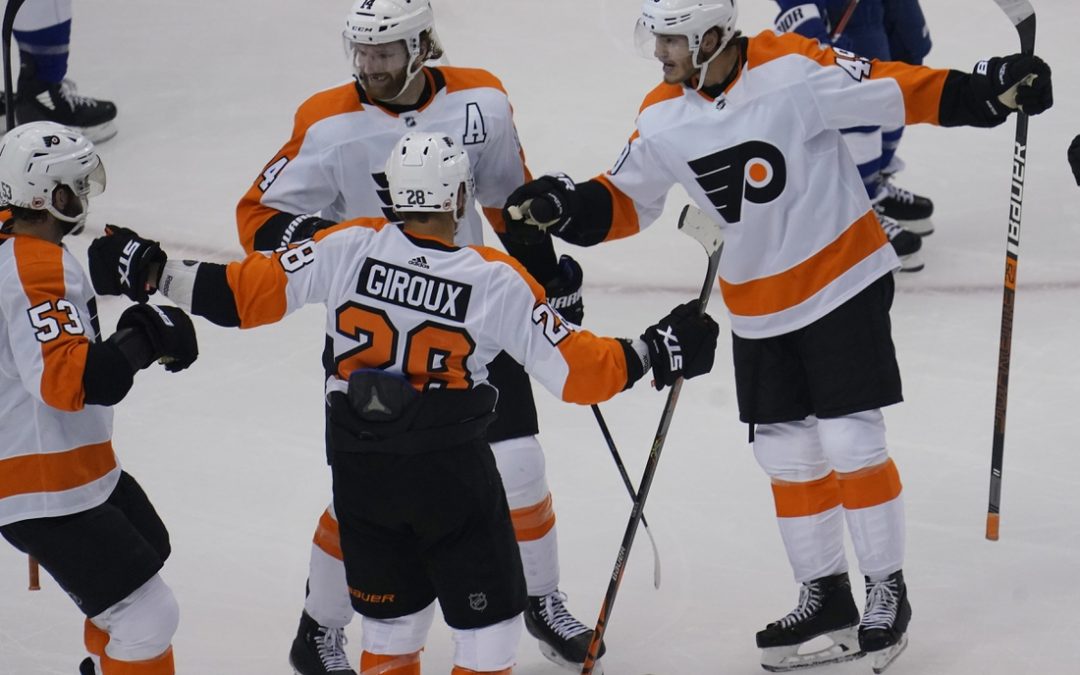 Artturi Lehkonen broke a scoreless tie with 4:11 left in regulation and Carey Price stopped all 22 shots he faced Friday as the Montreal Canadiens posted a 2-0 win that eliminated the Pittsburgh Penguins in a qualifying round series in Toronto.

Coyotes knock out Predators, in overtime

Brad Richardson’s overtime goal gave the Arizona Coyotes a 4-3 win over the Nashville Predators in Game 4 on Friday in Edmonton, and a clinching victory in their Western Conference qualifying series.

Four different players scored while Cam Talbot posted the shutout, as the Calgary Flames beat the Winnipeg Jets 4-0 Thursday in Edmonton to clinch their Western Conference qualifying round series.

Jeff Petry’s sharp-angle goal in the third period Wednesday gave the Canadiens a 4-3 win over the Pittsburgh Penguins in Game 3 of their qualifying-round series, moving Montreal ahead two games to one in the best-of-five set at Toronto.

Maple Leafs’ Muzzin out of hospital after scary fall

Toronto defenseman Jake Muzzin was discharged from the hospital overnight but will miss the rest of the series against the Columbus Blue Jackets after a scary on-ice collision, the Maple Leafs announced Wednesday.

Warren Foegele scored the go-ahead goal in the third period, and goalie James Reimer made 38 saves in his series debut as the Carolina Hurricanes swept their best-of-five qualifying set against the New York Rangers by winning 4-1 in Game 3 on Tuesday night in Toronto.

Andrei Svechnikov recorded the first postseason hat trick in franchise history to lead the Hurricanes to a 4-1 victory over the New York Rangers on Monday afternoon in Toronto, giving Carolina a 2-0 lead in a best-of-five Eastern Conference qualifying series. 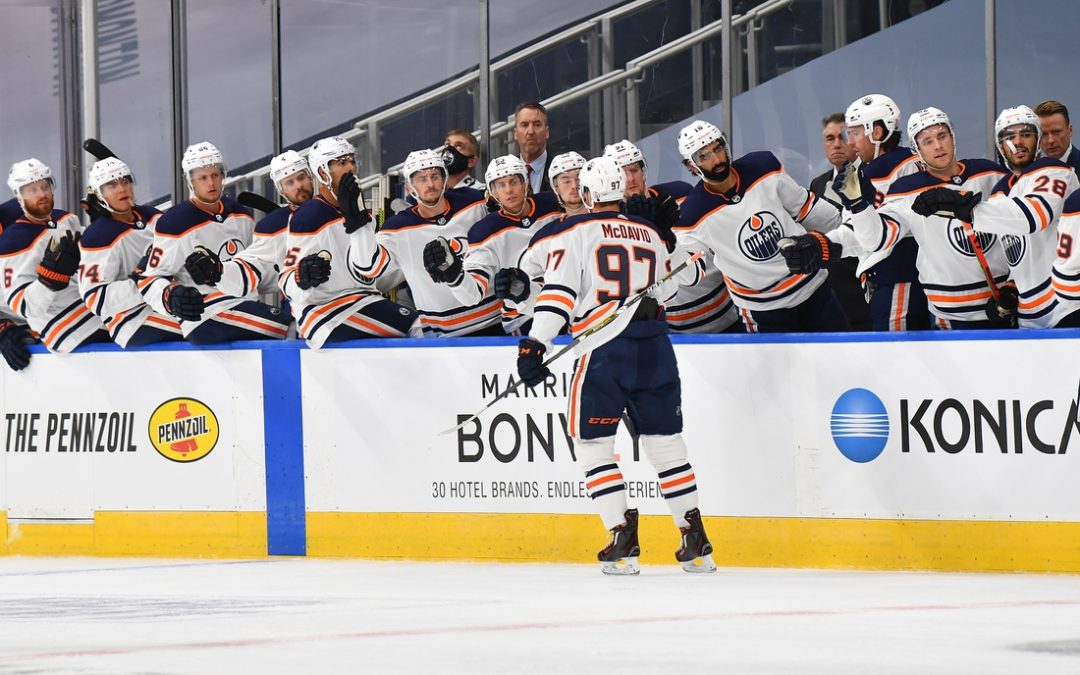 Oilers look to rebound from Game 1 thumping by Chicago

After being routed in Game 1, the Edmonton Oilers have to quickly get on track when they host the Chicago Blackhawks in the second game of their best-of-five Western Conference qualifying round series on Monday night. 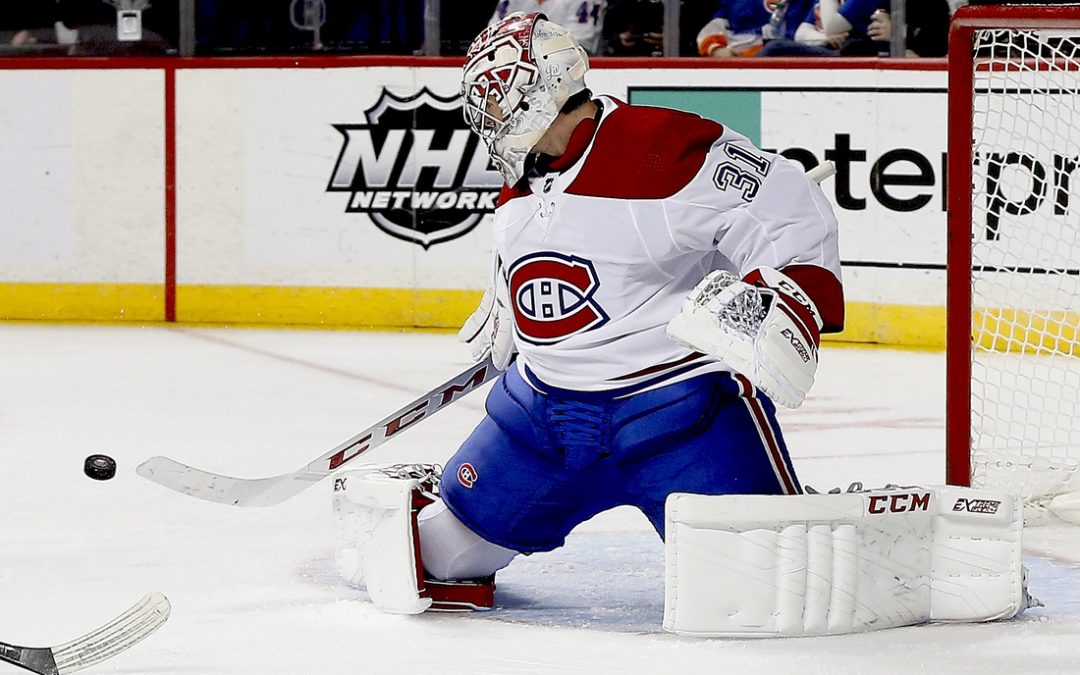 Habs look to put Pens on verge of elimination

The Montreal Canadiens are the 12th — or lowest — seed in the Eastern Conference qualifying round in Toronto, making them the underdog against the fifth-seeded Pittsburgh Penguins. 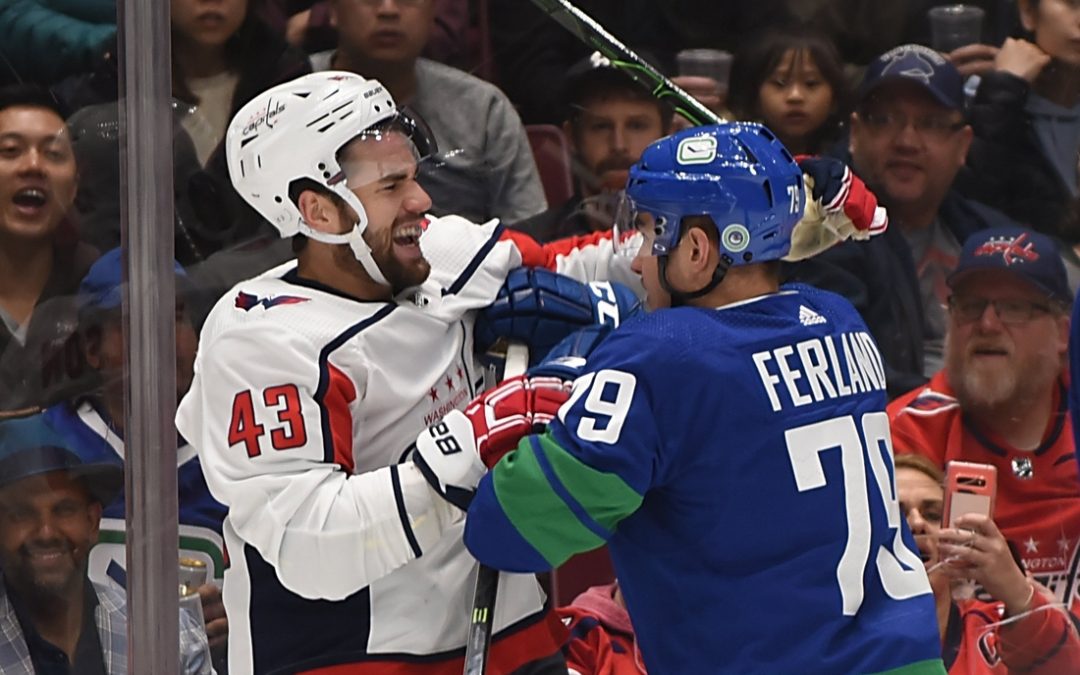 Vancouver Canucks forward Micheal Ferland and Minnesota Wild forward Luke Kunin are lighter in the wallet following their actions during the opener of their Western Conference qualifying series.

Cam Atkinson scored early in the third period and the Columbus Blue Jackets got a historic performance in net to defeat the Toronto Maple Leafs 2-0 in the opener of a best-of-five qualifying series in Toronto on Sunday night. 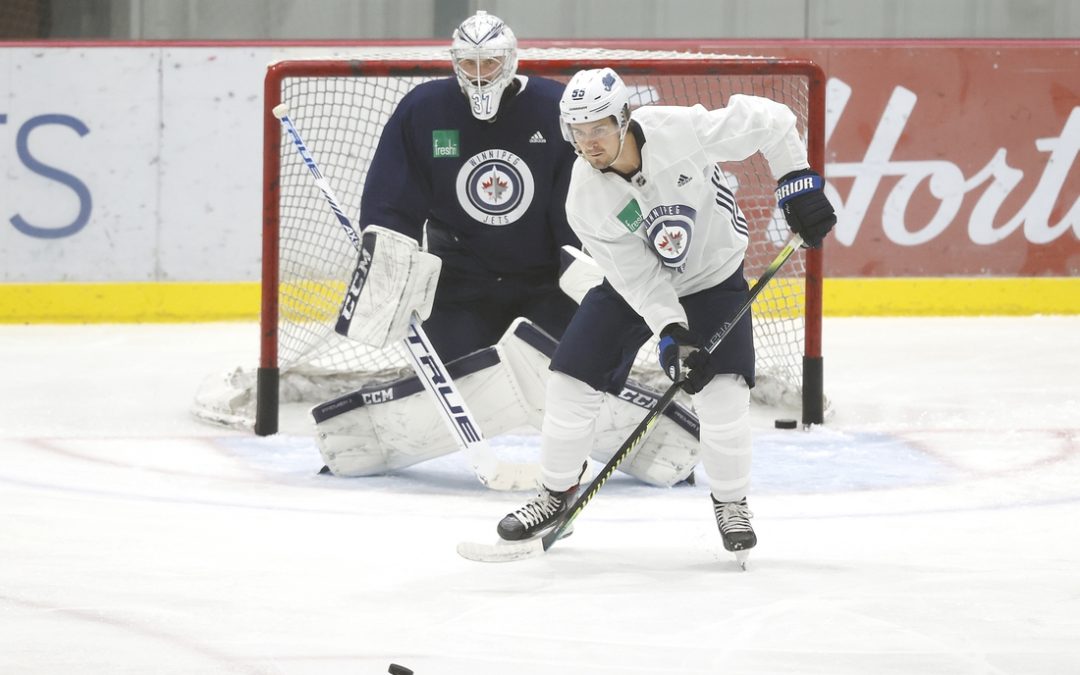 Winnipeg Jets top-line center Mark Scheifele suffered a leg injury in his team’s qualifying round Game 1 loss to the Calgary Flames 4-1 on Saturday. 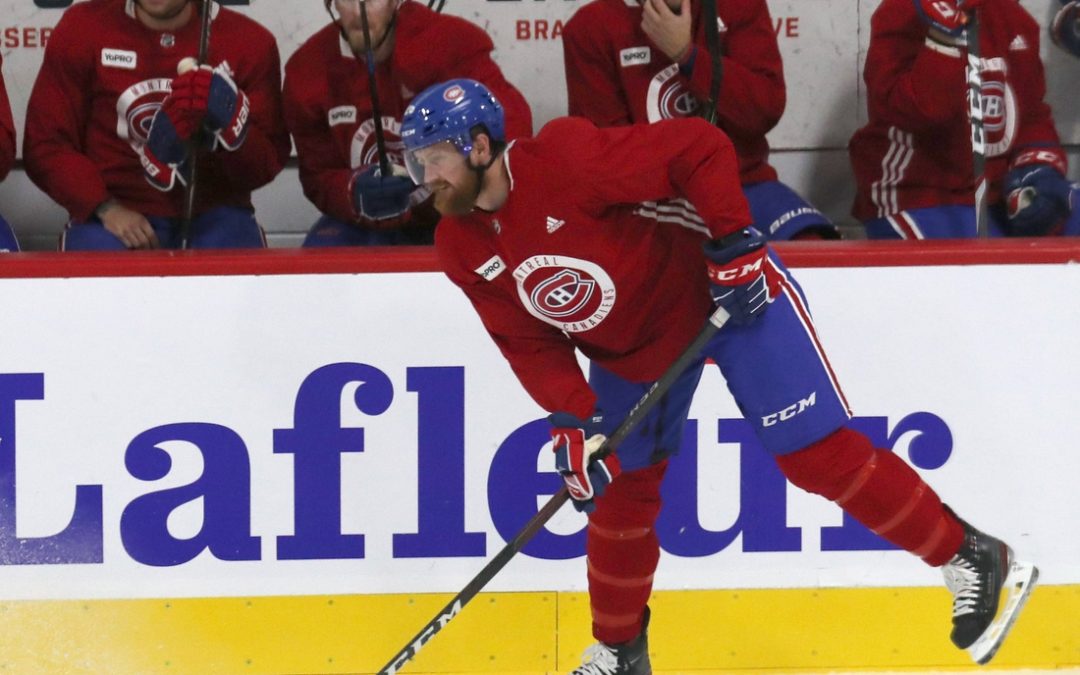 Jeff Petry scored at 13:57 of overtime as the Montreal Canadiens opened their qualifying series with an upset win over the Pittsburgh Penguins in Toronto on Saturday night.

Rangers, Hurricanes back in action in Toronto; Dumba takes knee in Edmonton

The National Hockey League returned from a COVID-19 shutdown on Saturday without the players showing support for Black Lives Matter or any other social justice causes that have marked the reopening of other sports.

Players focus on scoring and fighting not protests as NHL returns

There were goals and fights but no spectators or protests as the Carolina Hurricanes beat the New York Rangers 3-2 on Saturday and the National Hockey League delivered a businesslike relaunch of its coronavirus-hit season.

Dominik Kubalik tallied two power-play goals and three assists and Jonathan Toews had two goals as the Chicago Blackhawks defeated the Edmonton Oilers 6-4 in the opener of a best-of-five qualifying round Saturday afternoon at Rogers Place in Edmonton. 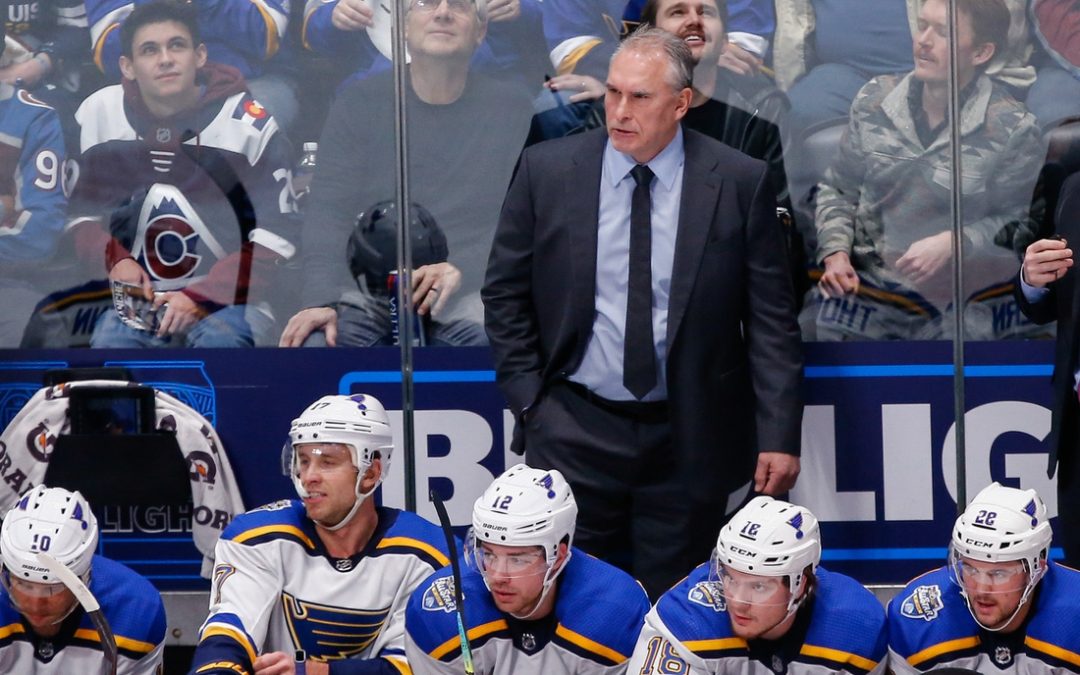 The St. Louis Blues resume their quest to repeat as Stanley Cup champions with a huge hockey game. Well, sort of. 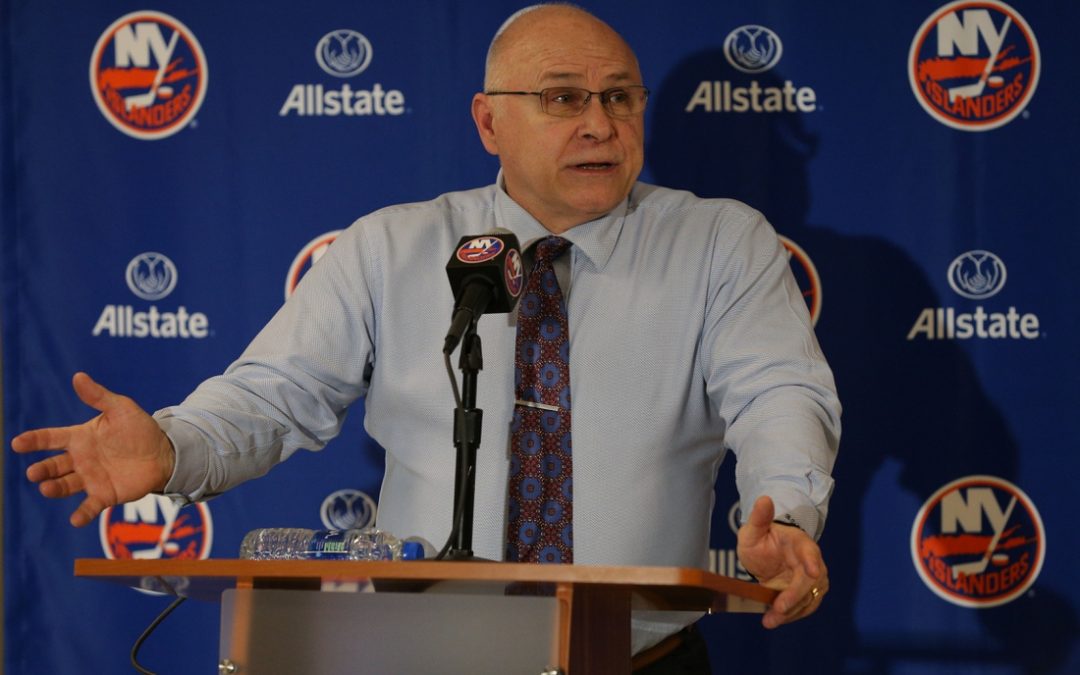 Jean-Gabriel Pageau and Anthony Beauvillier scored to lift the New York Islanders to a 2-1 victory over the Florida Panthers on Saturday in the opener of a best-of-five Eastern Conference qualifying round series in Toronto. 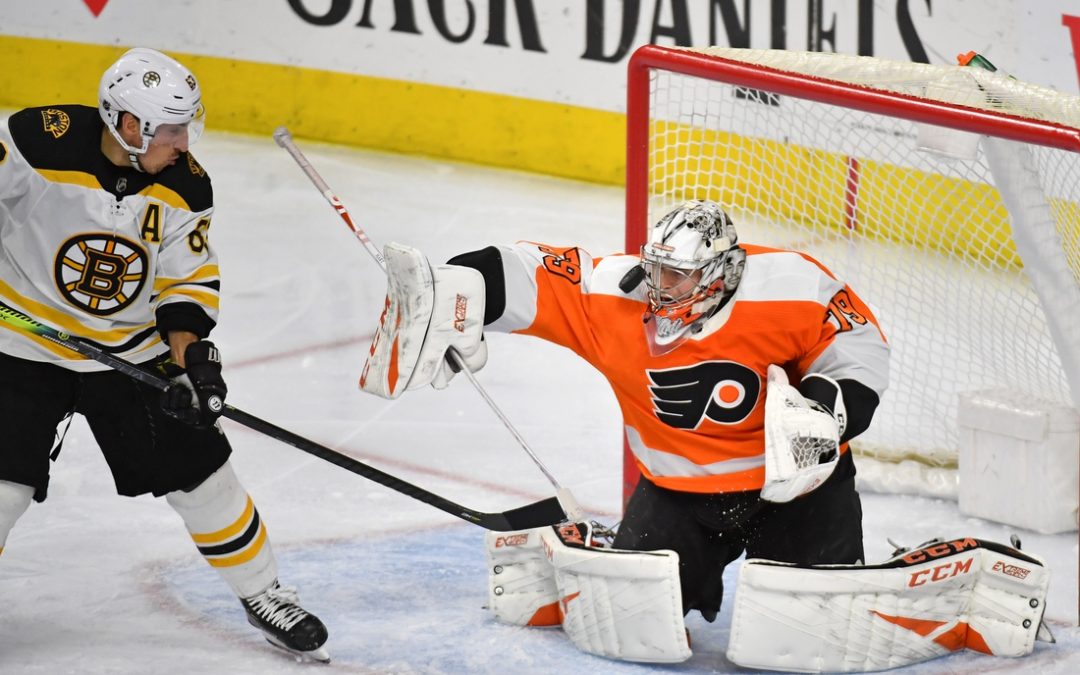 The Philadelphia Flyers will play a game for the first time in over 4 1/2 months when they face the Boston Bruins on Sunday in Toronto. 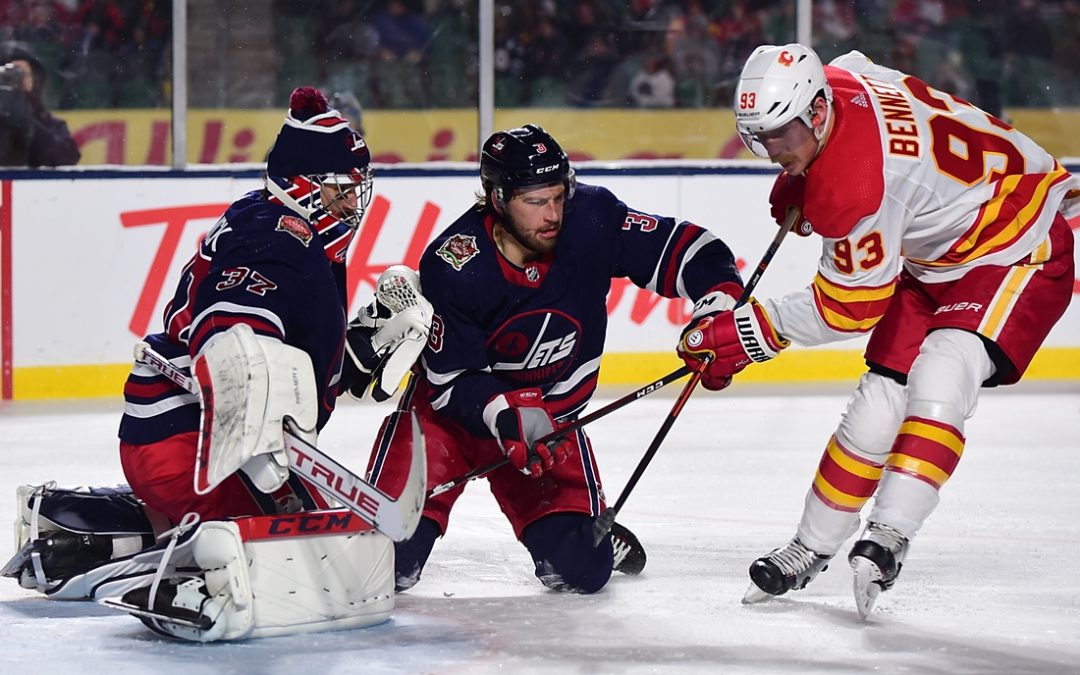 In the summer of 2020, the Calgary Flames know full well the spring of 2019 still looms large. 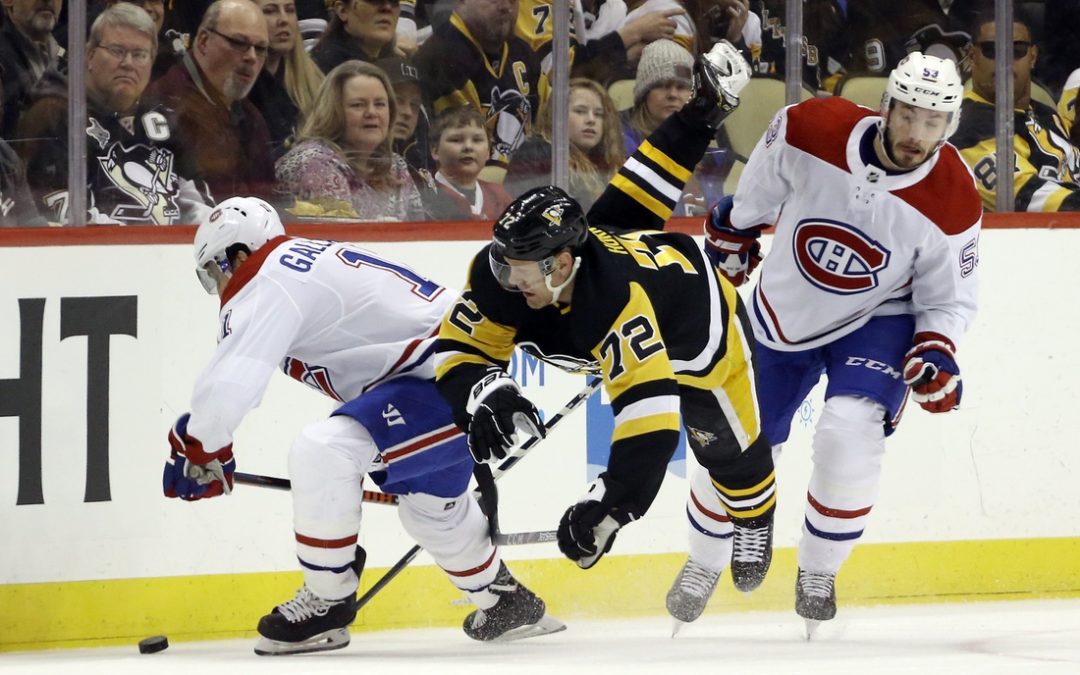 All eyes on net for Game 1 between Habs, Penguins

It’s a whole new world for the 24 NHL teams participating in the playoffs, but for the Pittsburgh Penguins and Montreal Canadiens, an age-old question hovers around Game 1 of their qualifying-round series. 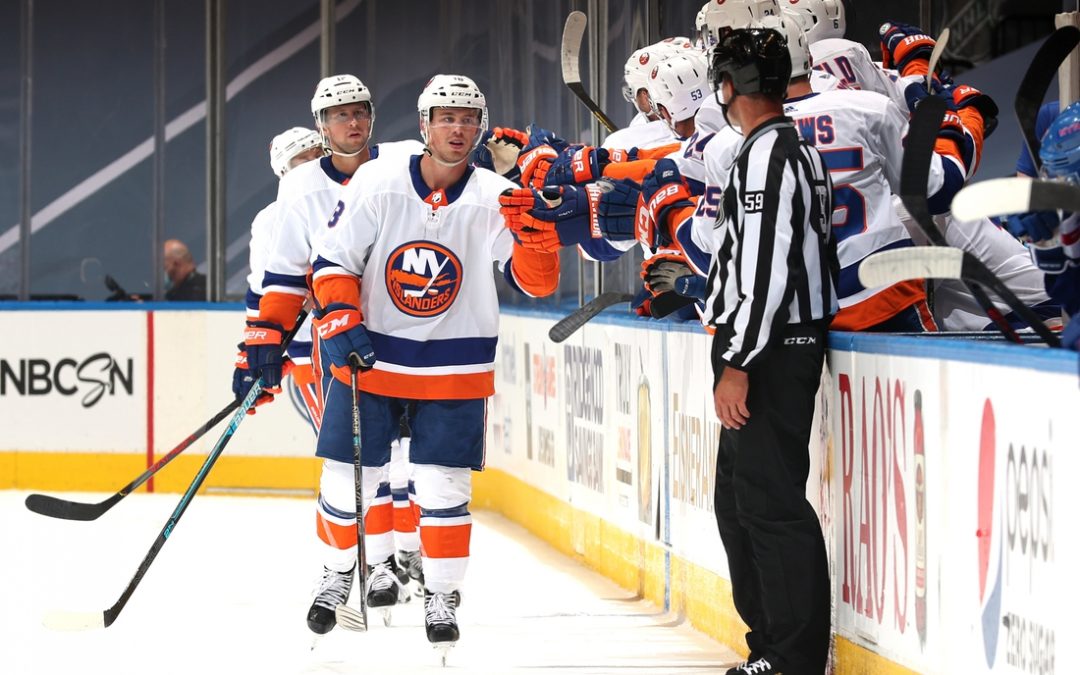 Isles, Panthers look to shake off rust in series opener

When the New York Islanders won four consecutive championships from 1980-83, the longest they went between hoisting the Stanley Cup and beginning a title defense was 141 days.

League ready to launch postseason unlike any in NHL history

When the National Hockey League (NHL) resumes its virus-hit season on Saturday it will be a postseason unlike any other in league history with teams competing in two Canadian cities in a bid to limit travel and minimize COVID-19 risk.

The St. Louis Blues were already the team to beat in the NHL’s Western Conference when COVID-19 halted play in March, and the defending Stanley Cup champions have only gotten stronger as veteran sniper Vladimir Tarasenko has returned from injury.

It has been 53 years since the Toronto Maple Leafs hoisted the Stanley Cup but as the National Hockey League prepares to resume on Saturday after the COVID-19 shutdown, there is hope that one of sport’s longest title droughts could be about to end.

Canada has always wanted more National Hockey League teams and starting on Saturday will have 24 as the sport returns from a COVID-19 forced hiatus in the country regarded as its spiritual home.

The Chicago Blackhawks have banned fans from wearing headdresses at home games and team events at the United Center, the club announced Wednesday. 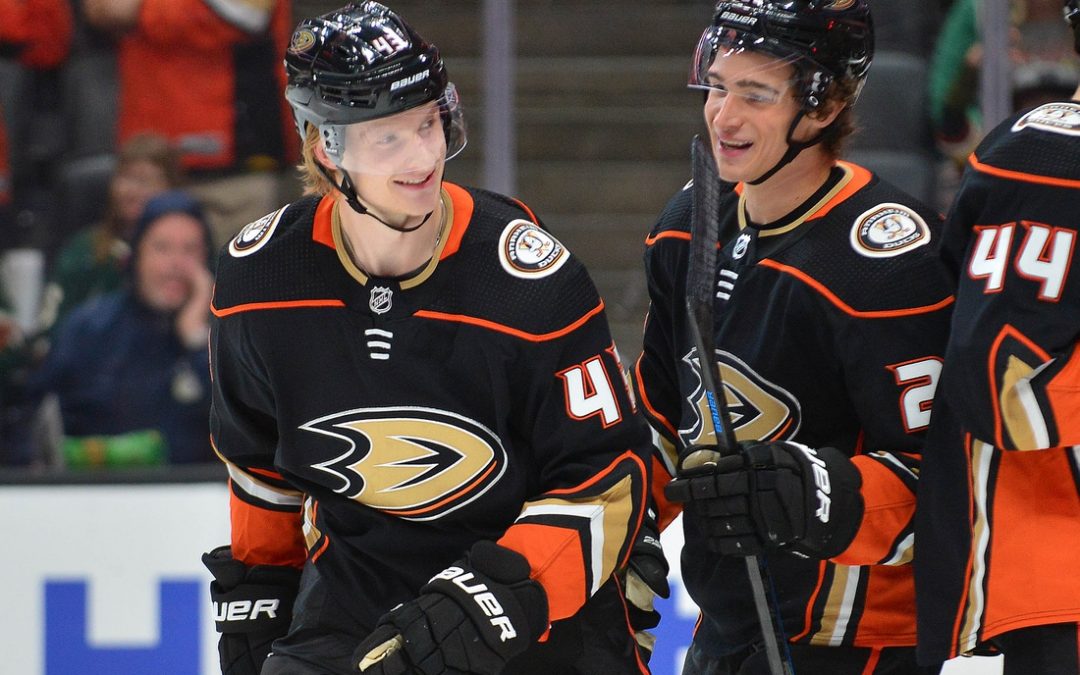 The Anaheim Ducks signed forward Sonny Milano to a two-year contract extension that runs through the 2021-22 NHL season. 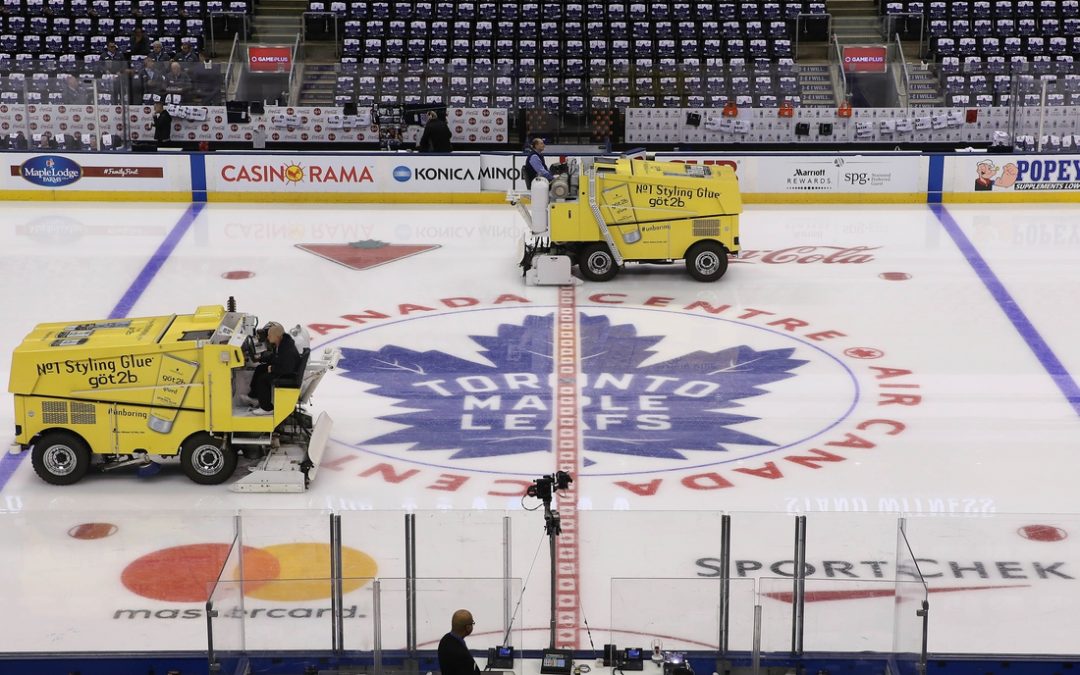 Eddie Shack, who won four Stanley Cups with the Maple Leafs, died Saturday night in a Toronto hospital following a battle with cancer. He was 83.

Crawford back with Blackhawks after COVID-19 bout

Corey Crawford took part in training camp with the Chicago Blackhawks for the first time on Saturday and acknowledged he was away from the team after testing positive for COVID-19.

Boston All-Star forward David Pastrnak is expected to be on the team plane on Sunday when the Bruins travel to hub city Toronto for the Stanley Cup qualifiers and playoffs. 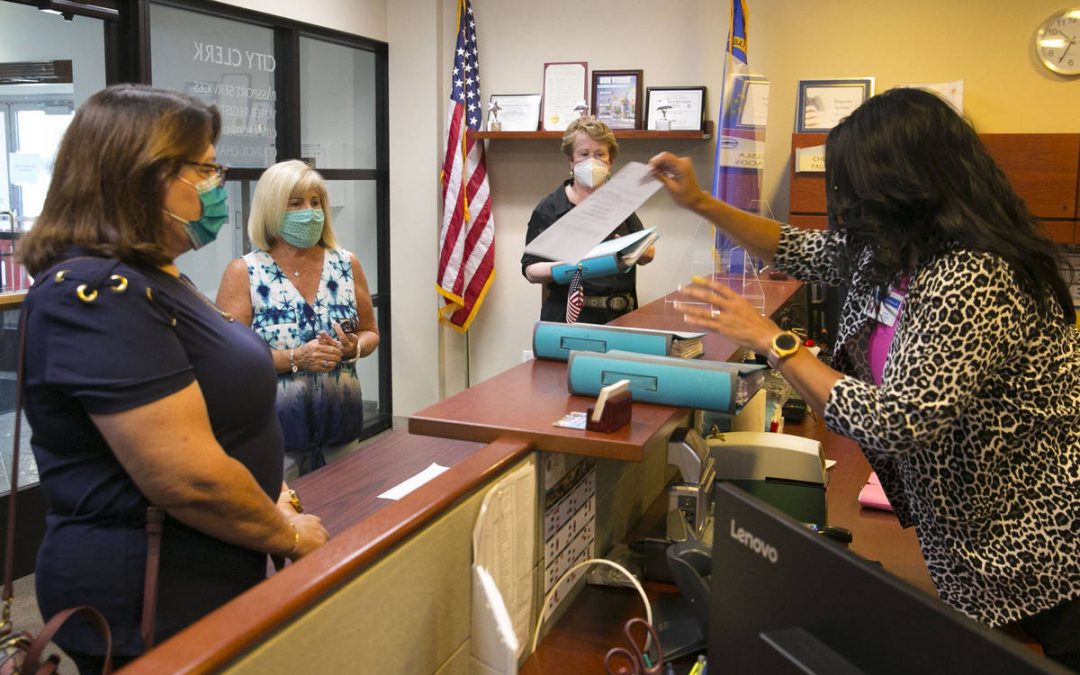 A monthslong effort to block a publicly backed minor league hockey arena in Henderson is over. 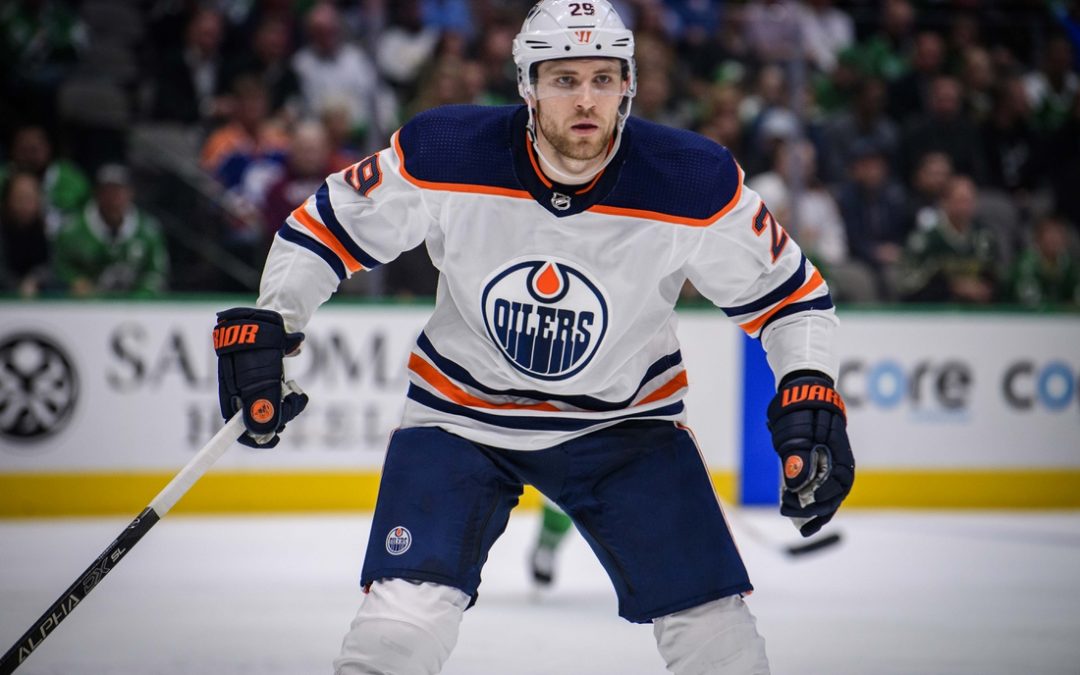 Two players tested positive for the coronavirus during the first week of training camp, the NHL said Monday.

Patrice Bergeron of the Boston Bruins, Sean Couturier of the Philadelphia Flyers and Ryan O’Reilly of the St. Louis Blues were named finalists Monday for the 2019-20 Frank J. Selke Trophy.

Flyers’ Voracek back on ice after delayed virus test

Philadelphia Flyers forward Jakub Voracek returned to practice on Sunday, one day after skipping a scrimmage because of a delayed and inconclusive coronavirus test. 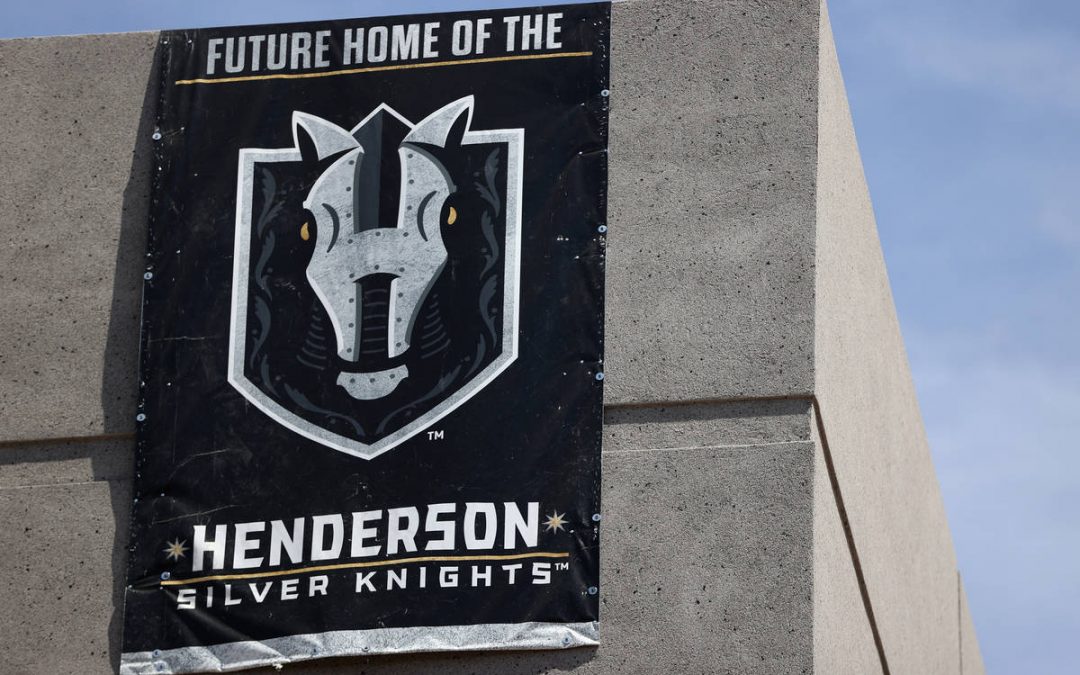 An effort to block a publicly backed minor league hockey arena in Henderson all but died Thursday.

The Pittsburgh Penguins announced Monday that they will sideline nine players from their training camp roster following potential secondary exposure to an individual who tested positive for the coronavirus. 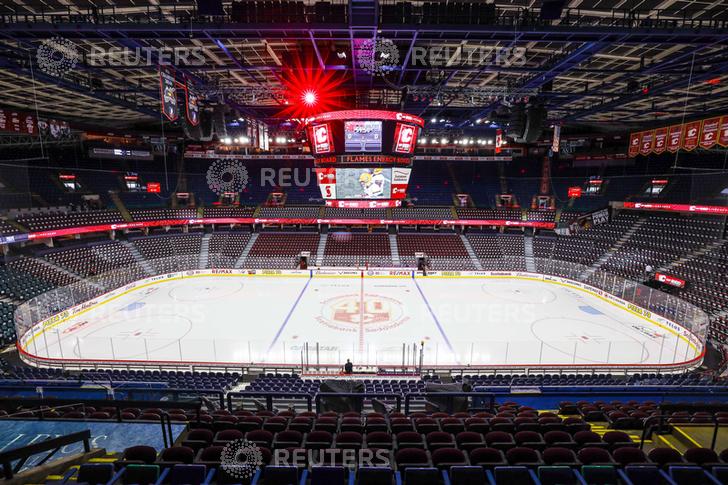 Thirty National Hockey League players tested positive for COVID-19 after returning to club facilities for voluntary, limited workouts under Phase 2 of the return-to-play protocol, the league said on Monday.