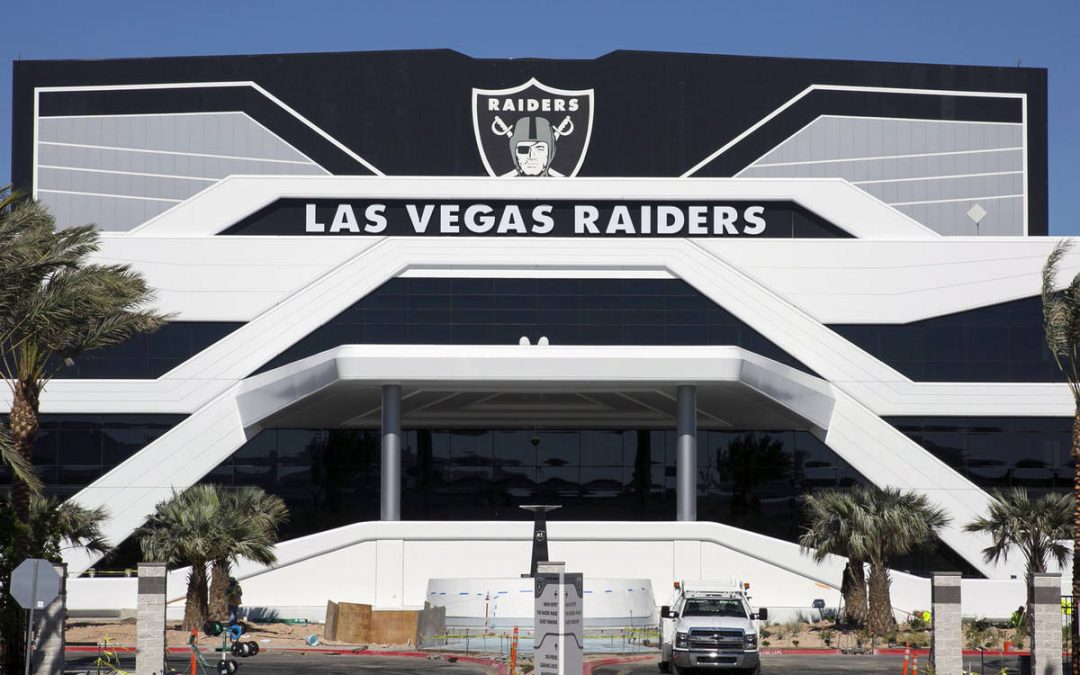 Nothing normal about this Raiders training camp

When Raiders players report to training camp in Henderson on Tuesday, 211 days will have passed since they were last together as a full team.

A requirement that players take personal responsibility for their health during the COVID-19 pandemic is included in the collective bargaining agreement reached on Friday, according to NBC Sports.

Kansas City Chiefs offensive lineman Laurent Duvernay-Tardif on Friday opted out of the upcoming NFL season due to risks associated with the COVID-19 pandemic, becoming the first player to announce his decision to skip the new campaign. 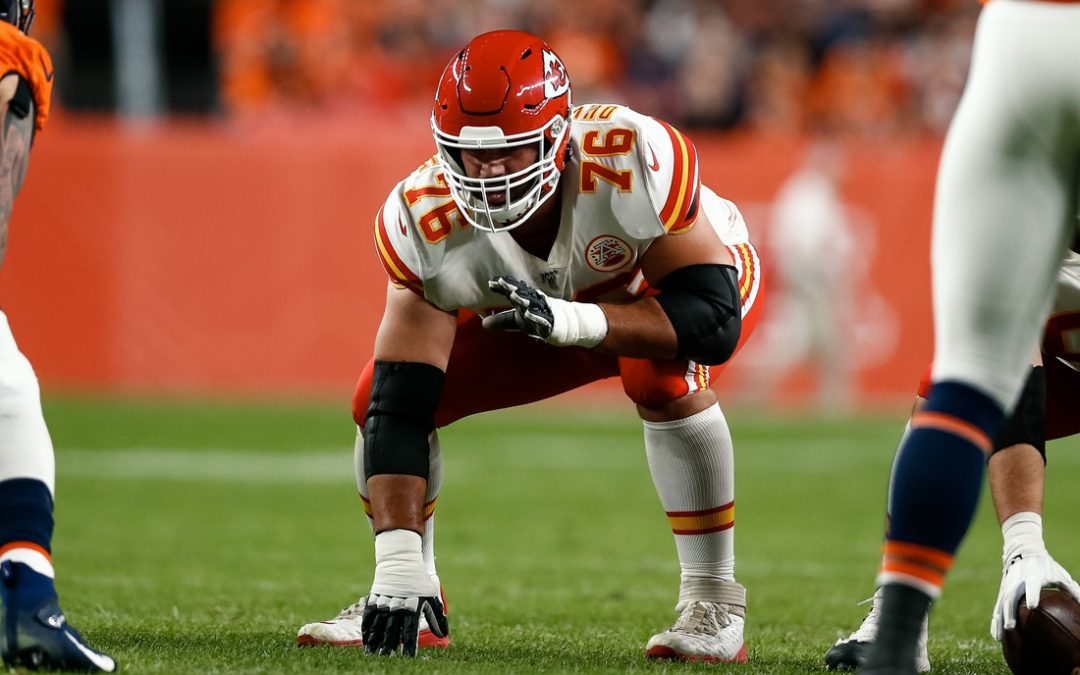 Chiefs’ Duvernay-Tardif becomes first to opt out for 2020

Fans of the Washington Football Team shouldn’t expect a permanent name or a new logo for their NFL club anytime soon.

Falcons’ Gurley prepared to sit out if conditions unsafe

Atlanta Falcons running back Todd Gurley said he’s prepared to sit out the upcoming season if the NFL and NFL Players Association fail to devise what he feels is an adequate plan for playing football safely during the coronavirus pandemic. 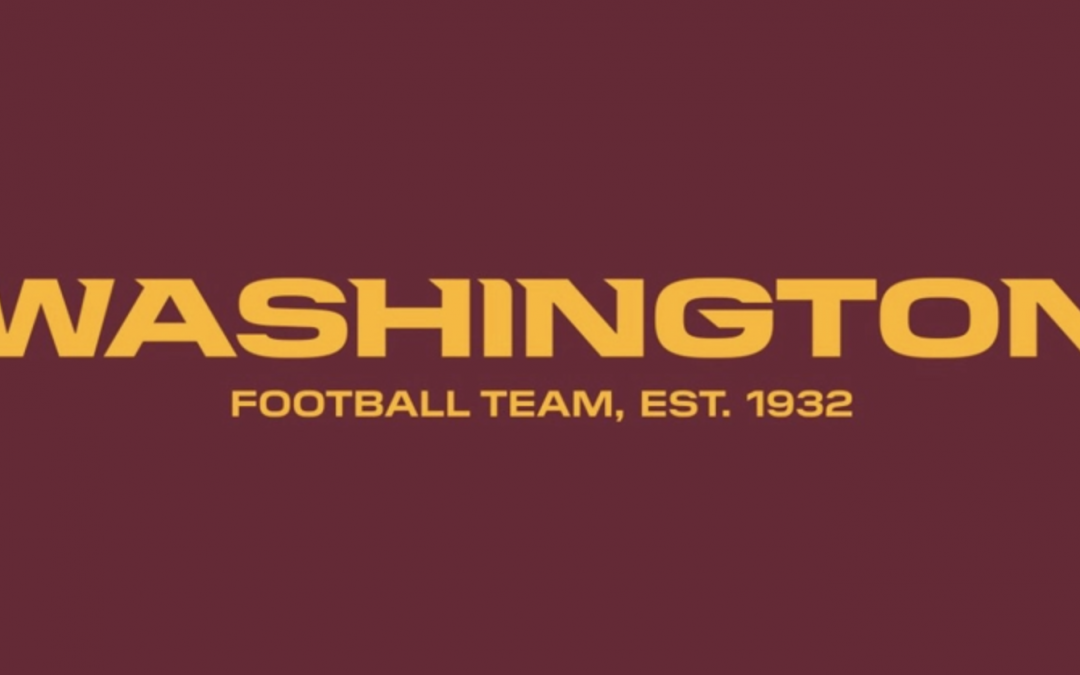 NFL owners want to finalize an agreement with the NFL Players Association by Sunday regarding the expected revenue shortfall caused by the coronavirus pandemic and how it will affect the salary cap, NFL Network reported Thursday.

The NFL’s Washington franchise will be known as the “Washington Football Team” through the 2020 season, the club said on Thursday, as it chooses a new name and logo.

Tom Brady checked in for his 21st NFL training camp on Thursday morning and first as a member of the Tampa Bay Buccaneers. 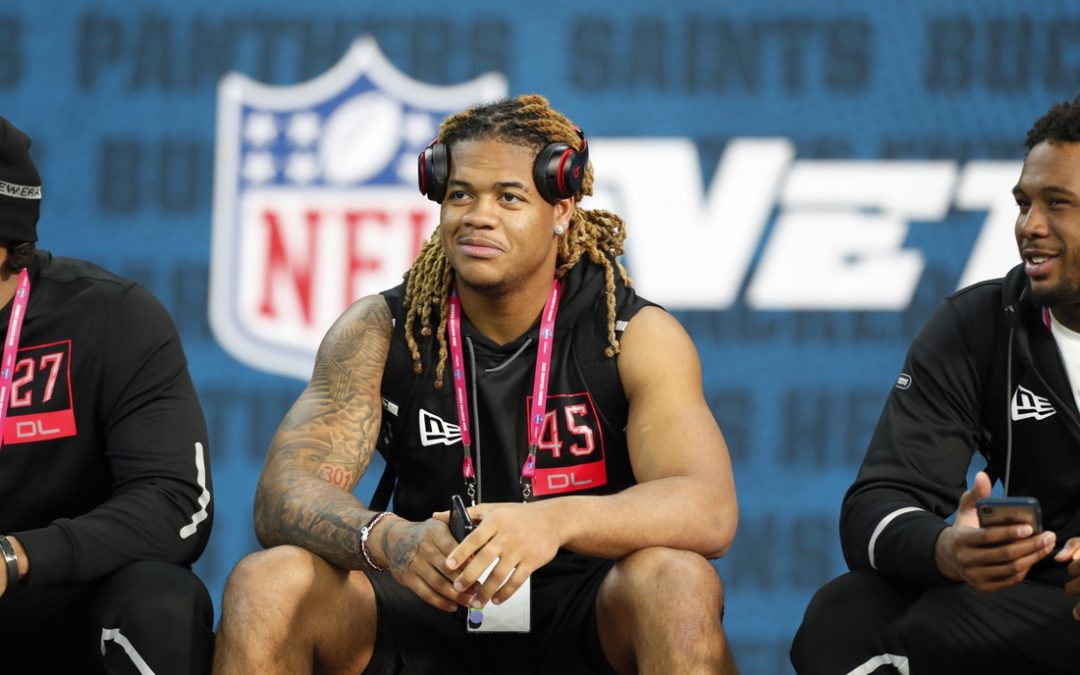 Washington signed No. 2 overall pick Chase Young to a four-year, $34.56 million deal with a $22.697 million signing bonus, according to multiple reports on Thursday.

New York Jets owner Woody Johnson was investigated for allegations of controversial remarks and dealings in his role as President Donald Trump’s ambassador to the United Kingdom, CNN reported Wednesday.

Ninety-five National Football League (NFL) players in total have tested positive for COVID-19, the players’ union said, with rookies scheduled to report to their teams on Tuesday and training camps opening for all players from July 28.

The NFL Players Association told players Tuesday that roster limits will be cut from 90 players to 80 for training camp, and the preseason will be entirely canceled, according to multiple reports.

The Canadian Football League’s Edmonton team said on Tuesday they will discontinue the club’s Eskimos name that has been criticised as derogatory towards indigenous people. 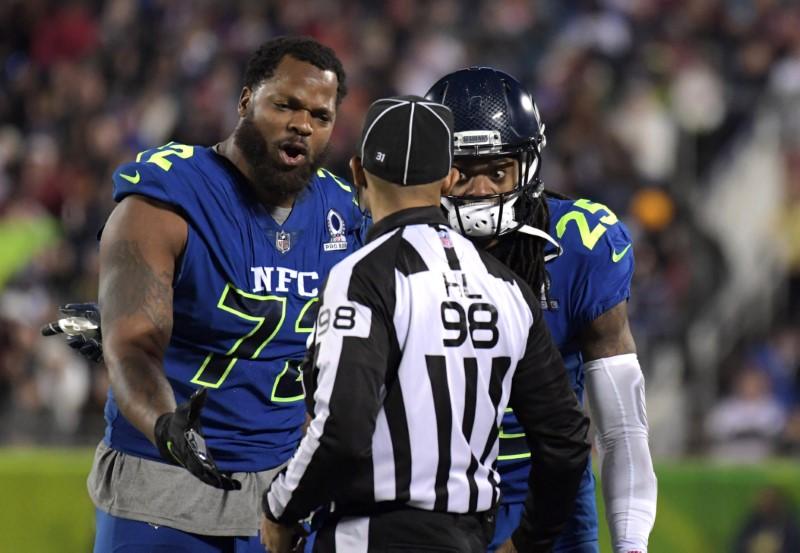 Three-time Pro Bowl defensive lineman Michael Bennett said Tuesday that he is retiring after 11 seasons in the NFL.

The NFL is prepared to cancel all preseason games in exchange for expanding the no-hitting “acclimation” period at training camp from seven days to 18 days, multiple media outlets reported Monday.

San Francisco running back Raheem Mostert is ready to run for the 49ers.

Some of National Football League’s biggest names took to social media on Sunday to express their concerns and anger over the lack of COVID-19 safety protocols in place as teams prepare to open training camps this week.

NFL players launched a coordinated Twitter blitz Sunday calling for the league to address their health and safety concerns before the start of training camp. 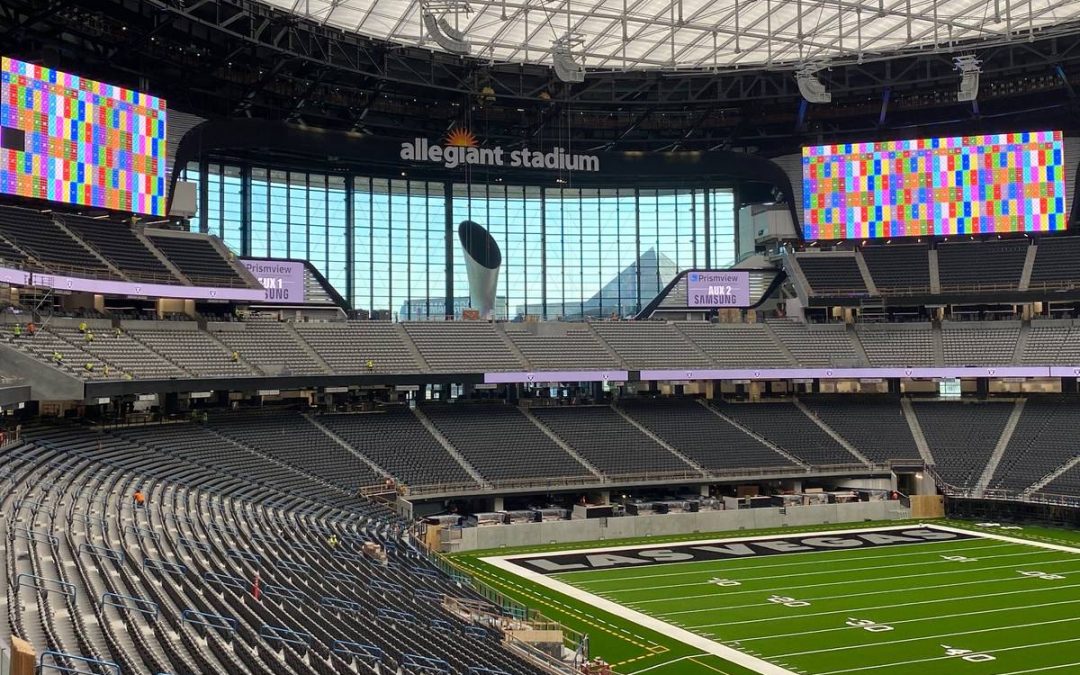 The Kansas City Chiefs are scheduled to open the 2020 NFL season with a Thursday night primetime celebration of their first championship in 50 years when they host the Texans at Arrowhead Stadium on Sept. 10.

The NFL said in a statement issued Friday that progress has been made toward safely playing amid the coronavirus pandemic but acknowledged not all issues have been settled with the players union.

With the Washington NFL team about to change its nickname and logo, game-maker Electronic Arts is making the same move in its upcoming Madden NFL 21 title.

The National Football League (NFL) said on Friday it takes accusations of workplace misconduct against the Washington Redskins team seriously and will meet with the team’s outside counsel once it has completed an investigation.

With training camps set to open in less than two weeks, 72 National Football League players had tested positive for COVID-19 as of July 10, according to the players’ association.

Fifteen women who were once employees for Washington’s NFL team told The Washington Post in a story published Thursday that they were sexually harassed during their tenures with the club. 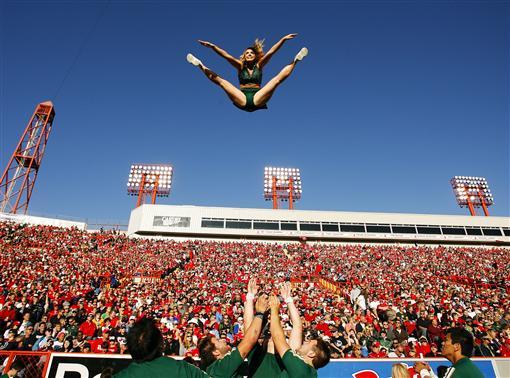 The Edmonton Eskimos of the Canadian Football League have decided they will drop their nickname, Ryan Rishaug of TSN reported on Thursday.

The NFL plans to create a COVID-19 classification under the injured reserve umbrella that would give players who test positive for the coronavirus full pay and the chance to return in as few as three weeks, Pro Football Talk reported Thursday.

Fans will not be allowed to attend NFL training camps due to the ongoing coronavirus pandemic, the league announced Thursday.

As the Washington, D.C. National Football League franchise contemplates a new identity, some activists, academics and branding experts say other teams should reconsider their Native American names and symbols.

A day after suggesting that no fans would be permitted at Eagles home games this season, the city of Philadelphia clarified the message on Wednesday.

As the NFL works on coronavirus-related protocols for a return to the field, ESPN reported Wednesday that a major sticking point in negotiations with the NFL Players’ Association is how to classify a player’s COVID-19 diagnosis.

Houston Texans wide receiver Kenny Stills was arrested in Louisville, Kentucky, on Tuesday at a protest over the death of Breonna Taylor, a 26-year-old Black woman who was fatally shot on March 13 by Louisville police in her apartment.

The New England Patriots’ Gillette Stadium will welcome about 20% of its usual crowd at games this season — if fans are allowed to attend at all — the team said on Tuesday.

Kansas City Chiefs defensive tackle Chris Jones agreed to terms on a four-year contract that could be worth up to $85 million with incentives, ESPN reported on Tuesday. 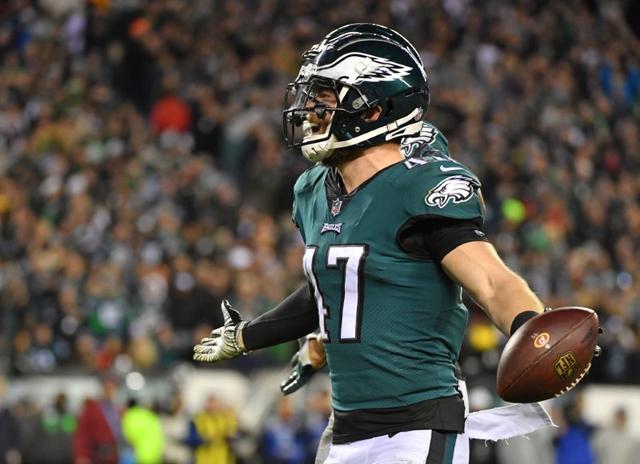 Jason Peters is back with the Philadelphia Eagles, who signed the 38-year-old left tackle to a one-year deal on Tuesday.

The NFL and the NFL Players Association held a bargaining session by phone Monday but failed to reach any agreements regarding the upcoming season, multiple media outlets reported. 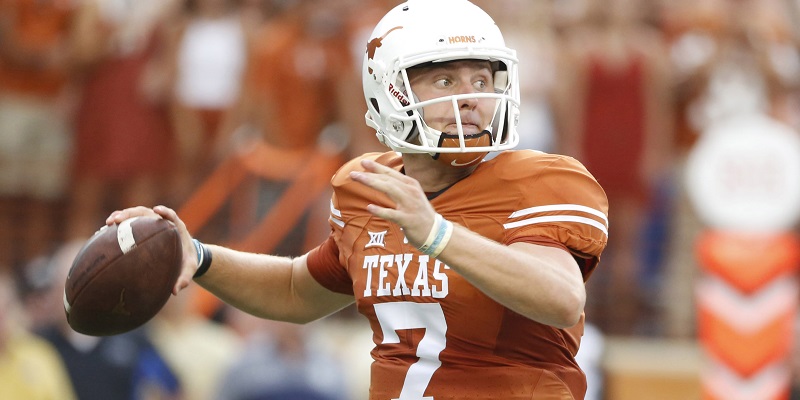 The University of Texas is working to make the campus “more diverse and welcoming,” and one of its first moves will be to honor a pair of legendary Longhorns running backs.

NFL teams soon will receive mouth shields developed to help prevent the coronavirus from spreading among players on the field this fall.

Moments after the NFL’s Washington team said on Monday it would retire the Redskins name and logo, long criticized by Native American activists as a racist slur, debate over the team’s new identity lit up the internet.

The NFL’s Washington team said on Monday it will abandon its Redskins name and logo, a decision made after sponsors recently stepped up pressure to scrap a name long criticized as racist by Native American rights groups.

The Washington Redskins plan to announce Monday that they will retire their controversial team nickname, multiple outlets reported Sunday night.