The NFL postponed Sunday’s Week 4 matchup between the Tennessee Titans and Pittsburgh Steelers due to an outbreak of COVID-19 among Titans players and team personnel, the league announced Wednesday.

The NFL has postponed Sunday’s game between the Tennessee Titans and visiting Pittsburgh Steelers after some players and staff from the Nashville-based team tested positive for the coronavirus, ESPN reported on Wednesday.

While the Tennessee Titans were dealing with a COVID-19 outbreak Tuesday, the Las Vegas Raiders may have landed in some pandemic-related trouble, too. 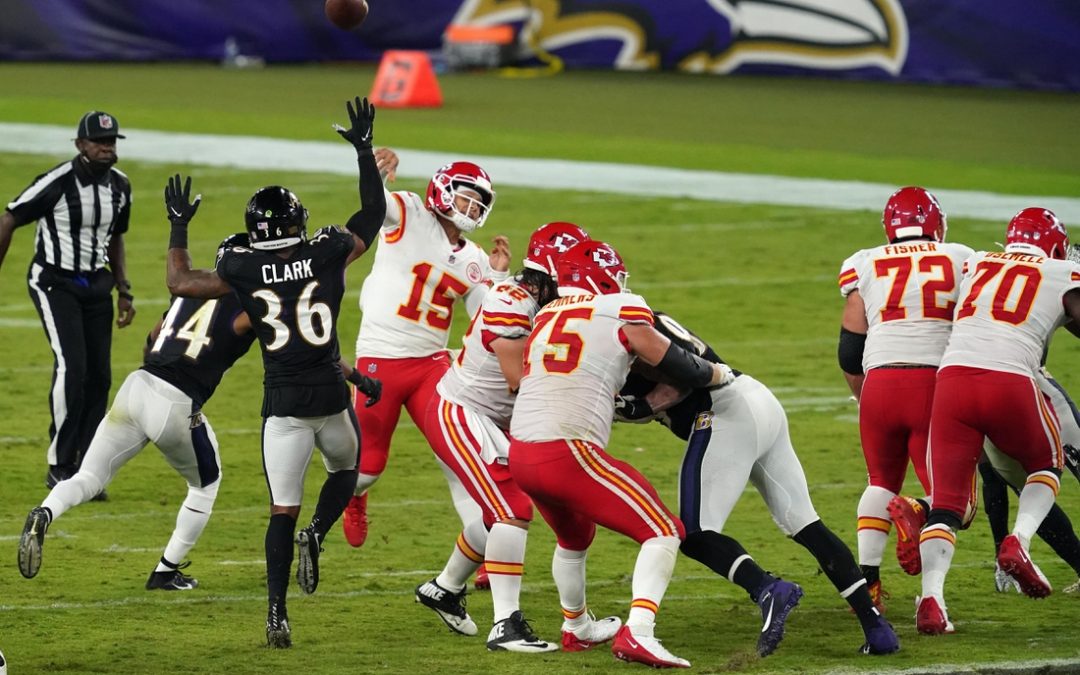 Patrick Mahomes passed for 385 yards and four touchdowns and also rushed for a score as the Kansas City Chiefs recorded a 34-20 victory over the host Baltimore Ravens in Monday night’s showdown between two of the NFL’s best teams.

Four-time Super Bowl champion Joe Montana and his wife thwarted a kidnapping attempt over the weekend when a woman entered their house in Malibu, California and grabbed their grandchild, local police said.

Nick Foles came off the bench and tossed three touchdown passes in the fourth quarter to rally the Chicago Bears, who sent the host Atlanta Falcons to another stunning, second-half collapse on Sunday.

Philip Rivers became the sixth quarterback in NFL history to throw 400 career touchdown passes when he connected with Indianapolis Colts teammate Mo Alie-Cox on a 1-yard scoring pass in the second quarter against the New York Jets on Sunday.

San Francisco 49ers tight end Jordan Reed and cornerback Emmanuel Moseley were ruled out for the remainder of Sunday’s game against the New York Giants after sustaining injuries in the first half.

Four-time Super Bowl champion Joe Montana rescued one of his grandchildren in a kidnapping attempt, according to multiple reports Sunday.

The Seattle Seahawks promoted linebacker Shaquem Griffin and cornerback Ryan Neal from the practice squad to the active roster, the team announced on Saturday.

The Tampa Bay Buccaneers will open Raymond James Stadium to fans next weekend, now that Gov. Ron DeSantis has lifted restrictions on businesses throughout Florida.

The NFL has fined coaches and teams $1.75 million so far this season for failing to comply with mask requirements aimed at stopping the spread of the coronavirus. 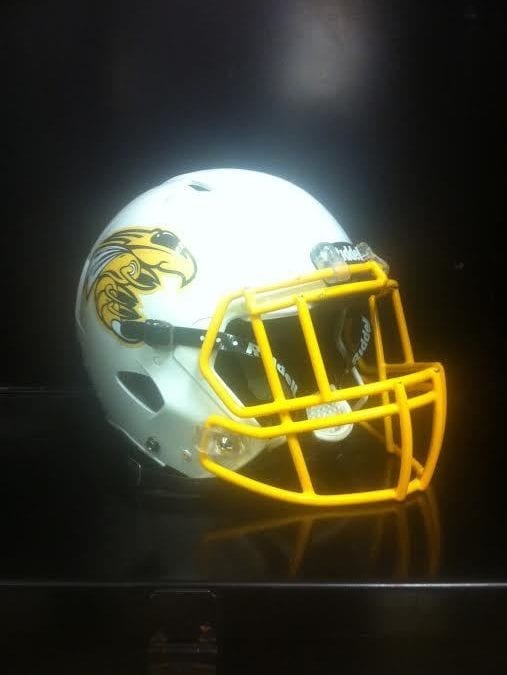 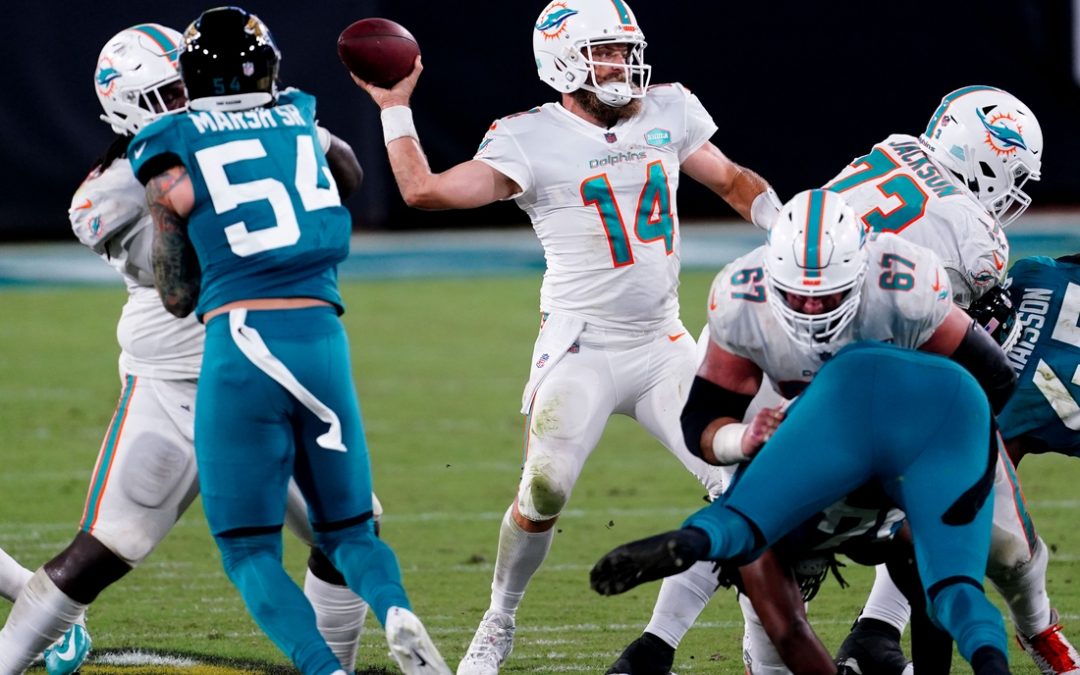 Ryan Fitzpatrick passed for two touchdowns and rushed for one to help the Miami Dolphins cruise to a 31-13 victory over the host Jacksonville Jaguars on Thursday night.

The stage is set for a clash of the MVP quarterbacks on National Football League’s (NFL) Monday Night Football, as the Kansas City Chiefs head on the road to face the Baltimore Ravens in the Week 3 primetime showdown. 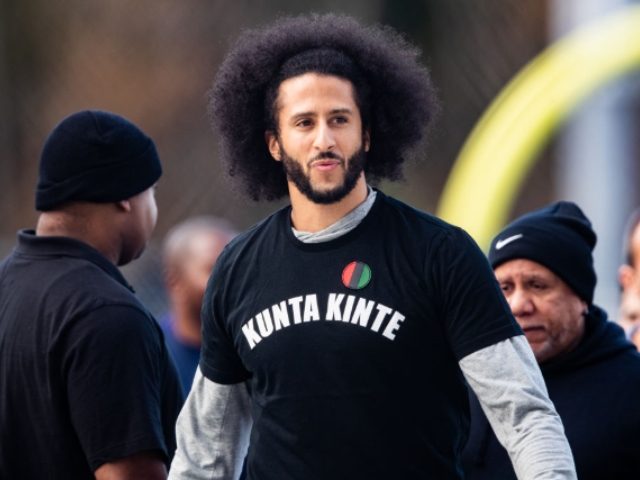 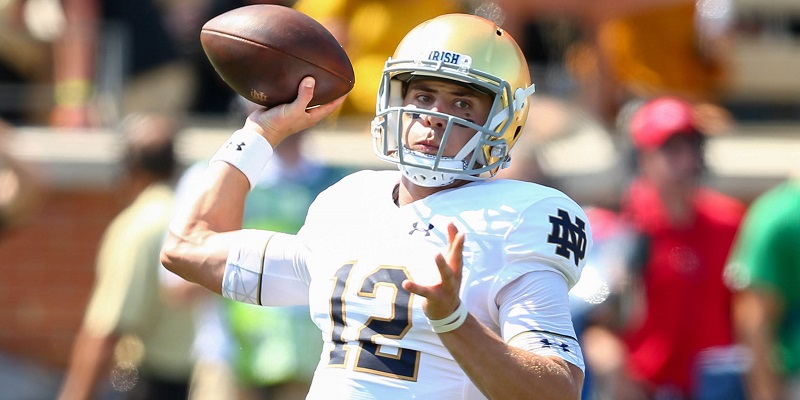 Approximately 5,200 fans will be allowed to attend the Carolina Panthers’ home game against the Arizona Cardinals in Week 4.

Gale Sayers, the former Chicago Bears running back whose graceful moves earned him Hall of Fame honors and whose bond with a dying teammate was chronicled in the movie “Brian’s Song,” died on Wednesday at age 77, the National Football League said. 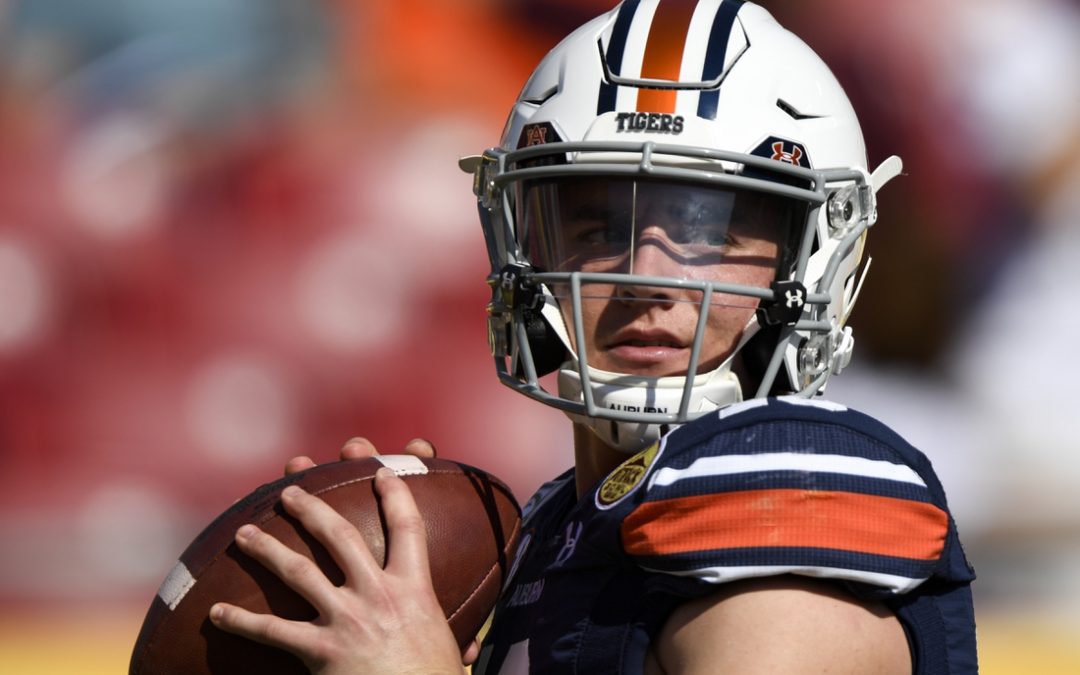 Experienced Nix to lead No. 8 Auburn vs. No. 23 Kentucky

Quarterback Bo Nix will look to begin building on a solid first season when No. 8 Auburn opens the season at home against No. 23 Kentucky on Saturday in SEC play.

The National Football League (NFL) handed a handful of coaches and teams hefty fines for failing to wear masks properly during Week 2 games. 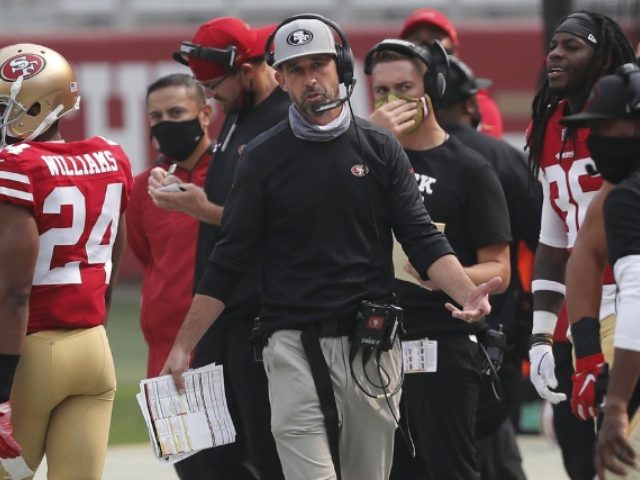 NFL coaches thumbed their collective — and exposed — noses at the NFL’s mask mandate in Week 2. 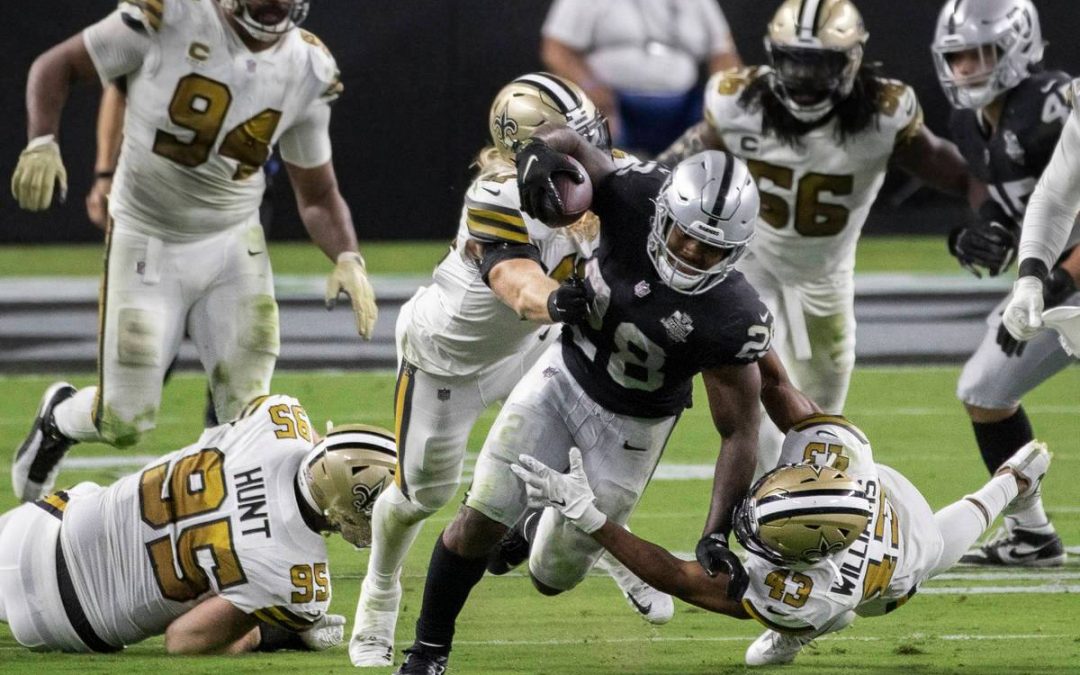 Past meets present for Raiders in taking down Saints

The evening began with a moment dedicated to the past, 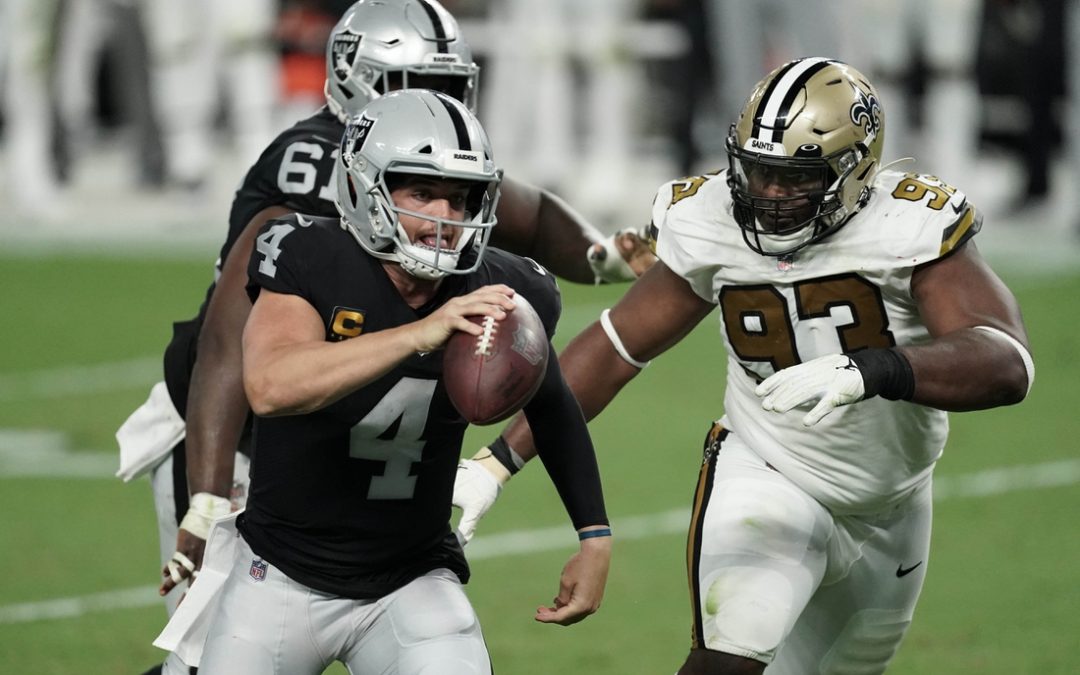 Derek Carr threw three touchdown passes as the Las Vegas Raiders christened their new stadium and new hometown with a 34-24 victory against the New Orleans Saints on Monday night.

The NFL cracked down Monday on maskless head coaches, reportedly handing out more than a $1 million in fines. 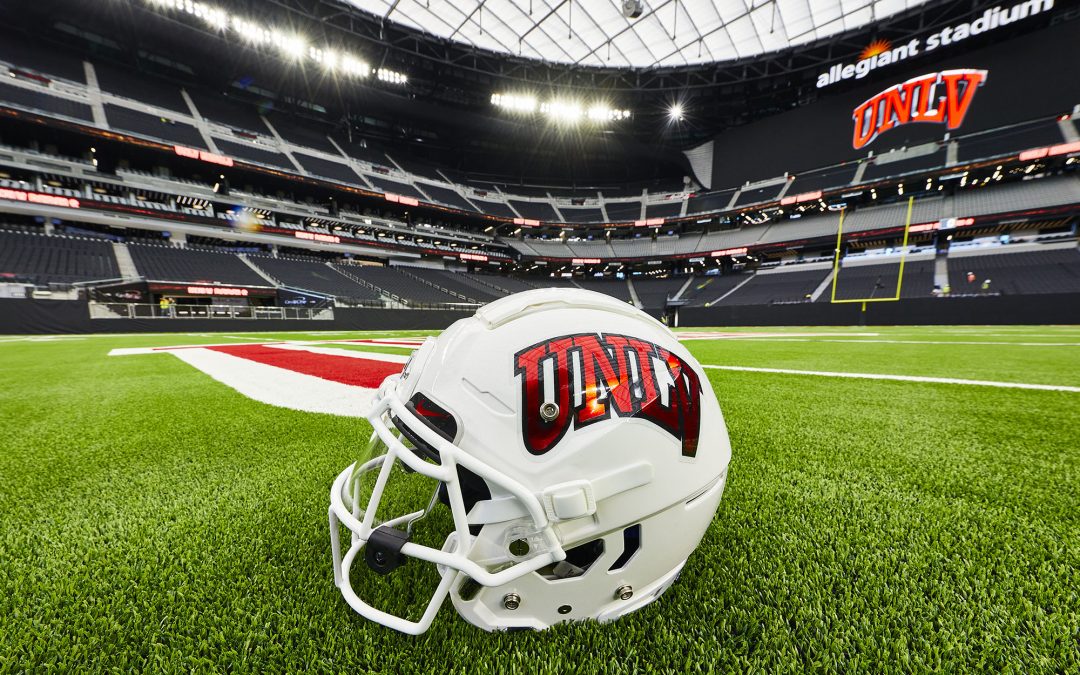 The Rebels Inside Take on Allegiant Stadium

As the new Las Vegas stadium makes NFL debut, take a peek at how it will look when the Rebels have their chance to play. 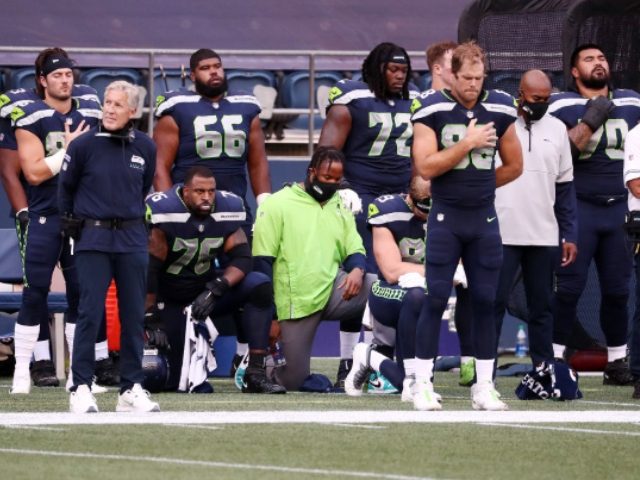 NBC’s Sunday Night Football showcased two of the best franchises in the NFL over the last decade, despite that, the ratings crashed by nearly 20 percent.

Pro Football Hall of Fame member Deion Sanders was named the head football coach at Jackson State on Monday in a ceremony befitting of the flashy player known as “Prime Time” throughout his career.

Sunday of Week 2 was a particularly painful one for some of the biggest stars in the NFL, and one team in particular suffered worst of all.

Russell Wilson threw five touchdown passes and the Seattle Seahawks made a defensive stand at the goal line on the game’s final play to defeat the visiting New England Patriots 35-30 on Sunday night. 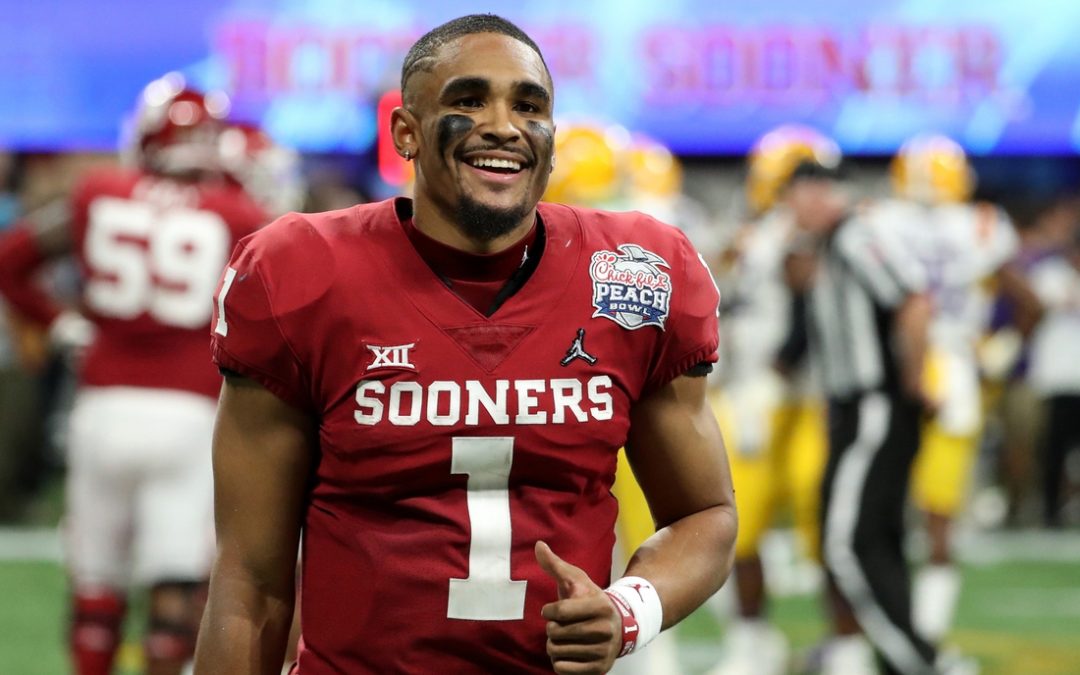 Hurts active as No. 2 QB for Eagles

The Philadelphia Eagles activated rookie Jalen Hurts to back up quarterback Carson Wentz against the Los Angeles Rams on Sunday.

Denver Broncos running back Phillip Lindsay was diagnosed with a toe sprain and will be sidelined two to four weeks, NFL Network’s Ian Rapoport reported Sunday. 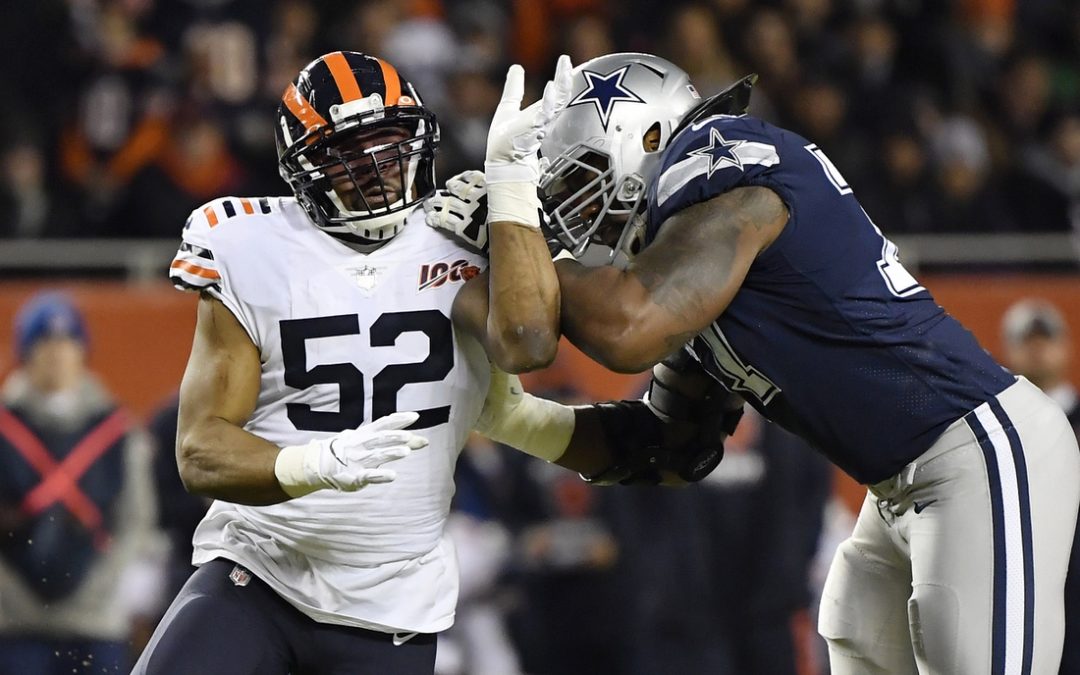 Dallas Cowboys left tackle Tyron Smith has been ruled out for Sunday’s game against the Atlanta Falcons.

Kansas City Chiefs coach Andy Reid had trouble with his face shield in the season opener, but he’s giving it another shot in Week 2 when his team takes on the Chargers in Los Angeles on Sunday. 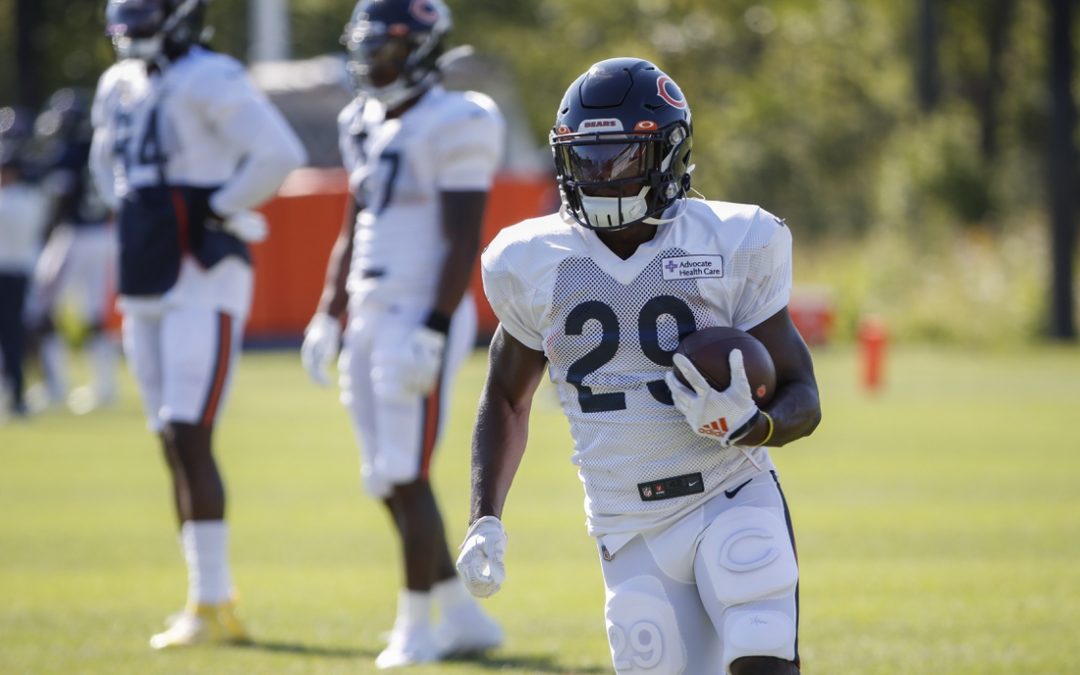 The Chicago Bears have agreed to a three-year extension with dynamic running back Tarik Cohen, according to multiple reports Sunday. 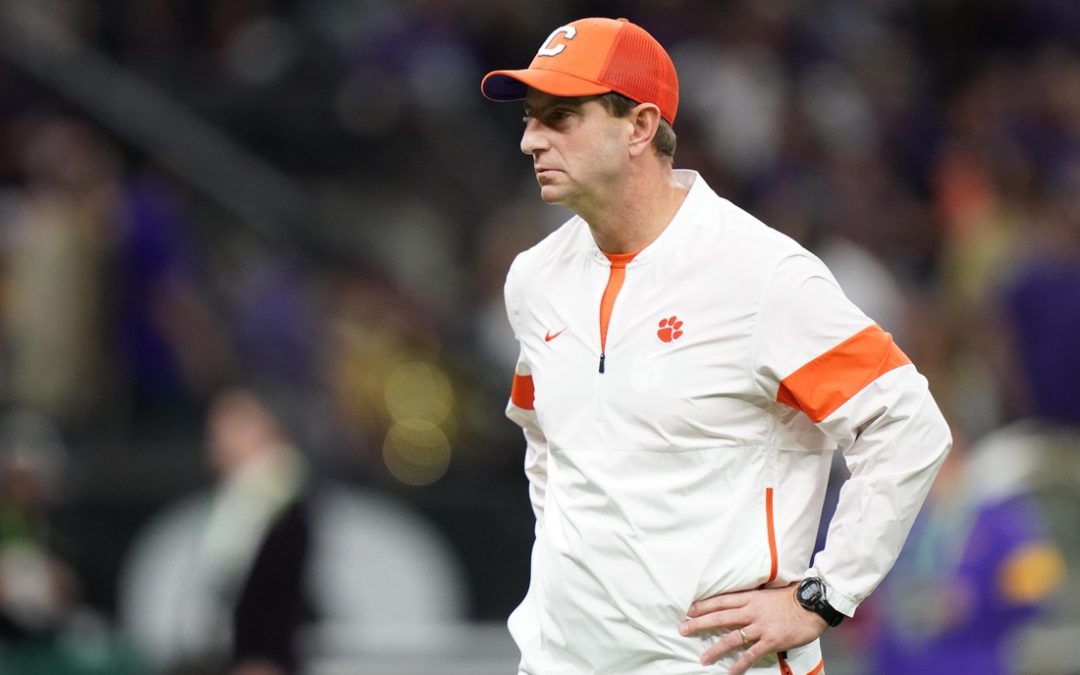 No. 1 Clemson cruises to 49-0 victory over The Citadel

The No. 1 Clemson Tigers scored on six straight possessions to open the game and improved to 2-0 with a 49-0 rout of The Citadel on Saturday at Clemson’s Memorial Stadium. 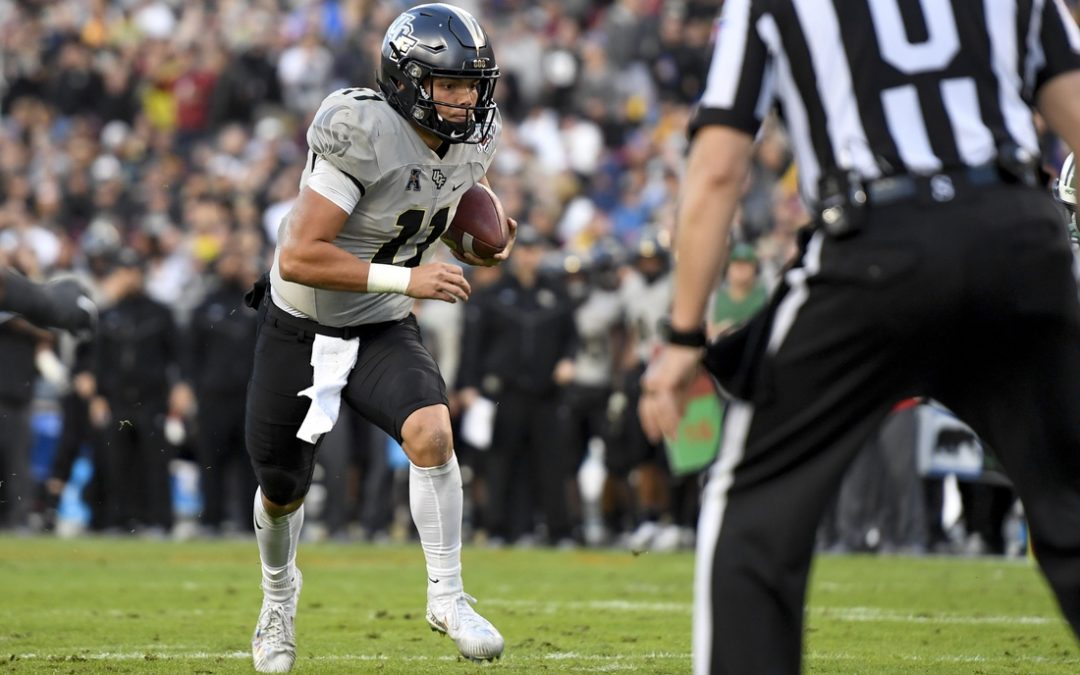 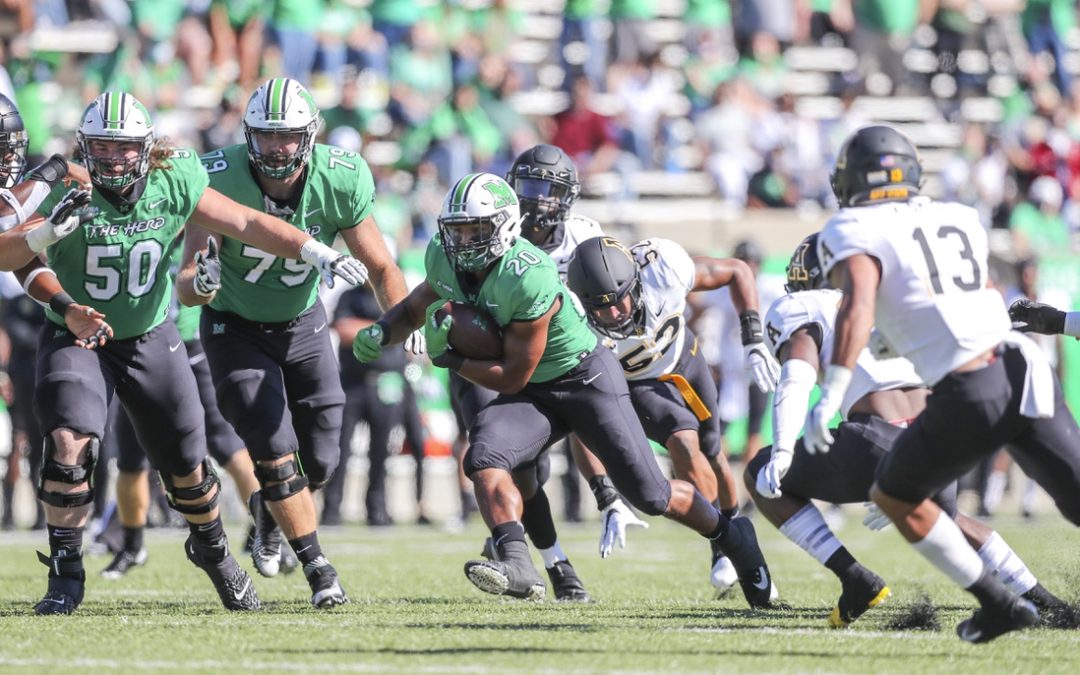 Knox, Marshall too strong for No. 24 Appalachian St.

Brenden Knox rushed 28 times for 138 yards and a touchdown as Marshall’s running game outperformed the more-hyped ground attack of No. 24 Appalachian State in a 17-7 victory on Saturday in Huntington, W. Va. 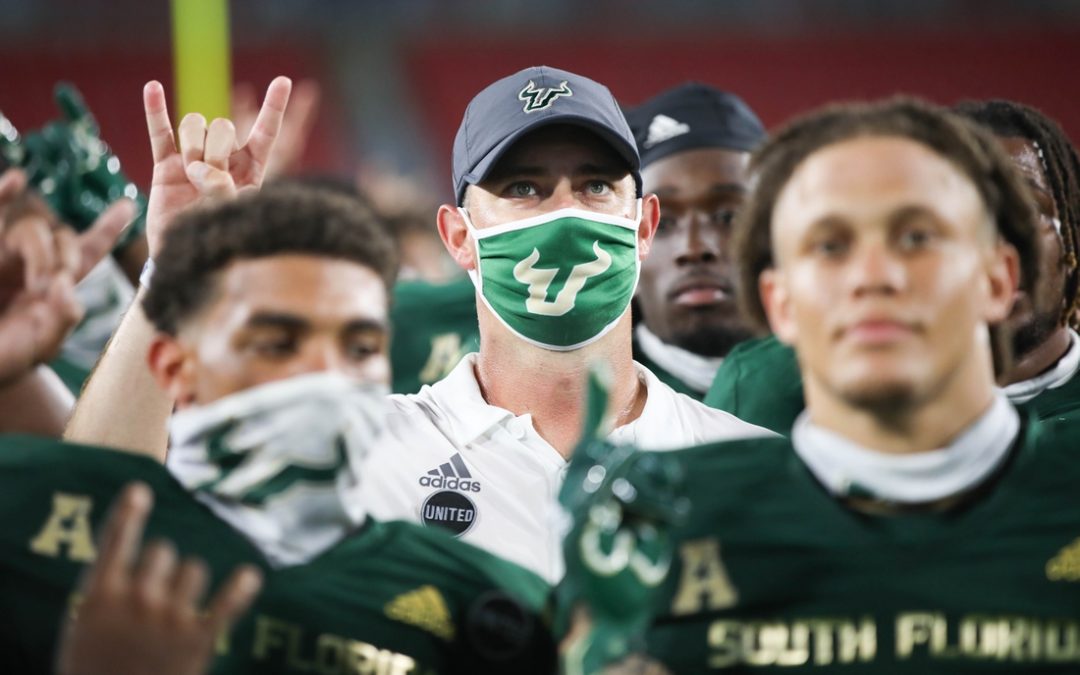 Seventh-ranked Notre Dame capitalized on a series of special teams blunders and overwhelmed South Florida on defense to cruise to a 52-0 rout Saturday at Notre Dame Stadium. 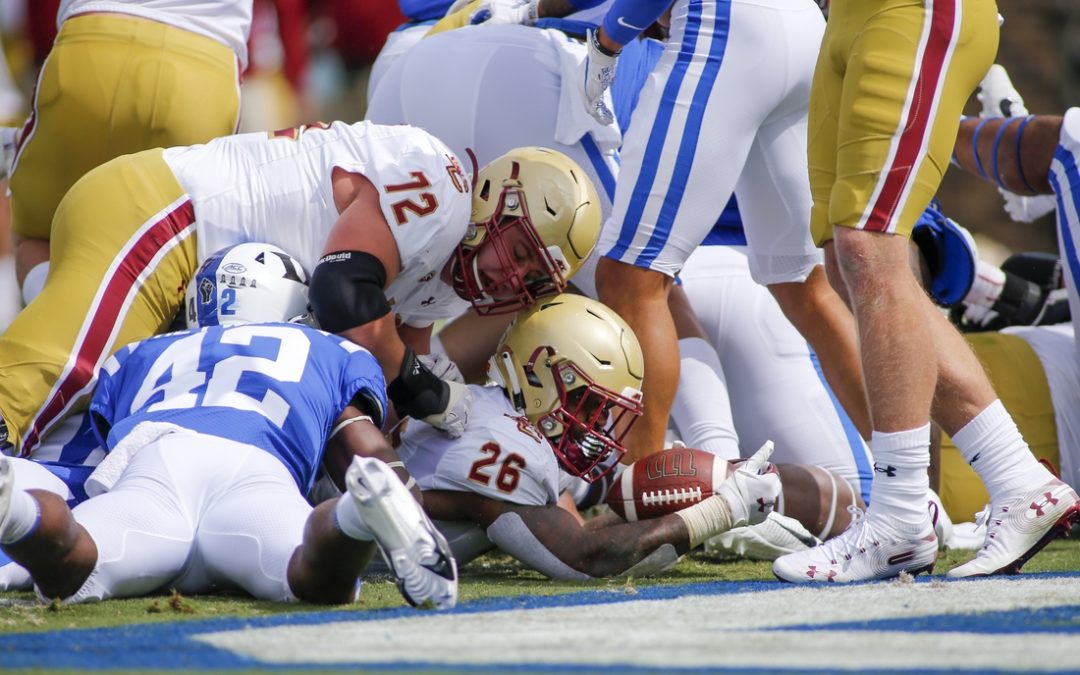 Phil Jurkovec threw two touchdown passes in his first game for Boston College in a 26-6 season-opening victory at Duke on Saturday afternoon in Durham, N.C. 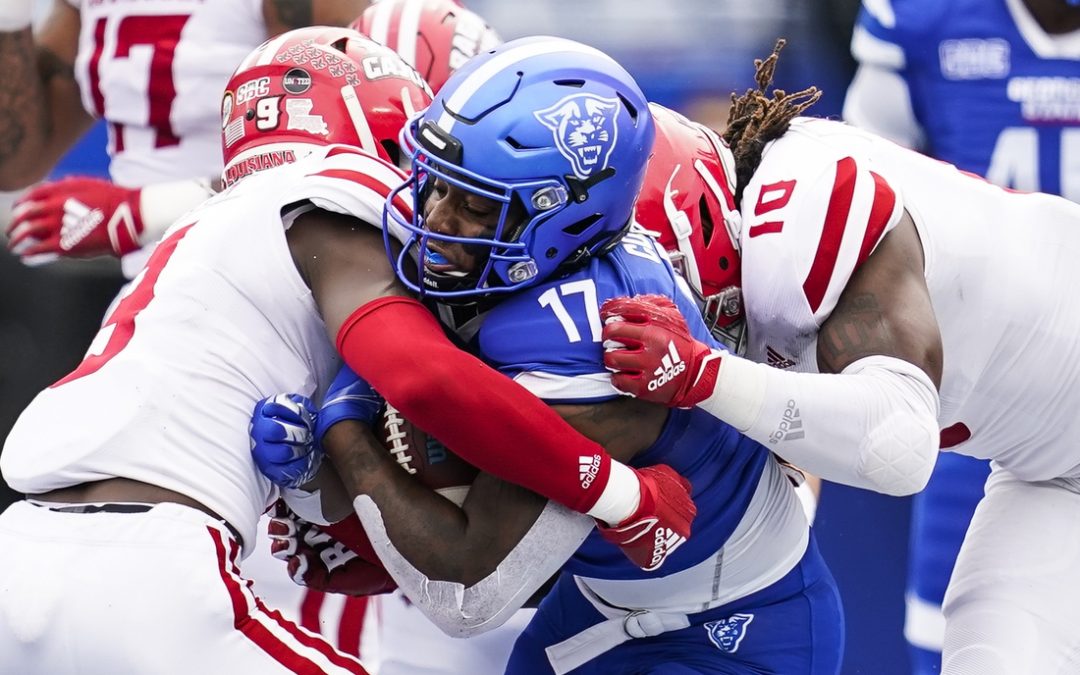 No. 19 Louisiana escapes with OT win over Georgia State

Senior Elijah Mitchell scored on a 12-yard run on his fourth carry in overtime to give No. 19 Louisiana a 34-31 victory over Georgia State in a Sun Belt Conference game Saturday in Atlanta. 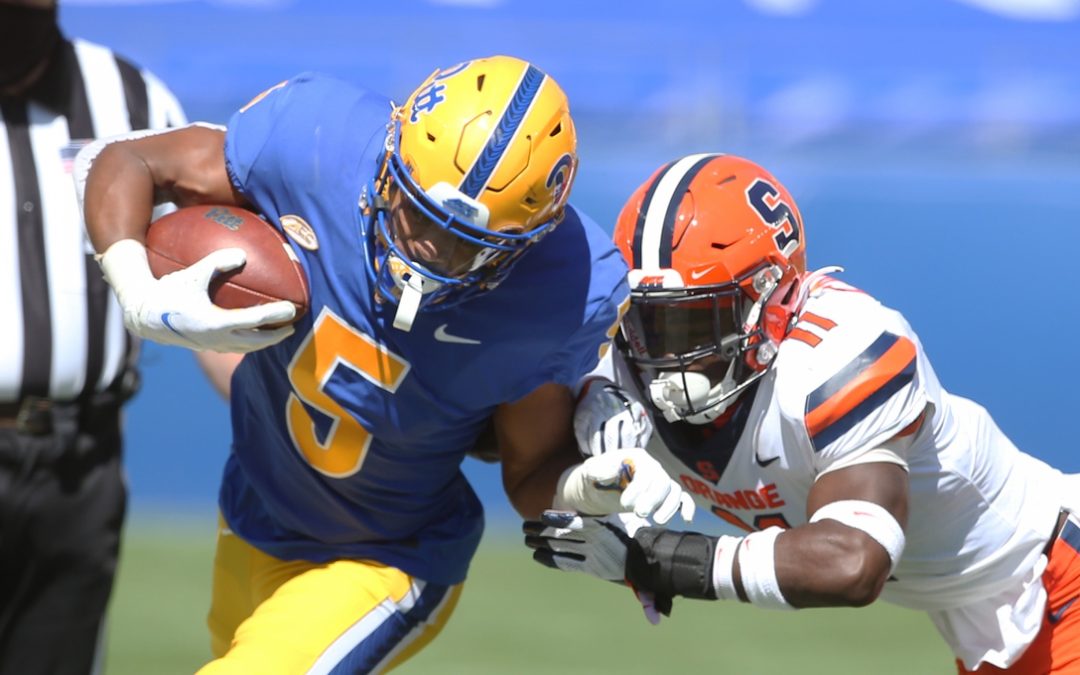 Kenny Pickett passed for two touchdowns and ran for another to lead No. 25 Pittsburgh to a 21-10 victory over visiting Syracuse in ACC play on Saturday. 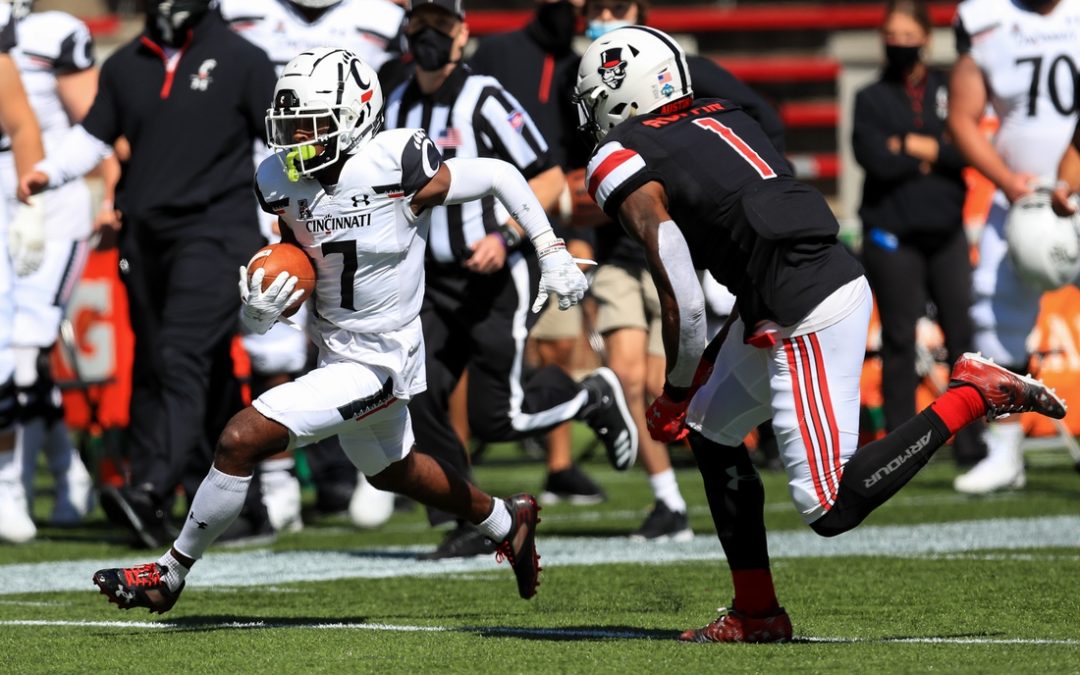 Gerrid Doaks scored four touchdowns Saturday as No. 13 Cincinnati opened its college football season with an easy 55-20 romp over Austin Peay at Nippert Stadium in Cincinnati. 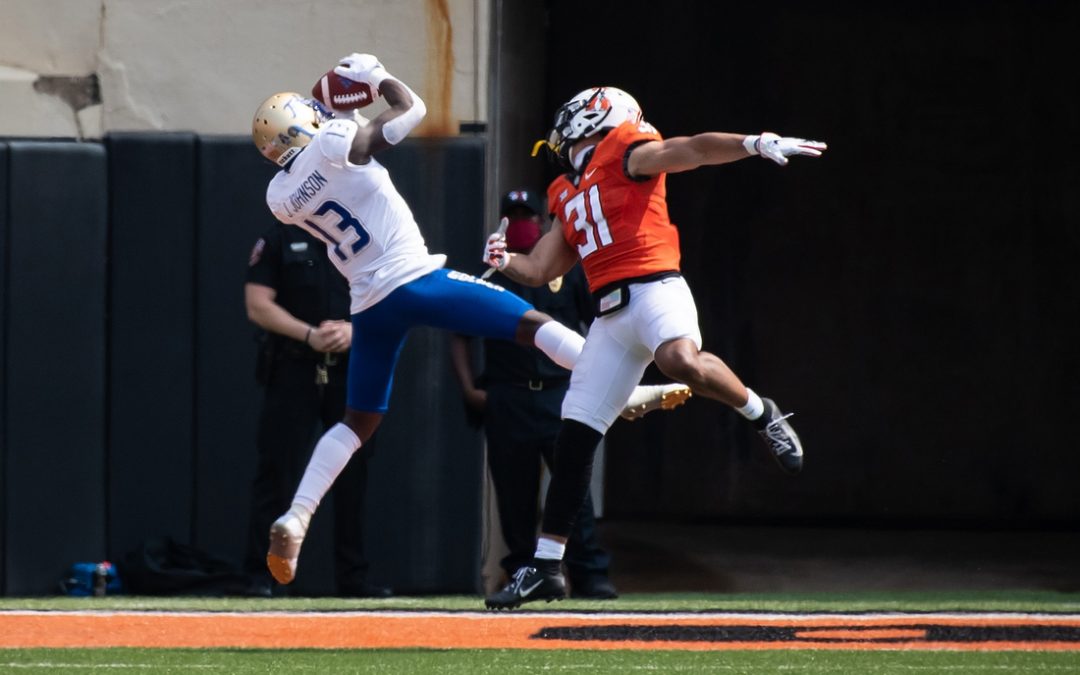 Third-string quarterback Shane Illingworth, a four-star true freshman, came off the bench to spark No. 11 Oklahoma State to a 16-7 victory over visiting Tulsa on Saturday in a season-opening nonconference game for both teams in Stillwater, Okla.