NASCAR: Only one noose found in sweep at 29 tracks

NASCAR released a photo Thursday of the noose found in the garage of Bubba Wallace at Talladega Superspeedway, two days after the FBI said photographic evidence showed that the noose was a way to pull down the garage door and had been there since last fall.

Bubba Wallace expressed relief that the noose found in his garage last weekend wasn’t intended for him, but he defended the investigations by NASCAR and the FBI into the incident.

The U.S. Justice Department said on Tuesday it found that no federal crime was committed in a case involving the discovery of a noose in the garage of Bubba Wallace, the only Black driver in NASCAR’s top series. 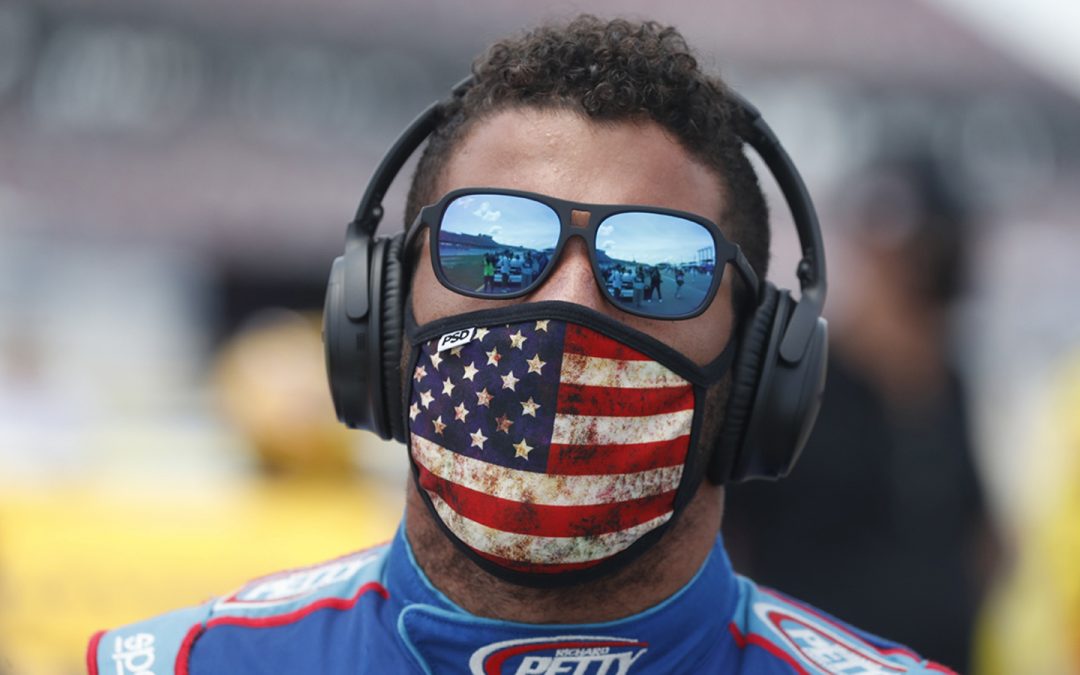 Bubba Wallace: There ‘Was a Noose’ in Garage, But ‘It Wasn’t Directed at Me’ 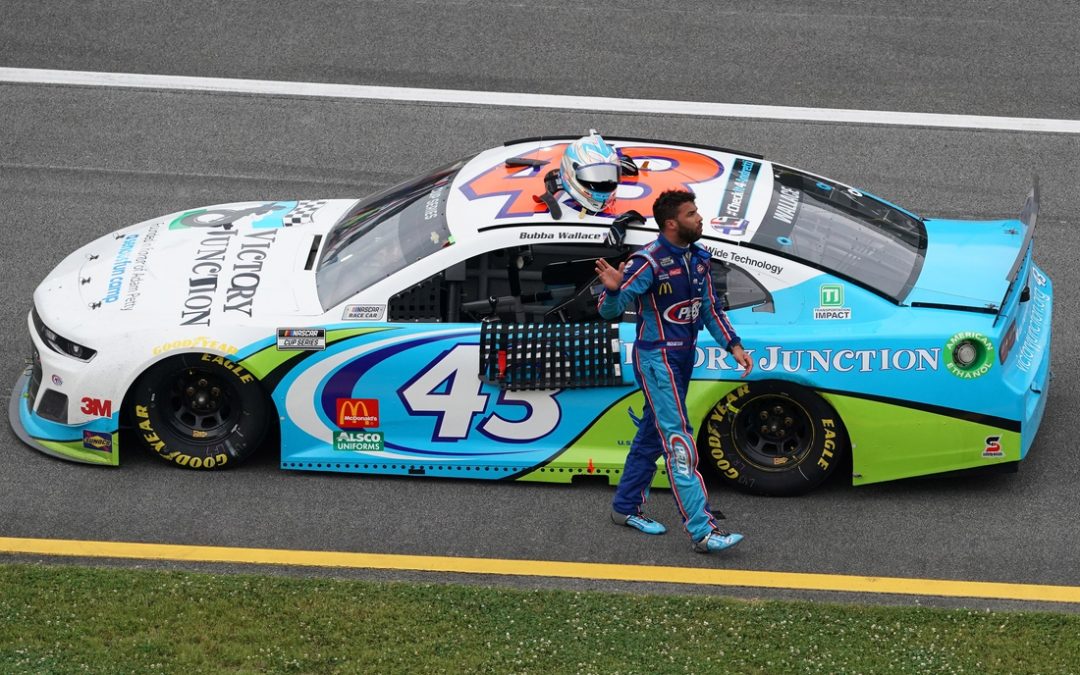 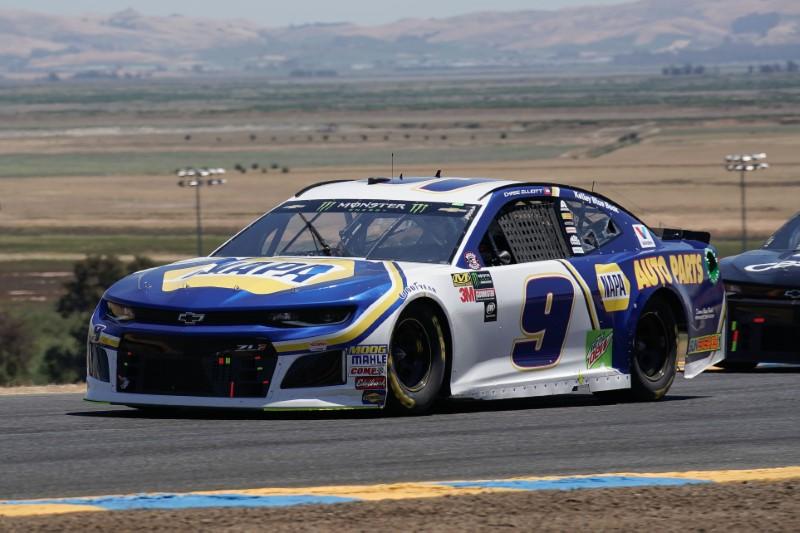 Sonoma (Calif.) Raceway asked the local sheriff’s department to conduct an investigation after an apparent noose was found on a tree Saturday on the track’s property.

Motor racing: Blaney and Wallace both claim victory at Talladega

Ryan Blaney claimed a wild last lap victory at the rain-delayed Geico 500 at Talladega Superspeedway on Monday, in a race run under a cloud of racism and tight-security after a noose was discovered in the garage of Bubba Wallace.

NASCAR steps up security around Wallace after noose found in garage

NASCAR was investigating who placed a noose in Bubba Wallace’s garage as drivers prepared to return to the Talladega Superspeedway on Monday for the rain delayed Geico 500 with the dark clouds of racism again hanging over the sport.

NASCAR to investigate after noose found in Bubba Wallace’s garage

NASCAR has launched an investigation after a noose was found in a garage stall at Talladega belonging to Bubba Wallace, the only Black driver competing in its top Cup series.

Confederate flags pop up in sky, on roads, outside Talladega

NASCAR recently banned the Confederate flag from its racetracks but the organization has no control over the skies.

Zanardi in serious but stable condition after handbike accident

Former Formula One driver and twice Champ Car champion Alex Zanardi remained in serious condition in intensive care on Saturday after suffering severe head injuries in a road accident while racing his handbike in Italy.

Former Formula One driver and two-times Champ Car champion Alex Zanardi was flown to hospital by air ambulance on Friday after a serious accident while racing his handbike in Italy.

Two times German Touring Car (DTM) champion Rene Rast will replace Daniel Abt at Audi’s Formula E team for the remainder of the season, the manufacturer said on Friday.

The IndyCar Series is ready to welcome spectators back to the track, saying on Thursday that a limited number of tickets will be made available to fans for a doubleheader event on July 17-18 at Iowa Speedway.

Formula One mechanics could take twice as long to change an engine under new measures to protect them from COVID-19 and reliability will be key, according to Racing Point technical director Andrew Green.

The rescheduled 24 Hours of Le Mans in September will be condensed into a four-day timetable incorporating free practice, qualifying, warm-up and the race, organizers announced on Thursday.

McLaren are considering selling a minority stake in their once-dominant Formula One team to raise funds to help the company weather the COVID-19 crisis, Sky News reported on Wednesday.

Racing Point get 2020 F1 car on track at Silverstone

Racing Point became the first Formula One team to get their 2020 car on track after the COVID-19 shutdown when Lance Stroll took part in a limited-mileage private test at Silverstone on Wednesday.

Truex, Kenseth teams among those penalized at Miami

Aside from a four-race ban handed down Saturday to a trio of crewmembers, last weekend at Homestead-Miami Speedway turned out to be pretty tame when it came to NASCAR rules infractions.

Jamie Chadwick, the first champion of the all-female W Series, may not be back to defend her title next year after securing a coveted seat in the Regional European Formula Three championship.

China has been invited to host two Formula One races in Shanghai this season but no decision has been reached over whether to accept the offer, the head of the Shanghai Sports Bureau has told local media.

NASCAR moved its showcase July 15 All-Star race to Bristol from its traditional Charlotte Motor Speedway home on Monday and plans to allow up to 30,000 spectators to attend the event.

Hamlin nabs another victory in dominating fashion at Homestead

It took him more than seven hours to get it, but Denny Hamlin became the NASCAR Cup Series’ first three-race winner of the 2020 season when he drove to a dominating victory in Sunday’s Dixie Vodka 400 at Homestead-Miami Speedway.

Russell will start F1 season as a virtual winner

Williams driver George Russell took his fourth successive virtual Formula One victory on Sunday in the last race before the real season starts in Austria next month.

Rebellion Williams Esports won the first virtual 24 Hours of Le Mans on Sunday, the day the real race was scheduled to finish before being postponed to September due to the coronavirus pandemic.

Pandemic means no podium ceremonies for Formula One

Formula One drivers can forget about podium celebrations this season under new rules to protect them from the COVID-19 pandemic.

Denny Hamlin, one of four two-time winners in the NASCAR Cup Series this year, will start on the pole Sunday for the Dixie Vodka 400 at Homestead-Miami Speedway.

NASCAR’s decision to ban the Confederate flag from all its tracks and races continued to rumble through the sport on Thursday with several drivers dropping helmet designer Beam Designs after the company expressed opposition to the ban.

Formula One looks set to add more European races to the calendar with grands prix in Asia and the Americas likely to be cancelled due to the COVID-19 pandemic.

Williams driver George Russell has added an esports title to his resume after Ferrari rival Charles Leclerc withdrew from Sunday’s final virtual Formula One grand prix to focus on the simulated 24 Hours of Le Mans.

Bubba Wallace, the only African-American driving in the NASCAR Cup Series, will use a #BlackLivesMatter livery on his Richard Petty Motorsport Chevrolet for a race at Martinsville Speedway on Wednesday.

Formula One driver Lando Norris for McLaren says he lost followers on social media after expressing his support for anti-racism protests in the wake of the death of George Floyd, an unarmed black man who died in police custody in Minneapolis.

In the wake of nationwide protests of racism, NASCAR moved Wednesday to ban the Confederate flag from its racetracks and facilities.

Six-times world champion Lewis Hamilton said it was good to know he could still drive after returning to the track in a Formula One car for the first time in more than 100 days at Silverstone on Wednesday.

NASCAR will allow a limited number of spectators to attend two June races in Florida and Alabama amid the COVID-19 pandemic, the organisers of the popular racing series said on Tuesday.

Six-times Formula One world champion Lewis Hamilton has backed the anti-racism protesters who toppled the statue of a 17th-century slave trader in the English port city of Bristol, and urged governments across the world to take similar action.

Kevin Harvick added to a sizable list of good memories at Atlanta Motor Speedway when he won Sunday’s Folds of Honor QuikTrip 500 at the 1.5-mile oval in Hampton, Ga.

NASCAR can do more to address racial injustice, its president says

Bubba Wallace, NASCAR’s only African-American driver, wore a black T-shirt with the words “I Can’t Breathe” and Steve Phelps, the Series president, promised the sport would do more to address racial injustice before the start of a Cup race on Sunday at Atlanta Motor Speedway.

Scott Dixon rocketed to career win number 47 at the Genesys 300 on Saturday as the IndyCar season got off to a crash-filled start at the Texas Motor Speedway after a nearly three-month delay because of the novel coronavirus.

NASCAR: Allmendinger wins at Atlanta for first victory of season

A.J. Allmendinger took the checkered flag at Atlanta on Saturday for his first NASCAR Xfinity Series victory of the season in just his second start. 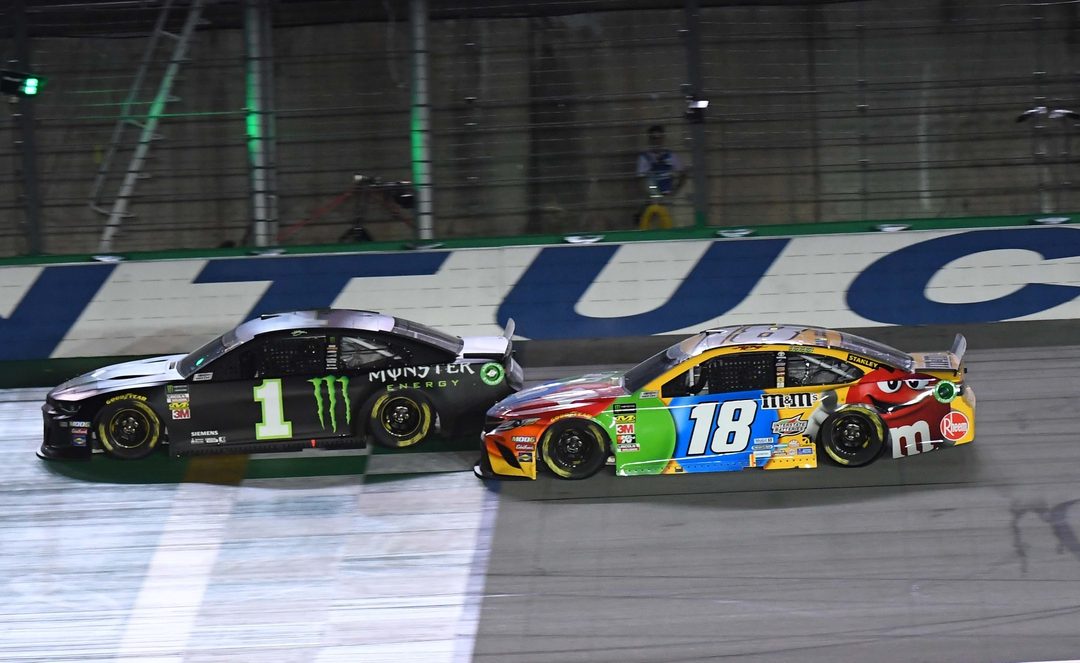 The Quaker State 400 will take place on July 12 at 2:30 p.m. ET at Kentucky Motor Speedway without fans in attendance.

Germany’s Pascal Wehrlein took his third Formula E ‘Race at Home’ esports victory on Saturday to lead the standings with one race remaining.

Hungarian Grand Prix organisers have negotiated a year’s contract extension to 2027 to compensate for having to hold this year’s Formula One race without spectators due to the COVID-19 pandemic.

IndyCar drivers eager to get back behind the wheel will face a test unlike any other on Saturday when, with limited practice, they kick off a season delayed by the COVID-19 pandemic on one of the series’ trickiest tracks and with no fans in attendance. 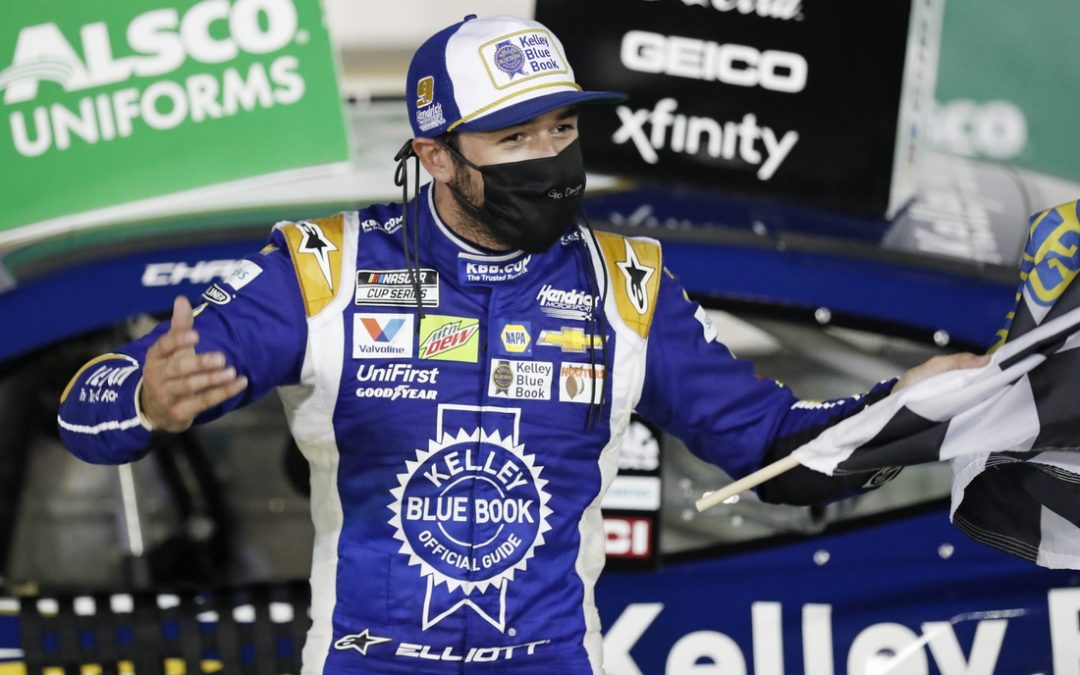 Chase Elliott, who won the Alsco Uniforms 500 at Charlotte on May 28, will start on the pole Sunday for the NASCAR Cup Series’ Folds of Honor Quik Trip 400 at Atlanta Motor Speedway in Hampton, Ga.

Russian Grand Prix organisers said on Thursday they were open to hosting two back-to-back races in Sochi this season to help Formula One flesh out a calendar reduced by the COVID-19 pandemic.

Brickyard 400 to run without fans

The July 4 weekend races at Indianapolis Motor Speedway will be held without spectators.

Hamilton back on track next week in Mercedes F1 test

Six-times Formula One world champion Lewis Hamilton will be back on track at Silverstone next week for the first time since February as Mercedes gear up for the start of the delayed Formula One season.

Mercedes to share F1 reserves with McLaren and Racing Point

Formula One world champions Mercedes will share reserve drivers Stoffel Vandoorne and Esteban Gutierrez with the Racing Point and McLaren teams this season, a spokesman said on Thursday.

Motor racing’s all-female W Series cancelled its 2020 season on Thursday due to the COVID-19 pandemic but promised to return next year with at least two support races on the Formula One calendar.