Brad Keselowski won the Coca Cola 600 in a shootout on Sunday as NASCAR did its best to fill the sporting void created by the novel coronavirus shutdown with its longest ever race.

George Russell took a runaway win for Williams in Formula One’s virtual Monaco Grand Prix on Sunday, the day the cancelled showcase race should have taken place in real life.

Formula E driver disqualified for getting impostor to race for him

Audi Sport’s Daniel Abt was fined and disqualified from a Formula E virtual race on Sunday for sporting misconduct after letting a professional gamer race as a “ringer” for him.

Alonso is a virtual winner at Indianapolis as Andretti debuts

Fernando Alonso won at Indianapolis, in the virtual world at least, on Saturday in a field featuring 80-year-old U.S. great Mario Andretti and a cast of Indy 500 winners and Formula One champions.

Formula One’s 10 teams have agreed cost-cutting measures including a budget cap of $145 million for 2021, the BBC reported on Friday.

Formula One remains hopeful about the chances of racing at Britain’s Silverstone circuit in July and August despite quarantine measures confirmed on Friday.

NASCAR will have a clear run this Sunday on what would normally be motor racing’s most glamorous and busiest day, with Formula One and IndyCar remain stuck in the virtual world. 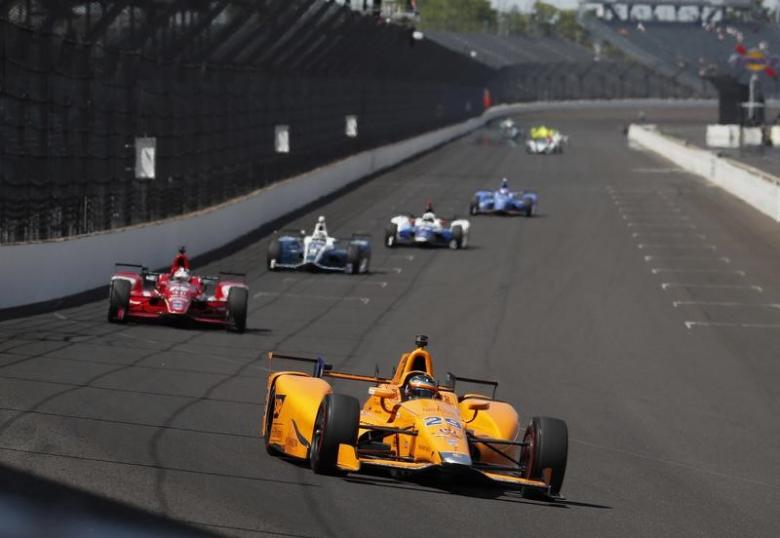 IndyCar cancelled two more races on Thursday, forced to tweak its schedule due to restrictions put in place by the novel coronavirus outbreak.

Denny Hamlin won the rain-shortened Toyota 500 at Darlington Raceway on Wednesday for the Joe Gibbs Racing driver’s second victory of the season in the 2020 NASCAR Cup Series.

Esports: U.S. great Andretti goes back to being a rookie on Indy oval

Mario Andretti will go back to being a rookie at the age of 80 when the motor racing great makes his esports debut on a virtual Indianapolis oval on Saturday.

Motor racing: Hockenheim ready to step in if Silverstone fails

Hockenheim is ready to step in if British quarantine restrictions prevent Silverstone from hosting a Formula One race during the COVID-19 pandemic, the German circuit’s boss said on Wednesday.

Rainy weather led to the postponement of the NASCAR Xfinity Series at South Carolina’s Darlington Raceway on Tuesday evening as organizers were forced to reschedule the event for daytime on Thursday.

F1 could manage to race even with COVID-19 cases, says FIA

Formula One could cope with up to 10 positive tests for COVID-19 when the sport starts the season in July, according to the chairman of the governing FIA’s medical commission.

Monaco puts a marker down for 2021 with three race run

Monaco plans to hold three motor races in the space of five weeks in 2021 after the principality had to cancel this weekend’s showcase Formula One grand prix due to the COVID-19 pandemic.

Formula One says the UK government’s quarantine plans would rule out a British Grand Prix and affect tens of thousands of F1-related jobs if exemptions are not granted for sport.

Button shocked Vettel will not be at Ferrari next season

Former world champion Jenson Button says he is shocked Sebastian Vettel will not drive for Ferrari next season and that it would be “madness” if the team had pushed him out.

A cast of top drivers will race in a virtual 24 Hours of Le Mans in June but the postponed real-life version must also happen this year, even if without spectators, World Endurance Championship (WEC) boss Gerard Neveu said on Monday.

There was no one in the grandstands watching at Darlington Raceway but millions flocked to their televisions on Sunday to see the first live NASCAR race since the novel coronavirus outbreak shuttered North American sport two months ago.

Alonso is ready to return in 2021, says ex-boss Briatore

Two-times world champion Fernando Alonso is ready for a Formula One comeback, his long-time adviser and former Renault team boss Flavio Briatore has said amid increasing speculation about a return to Renault. 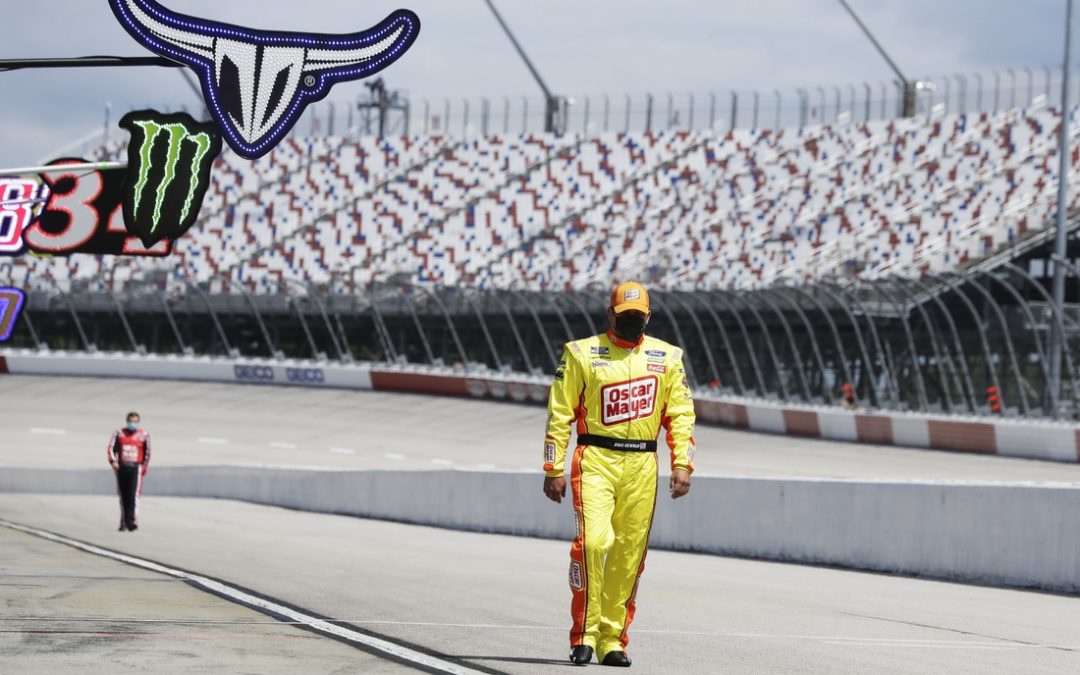 The last time Ryan Newman competed in a NASCAR Cup Series race, his car was sliding down Daytona International Speedway on its roof at nearly 200 mph.

Esports: Leclerc’s girlfriend subscribes to get him to open the door

Ferrari Formula One driver Charles Leclerc has gained a special subscriber to his Twitch streaming channel after his girlfriend found herself locked out of his Monaco apartment while he was racing online at the weekend.

Jack Brabham remains in a class of his own as the only man to have won the Formula One championship as a driver and constructor, and he also stood out for securing his first title on foot.

NASCAR returns to sound of silence

Kevin Harvick and NASCAR both celebrated victories on Sunday as the stock car series returned to live racing from a two-month novel coronavirus forced hiatus at an empty Darlington Raceway.

No soundtrack but NASCAR hopes for a hit on return

Like a movie with no musical score, NASCAR returns from a two-month novel coronavirus-forced hiatus on Sunday for a race without the fans who provide the background soundtrack for sporting events around the world.

After a nearly two-month interruption in the competitive schedule, the NASCAR Cup Series will return to racing this Sunday at the sport’s historic Darlington Raceway in The Real Heroes 400 (3:30 p.m. ET on FOX, MRN and SiriusXM NASCAR Radio).

Carlos Sainz could be a surprise package when he teams up with Charles Leclerc at Ferrari next year, according to the Spaniard’s former F3 boss Trevor Carlin. 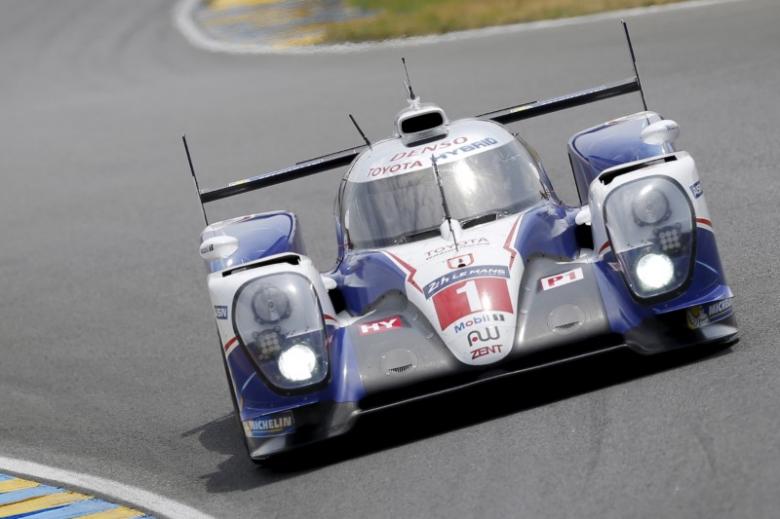 Le Mans organisers are planning to put on the world’s biggest virtual endurance race in June after being forced to postpone this year’s 24 Hours to September because of the COVID-19 pandemic.

Formula One and Silverstone have agreed terms for two races without spectators at the circuit this season, subject to government approval, the track’s managing director Stuart Pringle said on Friday.

The Belgian Formula One Grand Prix, scheduled for the end of August but threatened by the COVID-19 pandemic, can go ahead without spectators, regional authorities said on Friday.

Motorcycling: No return for Lorenzo in 2020 as MotoGP cancels wild cards

Former MotoGP world champion Jorge Lorenzo will not have a chance to race this season after series organisers ruled out wild card entries due to the COVID-19 pandemic.

NASCAR will hold 13 races between May 30 and June 21 but no fans will be in attendance in an effort to stem the spread of the novel coronavirus, organizers said on Thursday.

NASCAR teams finally know their next step after the upcoming run of four races in 11 days in Darlington, S.C., and Charlotte. They’re headed to Bristol.

Ferrari is exploring the possibility of entering the North American IndyCar series, its Formula One team principal Mattia Binotto said on Thursday.

Go ahead and call it a comeback.

McLaren is looking into various funding options to help the sportscar maker and Formula One team owner negotiate the coronavirus pandemic, a spokesman said on Thursday.

Motor racing: Sainz and Ricciardo make their moves for 2021

Spaniard Carlos Sainz will make a dream move to Ferrari next year, with Australian Daniel Ricciardo replacing him at McLaren, as Formula One’s driver carousel took another big twirl on Thursday with the 2020 season yet to start.

Motor racing: Sainz is an ‘ideal fit’ for Ferrari

The talk was of luring six-times world champion Lewis Hamilton from Mercedes to Ferrari but in the end it was Carlos Sainz, a driver yet to win anything in Formula One, who signed on the dotted line.

Spaniard Carlos Sainz will race for Ferrari in 2021 and 2022 as replacement for four times world champion Sebastian Vettel alongside Charles Leclerc, the Italian Formula One team said in a statement on Thursday.

Motor racing: Ricciardo moves from Renault to McLaren for 2021

Australian Daniel Ricciardo will leave Renault and race for McLaren in 2021, the British Formula One team said in a statement on Thursday.

Six-times Formula One world champion Lewis Hamilton is the richest sportsperson in the United Kingdom with a net worth of 224 million pounds ($275.6 million), according to The Sunday Times newspaper’s Rich List thesundaytimes.co.uk/sportrichlist.

The IndyCar season-opener on the streets of St. Petersburg, Florida which was postponed due to the novel coronavirus outbreak will now be the series finale, CEO Mark Miles said on Wednesday.

Seven times world champion Michael Schumacher has been named the most influential person in Formula One history after a vote by fans on the sport’s official website.

Spaniard Carlos Sainz is on pole position to be Charles Leclerc’s team mate at Ferrari next year, with Australian Daniel Ricciardo set to replace him at McLaren according to Formula One sources.

Motor racing: Leclerc’s rise meant the writing was on the wall for Vettel

The writing has been on the wall for Sebastian Vettel since September 2018 when Ferrari announced Charles Leclerc as his Formula One team mate.

Four-times Formula One world champion Sebastian Vettel is set to quit Ferrari at the end of the year after contract talks broke down, German media reported late on Monday.