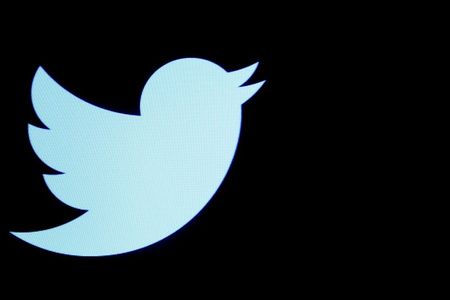 (Reuters) – Twitter Inc has received a record number of responses to a survey on how it should handle world leaders on its site, a spokeswoman said on Tuesday, an issue in the spotlight ahead of the possible return of former U.S. President Donald Trump to Facebook.

Twitter, which permanently banned Trump after the Jan. 6 Capitol riot, in March began soliciting the public for input on whether world leaders should be subject to the same rules as other users and if they break a rule, what type of action should be taken.

The company has received nearly 49,000 responses globally in 14 languages, the spokeswoman said. Its month-long survey asked questions like whether world leaders breaking Twitter’s rules should face “greater or lesser” consequences then other users and whether it was ever appropriate for Twitter to permanently suspend the account of a current president or prime minister.

“As our teams review and distill the data, we’ve been looking for key themes, new ideas, and creative thinking so we can begin to develop an update to our approach and consider next steps,” the spokeswoman said. She declined to say at this time what the responses showed about users’ views.

The survey also presented users with a random sample of hypothetical scenarios, asking in one survey what they thought Twitter should do if their president posted COVID-19 misinformation or if another country’s candidate for the national head of agriculture tweeted that the military would destroy a group of people.

Multiple-choice answers ranged from “take no action” to restricting engagement with the tweet to “permanently suspend the account immediately.”

Twitter has said its ban on Trump, which it enacted due to the “risk of further incitement of violence,” will remain even if he runs for office again.

Facebook Inc’s independent oversight board will announce its decision on whether to uphold Facebook’s indefinite suspension of Trump on Wednesday. It has said it received more than 9,000 comments on the Trump case, more than any other, and attributed a delay in announcing the decision to this volume.

Alphabet Inc’s YouTube has said it will lift its suspension of Trump’s channel when it determines the risk of real-world violence has decreased.

Currently, both Twitter and Facebook have rules that give world leaders, elected officials and political candidates greater latitude than ordinary users.

Twitter, which has 199 million daily active users, has run public surveys on its policies before. It got 22,000 responses when it ran a two-week survey on its verification policy and 6,500 responses when it asked how it should handle synthetic and manipulated media, such as deepfakes.

Twitter has also been consulting with civil society groups, human rights experts and academics in its review of the world leader rules. Facebook has also asked for recommendations from its oversight board on suspensions of political leaders.