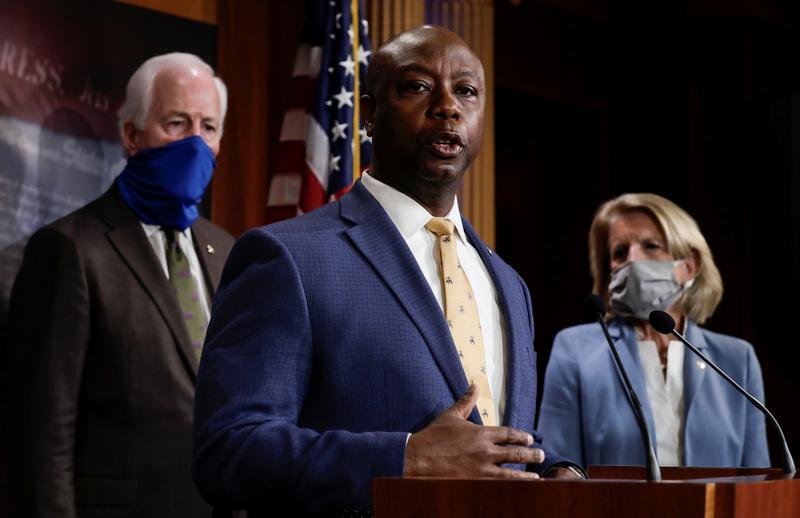 A Democrat state official in Texas said Tuesday he is resigning after being pressured to do so because he used a racial slur to describe Sen. Tim Scott (R-S.C.), one of a handful of black U.S. senators.

“I am deeply and sincerely sorry for my inappropriate and hurtful use of [the] racist term I used to describe Sen. Tim Scott on my personal Facebook page. It was insensitive, and I have embarrassed myself and my party by its use,” Lamar County Democratic Party Chairman Gary O’Connor told the Washington Examiner.

“As a result, I feel compelled to offer my resignation as chair of the Lamar County Democratic Party for consideration by the County Executive Committee,” he added.

O’Connor has not returned requests for comment. The Texas Democratic Party did not respond to an inquiry.

The official last week called Scott a term decried as a racial slur by supporters of the senator. Texas Gov. Greg Abbott and Texas Republican Party Chairman Allen West were among the officials to call for O’Conner to step down.

“This is disgusting, hateful, and completely unacceptable,” Abbott wrote in a tweet. “O’Connor must apologize to @SenatorTimScott & step down immediately.”

Scott faced racist remarks from leftists during and after his delivery of a rebuttal to President Joe Biden’s address to a joint session of Congress. A racial slur against him trended on Twitter; the social media company did not respond to an inquiry about whether it eventually halted the trend.

Democrats have largely remained silent on the treatment of Scott, one of the few black lawmakers in the upper chamber.

Scott told Americans that he believes America is not a racist country. He also said he is regularly attacked by people on the left.

“I get called ‘Uncle Tom’ and the N-word—by ‘progressives’! By liberals! Just last week, a national newspaper suggested my family’s poverty was actually privilege[d] because a relative owned land generations before my time. Believe me, I know our healing is not finished,” he said, adding later that “when America comes together, we’ve made tremendous progress.”