Migrant Arrested for Burning Down Asylum Center in Germany 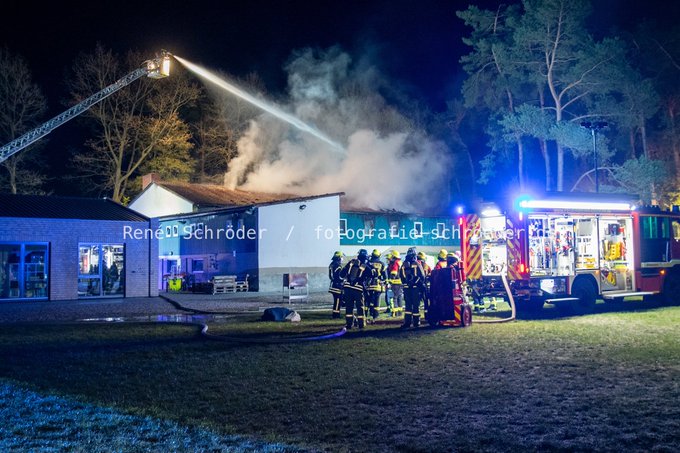 An asylum center near Hamburg, Germany, was destroyed in a fire likely set by a migrant staying there, authorities say.

The blaze broke out on Saturday night in a building at an accommodation center in the town of Gudow where 21 migrants were living.

A massive response of more than 150 firefighters and first responders was required to mitigate the blaze, along with police who initially encountered a man brandishing a knife when they arrived.

A 32-year-old migrant was arrested under suspicion of serious arson and attempted murder.

He was brought before a judge and ordered confined in a psychiatric hospital after being diagnosed with a ‘mental illness.’

The suspect had previously informed an employee of the facility that he intended to cause harm and was contemplating suicide when he began lighting items on fire and sent out photos of the growing conflagration via text message, according to NDR Info.

The building was almost completely destroyed, with damages estimated at approximately 350,000 euros (~$420,000).

Many of the inhabitants had been quarantined in a wing of the building, with at least 10 testing positive for COVID.

They were subsequently moved to a nearby fire department.

Migrants setting fire to asylum centers in their host countries has become a common tactic used to force relocation, as Infowars Europe has often reported.

Migrants have been suspected or charged in recent fires at asylum camps in Greece, Bosnia, Spain, and the United Kingdom.