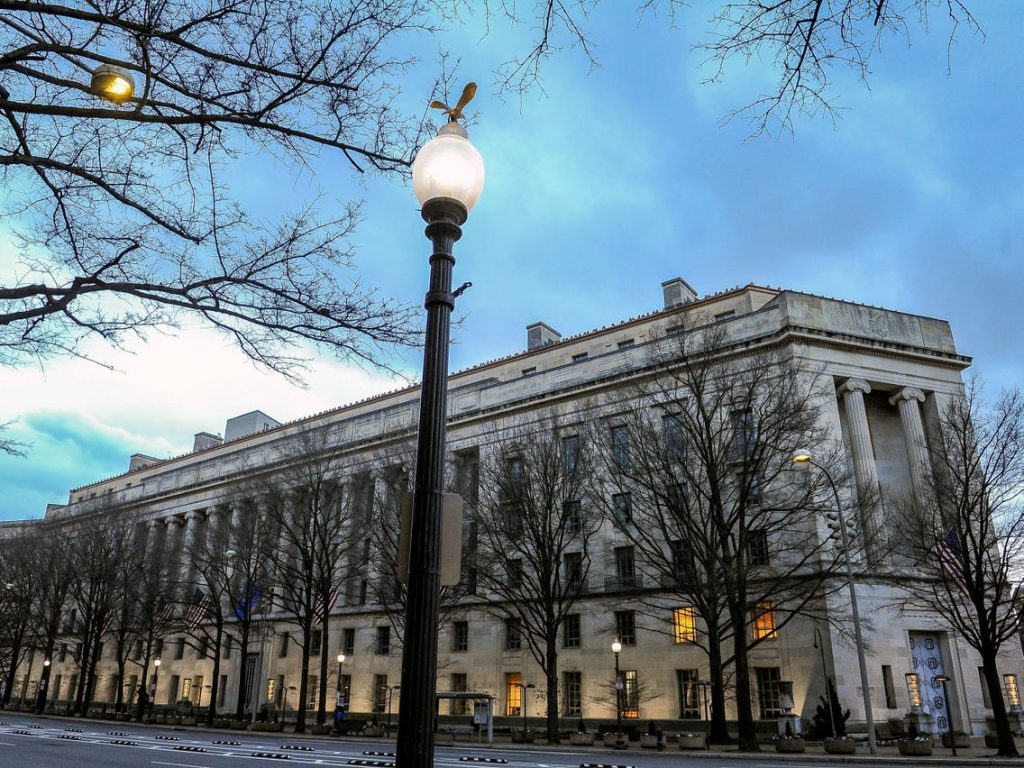 The Department of Justice’s more than $35 billion budget request for 2022 reflects the agency’s mission, Attorney General Merrick Garland said during his opening remarks before a House Appropriations subcommittee on Tuesday.

“I ask for your support for our budget as the entire Department works to ensure adherence to the rule of law, protection of public safety, and equal justice for all Americans,” Garland said during the hearing. (RELATED: CBP Won’t Say How Many Illegal Migrants Are Released Without Scheduled Court Dates) 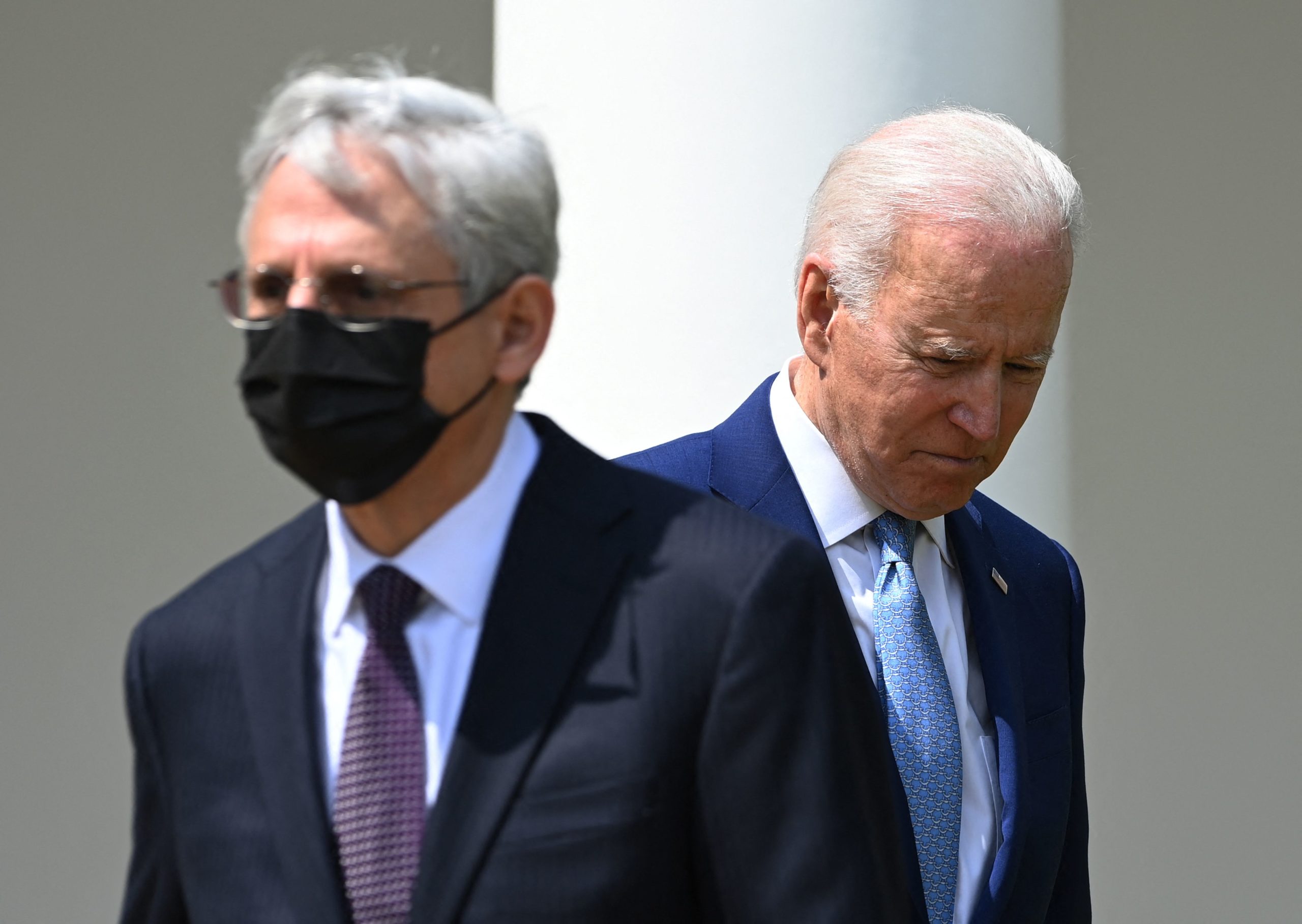 The proposal includes $45 million for FBI investigations into domestic terrorism and $40 million to assist U.S. attorneys in handling increased caseload related to those investigations. It also requests an additional $33 million to address discrimination and $304 million more for programs that address “systemic inequities” in policing.

The DOJ has charged more than 400 individuals in connection with the Jan. 6 riot at the U.S. Capitol, CNN reported. Domestic terrorism cases have increased overall in recent years, according to the Center for Strategic and International Studies.

Garland asked for a whopping $1 billion for the DOJ’s Office of Violence Against Women. Part of those funds would go towards replenishing the national rape kit backlog.

The increase from last year’s budget for domestic terrorism cases comes as Democrats have sought to label Trump supporters who protested on January 6 at the Capitol as domestic terrorists, domestic violent extremists, and white supremacists. Committee Chairman Matt Cartwright (D-PA) said at the hearing the “attack on the Capitol” was an “unprecedented” threat from domestic violent extremism.

Garland testified during his confirmation hearing that his first priority as attorney general would be the investigation into January 6. So far, the DOJ has charged more than 400 people as part of that investigation.

Garland also said at Tuesday’s hearing the threat of domestic violent extremism and domestic terrorism keeps him up at night.

“My oath is to protect the Constitution and Americans from all enemies, both foreign and domestic,” he said. “And so both forms of terrorism are extraordinary concern to me. We never want to take our eyes off of what happened on 9/11 and that the risks that the country continues to face from foreign terrorist attacks on the homeland.”

“Likewise, we have a growing fear of domestic violent extremism and domestic terrorism and both of those keep me up at night…virtually every morning, I get a briefing from the FBI in one of the other or both areas,” he told the committee.

Committee Ranking Member Robert Aderholt (R-AL) pressed Garland on why the FBI classified the 2017 congressional baseball game shooting that targeted Republican members of Congress as a case of “suicide by cop” instead of domestic terrorism, despite the Department of Homeland Security and the Office of the Director of National Intelligence doing so, as previously reported by Breitbart News.

The attorney general said he had not yet had a chance to speak to the FBI about it and promised he would do so.

Garland also said the total budget request seeks to increase the DOJ’s civil rights funding by $33 million, for a total of $209 million for the civil rights division, the community relations service, and related civil rights work. The budget will also include a “historic investment of $1 billion” to support the department’s Office of Violence Against Women.

The DOJ budget request includes an increase of $304 million, for a total of $1.2 billion, for programs that support “community-oriented policing and addressing systemic inequities,” he said.

Garland also requested a 21% budget increase for the Executive Office for Immigration Review that will pay for 100 new immigration judges, improved technology, and other “efficiency mechanisms” to reduce a backlog of nearly 1.3 million cases pending before immigration courts.

“I have mentioned only a few of the department’s important programs this morning. I ask your support for our budget as the entire department works to ensure adherence to the rule of law, protection and public safety, and equal justice for all Americans,” he testified.

White House press secretary Jen Psaki confirmed intelligence agencies had answered Biden’s call to develop a “comprehensive threat assessment” into the actions of political extremists within the United States and that the administration was working on their strategy to combat the threat.

“The stage we are in now is that we are taking a look at what occurred during that review, lessons that we’ve learned, and ensuring that the policy responses that we’ve been discussing and developing are the right ones,” she said.

Psaki said Biden would announce his new strategy to tackle domestic terrorism within “weeks not months.”

“We want to develop a strategy that will convey to the American people a sense of how we will take on domestic terrorism, something the president has talked about as one of the greatest threats we face,” she said.

During his inauguration speech, Biden warned of “a rise in political extremism, white supremacy, domestic terrorism that we must confront and we will defeat.”

The Office of the Director of National Intelligence lead the review in coordination with the Department of Homeland Security and the FBI.

“The rise of domestic violent extremism is a serious and growing national security threat,” Psaki said at the time. “The Biden administration will confront this threat with the necessary resources and resolve.”