Rotten Apple: ‘New York as Dead as it Was a Year Ago’ 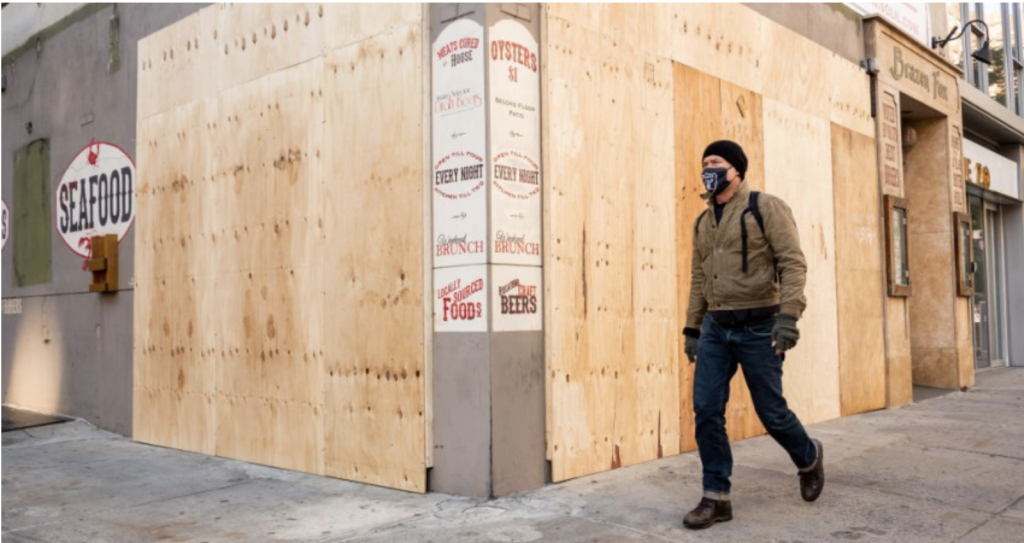 Unlike other areas of the country like Texas and Florida, New York appears to be trapped in a permanent state of lockdown malaise, with one observer noting how empty streets suggest the city is “seemingly as dead as it was a year ago.”

Reason host Nick Gillespie tweeted a video of morning rush hour traffic on The Bowery, a street located in a normally busy neighborhood in Manhattan.

Suffice to say, it’s not that busy.

“New York is seemingly as dead as it was a year ago,” commented Gillespie.

New York is seemingly as dead as it was a year ago. Here is traffic on The Bowery, 7.30 am today. pic.twitter.com/nGqDBSODaK

“Everyone moved to Florida,” remarked one.

“It’s absolutely tragic what these morons have done to my beautiful city. It’s going to take years to recover from this,” commented another.

A survey conducted in September 2020 found that two in five New Yorkers wanted to leave the city, with the reasons cited being crime and public safety as well as the anemic post-COVID economic recovery.

Removal trucks became a common sight on the streets, with 2020 showing a 44% increase in home sales in the suburbs compared to the same time period in 2019 as people flee for bigger homes in safer areas.

Former hedge fund manager and entrepreneur James Altucher previously warned that the city was on its knees and that there were no signs of New York’s political leadership offering a way out of the malaise.

“We have something like 30 to 50 per cent of the restaurants in New York City are probably already out of business and they’re not coming back,” he pointed out.

Regular Black Lives Matter riots that include demonstrators telling white people to “get the fuck out of New York” also can’t be helping.

The trend of people fleeing big cities, largely as a result of the pandemic but also for other reasons, is mirrored in London, where 700,000 people left the English capital in 2020.