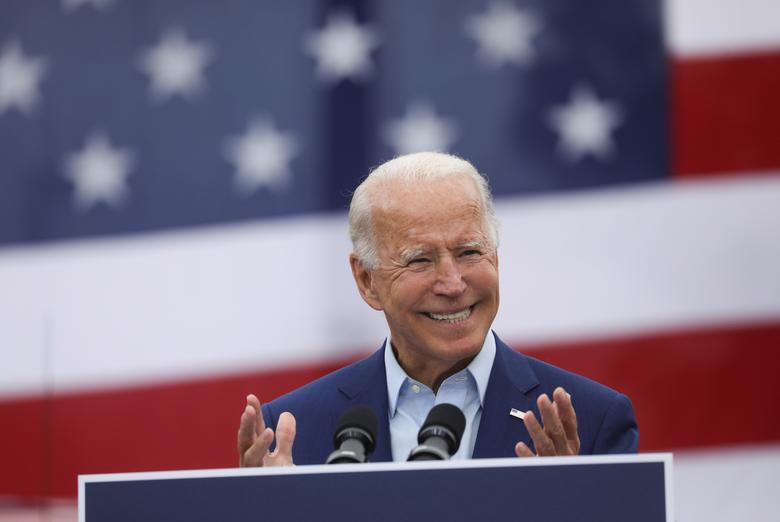 The top Republicans on two House panels declared their concern Monday over a reported plan by the Biden Administration to send cash payments to Central American countries to help address the root causes of the migrant crisis.

Republican Reps. James Comer of Kentucky and Jason Smith of Missouri, the ranking members of the committees on oversight and budget, raised questions about Biden’s “conditional cash transfer program” to combat the ongoing U.S. southern border crisis in a letter sent Monday to Acting Office of Management and Budget (OMB) Director Shalanda Young.

In the midst of a border crisis propelled by the Biden Administration reversing successful [Trump-era] deterrent policies, it is worrisome that the administration’s solution isn’t to reinstate those policies or replace them with workable solutions, but instead to funnel more money to pay countries to dissuade their citizens from breaking U.S. laws, particularly countries with corruption concerns.

Ambassador Robert Jacobson, the outgoing White House Border Coordinator, recently stated that a conditional cash transfer program would be targeted at residents of Northern Triangle countries but cautioned that “the U.S. government isn’t going to be handing out money or checks to people.”

The GOP lawmakers noted that unlike the Trump administration, which leveraged the use of aid for cooperation on stemming the flow of migrants heading to the U.S., President Biden had offered $4 billion as a four-year “commitment” with no strings attached.

The strategy of sending cash payments to foreign countries to stem the tide of illegal immigration caused by Biden Administration policies [of rolling back Trump’s successful deterrent measures] is naive and misguided. Moreover, the countries identified as potential recipients include some of the most corrupt countries in the world.

Ranked by perception, the U.S. News’ latest (2021) annual rankings placed Guatemala (6) and El Salvador (9) as some of the top ten most corrupt countries in the world.

Strangely, Honduras is not on the list, particularly given that U.S. prosecutors have accused the Honduran president of being part of a state-backed cocaine trafficking conspiracy linked to his brother, already sentenced to life in prison by an American judge.

Still, the latest Corruption Perception Index, compiled by the Transparency International global movement, the countries in Central America’s Northern Triangle region — Honduras (ranked at 157), Guatemala (149), and El Salvador (104) are among the most corrupt countries in the world. The nations are ranked from least to most corrupt, starting with number one.

President Joe Biden has tapped Vice President Kamala Harris to lead the White House response to the ongoing surge of migrants from the Northern Triangle flooding the U.S. border, particularly unaccompanied children and some families that authorities are releasing into U.S. communities.

Although the White House has yet to release a detailed plan for Harris’s efforts to solve the border crisis, the VP has pointed to Biden’s campaign under Obama as a model, focusing on the “root causes” of migration, including corruption, poverty, and violence.

Even the Washington Post recently acknowledged that similar efforts — throwing money at improving ground conditions in Central America to keep residents from leaving — have “failed to make meaningful progress,” leading to spikes in the flow of migrants seeking to enter the country.

It took weeks for President Biden and some administration members to admit that the border is plagued by a crisis, primarily caused by migrants from Northern Triangle countries.

“Biden created this crisis, denied it exists, and now thinks he can buy his way out,” Rep. Smith wrote Monday on Twitter.

Biden created this crisis, denied it exists, and now thinks he can buy his way out. @RepJamesComer and I sent a letter to the Biden admin demanding answers about this naïve and misguided proposal. pic.twitter.com/BuzuB2ahxg

“The Biden plan to solve his border crisis: use American taxpayer money to bribe foreigners to stay home,” Rep. Comer added. “What about securing the border?”

The Biden plan to solve his border crisis: use American taxpayer money to bribe foreigners to stay home.

What about securing the border? https://t.co/6jVRizUWDd

President Biden “wants to pay residents of Guatemala, Honduras, and El Salvador to not violate our immigration laws,” the Republican minority on the House Oversight Committee wrote on Twitter. “Taxpayers shouldn’t foot the bill for the #BidenBorderCrisis.”