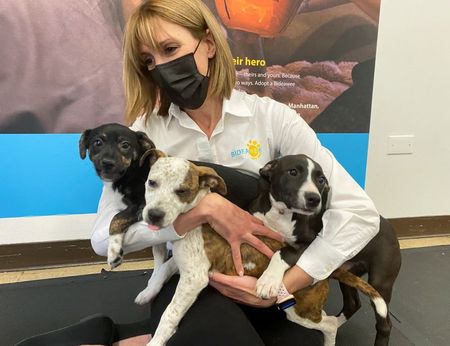 Adoption rates at animal shelters jumped as much as 40% in 2020 over the previous year as people coped with isolation at the height of the pandemic.

“There has been such an outpouring from the community for both fostering and adoption since the pandemic,” said Leslie Granger, president and chief executive of Bideawee, a New York nonprofit group which has been finding loving homes for rescued animals since 1903.

“The first week alone last March, we saw more than 700 foster applications come in from families around the New York area,” Granger said.

“We’ve had an incredible demand for people who want to foster and to adopt for the past year and we’re not seeing it slow down. People are still coming in.”

At Bideawee’s 10,000-square-foot building in Manhattan, about 40 pets are up for adoption. Eight-week-old puppies frolic and a kitten bottle feeds inside the shelter, whose name means “stay awhile” in Scottish.

Bideawee’s no-kill policy sets its apart from shelters that put animals to sleep if they are not adopted after a certain period.

Even as people open their homes to pets, some COVID-stressed pet owners have dumped unwanted animals on streets. Female cats can have five litters a year, leading to a boom in the stray cat population.

Bideawee teaches cat lovers how to trap and neuter feral cats, “which is the only humane way to reduce the population of community cats,” said Elyise Hallenbeck, Bideawee’s Feral Cat Initiative’s director of strategy for leadership giving.

Enrollment has soared as the courses have moved online.

“Usually pre-pandemic, we would have 30 people in our courses,” she said. “Nowadays we’re getting upwards of 300 from all around the world, including places like Saudi Arabia, Alaska, Brazil, Mexico, Australia.”

As Hallenbeck bottle-fed Bodie, a 4-week-old kitten, she said his feral mother passed away soon after giving birth on the streets.

“If you’re having a bad moment at work, you can always take a little time out and get some puppy smooches or kitten cuddles,” Granger said. 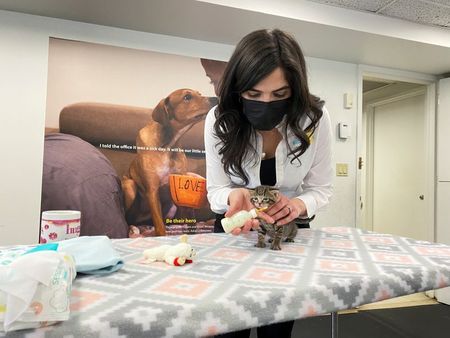 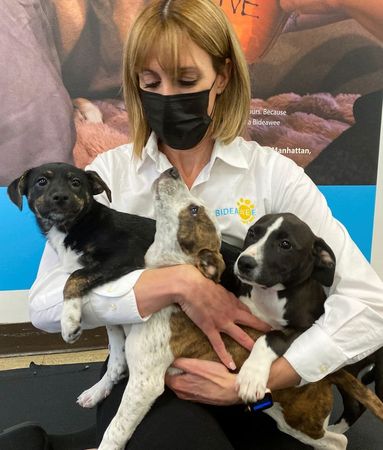 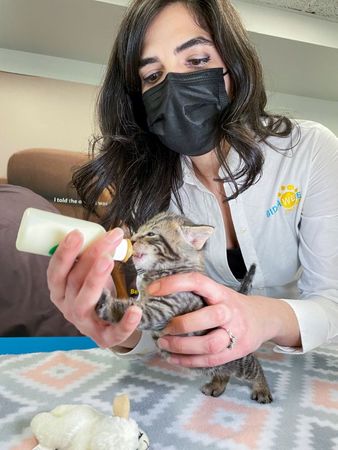 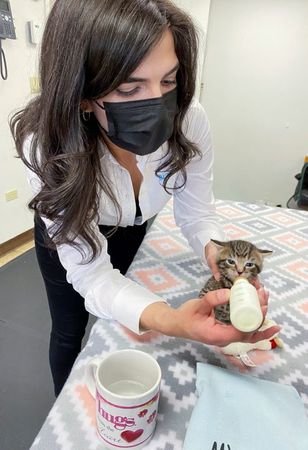