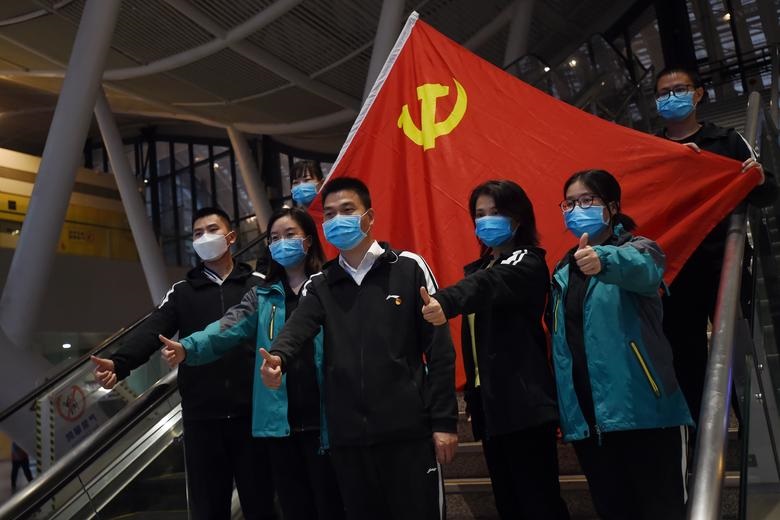 Federal tax officials should launch a forensic audit and investigation of more than 125 U.S. firms with significant links to the Chinese Communist Party (CCP) that received up to $420 million in Paycheck Protection Program (PPP) loan funds last year, according to the founder of a citizen’s group devoted to government transparency.

“Communist Chinese defense contractors used a legal loophole to hijack up to $400 million meant for small businesses on Main Street at the peak of the pandemic. It’s time to forensic audit these firms. On behalf of the American taxpayer and mom and pop businesses everywhere, the IRS must investigate and claw-back any ill-gotten gains,” Open the Books Founder and Chief Executive Officer Adam Andrzejewski told The Epoch Times Monday.

Open the Books is an Illinois-based educational foundation that filed more than 40,000 Freedom of Information Act (FOIA) requests in 2020  for documentation of government spending at all levels to advance its goal of ensuring citizens have access to “every dime online, in real time.”

Andrzejeweski was referring to a report published in August 2020 by Horizon Advisory, a strategic consulting firm, that found the massive outflow of U.S. tax dollars to companies with known links to the CCP.

Sen. Marco Rubio (R-Fla.), who was chairman of the Senate Committee on Small Business and Entrepreneurship at the time, inserted provisions designed to prevent such PPP loans being awarded by the Small Business Administration.

Rubio’s reforms were adopted in a second round of PPP funding by Congress that was signed into law by President Donald Trump in December 2020.

Much of the PPP funding that ended up going to the CCP-linked firms could have been easily obtained from sources other than U.S. taxpayers, according to the report.

“Many of these firms, by virtue of their Chinese government support and connections to large PRC-based conglomerates, conceivably could access sources of capital from public or private markets to support their U.S. operations,” the report said.

Even so, the report, which received little mainstream media coverage when it was first published, continues to cause significant ripples in other news outlets, including Just the News, which on May 1 awarded the Department of Treasury and SBA its “Golden Horseshoe” award, a weekly designation for examples of waste, fraud and abuse in federal spending.

Andrzejewski highlighted the report in an April 19 Real Clear Policy column in which he pointed to three of the CCP-linked firms that got the PPP loans:

Rubio told The Epoch Times Monday that he also supports aggressive enforcement and prosecution by the Department of Justice of firms that got funds fraudulently under the PPP.

“The Paycheck Protection Program saved tens of millions of jobs last year and kept countless small businesses alive through the worst of the economic lock downs. Any entity that fraudulently obtained a PPP loan should be denied forgiveness and prosecuted,” Rubio said.

“Every federal agency and every lawmaker needs to take the threat from Beijing seriously, and ensure U.S. tax dollars aren’t giving Chinese firms an unfair advantage over American small businesses,” he added.

The anti-CCP funding provision Rubio was able to add to the December PPP refunding measure prohibited any entity or owner of an entity in China, companies with People’s Republic of China (PRC) residents on the board, and Foreign Agent Registration Act (FARA) registrants from being eligible for PPP loans.

Earlier this year, Rubio also re-introduced a more comprehensive bill designed to stop China from tapping into any SBA funds.

Other members of Congress declined to respond to The Epoch Times’ requests for comment, including Sen. Ben Cardin (D-Md.), who became chairman of the Senate small business panel in January, and Kentucky’s Sen. Rand Paul, the ranking Republican.

On the House side, spokesmen for House Small Business Committee Chairman Nydia Margarita Velazquez Serrano (D-N.Y.) and Missouri Rep. Blaine Luetkemeyer, the top Republican, did not respond to requests for comment.

Earlier this year, DOJ announced that at least 120 individuals and entities have been charged since the PPP program was begun in 2020 with a variety of crimes. None of the 120, however, are known to be among the 125 firms with CCP links.

“The cases involve a range of conduct, from individual business owners who have inflated their payroll expenses to obtain larger loans than they otherwise would have qualified for, to serial fraudsters who revived dormant corporations and purchased shell companies with no actual operations to apply for multiple loans [while] falsely stating they had significant payroll, to organized criminal networks submitting identical loan applications and supporting documents under the names of different companies,” DOJ said in a March 26 statement.

“Most charged defendants have misappropriated loan proceeds for prohibited purposes, such as the purchase of houses, cars, jewelry, and other luxury items,” the statement said.

Congressional correspondent Mark Tapscott may be reached at mark.tapscott@epochtimes.nyc