The Changing of the Guard at the Gates Foundation 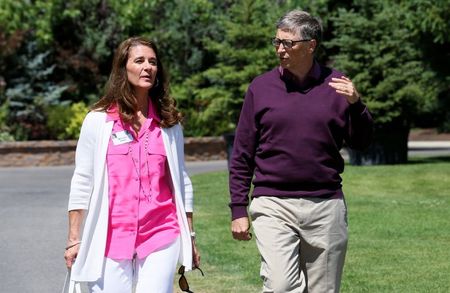 In the Late 90’s, Bill Gates CEO of Microsoft found Himself in the Crosshairs of the DOJ for Monopolistic and Illegal Practices which set the Stage for a Far Greater Program of High Crimes.

The Stage is now being Set for the Inquisition of the Greatest Series of Crimes and Assaults on World Populations.

Melinda Gates, long time Handler of the Mind and Actions of One of History’s Most Venomous Criminal Masterminds, the famed Harvard University nerd and dropout Bill Gates, announced the Impending Divorce from a Man soon to be designated a Public Enemy.

Stealing Business Plans and Intellectual Property has been the Path that Gates has followed from the forged beginning in the hallowed Halls of Harvard.

Amassing vast wealth and power was never enough for the Globalist Elite who have fostered the Culture and Sector defined as Computer Technology.

Censorship, Manipulation, and the Amassing and Storage of Privileged Data was not enough for the Criminal Elite of the Techno Oligarch Class.

There is never enough.

Which brings The World to the Latest Chapter that is now to unfold. The Complicit Conspiracy to develop a Global Virus in coordination with the Gates endowed Partnership with the CCP and Wuhan Institute of Virology which has unleashed a Global Pandemic that has evolved from the Gates Conception of Y2K.

Melinda Gates is bailing from a Marriage in a last ditch Effort to save herself from the soon to be revealed Indictment of China Collusion and the Fang Fang Syndrome who will protect Gates just as Priscilla Chan Zuckerberg has been the Chinese Weapon to manipulate and manage the World of Facebook.