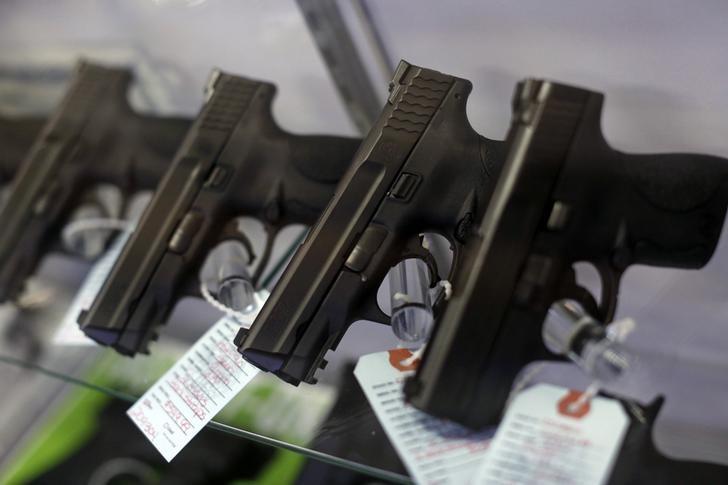 Democrats in Colorado’s legislature have introduced three new gun-control measures in recent days after the mass shooting at a Boulder supermarket that left 10 dead.

“There’s nothing we can do to bring back the lives that were stolen from us. There’s no single policy we can pass that can guarantee no more lives will be taken from us. We also know that we must continue to demand federal action on gun violence prevention. But this cannot be an excuse for inaction,” Colorado Senate Majority Leader Stephen Fenberg, a Democrat, said during a news conference on April 29.

A new bill, Senate Bill 256, would rescind a state law prohibiting a local government from imposing bans on selling, purchasing, or possession of a firearm.

House Bill 1298 would require licensed gun dealers to obtain approval from the Colorado Bureau of Investigation on whether a background check is complete before a firearm can be transferred.

And the third bill, House Bill 1299, would create a state Office of Gun Violence Prevention to “coordinate and promote effective efforts to reduce gun violence and related traumas and promote research regarding causes of, and evidence-based responses to, gun violence.”

State House Minority Leader Hugh McKean, a Republican, said that “everyone, Republicans, Democrats, Independents, is sick from the recent incidents of violence.”

“The challenge is to affect change at the root cause. It is not a coincidence that the discussion of mental health is paramount. We have to do more and find avenues that destigmatize and make more readily available mental and behavioral health services,” he said, according to CNN.

But in recent days, other states such as Oklahoma, Nebraska, and Utah have done the exact opposite.

Oklahoma Gov. Kevin Stitt signed a bill last week that made Oklahoma a Second Amendment sanctuary state, joining a growing number of states to have done so in recent days amid White House and Democratic proposals to enact more gun control measures.

Stitt, a Republican, signed the legislature-passed bill and wrote on Twitter, “As of today, Oklahoma is officially a 2nd Amendment Sanctuary State.”

“The State Legislature hereby occupies and preempts the entire field of legislation by the federal government, any agency of this state or any political subdivision in this state to infringe upon the rights of a citizen of the State of Oklahoma, the unalienable right to keep and bear arms as guaranteed to them by the Second Amendment of the United States Constitution,” according to the text of the bill (pdf), which was authored by state Rep. Sean Roberts.

In mid-April, Nebraska Gov. Pete Ricketts signed a proclamation that designates his state as a Second Amendment sanctuary state.

“Nebraska has always been a state that has supported our Second Amendment rights,” Ricketts said, according to a video of the signing event. “As a symbol of that support, I am signing a proclamation declaring Nebraska a Second Amendment sanctuary state, and with my signature, it will become official.”