Donald Trump: 2020 Election Will Be Known as ‘The Big Lie’ 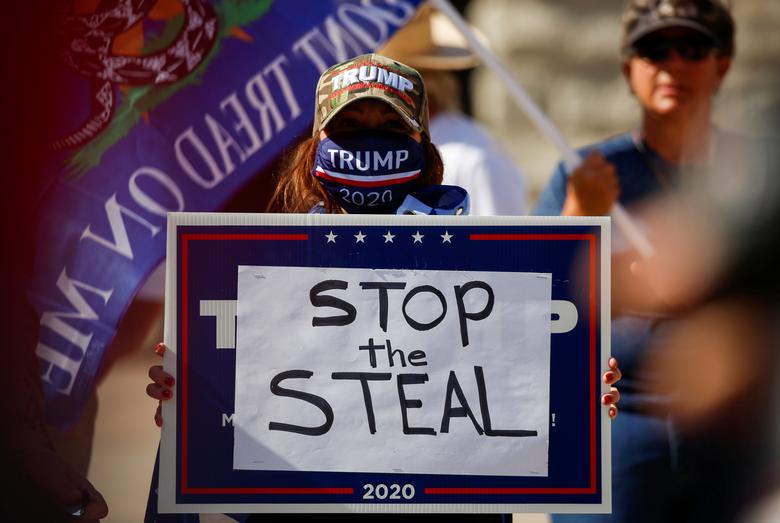 Former President Donald Trump shot back at opponents and the mainstream media Monday, saying the 2020 election result forever will known as “The Big Lie.”

“The Fraudulent Presidential Election of 2020 will be, from this day forth, known as THE BIG LIE!” Trump wrote in a statement from his Save America PAC.

The mainstream media has called Trump’s claim the 2020 election was stolen due to voter fraud as “the big lie.”

Rep. Liz Cheney, R-Wyo., one of 10 House Republicans who voted to impeach Trump on incitement of insurrection in the storming of Capitol on Jan. 6, blasted the former president for his statement.

“The 2020 presidential election was not stolen. Anyone who claims it was is spreading THE BIG LIE, turning their back on the rule of law, and poisoning our democratic system.”

Trump has vowed to endorse any 2022 GOP midterm primary candidate who runs against Cheney, the No. 3 Republican in the House.

Facebook also announced Monday it would decide the fate of Trump’s account, which was suspended after the storming of the Capitol.

Trump last week called the 2020 election a “disgrace to our country.” He said, “at 10:30 in the evening, everyone thought the election was over and that we had won. All of a sudden, late in the night, they closed up the tabulation centers and they came out with new numbers. This election is a disgrace to our country. And the whole world knows it and they’re watching.”

“The polls show it and everybody wants me to do it: 100% I’m thinking about running and we will I think be very successful,” Trump told Fox Business. “We were very successful.”

The former president pointed out, in the 2020 election, he “got 12 million more votes than the first time [when winning in 2016] which very rarely happens for a president. I got the largest number of votes in the history of our country for a sitting president. And I was told, if I got 66 million, you couldn’t lose. I got 75 million.”

Also last week, Trump said Democrats fighting an audit of Arizona’s election results not only was an admission of using “unconstitutional” election processes, but showed the Democratic Party “has gone absolutely insane.”

He stressed transparency through an independent audit should be a good thing for American democracy.

“The radical left Democrat Party has gone absolutely insane in fighting the forensic audit of the 2020 presidential election Scam right now taking place in the Great State of Arizona,” Trump wrote in a statement to Newsmax from his Save America PAC. “They sent a team of over 100 lawyers to try and stop it because they know what the result of the Arizona Senate sponsored audit will be — and it won’t be good for the Dems.”

The Arizona state Senate used its subpoena power to take possession of all 2.1 million ballots in Maricopa County and the machines that counted them, along with computer hard drives full of data.