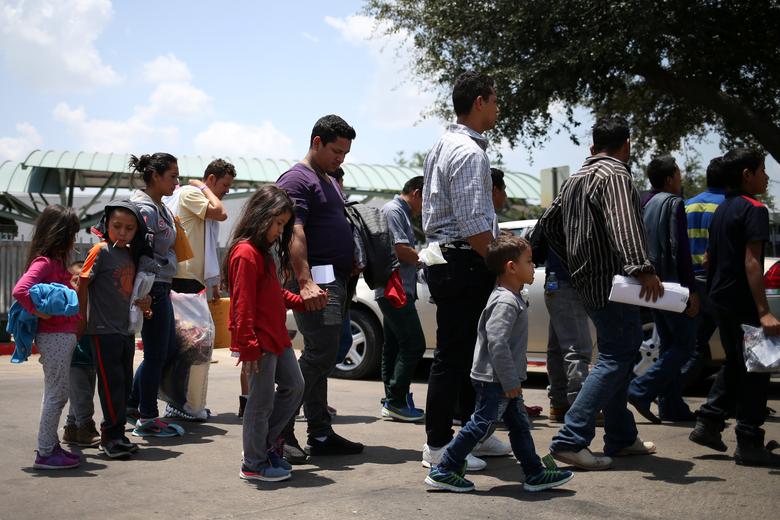 Department of Homeland Security (DHS) Secretary Alejandro Mayorkas announced Monday he will use an obscure migration rule — humanitarian parole — to import families into the United States because a parent was temporarily separated from one of their children by Donald Trump’s immigration enforcement policies against illegal migration.

Despite this announcement, open-border activists say it is not sufficient because the humanitarian parole status is technically temporary.

Describing Trump’s policy to secure the U.S. border with Mexico with a wall and an agreement with Mexico to keep migrants in that country while their refugee claims were being litigated as one of Trump’s “most widely condemned legacies,” Forbes magazine reported.

Four families will be “reunited” when parents are brought into the U.S. to be with their children later this week, according to the report:

Among them is at least one child who was separated from their parent at age three, as well as “teenagers who have had to live without their parent during their most formative years,” according to Mayorkas.

Though he didn’t identify the families, Mayorkas said two of them—one Honduran and another Mexican—were separated in late 2017 as part of a pilot program for the “zero tolerance” policy former President Donald Trump instituted a year later.

The parents will be returned to the U.S. on humanitarian parole for the reunifications while authorities consider longer-forms of legal status, explained Michelle Brane, the executive director of the Biden administration’s Family Reunification Task Force.

CBS reported on a call Mayorkas had with reporters on Sunday when he called Trump’s policies a “tragedy:”

“The first families reuniting this week are mothers. They are sons. They are daughters. They are children who were three-years-old at the time of separation. They are teenagers who have had to live without their parents during their most formative years,” Mayorkas added.

“We are very excited that these parents will finally be able to hug their children after years of forced separation,” Lee Gelernt, the American Civil Liberties Union (ACLU) lawyer representing separated families in a federal court case, told CBS News. “But we are not about to celebrate given that there are thousands of families who need help.”

“Our team is dedicated to finding every family and giving them an opportunity to reunite and heal,” Mayorkas said.