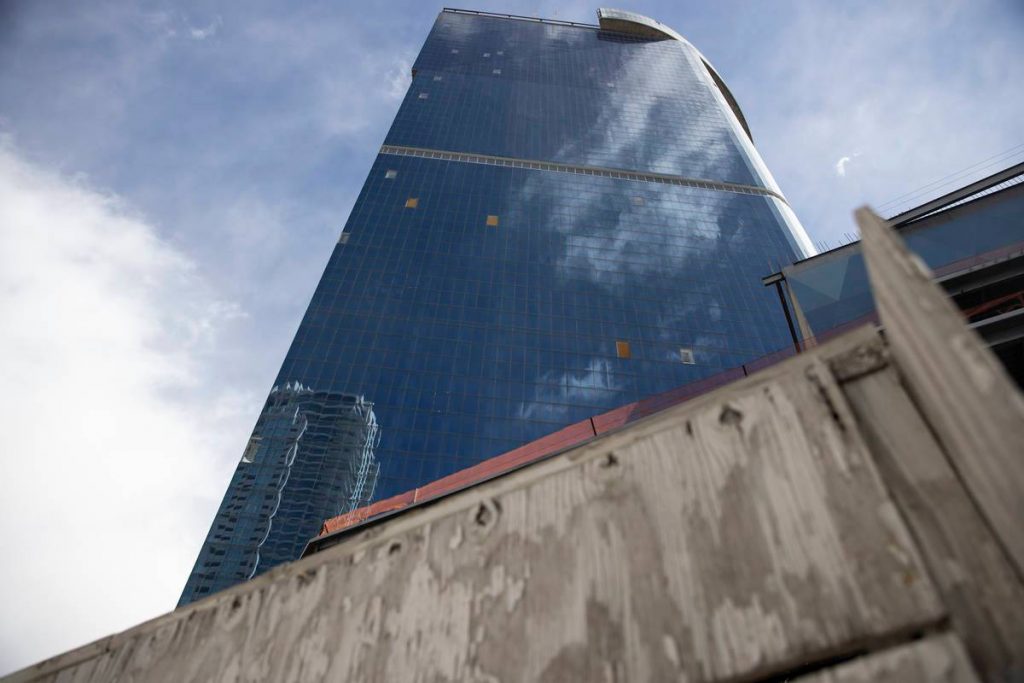 Buyers could grab 140 acres a half-mile from the soon-to-open casino — for just $550 per acre.

Of course, property values on the Strip are infinitely higher now, even when the 1946 offering is adjusted for inflation, as it amounts to a paltry $7,141 per acre. But in the past year, after the pandemic turned Las Vegas Boulevard into a ghost town for a while and sank the tourism industry, the fallout from the outbreak has, for the most part, not been kind to the roadway’s real estate market.

In the most recent property swap, Rhode Island casino operator Bally’s Corp. announced Tuesday it is buying the Tropicana.

As part of the deal, it will lease the land under the resort from the seller, Gaming and Leisure Properties, for an “initial” term of 50 years at $10.5 million in annual rent.

All told, Bally’s says the Tropicana buyout is valued at about $308 million.

It’s a huge sum by any measure but still below the hotel-casino’s $360 million sales price in 2015.

The recent deal follows a far more lucrative one announced last month. Investment firm Apollo Global Management and casino landlord Vici Properties reached a deal to purchase The Venetian, the Palazzo and the Sands Expo and Convention Center for about $6.25 billion from casino operator Las Vegas Sands Corp., which is exiting the Strip with the sale and focusing more on Asia.

That deal, however, followed the February acquisition of the unfinished former Fontainebleau, a long-stalled product of the mid-2000s construction craze, through a process that lets people transfer ownership of financially distressed real estate while avoiding foreclosure.

Not long before that skyscraper changed hands, a mortgage lender acquired around 27 acres of mostly vacant property along the north and south edges of the Strip through the same sort of process, known as a deed in lieu of foreclosure.

And last summer, a bankruptcy judge approved plans for an investor to pick up nearly 20 acres across from Mandalay Bay, including the abandoned SkyVue observation-wheel project, with a $75 million credit bid.

Creditors had worried about selling the spread during the early turmoil of the pandemic, though SkyVue had problems long before the coronavirus outbreak.

With two giant concrete columns sticking out of the ground, the partially built project has blighted the boulevard for years.

Selling vacant land on the Strip was no easy task even before the pandemic, given the high asking prices and the difficulty in financing a major resort project, though Las Vegas did have a string of blockbuster casino sales before the coronavirus outbreak.

Still, the deals this past year should come as no surprise, given the pandemic’s swift and severe economic fallout.

After Gov. Steve Sisolak ordered casinos and other businesses closed to help contain the virus’s spread, the Strip turned into a surreal site of barricaded resort entrances and empty sidewalks. At one point, one in every three people in the valley was out of work.

Resorts and other businesses later reopened, and Las Vegas has seen a big influx of tourists lately. Still, visitor levels and gambling revenue plunged last year, and the valley’s unemployment rate, despite falling from its stratospheric highs, remains elevated.

An estimated 9.3 percent of Las Vegas’ workforce was unemployed as of February, third-highest in the nation among large metro areas, federal data shows.

The casino real estate sector has by no means been wiped out during the pandemic. Circa opened, marking downtown’s first newly built resort in four decades. Virgin Hotels Las Vegas also debuted last month after its roughly $200 million transformation from the Hard Rock Hotel, and after its owners twice delayed the off-Strip property’s opening because of the pandemic.