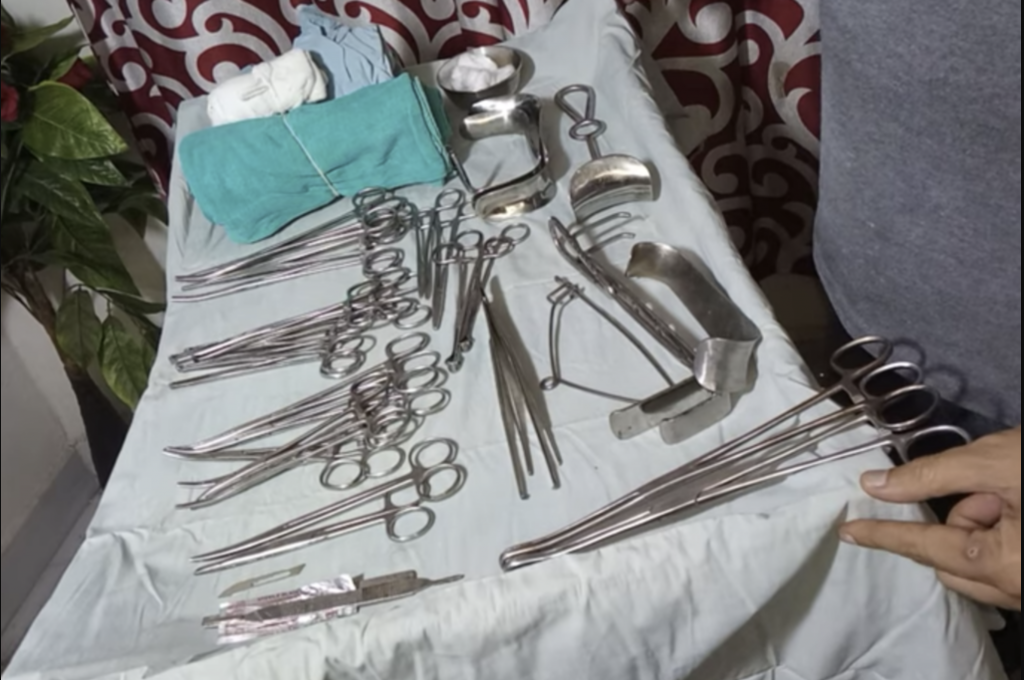 While Americans may be used to hearing pro-lifers beat the warning drum on abortion groups harvesting baby bodies and selling them for research, (who hasn’t heard of the lawsuit against David Daleiden, who exposed Planned Parenthood haggling over baby lungs and livers at dinner parties?) this time, the U.S. government was the one trafficking baby parts.

Recent emails uncovered by Judicial Watch between FDA employees and the California-based Advanced Bioscience Resources (ABR) prove the agency spent tens of thousands of dollars buying aborted babies for unethical scientific experiments between 2012 and 2018. In 2018, the Trump administration terminated the contract, halting government fetal tissue research due to concerns the contracts were unlawful. Judicial Watch’s new FOIA Request adds 575 pages of records to its existing 2019 lawsuit against the agency.

This is not the first time ABR has been in the spotlight, as the company was under congressional investigation for its long-standing involvement in fetal tissue trafficking. One of the oldest fetal tissue procurement firms, the company makes millions every year by harvesting organs like lungs, livers, eyeballs, and brains from aborted babies and re-selling them at a profit.

Emails between FDA officials and ABR employees reveal disturbing conversations as they collaborate to buy and sell aborted fetuses. Records indicate ABR was paid $12,000 upfront per baby, some survivable out of the womb, between the gestational age of 16-24 weeks. Most purchases are for intact thymuses and livers shipped “Fresh; on wet ice.”

With the callousness of picking a cut of meat from a butcher shop, an FDA doctor requests tissue samples be procured from a baby boy, as they claim “It is strongly preferred to have a male fetus if at all possible … [but] undetermined sex or female is better than no tissue.”

Even more appalling is an ABR employee complaining about the difficulty of identifying the sex of aborted babies. “We only check external genitalia and if it’s not there … we have no way of telling.” The fact techs are unable to identify the sex of aborted babies is no surprise to those familiar with the barbaric nature of abortion procedures, which require clinic staff to piece together mangled remains of babies after their limbs and organs are torn apart.

As if these casual orders weren’t horrific enough, more emails confirm that the FDA bought organs of babies who were aborted well after 20 weeks gestation, after the time a baby usually can survive outside the womb. If nothing else, this confirms the reality of late-term abortions in the United States, which pro-abortion cheerleaders have denied for decades.

When an ABR employee reassured the FDA they were working with doctors who performed late-term abortions, he admitted some tissue was unusable from a procedure that injects a poison called digoxin into the baby, destroying its cells and tissues. Once the chemical has done its work, an intact, dead baby is delivered. This method makes fetal tissue specimens unusable in experiments; with digoxin off the table, the likelihood partial-birth abortions were used is sickeningly high.

These conversations should shock even those who are pro-abortion, most of whom believe in significant term restrictions. Babies at this level of development possess all characteristics necessary for surviving life outside the womb and premature children born as young as 21 weeks go on to lead healthy, thriving lives.

An Atrocity Against Human Dignity

These gruesome excerpts are just a sample of records substantiating the 2019 lawsuit Judicial Watch filed against HHS, which houses the FDA. In March this year, a federal court ordered the agency to release records it withheld about purchasing organs of aborted babies, saying it found “reason to question” the transactions violated federal law.

The court’s decision found that the U.S. government bought second-trimester livers, thymuses, brains, eyes, and lungs for hundreds of dollars apiece from ABR, stating ABR could collect “over $2,000 on a single fetus it purchased … for $60” and “the federal government participated in this potentially illicit trade for years.”

Americans should be outraged their government participates in the wide-scale human trafficking operation that created a market for harvesting the organs of murdered infants. In no humane society could such a violation of the human body and dignity occur, in which babies’ eyes are “harvested immediately upon death,” organs marketed based on sex, and personhood attributed to mice but not children.

Until demanded otherwise, our society is complicit in the unchecked abuse and commodification of preborn children. Moral urgency is incumbent on us to condemn these atrocities sanctioned by the federal government’s lead medical researchers and fight to stop them. We may lose more battles before we win, but we cannot say we never knew.

Edie Heipel works at the Center for Renewing America. She previously worked at the White House Office of Management and Budget under President Trump.
Photo YouTube
RELATED:

The report indicates that most purchases are for intact thymuses and livers shipped “Fresh; on wet ice.”

“These body parts, purchased by the U.S. Food and Drug Administration to “humanize” mice and test biologic drugs in scientific experiments, came from babies up to 24-weeks-old gestation, just weeks from being born,” reported Edie Heipel. It has previously been reported that abortion groups harvested aborted babies for research. However, this new report has sparked outrage among Americans upon the revelation that the US government is the entity responsible for the trafficking of the aborted babies.

“Recent emails uncovered by Judicial Watch between FDA employees and the California-based Advanced Bioscience Resources (ABR) prove the agency spent tens of thousands of dollars buying aborted babies for unethical scientific experiments between 2012 and 2018. In 2018, the Trump administration terminated the contract, halting government fetal tissue research due to concerns the contracts were unlawful. Judicial Watch’s new FOIA Request adds 575 pages of recordsto its existing 2019 lawsuit against the agency,” wrote Heipel.

Email correspondence between the FDA and ABR highlight discussions about the aborted baby harvesting. “I am enclosing my signed application for tissues. I have received a copy of the contract that was completed and you should be prepaid for $12K of tissue purchases,” said Dr. Kristina Howard in the publicly released email. “We will be using fetal liver and thymus to isolate CD34+ hematopoietic stem cells (HSC) and to implant fetal liver and thymus tissues into severely immune compromised mice. (NSG, NRG, etc.). Additionally, the mice are transplanted with HSC isolated from the same donor tissue, resulting in a bone marrow/liver/thymus (BL T) humanized mouse. This procedure permits the full reconstitution of a human immune system in a mouse and will permit us to test biologic drug products in these mice.” The report indicates that most purchases are for intact thymuses and livers shipped “Fresh; on wet ice.”

When Infowars host Alex Jones pointed out that the US government was partaking in the trafficking of aborted baby flesh about 57 minutes into Joe Rogan’s podcast, Newsweek brushed it aside by calling it “misinformation about abortion that has been promoted by Republicans.” However, this new report appears to prove Jones right.

BuT iT's A CoNsPiRaCy ThEoRy pic.twitter.com/ds5E47CpoC

Jones was proven right yet again just two days ago, after US and Chinese scientists admitted that they had successfully created human-monkey embryos, as National File reported.

“The study signifies the next step in the development of human-animal chimeras as scientists search for new ways to cure disease. Researchers in the US and other countries have been injecting human stem cells into sheep and pig embryos, with little success. Instead, researchers injected 25 human induced pluripotent stem cells, typically called iPS cells, into embryos from macaque monkeys, which have a closer genetic resemblance to humans.

The researchers reported that they were able to detect human cells growing in 132 of the embryos after the first day of the study. This allowed them to study the embryos for up to 19 days.”