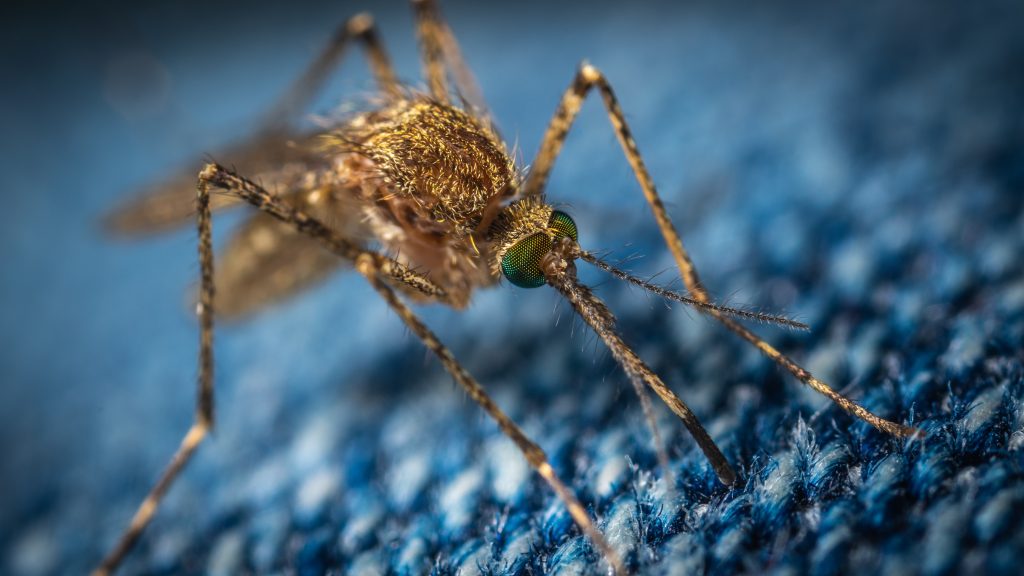 Dr. Manny Alvarez answers if mosquitoes can be a carrier of coronavirus and transmit the illness to another person

In an effort to fight insect-borne viruses like Zika, dengue fever and malaria, genetically modified mosquitoes are set to be released in the Florida Keys.

U.K.-based biotechnology company Oxitec has partnered with the Florida Keys Mosquito Control District in an effort to control the invasive and disease-spreading female Aedes aegypti mosquitoes in the region.

Oxitec’s male mosquitoes — which don’t bite, unlike the recently-discovered yellow fever-carrying Aedes scapularis mosquitoes — will be introduced in small areas in a select number of neighborhoods between mile markers 10 and 93 in the Keys.

The project, Oxitec hopes, will be successful in passing what Oxitec Head of Regulator Affairs Dr. Nathan Rose calls a “self-limiting” gene from its genetically modified males to their wild mates, ensuring future offspring do not mature into adulthood and reducing the population.

Rose told Fox News on Friday that this project will be critical as the U.S. sees mosquito-borne disease “actually becoming a problem” more and more, citing locally transmitted Dengue Fever outbreaks in the Keys and the Zika virus crisis in Summer 2016 that the U.S. Centers for Disease Control and Prevention (CDC) said infected 29 persons within a 6-block area forcing them to aerial spray to control mosquitoes.

While more than 7,300 Dengue cases were reported in the U.S. between 2010 and 2020 — cases are largely contracted outside the U.S. — there were 71 cases that were transmitted locally in the Sunshine State, according to the CDC.

“So, mosquito-borne disease is a thing in the U.S., and it’s likely to get worse in the future as a result of climate change [and] as these mosquitoes kind of move farther and farther north from the Gulf Coast into more and more of the continental U.S.,” Rose told Fox News. “So, the diseases are a big problem because these particular diseases don’t have any effective vaccines or medications to treat them [and] the only way to control them is actually to control the mosquitoes that spread them…”

Although the final agreement and approval were announced just last year, this is not Oxitec’s first rodeo.

The company claims a trial of Oxitec’s Aedes aegypti technology in Brazil and a 2016 test in the Cayman Islands were successful and did not “persist in the environment or cause harm to beneficial insects,” according to its website.

“Recent similar demonstration projects in the Brazilian city of Indaiatuba found that Oxitec’s mosquito suppressed disease-carrying Aedes aegypti by up to 95% in urban, Dengue-prone environments following just 13 weeks of treatment, as compared to untreated control sites in the same city,” it wrote.

Rose said their aim in the U.S. is to demonstrate that their male mosquitoes perform just as well on American soil as they have “been shown to do in other countries” just on a “small scale.”

“And then, once we’ve done that — once we have the data from that — then we have to go to the U.S. regulatory agencies to actually get a commercial registration to be able to release these mosquitoes more broadly within the United States,” he explained.

Rose said while the company plans to commence with its endeavor — using what they call “just-add-water technology” — “pretty soon” using a “phased rollout,” it is currently monitoring the mosquito population in the area.

“So, what we do first: the first phase of the project is really just releasing mosquitoes from a few single locations. And, what we want to look at there is how far are they flying and how long are they living in the environment in the Keys?” he asked. “And then, once we have the information from that, then we’ll move on to small neighborhood releases where we will release the mosquitoes over a neighborhood of maybe say 15 acres or something like that. And then, what we’re looking at is the impact of those mosquitoes in actually making effectively report the wild mosquitoes throughout that neighborhood.”

Regulatory approvals for the first phase have already been provided by the U.S. Environmental Protection Agency, Centers for Disease Control and Prevention and multiple Florida state agencies, including the Department of Health and Department of Agriculture and Consumer Services.

In August 2020, the Keys mosquito control district’s board of commissioners approved the agreement for the 2021 release. Oxitec says an independent evaluation of the project will be provided by the CDC, University of Florida’s Medical Entomology Laboratory, Monroe County Department of Health, and local leaders.

The EPA, which completed a risk assessment and opened the discussion up to the public, approved an experimental use permit and determined after its review of pertinent information surrounding the manufacturing, production, quality assurance processes and standard operating procedures that the agency could “support a finding of no unreasonable adverse effects to man and the environment during the proposed EUP.”