Morning Report: Why Gloria Wants Homeland Security Out of SDPD 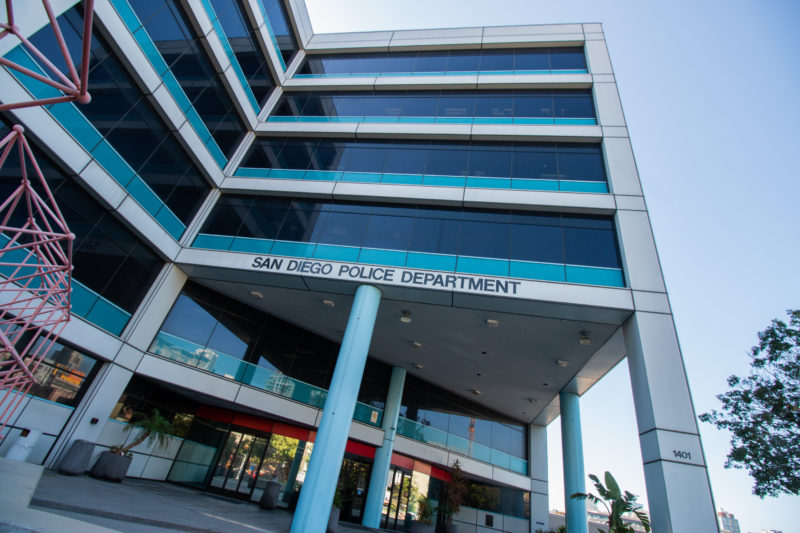 Mayor Todd Gloria announced last week a series of police-related reforms, garnering news coverage and attention, but one change flew a bit under the radar.

Among Gloria’s changes was the decision to reorganize the city’s Office of Homeland Security so it no longer answers to SDPD, putting civilians in charge rather than police.

Jesse Marx took a closer look at the move, which was itself a reversal of a decision by former Mayor Kevin Faulconer just a few years ago.

It means Homeland Security will focus on emergency preparedness and anti-terrorism, while SDPD emphasizes its role in the community.

A former Faulconer staffer now running for City Council said this was always the best arrangement, and couldn’t think of another city in which the police department oversees Homeland Security. It’s important, in part, because it determines who oversees up to $20 million a year from the federal government used to purchase tactical gear and surveillance equipment. Until recently, the group that made those decisions did so in private.

“In other words, Faulconer’s decision to fold the Office of Homeland Security into SDPD effectively made SDPD the fiduciary agent for the entire region when it comes to the purchasing of equipment and overseeing the allocation of dollars for training and staff,” Marx writes.

Gloria on Thursday released a budget proposal that calls for bolstered funding for homelessness, the struggling Convention Center and community recovery efforts while also cutting police overtime and library hours.

Gloria’s first budget proposal as mayor was far less dire than predicted earlier this year before the city received more than $300 million from the American Rescue Plan. He relied on $141.3 million in stimulus funds to address a pandemic-tied budget crisis. Gloria’s budget proposal also envisions deploying $51 million in aid to address this year’s budget issues and setting aside more money to address future deficits.

Gloria’s proposal for the fiscal year beginning in July includes a $4 million cut in police overtime and invests $1.4 million in the Commission on Police Practices, an independent oversight board created by a 2020 ballot measure.

Gloria also wants $22.1 million in salary increases for city employees who have long argued that their pay has fallen far behind counterparts in other cities, and $10 million for street repairs in the city’s historically underserved neighborhoods.

The mayor also agreed to the Convention Center Corp.’s request for an additional $10.2 million subsidy to help balance the corporation’s budget and allow it to retain staff needed for conventions the city hopes will return later this year.

The Union-Tribune broke down various other aspects of Gloria’s budget proposal, including small business aid and the revenue projections his team relied on to build this year’s budget.

What’s next: The mayor is set to present the budget to the City Council on Monday. City Council members will preside over a series of budget hearings starting May 5. Later next month, Gloria will release a revised budget proposal and the City Council will get to recommend additional changes before ultimately voting on the budget in June.

Elo-Rivera: Time for a Homelessness Moonshot

One month after a driver allegedly killed three homeless people by driving over a sidewalk under an overpass where they were sleeping to avoid the rain, Councilman Sean Elo-Rivera argues it’s time to take stock of what the region has done to combat its persistent homeless crisis.

Those lives lost should be the end of San Diego’s acceptance of the current state of affairs, he argues in a new op-ed.

In place of that acceptance, he says the city should set a moonshot goal: end chronic homelessness by 2024, and cutting the chronic homeless population in half by the end of the year.

The ticket to both, he said, is taking advantage of the Biden administration’s policy of providing full reimbursement for providing certain types of new shelter.

The Morning Report was written by Lisa Halverstadt and Andrew Keatts, and edited by Sara Libby.