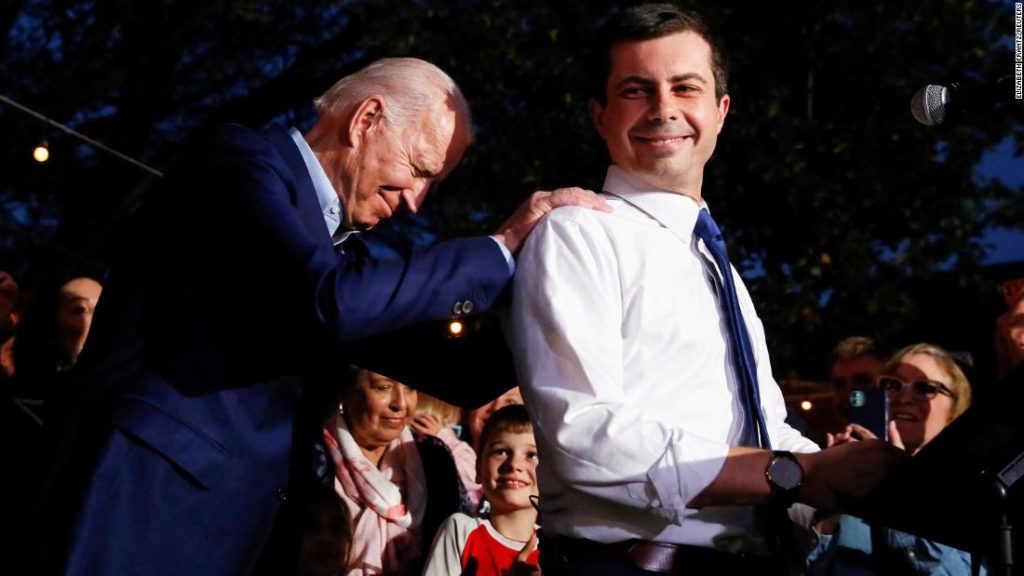 Transportation Secretary Pete Buttigieg declined Sunday on CNN’s “State of the Union” to rule out adding a path to citizenship for DREAMers to President Joe Biden’s $2 trillion infrastructure package.

Anchor Jake Tapper said, “House progressives are calling you to include a path to citizenship for DREAMers in the legislation. Again, I understand this is a principle you think that is worth fighting for. Is that infrastructure?”

Buttigieg said,  “That’s not in the plan that we have put forward. Of course, we need to support DREAMers. That’s important as a policy matter in this country. Now, we’re getting into the season where there is going to be a lot of push and pull on. You know how things move in different forms in terms of legislative packaging. That’s what this negotiating process will produce. But the important thing, as the president has repeatedly said, is we can’t do nothing. We can’t wait any longer, and when it comes to this infrastructure package, The American people are ready to go. We have been ready to go for years and years. I think this is the third administration to arrive with the American people clamoring for something to happen on infrastructure. I think this time we can get it done.”

Tapper pressed, “Are you ruling out including a path for citizenship for DREAMers in the infrastructure bill?”

Buttigieg said,  “Again, that’s not in the plan that the president has put forward. I will say that we’re hearing a lot of ideas from across the aisle and within our caucus on you know what to do about the pay-fors, different shapes that the infrastructure package and the transportation infrastructure can take. I think you will find the president is ready to listen to these ideas that are going to come up, for example, in tomorrow’s meeting. But we can’t just sit here. We’ve got roads and bridges deteriorating by the day. America is not in the top 10 when it comes to transportation infrastructure —  areas that I work on the most. We got to get something done.”

Tapper said, “So I’ll interpret that as your mind is opened as to what else might be in the package.

Energy Secretary Jennifer Granholm on ABC’s “This Week” on Sunday called infrastructure” something that “evolves to meet the American people’s aspirations” when questioned about President Biden’s $2 trillion infrastructure package.

Granholm said, “What is infrastructure? Historically, it’s been: What makes the economy move? What is it that we all need to ensure that we, as citizens, are productive? So, we need roads. We need bridges. We need transmission. You need lights in people’s homes and offices. You need to make sure that people can actually go to work if they have an aging parent or a child.”

She continued, “As the president said this week, that infrastructure evolves to meet the American people’s aspirations. And it’s not static. In 1990, we wouldn’t have thought that broadband was infrastructure because it wasn’t on the scene yet. But we, of course, need broadband in every pocket of the country.

She added, “We don’t want to use past definitions of infrastructure when we are moving into the future and, by the way, when other countries are investing significantly in their infrastructure to overcome us. Research and development, that’s also part of a manufacturing infrastructure that we have seen go. We’re at a 70-year low in terms of manufacturing jobs as a percentage of the economy.”