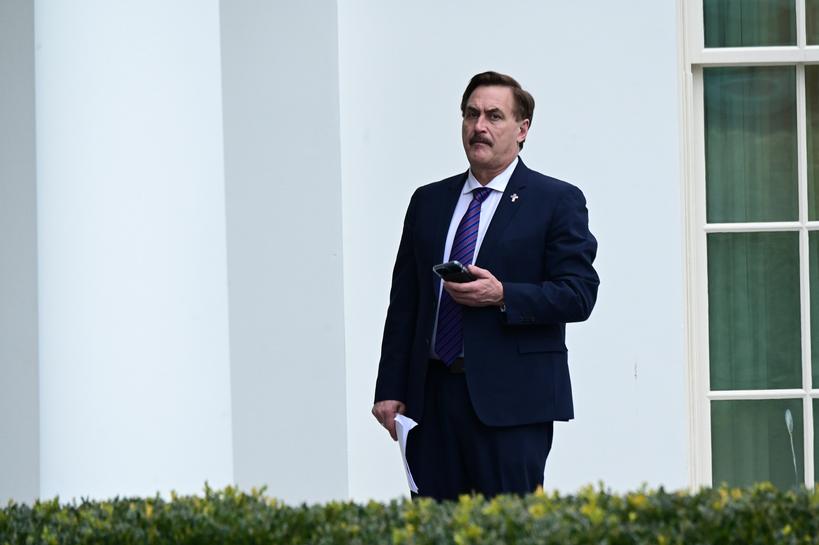 My Pillow CEO Mike Lindell said that he has employed private investigators to probe into Fox News because the outlet, according to him, rejected the idea of reporting on election fraud.

He expressed suspicion about the channel’s unwillingness to take him on to talk about allegations of voter fraud software and hardware corporations, reported OANN.

Lindell said last month that the leaders of Facebook and Twitter would face imprisonment, adding that they were involved in “criminal activity.”

“I’ve hired private investigators and I’ve spent a lot of money on them to investigate everything,” Lindell said on Steve Banon’s WarRoom.

“The bots and trolls, who’s behind them? Why is Facebook involved, Wikipedia involved? And then the big question: Why isn’t Fox having people on? Why isn’t Fox on there talking about Dominion and Smartmatic and the election?”

Lindell, in response to Big Tech censorship, is launching a social media website that will be able to handle over a billion users.

“I believe it will handle upwards of a billion. If it doesn’t, we will get to that capacity. I don’t think that’s exaggerated, by any means,” Lindell told The Epoch Times last month.

The website would be a direct competitor of Parler and Gab, platforms that have attracted supporters of former President Donald Trump. Corey Lewandowski, a former senior adviser with Trump’s 2020 campaign, has said that Trump will be launching his own social media platform in three to four months.

Trump, who has been suspended by Twitter and Facebook, said in February that Twitter has “become very boring,” adding that “millions of people are leaving” the platform.

The platform, which is described as a mix of YouTube and Twitter, will be known as “Frank,” and boasts the slogan “the voice of free speech.” It currently has an inoperational landing page.

“It’s going to be the safest, secure platform. I built it expecting to be attacked,” Lindell told The Epoch Times.

“The only reason for the delay is, I actually added six more servers in another location. I really want redundancy, so I’ve got three different U.S. locations and another hidden one. So I’ve got—if anybody went out there to physically damage my stuff, I wanted a fourth location, so that was very important to me.”