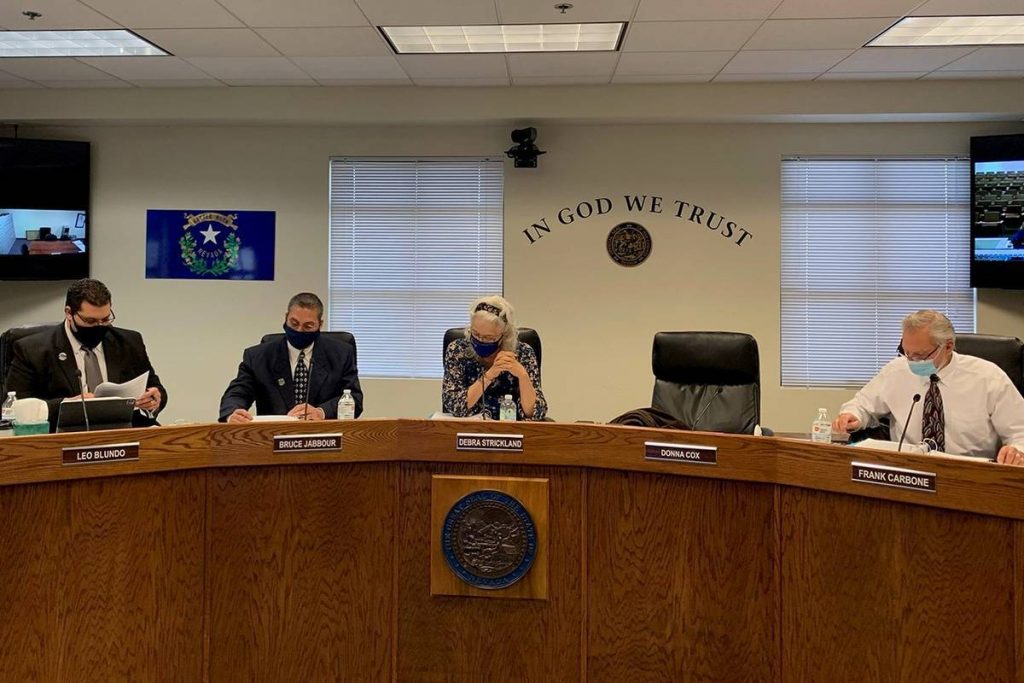 The Nye County Commission voted unanimously Tuesday to direct county staff to allow businesses to operate at 100 percent capacity, fully open all county and town offices and no longer mirror the state’s mandate on mask use.

The commission will review a reopening plan at its next meeting on April 20.

The state is set to hand control of most, but not all, of its mitigation mandates over to local governments on May 1. The county’s agenda item said it “will not violate a citizen’s Constitutional right if wearing a mask is against their religion, or they are exempt per the governor’s directives.”

A statewide mask mandate remains in effect and will continue even after May 1, according to Gov. Steve Sisolak’s spokeswoman, Meghin Delaney.

“The State’s COVID-19 Mitigation and Management Task Force, under the leadership of Nevada’s COVID-19 Response Director Caleb Cage, has been working with counties as they prepare their plans for the transition to local authority on May 1 based on the State’s Roadmap to Recovery plan. Nye County has been participating in these meetings with the State,” Delaney said in a statement.

”The local plans for the transition will be submitted for further discussion and consideration by the task force in the coming weeks,” Delany added. “As laid out in the State’s Roadmap to Recovery plan, statewide directives that will remain in place to mitigate the spread after May 1 will include face masks.”