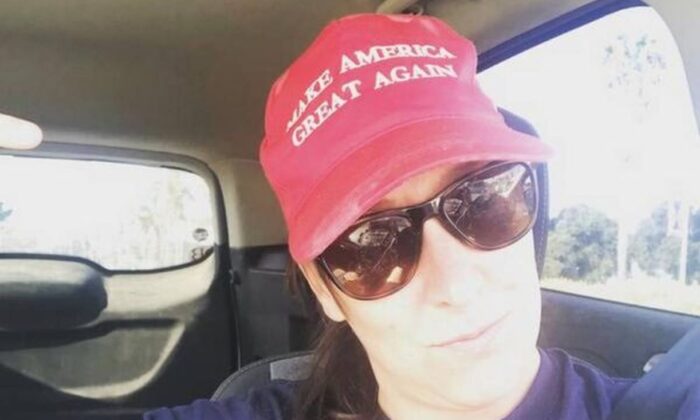 The District of Columbia Office of the Chief Medical Examiner on Wednesday released the official cause of death for four people who died during the Jan. 6 Capitol breach, ruling that protester Ashli Babbitt’s manner of death was a homicide.

Chief Medical Examiner Dr. Francisco J. Diaz said the cause of death for Babbitt, 35, was a gunshot wound to the left anterior shoulder. Her manner of death was ruled homicide, his office said.

Authorities previously said Babbitt was shot by a police officer as she allegedly attempted to climb through a door window inside the Capitol building. The name of the officer has not been disclosed by local or federal authorities.

“Homicide” is one of the five categories medical examiners use to label manners and causes of death. Gregory G. Davis, the president of the National Association of Medical Examiners, told Time magazine years ago that it indicates merely “someone’s intentional actions led to the death of another person.” The other labels are natural, accident, suicide, and undetermined, Davis said.

Video footage that was uploaded online during the day of the breach showed Babbitt, a former U.S. Air Force service member, being shot by an officer through a door.

A lawyer for Babbitt’s family didn’t return a voicemail. U.S. Capitol Police did not respond to a request for comment.

The attorney for the Capitol Police officer who shot Babbitt told news outlets several weeks ago that assertions he didn’t issue a verbal warning before shooting is “a false narrative.”

“It’s a false narrative that he issued no verbal commands or warnings,” the lawyer, Mark Schamel, told Real Clear Investigations. “He was screaming, ‘Stay back! Stay back! Don’t come in here!’”

An unconfirmed report from the Wall Street Journal that cited anonymous sources said investigators in the shooting have recommended that the Capitol Police officer not be charged with a crime. However, the Department of Justice has not made a final decision on the case.

The medical examiner’s office released the cause and manner of death for three other protesters who partook in the breach.

Kevin Greeson, 55, died from hypertensive atherosclerotic cardiovascular disease and his manner of death was ruled as natural, according to the medical examiner’s office.

Benjamin Phillips, 50, also died from hypertensive atherosclerotic cardiovascular disease and his manner of death was natural, the office said.

Roseanne Boyland, 34, died from acute amphetamine intoxication and her manner of death was ruled as an accident, the office added.

Capitol Police Officer Brian Sicknick’s cause and manner of death were not disclosed.

“The cause and manner of death for Capitol Police Officer Brian Sicknick are pending,” the medical examiner’s office stated. It came after initial reports from the New York Times and CNN that said Sicknick was bludgeoned to death with a fire extinguisher by pro-Trump protesters—an allegation that was disputed by his family before those news outlets issued updates on the claim weeks later.

On March 15, officials confirmed two suspects were arrested and charged with assaulting Sicknick on Jan. 6. Julian Elie Khater, 32, of State College, Pennsylvania, and George Pierre Tanios, 39, of Morgantown, West Virginia, were taken into custody on March 14 in connection with the incident, the Department of Justice said in a statement.

Khater and Tanios were allegedly observed in video footage on Jan. 6 “working together” to try to assault law enforcement officers “with an unknown chemical substance,” before spraying the officers in the eyes and face, according to the DOJ release.