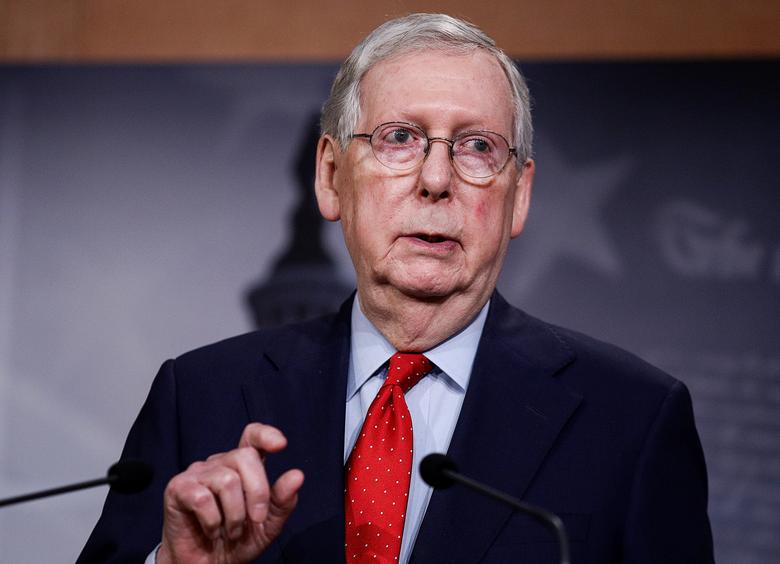 “I didn’t say that very artfully yesterday,” McConnell replied when asked about his comments. “They’re certainly entitled to be involved in politics. They are. My principal complaint is they didn’t read the darn bill.”

McConnell walks back telling businesses to "stay out of politics" yesterday: "I didn't say that very artfully yesterday. They are certainly entitled to be in politics. They are." pic.twitter.com/cG7BNqkgdZ

Georgia’s law is designed to prevent voter fraud in the state’s elections by requiring voters to submit ID for mail-in voting and reducing the use of ballot boxes. In response to the law, Major League Baseball has moved its 2021 All-Star Game from Truist Park in Atlanta to Coors Field in Denver due to the voter law, which will cost Cobb County an estimated $100 million in tourism revenue.

On Tuesday, McConnell said it is “stupid” for corporations such as The Coca-Cola Company, Major League Baseball, and Delta Air Lines to wade into hot-button political issues such as the Peach State’s voter reform law.

“It’s quite stupid to jump in the middle of a highly controversial issue,” McConnell said in his remarks in Kentucky.

“Republicans drink Coca-Cola too, and we fly and we like baseball,” the top Senate Republican continued. “It’s irritating one hell of a lot of Republican fans.”

“My warning, if you will, to corporate America, is to stay out of politics. It’s not what you were designed for,” he added, before noting: “I’m not talking about campaign contributions.”

On Monday, McConnell issued his sharpest statement on the controversy, accusing President Joe Biden and corporations of falling prey to a “fake narrative” and using “economic blackmail to spread disinformation” in Georgia.

“We are witnessing a coordinated campaign by powerful and wealthy people to mislead and bully the American people,” McConnell said in a statement. “The President has claimed repeatedly that state-level debates over voting procedures are worse than Jim Crow or ‘Jim Crow on steroids.’ Nobody actually believes this. Nobody really thinks this current dispute comes anywhere near the horrific racist brutality of segregation. But there’s an old cynical saying that ‘history is just the set of lies agreed upon.’ And a host of powerful people and institutions apparently think they stand to benefit from parroting this big lie.”

“Our private sector must stop taking cues from the Outrage-Industrial Complex. Americans do not need or want big business to amplify disinformation or react to every manufactured controversy with frantic left-wing signaling,” the Kentucky Republican added. “From election law to environmentalism to radical social agendas to the Second Amendment, parts of the private sector keep dabbling in behaving like a woke parallel government. Corporations will invite serious consequences if they become a vehicle for far-left mobs to hijack our country from outside the constitutional order. Businesses must not use economic blackmail to spread disinformation and push bad ideas that citizens reject at the ballot box.”