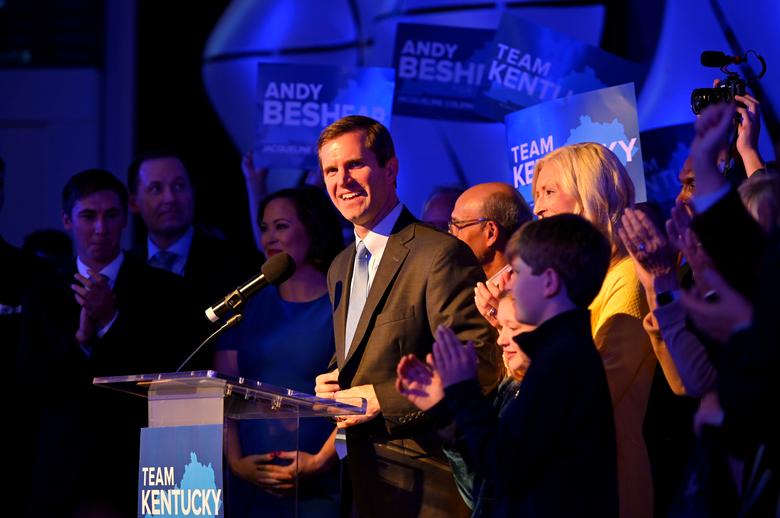 “We showed during this pandemic that we can vote in a safe way, that we can eliminate any concerns about fraud while expanding access so everyone can make sure that they can cast their ballot,” Beshear said. “While some states have stepped in a different direction, I am really proud of Kentucky.”

The bill cements parts of Kentucky’s pandemic election plan like maintaining voting supercenters and online absentee ballot request portals. But the legislation will also achieve a win for Republicans by cleaning the state’s voter rolls, as “Kentucky was under a federal consent decree to remove people from the voting rolls who had died or moved away,” the Lexington Herald-Leader reports.

“While other states are caught up in partisan division, here in Kentucky we lead the nation in both making it easier to vote and harder to cheat,” Secretary of State Michael Adams said.

The Kentucky state legislature in 2020 passed a measure to require voter ID while another bill blocked the governor and secretary of state from controlling voting procedures during an emergency. The New York Times admits Kentucky’s voting rules remain comparatively more tough than Georgia’s “no-excuse absentee voting” and “a much longer earlier voting period.”

State voter laws have become political pressure points in recent months after the 2020 election, where election irregularities were suspected, prompting the State of Georgia to take action by limiting the number and location of drop boxes, reforming voter ID requirements, and expanding early voting access statewide while modernizing the state’s voter rolls.

Since then, over 200 “woke companies” have voiced opposition to election integrity measures, including voter ID laws. Hypocritically, many of these companies require patrons to present an ID in order to access their products or services.

Major League Baseball has even relocated their All-Star Game from Atlanta to Denver, where, ironically, Coors Field is named after a “founder of the Heritage Foundation, Joseph Coors, the former president of Coors Brewing Company, who died in 2003 after setting up a legal foundation that challenged part of the Voting Rights Act,” Breitbart News reported Tuesday.