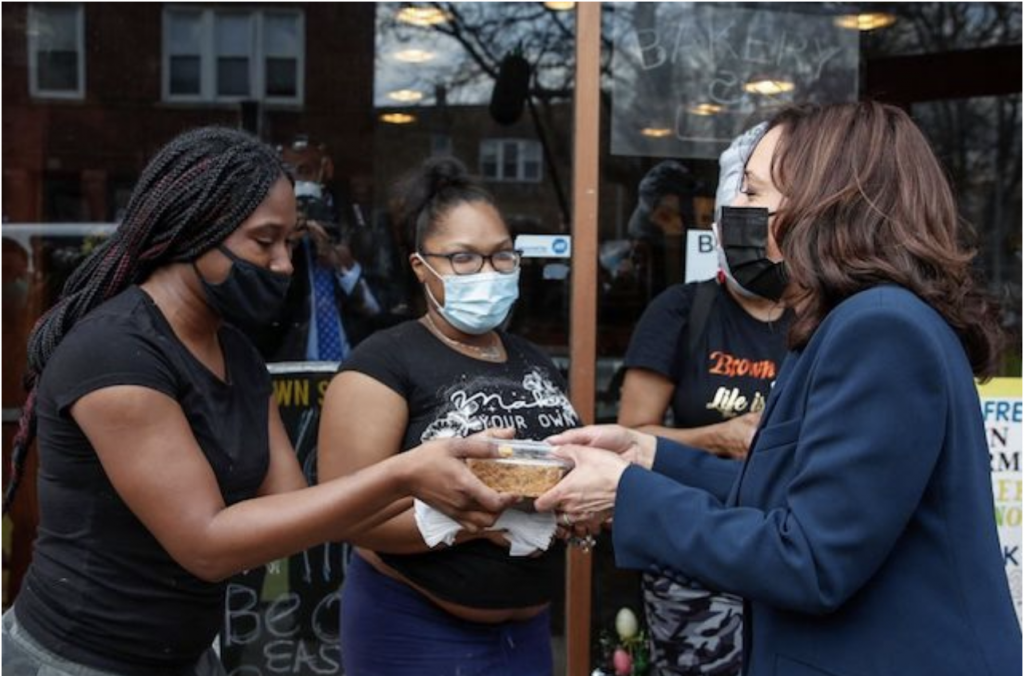 The White House defended Vice President Kamala Harris on Wednesday for traveling to Chicago this week despite being tasked by the president with leading on issues related to the border crisis.

White House press secretary Jen Psaki spoke about Harris’s visit to Chicago on Tuesday to promote Americans getting their coronavirus vaccination shots. During the visit, the vice president also stopped and got a piece of cake at the Brown Sugar Bakery in Chicago.

“While she was there, like many Americans, she got a snack, I think she’s allowed to do that,” Psaki said during the White House press briefing when asked about Harris’s visit to the bakery.

Psaki also pointed to a couple of statements released by the vice president’s office as evidence that Harris was still leading on the border crisis issue.

“This is absolutely an issue that she remains committed to, is in the lead on,” she said, referring to the vice president.

Psaki clarified that Harris was more focused on handling the “root causes” of migration in the countries of Guatemala, Honduras, and El Salvador than the overall crisis on the Southern border.

She also declined to say whether Biden or Harris were prepared to visit the border to address the ongoing crisis of unattended minors flooding across the Southern border.

“I don’t have any trips to outline or preview,” she said. “What our focus is on is solutions.”