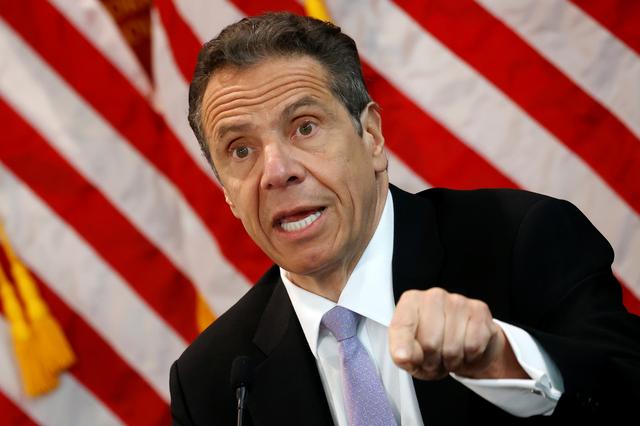 Gov. Andrew Cuomo repealed a measure on Tuesday he had originally signed into law in April 2020 that shielded nursing homes from COVID-19 lawsuits.

The New York Democrat repealed the law as he faces an FBI investigation into his handling of nursing homes during the pandemic. FBI investigators are looking into how the nursing home legal immunity bill made it into the state’s budget legislation just before Cuomo signed it into law, according to THE CITY.

Democratic Assemblyman Ron Kim told The Guardian in May that “the language of the [immunity] bill and the entire proposal was drafted, submitted, and negotiated into law by Governor Andrew Cuomo and his staff.”

New York State Senator Alessandra Biaggi, a co-sponsor of the bill signed into law Tuesday that revoked the legal immunity measure, told the New York Post she was “relieved to see corporate immunity, which was slipped into last year’s budget, fully repealed.”

“This blanket immunity prevented thousands of families who lost loved ones to COVID-19 from seeking legal recourse, and potentially incentivized nursing home executives to cut corners — endangering staff and residents,” Biaggi said, according to the Post.

Cuomo signed the legal immunity measure into law shortly after his administration issued an order on March 25 requiring nursing homes to accept COVID-positive patients from hospitals. Over 9,000 recovering virus patients flooded into nursing homes because of the order, according to a report by New York Attorney General Letitia James. (RELATED: It Has Been One Year Since Cuomo Ordered Nursing Homes To Accept COVID Patients)

The Daily Caller News Foundation reported on May 15 that the Cuomo administration began knowingly undercounting nursing home deaths around May 3, around the same time critics began questioning whether the governor’s order was leading to the state’s nationwide-leading nursing home death toll.

At least 15,557 residents of New York nursing homes, assisted living facilities and other adult care facilities have died from COVID-19, according to the state’s reporting.