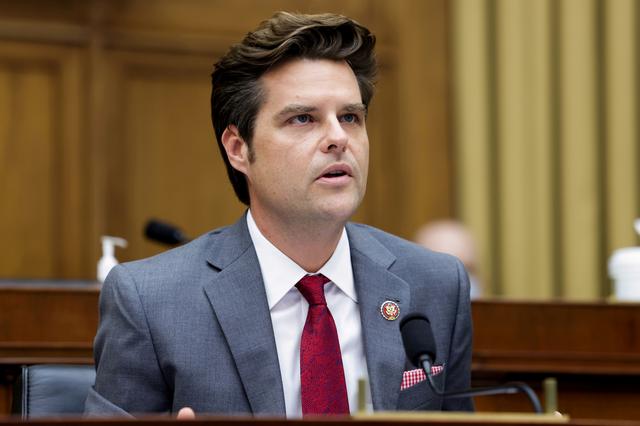 “Congressman Matt Gaetz has never asked me for a pardon,” Trump said in a statement to reporters. “It must also be remembered that he has totally denied the accusations against him.”

The New York Times reported Wednesday that Gaetz privately asked the White House for “blanket pre-emptive pardons” for himself and some of his congressional allies, citing “four people briefed on the exchanges about his pardon request and other Trump confidants” as sources for the article.

A spokesman for Gaetz denied that he privately asked for a pardon, but pointed to public interviews with the congressman who encouraged Trump to issue broad pardons for his allies in Congress to block the “bloodlust” investigations by the left.

“Those comments have been on the record for some time, and President Trump even retweeted the congressman, who tweeted them out himself,” the spokesman told the Times.

In March, the Times broke the story of the investigation into Gaetz and whether he had a sexual relationship with a 17-year-old girl and paid for her to travel with him.

Gaetz denied the allegations and said he and his family were “victims of an organized criminal extortion.”
“No part of the allegations against me are true, and the people pushing these lies are targets of the ongoing extortion investigation,” Gaetz said.