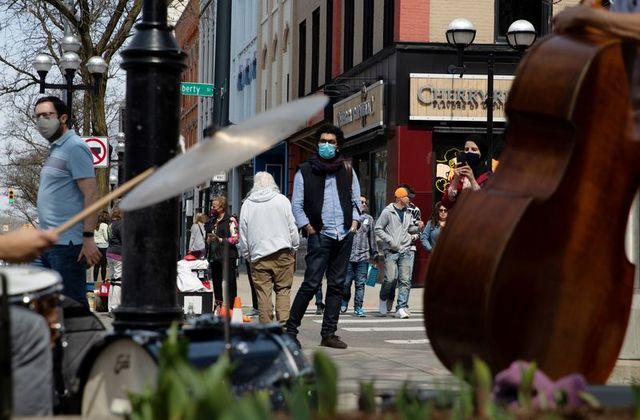 Nearly half of new coronavirus cases coming from these 5 states

New York, Michigan, Florida, Pennsylvania and New Jersey accounted for 44% of all new infections between March 29 and April 4

CDC: More than 4M vaccine doses administered in one day

Nearly half of the nation’s new COVID-19 cases are concentrated in just five states — including New York, which had the highest number of new infections across the country last week, data show.

Together, New York, Michigan, Florida, Pennsylvania and New Jersey accounted for 44% of all new infections between March 29 and April 4 with about 197,500 cases out of around 452,000 seen nationwide, data from John Hopkins University show.

New York, which recorded 52,922 cases last week, or an average of about 7,560 a day, accounted for about 12 percent of the nation’s total cases.

WHAT IS A COVID-19 VACCINE PASSPORT AND HOW WOULD IT WORK?

Just behind the Empire State was Michigan, which has been grappling with a surge of new infections and recorded 47,036 new positives over the last week, or an average of about 6,719 each day — nearly double what it was two weeks ago, data show.

Together, New York and Michigan accounted for 22 percent of all new cases across the nation last week.

The concentration of new cases has prompted some experts and elected officials to call on the Biden administration to ship additional vaccines to hotspots — though the White House has made no indication they plan to shift their policy.

While sending extra doses to hot spots sounds logical, it could mean states that are doing a better job of controlling the virus will see fewer doses, noted Dr. Elvin H. Geng, an infectious diseases professor at Washington University.