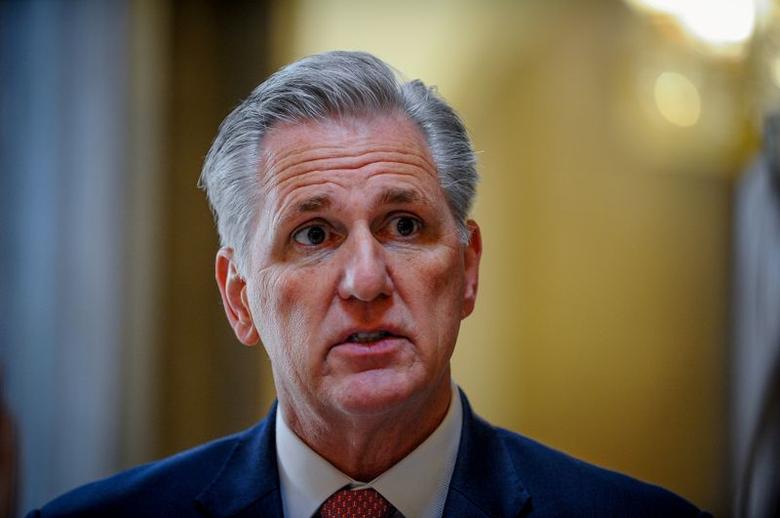 The top Republican in the House of Representatives wants a classified briefing from intelligence officials after the Biden administration disclosed that two Yemeni nationals on the FBI’s Terrorism Watch List were apprehended at the U.S.-Mexico border.

The capture of suspected terrorists “highlights the ongoing national security risk posed by the border crisis,” McCarthy wrote to the officials.

The FBI and CIA did not immediately respond to requests for comment.

McCarthy and other House Republicans traveled to the border in southern Texas to witness the surge in immigrants and the strain that has been placed on holding facilities as a result. They were given a tour by Border Patrol agents and briefings on the situation in El Paso.

During the briefings, agents told legislators that they had apprehended individuals from a slew of countries, including China, Iran, Yemen, and Turkey. Agents said that some were on the Terrorism Watch List.

“These revelations were shocking and concerning, and for those reasons, I felt compelled to share them with the nation,” McCarthy said.

Some Democrats cast doubt on the alleged apprehensions. One, Rep. Ruben Gallego (D-Ariz.), said that he had not heard about any apprehensions of terror suspects.

“Gonna ask for a briefing. Pretty sure he is either wrong or lying,” Gallego said in a tweet last month.

Gallego’s office did not respond to a request for comment.

The risk at the border is compounded by some 1,000 illegal crossers evading capture each day, in addition to the approximately 5,000 being apprehended, McCarthy wrote in the new letter.

“While I am grateful to the Border Patrol for doing all they can, I have great concern about the number of bad actors that have escaped arrest and are residing in the United States,” he said. “We simply have no way of knowing if other terrorists have crossed the border undetected.”

The White House earlier Tuesday alleged that encounters of known or suspected terrorists at the border is “very uncommon.”

A Customs and Border Protection spokesperson told The Epoch Times that they could not provide the number of terror suspects captured at the border in the current fiscal year and the two previous fiscal years.

“Our border security efforts are layered and include multiple levels of rigorous screening that allow us to detect and prevent people who pose national security or public safety risks from entering the United States. DHS works with our international partners to share intelligence and other information, including to prevent individuals on the terrorist watchlist from entering the United States,” the spokesperson said via email.

“CBP adjudicates individuals encountered at and between our ports of entry against several classified and unclassified databases to determine if they pose a threat to national security, consistent with the law. While encounters of known and suspected terrorists at our borders are very uncommon, they underscore the importance of the critical work our agents carry out on a daily basis to vet all individuals encountered at our borders.”

The Department of Homeland Security said in 2019 an average of 10 known or suspected terrorists are prevented from entering the United States on a daily basis, though the majority are encountered at airports or while still overseas during the visa application stage.