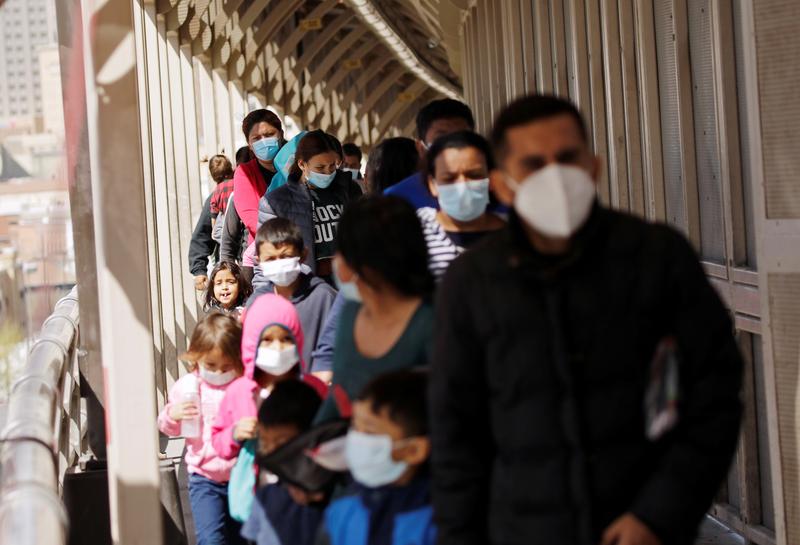 McALLEN, Texas—Adults using unrelated children to gain quick access to the United States after crossing the border illegally became a problem during the 2019 border surge. This year has all the hallmarks of a repeat, border experts warn.

In one 2019 case, a Honduran man bought a 6-month-old baby in Guatemala to pose as a family and get priority release. In another case, a child-for-rent recycling ring was operating between Houston and Mexico.

At the time, the Department of Homeland Security set up rapid DNA testing, which revealed a 30 percent rate of fraud in the two test areas of El Paso and Rio Grande Valley, Texas.

Agents uncovered 921 fake documents, and 615 individuals were prosecuted for trafficking or smuggling a child, according to Kevin McAleenan, who was acting secretary of the Department of Homeland Security (DHS) at the time.

“That tells me that we might be scratching the surface of this problem, and the number of children being put at risk might be even higher,” McAleenan said during a congressional hearing on July 18, 2019.

“Everybody knows that if they bring a child, they’ll be allowed to stay in the United States—they call it a ‘passport for migration,’” McAleenan said at the time.

During May 2019, at the height of the crisis, more than 84,000 individuals within family units were apprehended by Border Patrol.

In 2014, fewer than 1 percent of all men apprehended by Border Patrol in the Rio Grande Valley Sector had a child with them. That number increased to 50 percent in 2019, according to Rodolfo Karisch, former chief Border Patrol agent for that sector.

Currently, the number of individuals within family units who are apprehended by Border Patrol is increasing sharply by the month.

In February, almost 19,000 family unit individuals were apprehended by Border Patrol—more than double that in January, according to Customs and Border Protection (CBP). March numbers are even higher.

The border facilities are so overwhelmed that, in some areas, families are being released into the United States without being given a date to appear in immigration court to start their case.

Former Acting CBP Commissioner Mark Morgan said he believes children are currently being rented to adults, but it’s going to get worse.

“I think it’s happening right now. [As] to the magnitude, I don’t know,” Morgan told The Epoch Times on March 30. Morgan is currently a senior fellow with the Federation for American Immigration Reform.

“My understanding is that the same amount of resources that we sent down in 2019, that same surge, to really be able to find out and determine fake families—it’s not there. At the end of the day, no, they can’t definitively determine who these people are every single time.”

Morgan predicts that once the Title 42 public health emergency restrictions—which are still being used in some border areas to turn back families—are lifted, the number of unaccompanied minors will decrease and the number of families will increase.

“That’s the moment where we really should be concerned. That’s when ICE should just deploy a lot of resources down there because … that’s when we’re really going to see that abuse happening,” he said.

“When I was the ICE director, we had criminal investigations where children were being rented by cartels to pose as a family unit. Once they get released, they get sent back to Mexico and re-rented again. It happens,” Homan said on March 30.

“No one’s celebrating more this presidency than the criminal cartels in Mexico. I’m sick of them saying they’re being humane. When you send enticements out that put the most vulnerable people in the arms of criminal cartels, it’s dangerous.”

DHS and CBP officials didn’t respond by press time to several requests by The Epoch Times to outline the steps currently being taken to ensure that families are legitimate.