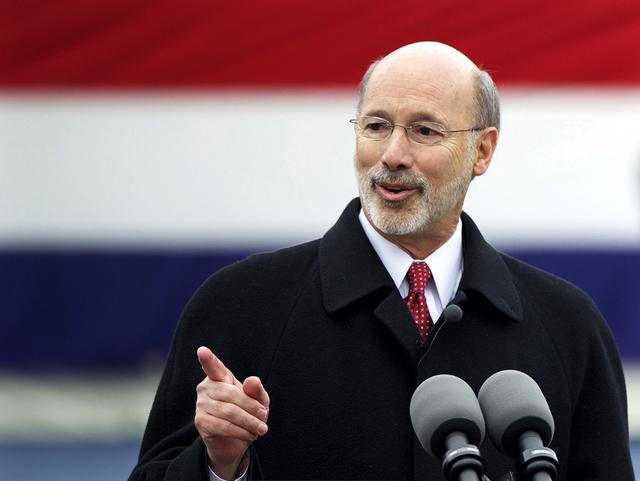 Pennsylvania Gov. Tom Wolf on Tuesday said he would veto a bill seeking to ban transgender athletes from competing in school-sponsored girls’ sports.

The proposed legislation, like many of its kind, holds that forcing women to “compete against biological males playing on women’s sports teams” is a violation of Title IX, the federal law that prohibits sex-based discrimination in education.

State Rep. Martina White, one of the bill’s primary sponsors and a former college field hockey player, said the inherent physical differences between boys and girls give male-born transgender athletes an unfair advantage over their female counterparts.

“Science and common sense tell us that males are generally bigger, faster and stronger than females,” said White, reported The Morning Call. “They have larger hearts and lungs, denser bones and stronger muscles. These are all advantages that cannot be undone. That’s why we have women’s sports as a separate category.”

Wolf, a Democrat, vowed to veto the bill if it is forwarded to him.

“I’ll veto this discriminatory ban if it reaches my desk,” Wolf wrote on Facebook.

“To Pennsylvania’s trans youth: You belong. You are valued,” he added. “Participate in the school activities that make you happiest. I’ll be cheering you on.”

In Pennsylvania, it takes a two-thirds majority in both chambers of the state legislature to override a governor’s veto.

Pennsylvania is among more than 20 states where lawmakers are pushing for restrictions on transgender athletes in girls and women’s sports. A number of the bills are in response to President Joe Biden’s executive order, which states that children should be able to “learn without worrying about whether they will be denied access to the restroom, the locker room, or school sports.”

Miguel Cardona, who was confirmed in March as the new U.S. Secretary of Education, also said during his Senate confirmation hearing that he believes it’s the right of male-born transgender students to compete in girls’ sports.

“I think it’s critically important to respect the rights of all students, including students who are transgender, and that they are afforded the opportunities that every other student has to participate in extracurricular actives,” Cardona said at that time.