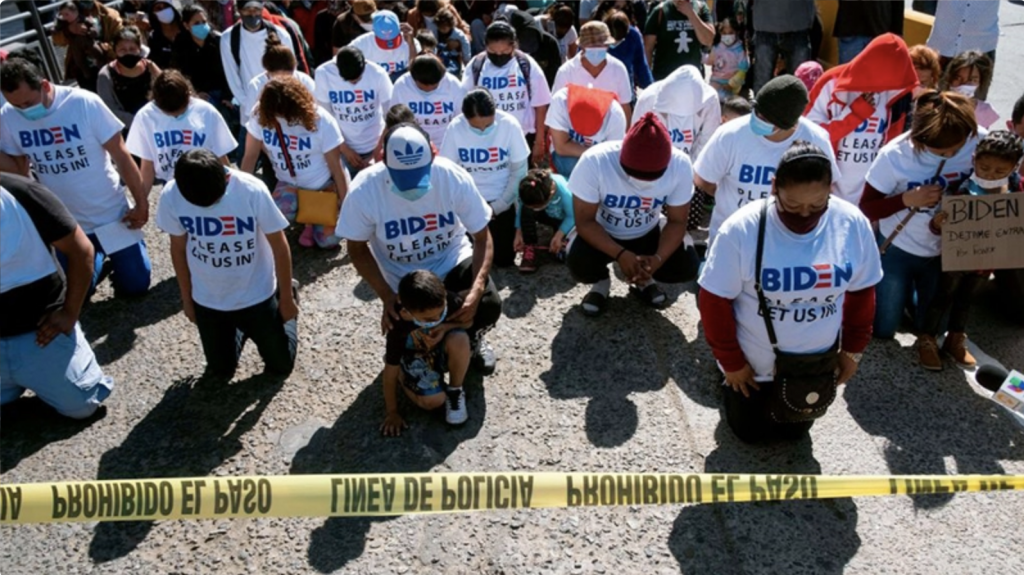 Internal documents outline that the Biden administration is planning to integrate 117,000 migrant youths and children in 2021, an exponential increase on previous years.

The information, obtained by Axios, also indicates that shelter facilities are expected to be overrun this month, and that Biden will accelerate the release of migrants into the US to avoid worsening the crisis.

The information ‘leak’ is reported to really be part of a media campaign designed to deflect from liberal criticism over the resurgence of ‘kids in cages’ under Biden.

Administration officials are claiming they have no choice but to release undocumented migrants into the country.

Rob Law, the director of regulatory affairs and policy at the Center for Immigration Studies told Breitbart News that “This is exactly their intention — getting alien minors into the country.”

Law notes there is a “level of coordination that seems to be going on right now” between US authorities and coyotes and cartels who bring the minors to the border under contracts with illegal parents inside the US.

He adds that “The language coming out of the Biden administration is no different than the seductive terminology that the cartels and the coyotes use to get people to fork over money they don’t have to take the dangerous journey north to a place that they have no lawful basis to be.”

“They’re encouraging the trafficking of these children … and have no respect or compassion for Americans who lose economic opportunities because of their policies on legal and illegal immigration,” Law added.

Law continued, “The goal is to get them here because once they’re here then they’re never going to leave. And the results will be substantial taxpayer resources that are drained, and schools overwhelmed by children who don’t speak the language. and aren’t at the appropriate educational level.”

Appearing on Fox News, Texas Republican Rep. Michael McCaul accused Biden’s Homeland Security Secretary Alejandro Mayorkas of sending a “terrible message” to those attempting to get across the border.

McCaul urged “I live in Texas, a border state, I chaired the Homeland Security Committee, and I probably know the border better than anybody in Congress. I’m just telling you, the green light is on now. We are open for business again. It’s the worst message to be sending to the traffickers who are smuggling these kids across the border.”

The Congressman continued “To see a 45% spike which will take us back to the Obama administration all over again. With Mayorkas, I’ve known him for a long time. When he says we are not saying don’t come, we are just saying don’t come now. This is a terrible message.”

McCaul emphasised that “They know, they are very smart down there. It’s a business operation, and when you hear that messaging coming out of the White House, we will damage all the good we did in the last four years to stop illegal immigration is going to be damaged in months.”