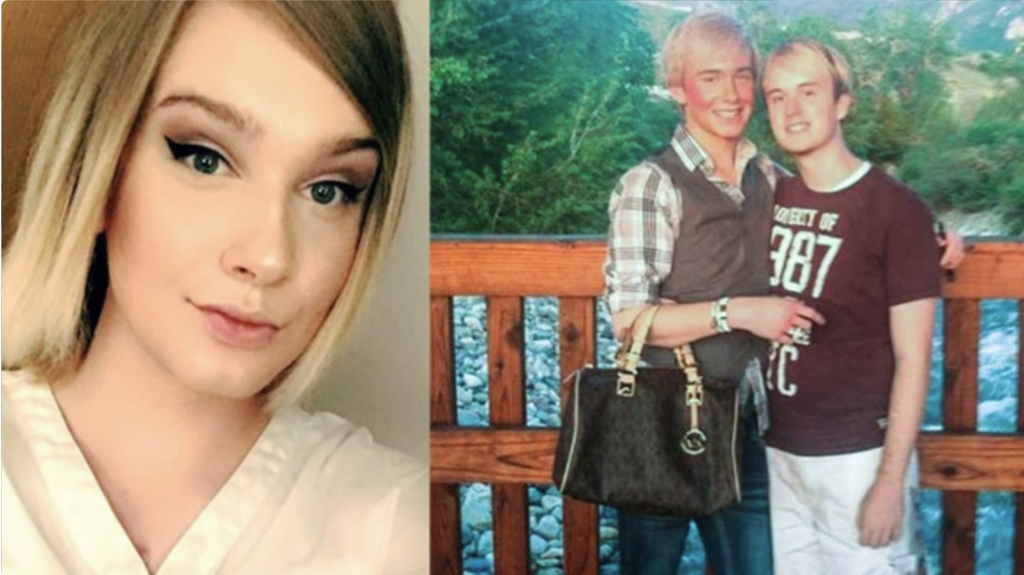 Pinder was initially questioned by police after Google filed a CyberTip claiming the transgendered individual used their services to host child pornography. Initially, Pinder claimed that they did not have child pornography in their possession, and blamed her boyfriend, Strebel, who Pinder says had access to the Google account. Police say the investigation into Pinder began in 2019 with Google’s complaint.

After being confronted, Pinder told police that while the couple found individuals who appeared to be young while browsing for pornography on the popular social media site Tumblr – which allegedly banned pornography from the site years ago – they would only have accidentally downloaded images of underage individuals.

When police initially contacted the couple, they voluntarily offered to let police examine their cell phones to determine if they contained child pornography. The couple went inside their home, from which they offer daycare services to small children, but after 30 minutes reappeared and declined to show police their phones. After police obtained a warrant, they say they found 125 images depicting child pornography on Pinder’s phone.

According to The Post Millennial, it appears that both Pinder and Strebel work at the daycare center operating from their home address, which local media says is owned by Strebel’s mother. The Post Millennial is also the first outlet to report that Pinder is transgendered and is biologically a man.

The outlet also reports that “Pinder was also the subject of a previous Division of Child and Family Services investigation into an alleged “hands-on” sexual offense against a child, but the case was dropped for unknown reasons.”

Prior to working with small children at Pinder’s boyfriend’s family home, Pinder was a transgender YouTube star, who used the social networking site to document their “transition” from male to female.