In total, according to Newsbusters’ Nexis search, the nursing home scandal received 51 seconds of coverage across the three shows — and both came on “NBC Nightly News” — for almost all of 2020. The other two shows did not bring up Cuomo’s nursing home debacle, the research noted. (RELATED: Federal Prosecutor: Cuomo’s Undercounting Of Nursing Home Deaths May ‘Merit Federal Criminal Charges’)

The limited coverage on “Nightly News” during this time period failed to dive into the true issues behind the directive, which ordered nursing homes to accept patients who had previously tested positive for COVID-19. For the first reference, correspondent Cynthia McFadden reported that Cuomo had “reversed his controversial policy forcing nursing homes to take back COVID patients.”

This report lasted 13 seconds and occurred on May 11, 2020, according to Newsbusters. 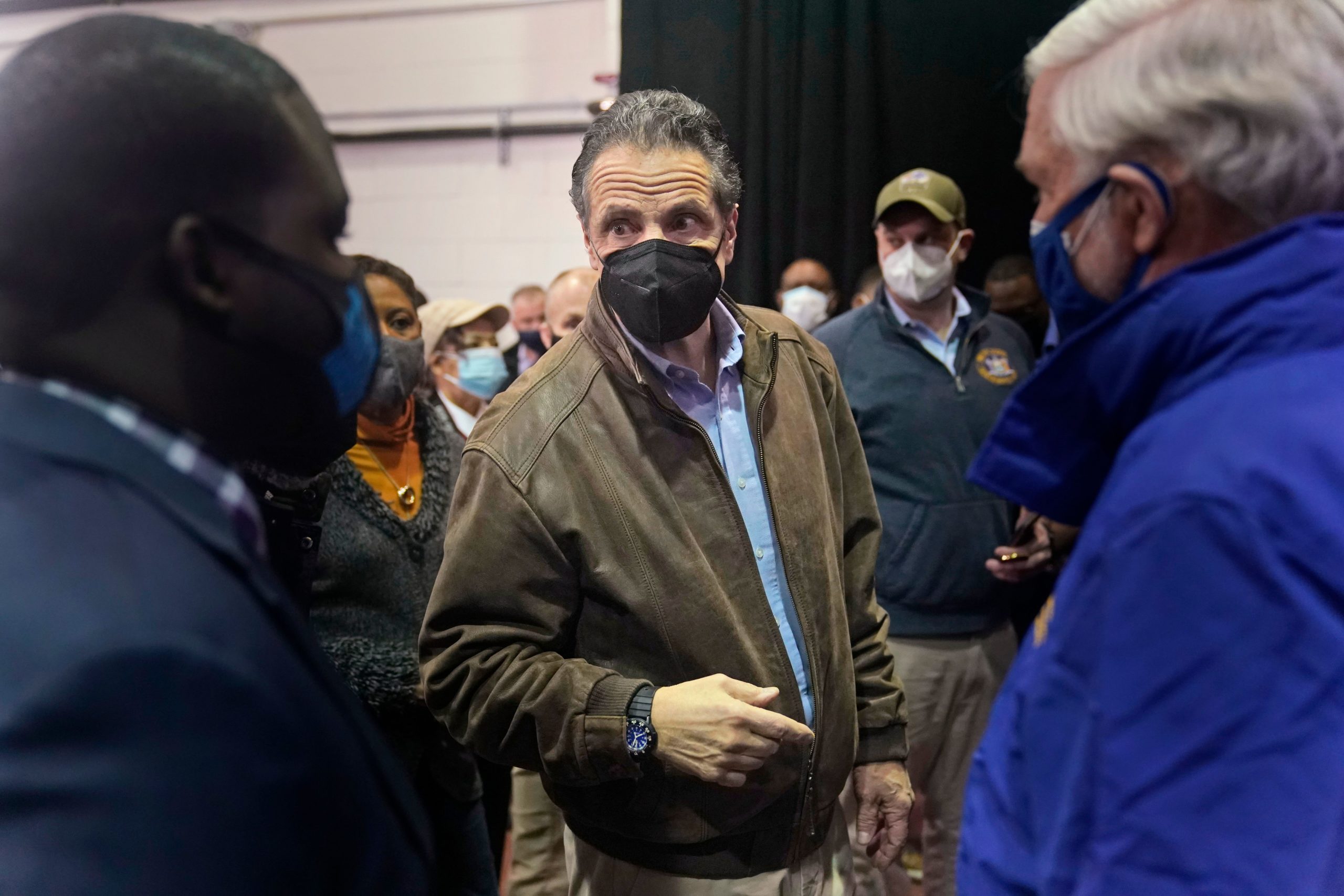 New York Governor Andrew Cuomo talks to people after a press conference before the opening of a mass Covid-19 vaccination site in the Queens borough of New York, on February 24, 2021. – The site run by the Federal Emergency Management Agency (FEMA), along with another in Brooklyn, gives priority to local residents in an effort to equitably distribute the vaccine. (Photo by Seth Wenig / POOL / AFP) (Photo by SETH WENIG/POOL/AFP via Getty Images)

NBC’s Gabe Gutierrez covered the second report on July 20 when he asked Cuomo if he would issue “that same directive” again if given a chance for a do-over. The exchange, which saw Cuomo fail to directly answer the question, went on for 38 seconds, Newsbusters reported.

Since the new year, more information has come out about New York’s nursing home policy. Cuomo’s administration reportedly hid the true number of nursing home deaths, admitting in late January that the number of deaths was nearly 50% more than the official tally from the New York State Department of Health at the time.

The three nightly shows have begun to cover the scandal since these new 2021 revelations — but the coverage is still lackluster, according to Newsbusters’ report. From Jan. 28 to Feb. 25, “ABC World News Tonight” spent two minutes and 54 seconds reporting about Cuomo’s nursing home scandal. “CBS Evening News” used three minutes and 11 seconds of air time to cover it and “NBC Nightly News” dedicated four minutes and 51 seconds, Newsbusters reported.

In total, the three shows spent 10 minutes and 56 seconds over the course of a month reporting on Cuomo’s nursing home debacle. The trio of nightly shows, by comparison, spent eight minutes and 51 seconds covering Republican Texas Sen. Ted Cruz’s trip to Cancun while his state suffered from power outages in February, the report added.

ABC, CBS and NBC did not immediately respond to requests for comment from the Daily Caller.