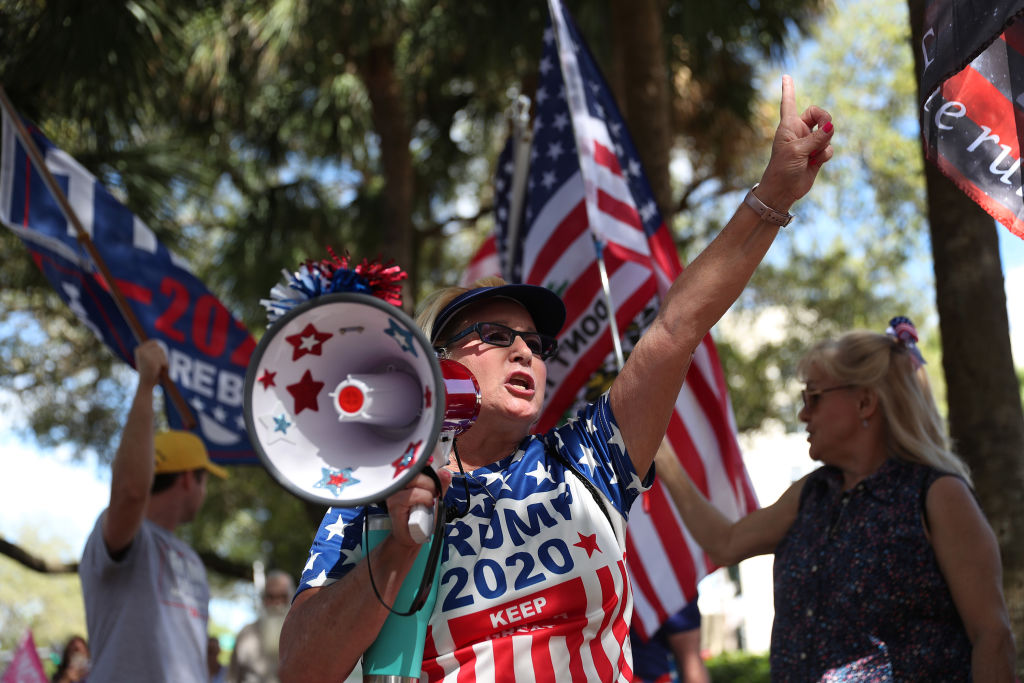 ORLANDO, FLORIDA – FEBRUARY 26: A visitor wears a face mask with a picture of former President Donald Trump on it during the Conservative Political Action Conference held in the Hyatt Regency on February 26, 2021 in Orlando, Florida. (Photo by Joe Raedle/Getty Images)

“So we believe that Trump is the heart and soul of the GOP and they can’t ignore him,” Trump supporter Marc Bourdeau said. “There’s 72 million of us who like the guy and voted for the guy.”

The President is expected to attack Joe Biden’s immigration policy and discuss plans to score Republican victories in 2022.

America First. Gen Z sees the future and they are willing to make it happen. #CPAC2021 @CPAC #AmericaFirst https://t.co/3grN7nY4N2 pic.twitter.com/Qsm4hOXNCH

“They are not going to take my freedom of speech away,” Trump supporter Henrietta Amey said. “This is why I am here. I’m here to support President Trump all the way. He is the best president in my lifetime and he has done more for us and all the other presidents put together.”

CPAC attendees eagerly awaited the 45th President’s keynote speech. He is the final speaker of the four day event. It’s clear President Trump remains a prominent figure within the Republican Party even after leaving office.