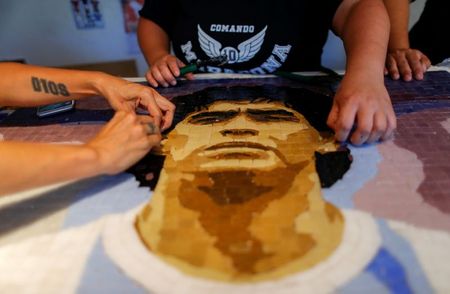 The visual artist, part of a group called Comando Maradona, unveiled on Thursday a colorful mural of the Argentine player and legend who died on Nov. 25 last year, sparking an outpouring of grief from Buenos Aires to Naples, Italy.

The work, in front of the Argentinos Juniors stadium where Maradona played the early years of his career, is part of a series of mosaics the group has produced for the last three months, to honor the day of his death.

“We are transforming our pain into a mural in a public space,” López Lauch, who makes up the group with Paula Soto and Gabriela Pereyra, told Reuters.

The mosaics, made up of small tiles to ensure they are durable and easy to fix in case of vandalism, show Maradona in a jersey of one of the teams he played for, looking at the horizon.

Residents from the community are invited to add the final pieces to the mosaics, a reflection of how Maradona was a national hero despite well-documented issues of addiction.

“Maradona is a sample of Argentina, an imprint of our nation, part of our DNA, part of our blood,” López Lauch said.

Maradona, a world champion with the Argentine team at the 1986 World Cup, died in November after battling illness and drug and alcohol addiction. He was honored with a period of lying in state with thousands of people coming to pay their last respects. 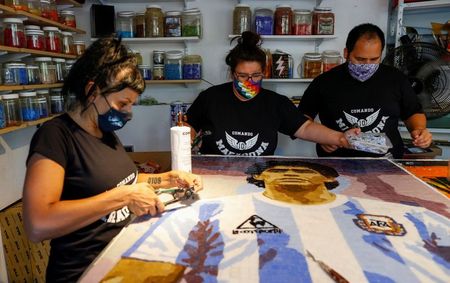 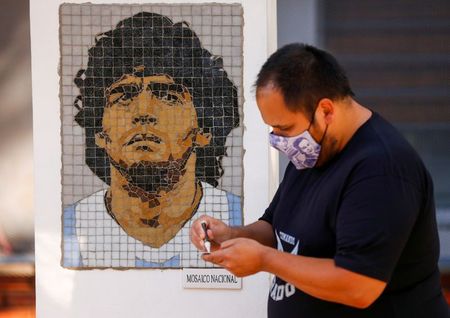 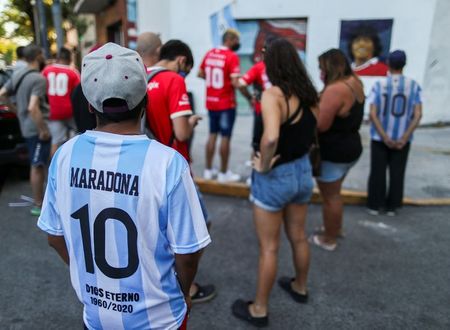 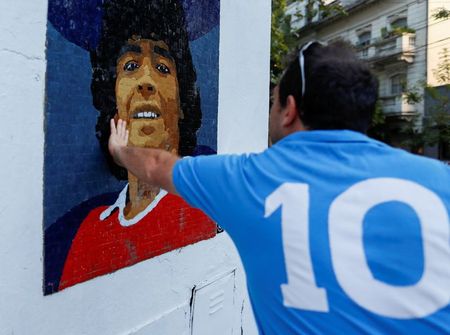