Nadal pulls out of Rotterdam Open with back issue 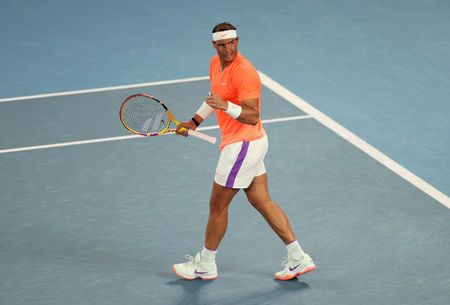 (Reuters) – World number two Rafa Nadal has withdrawn from next week’s Rotterdam Open due to a back injury, the Spaniard said on Thursday.

The 20-time Grand Slam winner has been struggling with a back issue since the build-up to the Australian Open and was forced to skip Spain’s ATP Cup ties earlier this month.

“It is with great sadness that I have to forfeit from Rotterdam,” Nadal said in a statement https://www.abnamrowtt.nl/en/news/headlines/48th-edition/nadal-pulls-out-of-rotterdam.

As most of the fans know, I suffered some back problems in Australia that started in Adelaide and continued during Melbourne. We found a temporary solution that allowed me to play without pain in the second week of the tournament.

“Once I got back to Spain I visited my doctor and together with my team they’ve advised not to play this upcoming week.”

Nadal has not played in Rotterdam since 2009, and world number three Daniil Medvedev will replace him as the top seed at tournament, which will run from March 1-7.

Despite the injury, Nadal did not drop a set at the Australian Open until the quarter-finals, where he was knocked out by Greek Stefanos Tsitsipas last week.

(Reporting by Hardik Vyas in Bengaluru; Editing by Toby Davis)