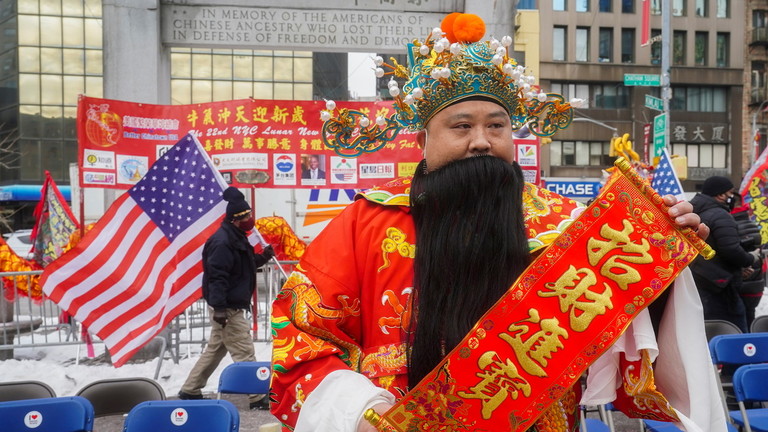 The New York chapter of the oldest US Asian-American civil rights group has denounced critical race theory as actual racism and urged its members to resist, as the Biden administration seeks to mandate CRT-based ‘equity.’

CRT “is a hateful, divisive, manipulative fraud,” the Chinese American Citizens Alliance (CACA) of Greater New York said in a statement on Tuesday. It is “racist, repressive, discriminatory, and divisive” from its very roots, while posing as sensitivity training, anti-racism and diversity, equity and inclusion.

The CACA called out CRT’s “infiltration” of schools through things such as the ‘ethnomathematics’ project in Seattle, Washington, as well as the New York Times’ Pulitzer Prize-winning ‘1619 Project’.

A significant portion of the statement deals with education, where Asian-Americans say they face discrimination for not being considered diverse, but “white adjacent” instead.

Pointing out that CRT reduces everything to skin color, the CACA argues it will inevitably collide with immigrants who arrive “with little more than their human capital” and are “grateful to be here, work hard and educate their children hard, and believe in the American dream under the Constitutional guarantee of equal rights.”

Researcher Chris Rufo, who was mentioned in the letter as one of the critics of CRT, welcomed the statement and noted that many Chinese-Americans fled the Cultural Revolution in their home country and don’t want to see it in the US.

Welcome to the fight, friends. Swords up! ⚔️ pic.twitter.com/JFxUeAVNPG

Rufo caught the attention of the Trump administration last year by publishing the contents of sensitivity training seminars sold by diversity consultants to US government agencies. His revelations directly led to the executive order banning “race or sex stereotyping or scapegoating” in the US government or the military, in September 2020.

The Biden administration revoked that order last month, however, and made ‘equity’ – equality of outcomes, which requires discrimination against some groups and in favor of others – a cornerstone of its foreign and domestic policies.

This has the Chinese-American Citizens Alliance alarmed. They call critical race theory “today’s Chinese Exclusion Act” and the “real hate crime against Asians.”

“We need to recognize CRT through its fraudulent packaging, call it out, resist,” they urged their members in the statement.

Originally established in 1895 in San Francisco, California to fight the Chinese Exclusion Act – a 1882 law prohibiting all immigration from China to the US – the CACA is considered the oldest Asian-American civil rights group in the US. Its New York chapter was re-established in 2016 after a nearly 30-year hiatus.