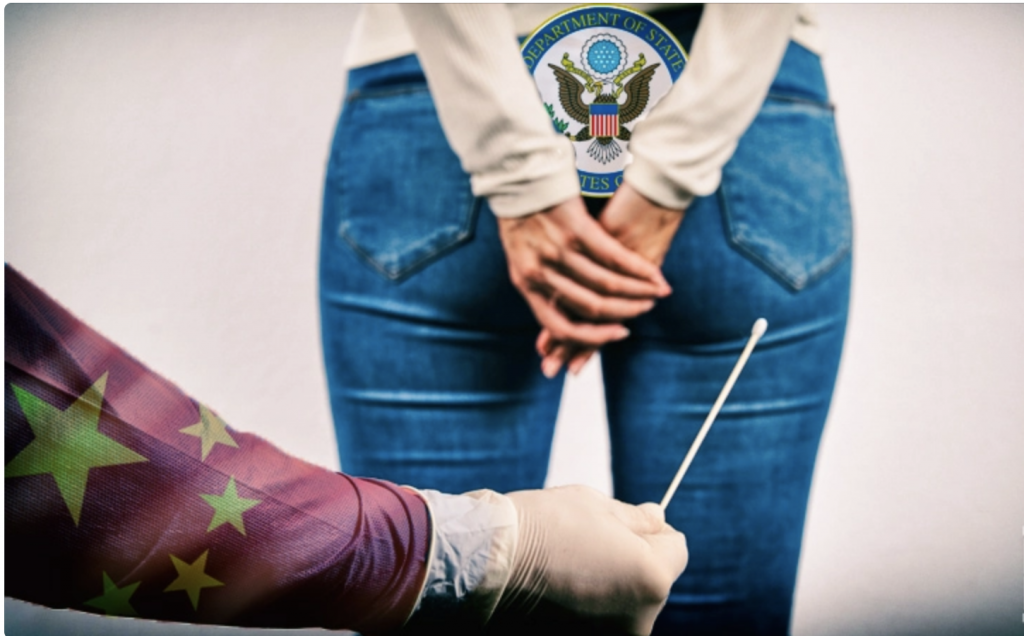 The claims from State Dept. staff first surfaced in reports from Vice and The Washington Post, with the unidentified diplomats labeling the procedure “undignified.”

“The State Department never agreed to this kind of testing and protested directly to the Ministry of Foreign Affairs when we learned that some staff were subject to it,” a State Dept. rep said in a statement to Vice, adding the department is committed to preserving the “dignity” of diplomats.

Officials in China meanwhile claimed the test, reportedly administered to an unknown number of officials, was given “in error,” claiming diplomats are not required to undergo the invasive test.

“We have instructed staff to decline this test if it is asked of them, as was done in the past,” a Beijing spokesperson stated.

China’s story changed on Thursday when foreign ministry spokesman Zhao Lijian claimed the test was never administered to US diplomats.

In recent months, the technique has been touted by China’s National Health Commission as the most accurate way to detect the Covid-19 virus.

The CCP claims, however, that the tests are mostly administered to people under quarantine, and that they are not in wide use because the method is “not convenient.”