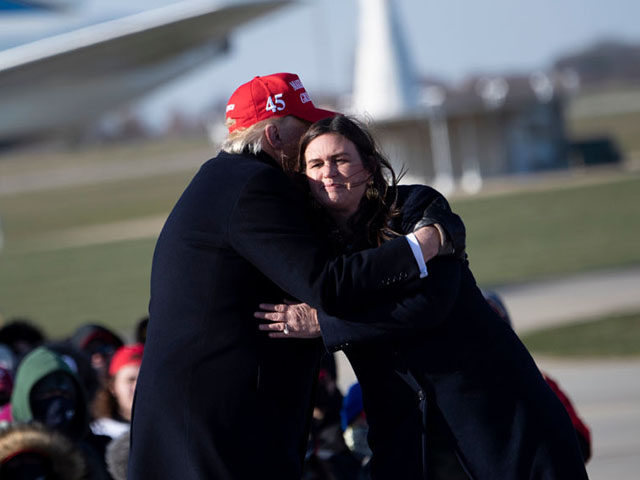 Formal meetings with prospects could begin as early as March, according to Breitbart News.

Sims, according to a report, is seriously weighing a bid to replace retiring Sen. Richard Shelby (R-AL). Sims is close with Donald Trump Jr., Ivanka Trump, and Jared Kushner. After his White House stint, he was brought on by the Republican National Committee to oversee speechwriting at the 2020 convention before moving to his post at ODNI under then-Director John Ratcliffe.

Blanchard, also running for Alabama’s open Senate seat, got an early jump on the field, releasing a video announcement pledging she would carry on Trump’s legacy. Sims and Blanchard may be joined in the Republican primary by Reps. Mo Brooks (R-AL) and Gary Palmer (R-AL), as well as businesswomen Jessica Taylor and Katie Boyd Britt.

Sean Hannity and Rep. Matt Gaetz (R-FL) have publicly advocated for Grenell to consider a run against Gov. Gavin Newsom (D). However, Grenell acknowledged on Hannity earlier in February that any Republican running for statewide office in California is “going to have a very tough time.”

In Arkansas, Sanders is the frontrunner since launching her bid for the governor’s mansion with Trump’s support. That is in contrast to current Gov. Asa Hutchinson (R), who is a regular critic of Trump.

Strategic planning is also playing out in House races, with Pierson having been endorsed by former Alaska Gov. Sarah Palin (R) to replace the late Rep. Ron Wright (R-TX). And former White House aide Miller is preparing a primary challenge against Rep. Anthony Gonzales (R-OH), who voted to impeach Trump.

Trump has received dozens of requests from prospective candidates who wish to earn his support, and he is fielding them as he sees fit, rejecting meetings with former South Carolina governor and 2024 hopeful Nikki Haley and other House and Senate GOP candidates vying for his ear.