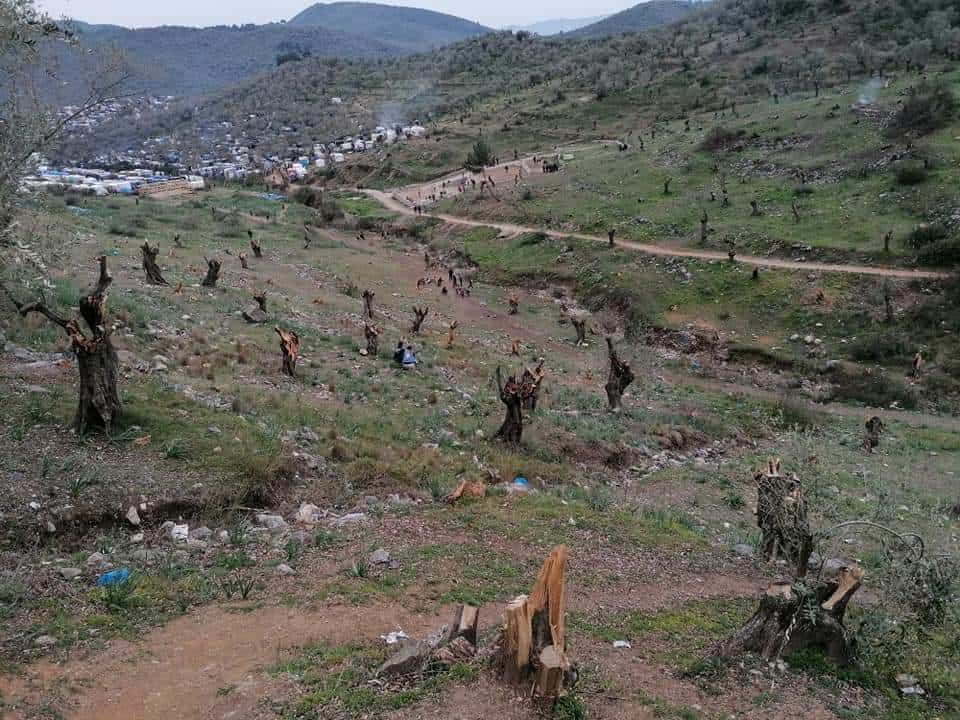 A shepherd on the Greek island of Lesvos says he is at his wit’s end as illegal migrants have been stealing his livestock and slaughtering them for meat.

Fotis Giounis lives near a large asylum camp in Kara Tepe where over 7,000 ‘refugees’ are currently staying.

Giounis says gangs of migrants have entered his property in recent days, grabbing choice animals and butchering them on tree stumps before hauling the meat back to camp.

Desperate shepherd near Mavrovouni migrant camp in Lesvos, after his flock has been attacked by investors.

The herdsman found carcasses of his goats and sheep flung into a stream and nearby grasses.

“I wonder, do they [authorities] see people with big bags of meat – over 100 kilos – and they do not stop them? Aren’t they looking to find where the meat comes from? I am desperate,” Giounis told StoNisi.

“I am horrified by the fact that groups of armed people are wandering here in the mountains, looking for our farms – and apparently they are familiar with the use of knives.”

Giounis is distraught as the animals can take years to raise and his family depends heavily upon them for survival.

Ten of his baby sheep are now orphans.

The shepherd says he now has to spend days away from his children in order to guard his animals, while migrants stay in high-priced tents nearby.

Migrants have ravaged the ecosystem and natural resources on Lesvos, often at high economic cost to the island’s long-time residents.

The demolition of the beloved plants served as an assault on Lesvos’ landscape, culture, and economy, as olive oil is one of the Greece’s most important exports.